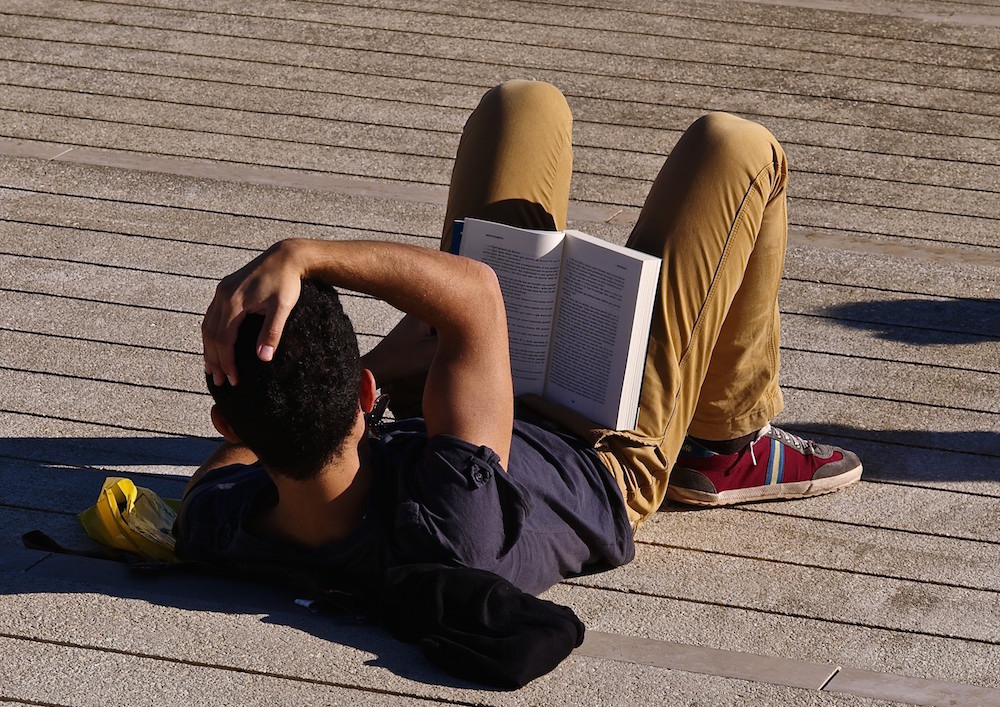 Who says your summer reading must be as slight as a string bikini? Every year at Zócalo Public Square, we pack our beach bags with fresh nonfiction titles recommended by some of our favorite recent event guests and contributors. This year’s must-read list includes accounts of famous former slaves, forgotten domestic terrorism, an all-woman special ops team, a legendary soul singer, and a scarily relevant civil war. Plus leadership advice for when the vacation ends.

Professor of History and Transborder Studies and Director of the School of Historical, Philosophical, and Religious Studies at Arizona State University

The Strange Career of William Ellis: The Texas Slave Who Became a Mexican Millionaire

In today’s world, where business success is defined by an orange white man, it is refreshing to read a book about a truly self-made figure, William Ellis. Born a slave in Texas in 1864, Ellis—or Guillermo Eliseo, as he eventually became known in Manhattan at the turn of the 19th century—navigated between the Confederate South and Mexican North to emerge as one of the richest cotton moguls to ascend the heights of American capitalism. Karl Jacoby’s artful rendering of this life-less-ordinary reveals a man who leveraged the ambiguity of race in the U.S.-Mexican borderlands to survive and thrive in the land of opportunity. This is a rags-to-riches story for the new millennium and a new America.

President of the Annenberg Foundation Trust at Sunnylands, professor and Annenberg Family Chair in Communication Leadership at the University of Southern California, and author of Let the People Rule: Theodore Roosevelt and the Birth of the Presidential Primary

Once again, Adam Hochschild (King Leopold’s Ghost, To End All Wars) brings an important chapter of history to life. With vivid portraits of the young men and women—including leading journalists such as Ernest Hemingway—who were caught up in a great cause, he helps us to understand their passion as well as the moral ambiguity of a war against fascism during which the leaders of the Spanish Republic turned to and embraced the repressive regime in the Soviet Union when the United States refused to aid the forces of democracy. At a time when a new authoritarianism that one leader has called “illiberal democracy” has taken over in Hungary and Poland, and is on the rise in nations around the world, Spain in our Hearts is both a great book to read and chillingly relevant.

Picturing Frederick Douglass: An Illustrated Biography of the Nineteenth Century’s Most Photographed American

Lin-Manuel Miranda reads a book on Alexander Hamilton for a getaway; let’s see what happens when the new book on Frederick Douglass gets onto the summer vacation reading list. Picturing Frederick Douglass is the one to pick up. Inspired by and including transcripts of Douglass’s Civil War speech about the importance of pictures for America’s vision of itself, the book is beautifully illustrated, containing the largest selection of images of Frederick Douglass—the most photographed American man in the 19th century—in one book. It also contains powerful writing including an introduction by the authors, an essay by Henry Louis Gates, Jr., and one by Kenneth B. Morris, Jr., a direct descendent of Douglass.

Days of Rage: America’s Radical Underground, the FBI, and the Forgotten Age of Revolutionary Violence

If you’re a late Gen X’er like me you may vaguely remember the events surrounding Patty Hearst’s kidnapping by a group called the Symbionese Liberation Army, along with the bombing of a restaurant in Lower Manhattan by an organization named F.A.L.N. But what Bryan Burroughs does here is draw one of those detective maps on a wall, connecting dozens of homegrown terrorist groups with threads of shared actors and philosophies, revealing the 1970s to be one of the greatest periods of terrorism in American history. In 1972 for example, there were more than 1,900 domestic bombings perpetrated by an array of mostly left-wing groups, and while relatively few people were killed, Burroughs clearly demonstrates that this was more due to good fortune and bombers’ ineptitude than intent. The subtitle of the book—“the Forgotten Age”—is accurate, but with this fast-paced yet comprehensive book, Burroughs helps us to remember.

What Works: Gender Equality by Design

One of my favorite books of the past year was What Works by Iris Bohnet, a behavioral economist at Harvard’s Kennedy School. Bohnet does a masterful job of not only compiling all the key research on the power of unconscious bias, but she tells compelling stories of how data, transparency, and simple and elegant designs can lead not only to a fairer world, but a better one—who wouldn’t want the best talent, regardless of gender, in orchestras, on trading room floors, and operating on loved ones? A favorite story: the women at two of the biggest stock brokerage firms earned about 60 percent of what their male counterparts earned. Everyone assumed the women just weren’t as good, or as “hungry.” A class action lawsuit, and a data analysis by the Wharton School revealed that the women were given the worst-performing accounts to start with. Designing a fairer system for assigning accounts erased the pay gap and the companies prospered.

Host of NPR’s “Morning Edition” and author of Midnight in Siberia: A Train Journey into the Heart of Russia.

Kill ‘Em and Leave: Searching for James Brown and the American Soul

It’s a beautifully written fresh account of James Brown’s life, confronting the musician’s dark past, but also digging for the nuance and truth behind a man who was well known but not well understood. It’s an extraordinary journey full of true characters.

Edgar Award-winning author of the “Mas Arai” mystery series. The sixth, Sayonara Slam, was released in May.

Where the Dead Pause and the Japanese Say Goodbye: A Journey

Mockett’s book is subtitled “A Journey,” and a journey it is. The reader will be whisked on a ride through tsunami- and earthquake-ravaged Japan, the real practice of Zen Buddhism, and grief from losses, both collective and personal. As we reflect on the past relationship between the U.S. and Japan, this read is definitely a timely one.

Author of Melville in Love: The Secret Life of Herman Melville

The Whole Harmonium: The Life of Wallace Stevens

Wallace Stevens pulled off one of the great balancing acts of the 20th century, writing brilliantly imaginative poetry in hours stolen from his business career as an insurance executive in Hartford, Connecticut. How the bean counter responsible for surety claims lived inside the same head as the lyric poet whose romantic visions rivaled those of Keats and Shelley is the puzzle that Paul Mariani explores with great intelligence and sensitivity in this definitive biography.

Time political correspondent and author of Broad Influence: How Women Are Changing the Way America Works

Ashley’s War: The Untold Story of a Team of Women Soldiers on the Special Ops Battlefield

When I was researching my chapter on women in the military I came across Gail, then her book came out and we became friends. I was blown away by her depiction of women on the front lines. In her book, you really live the experience of what an amazing job they are doing to contribute to our country’s defense.

The Future of Leadership: Leveraging Influence in an Age of Hyper-Change

This short (121 pages) but powerful book provides leadership strategies for a modern world. If you think of yourself as a future leader you must prepare for the future of decision-making. Like Machiavelli centuries ago, Genovese provides sage advice for the leaders of tomorrow.