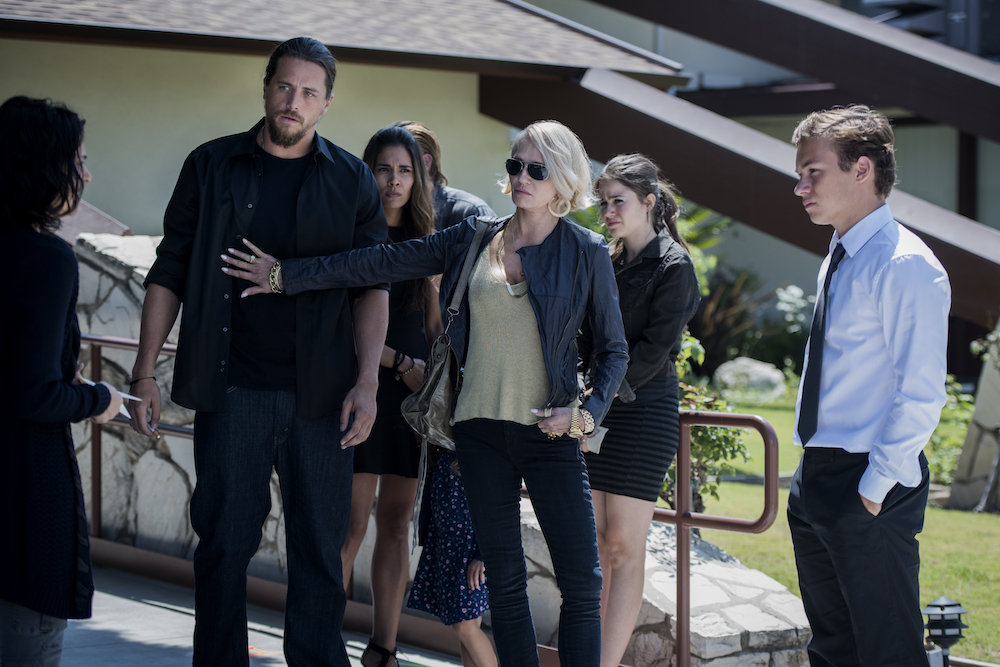 At first glance, the setting for Hollywood’s newest gangland drama might be jarring: northern San Diego County, in the small city of Oceanside.

But you really shouldn’t be surprised, at least by the location, if you decide to check out the Turner Network Television’s Animal Kingdom, about a violent crime family headed by a very scary and sun-bleached Ellen Barkin. Oceanside is exactly what Hollywood is looking for in California these days—and not just because a gangsters-by-the-sea story makes it so easy to mix TV’s favorite forms of titillation: attractive people wearing swimsuits and shooting guns.

Oceanside, population 175,000, is a small city on the metropolitan edge—the northernmost outpost of greater San Diego—at a moment when entertainment producers are moving out of the central cities and seeking out stories in California’s exurbs and edges.

Animal Kingdom follows fast on the heels of shows like ABC’s American Crime, which set its first season on the Bay Area’s outskirts in Modesto; the CW’s musical comedy, Crazy Ex-Girlfriend, set in the far-out L.A. suburb of West Covina; and FX’s Sons of Anarchy, a now-concluded biker show based in an unnamed city that looks like Stockton. And all these shows build on the example of one of the most popular series of this era: CBS’s The Mentalist, a mystical police procedural that captured and killed oddball criminals across the Sacramento Valley. 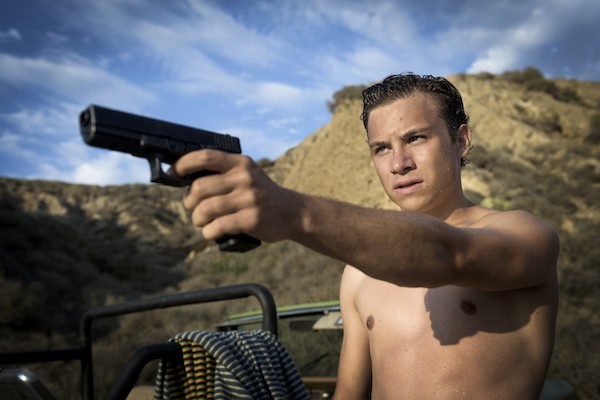 Let’s be clear: we’ve been seeing the Golden State’s urban outskirts on screens for as long as there have been moving pictures. But these smaller places almost never got to play themselves. Instead, they have been handy, close-to-Tinseltown stand-ins for other states, other countries, and even other planets. Oceanside has been a movie backdrop—often in war films—for a century.

So the fact that Oceanside and similar cities can now play themselves represents a milestone of sorts, both for entertainment and for California. In choosing these settings, Hollywood is catching up to the reality that younger Californians, and thus much of the human drama in the Golden State, have relocated to the metropolitan periphery.

Setting entertainment in such places also capitalizes on the current cultural obsession with grit. Oceanside, in particular, offers perhaps California’s most melodramatic mix of pretty and gritty: beautiful beaches and a sweet downtown along with gangs, rough bars, scuzzy motels and, just next door, a huge military outpost, Camp Pendleton. It also doesn’t hurt that newer state tax breaks provide extra incentives to productions that shoot outside L.A. County.

Then there’s the other side of the coin: the centers of our coastal cities have become so wealthy and techy that they may be less relatable to the rest of America. San Francisco and Los Angeles are also badly overexposed, in media terms, while our edge places remain mostly unknown and mysterious, their images more exotic to many Americans (not to mention overseas TV viewers) than the Martian landscape. During their recent California campaigns, Donald Trump and Bernie Sanders looked utterly befuddled when they visited inland California places, with Sanders admitting he had little idea of the existence of cities like the ones he encountered in the San Joaquin Valley.

These cities on the edge are also useful to Hollywood because, by definition, they connect different places and worlds, and thus multiply the narrative possibilities. Off the top of my head, I can imagine: a paranoid police procedural in post-terror San Bernardino; a bitter class comedy about middle-aged tech workers riding delayed BART trains from the exurban East Bay (Dublin, maybe?) to work for rich millennials in San Francisco; and a culturally-savvy soap about aspiring young artists from small, sadsack Calexico, California, who must cross the border everyday to pursue jobs and dreams in the growing cosmopolitan city of Mexicali, Mexico. 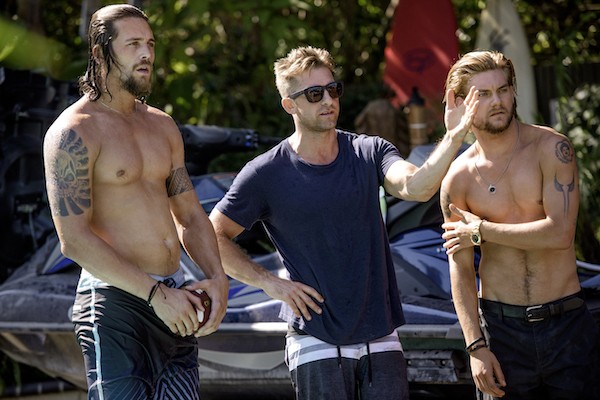 Of course, Hollywood types are not known for their sensitivity regarding communities they portray, and some of these shows have left hard feelings in their wake. American Crime, from the Oscar-winning screenwriter John Ridley, drew criticism for dwelling on Modesto’s violence and racial tensions. The Stanislaus County Sheriff blasted the show as a “sensationalistic, inaccurate media portrayal of fictitious crime in our community that exploits victims of crime and our community.”

Oceanside, on the other hand, seems to be embracing its close-up, despite a pilot that includes a heroin overdose by the mother of the teenaged protagonist, a shooting, a kidnapping, vehicle thefts, a jewelry store robbery, and a surfers’ brawl. The series’ producers, who include John Wells, famous for shows from ER to The West Wing, have courted city officials, who in turn have been welcoming. Earlier this spring, more than 1,000 Oceansiders hoping to be chosen as extras stood in line for hours; photos were taken and the would-be extras filled out a questionnaire that is still much discussed locally, because it asked about their willingness to appear nude. Producers have said that hundreds of local people will be used in the show.

The pilot is very good at capturing Oceanside’s mix of glossy and rundown (the first hour ends on the city’s iconic pier, first built in the 19th century), and how claustrophobic even a beach city can feel when you’re a young and poor Californian (especially when the only family member who will take you in is a grandmother who doubles as a crime boss).

One false note of the pilot is that all the leading characters appear to be white in a city in which non-Hispanic whites are not the majority. Animal Kingdom could break new TV ground and nod to the real Oceanside, by adding, say, Mexican-American and Samoan-American leads.

Is it too much to hope for Hollywood to become a little edgier as it migrates to California’s edges?