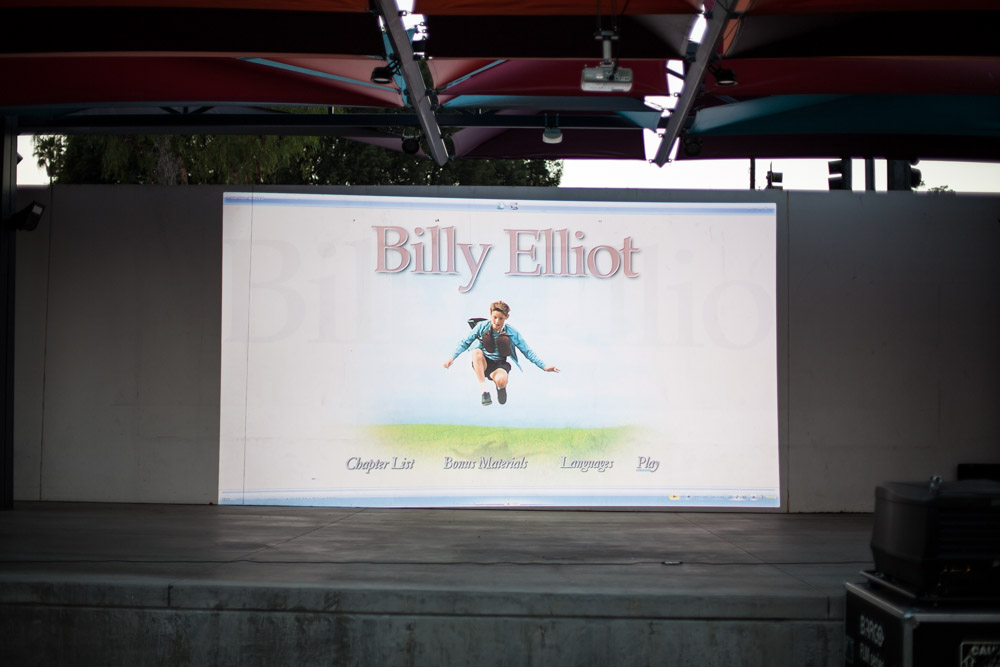 On the first Friday night of summer in Los Angeles, the Zócalo Summer Movie Series at LA Plaza kicked off with a pirouette and a plié, courtesy of Billy Elliot, the story of a young boy who escapes poverty, politics, and the expectations of his family to become a ballet dancer.

As the sun set over downtown L.A. and the heat dissipated, Angelenos of all ages settled down—some with picnic baskets and blankets, others with dinner, snacks, and drinks purchased on-site—for a night at LA Plaza. Some were there for the setting, some for the movie, and others simply to spend time with friends, family, or significant others.

“I love the movie, and I wanted to see it in an open-air environment like this,” said Adrian Fine.

“I heard about this movie when it first came out, and I wanted to watch it but didn’t get a chance,” said Bonnie Hsu. Sixteen years later, her opportunity had finally arrived.

Billy Elliot was a sleeper hit when it came out in 2000 with its thick northeastern England accents and unknown cast and creative team. But the dance flick, set against the backdrop of a miners’ strike in Margaret Thatcher’s England, grossed over $100 million and launched the career of director Stephen Daldry. Billy Elliot went on to become a hit musical on London’s West End and Broadway.

Alexis Floyd was invited to the screening by a friend and brought along her brother, who is spending the summer in Los Angeles from Cleveland. This was her first time seeing the movie, she said before the screening began. “I had a really strong reaction to the musical,” she said. “It’s really powerful, and I’m excited to see it on film.”

The celluloid didn’t disappoint. “I loved it,” said John Patterson, who was accompanied by his son, Sam. “We saw it onstage as well, but I think we liked the movie better.”

A number of people who had come with their families talked about the power of the story, which involves a father coming to grips with his son’s unconventional aspirations. “I liked that it shows when you go after your dream, how much resistance is going to come up because you’re changing and you’re different,” said Giselle Noguera. “If you persist and you have the confidence to stand in your own belief and self-love, everybody will come around.”

Ben Chavez had only good things to say about this “very sweet” movie and the outdoor screening experience. “I thought the ambiance was wonderful,” he said. “It was a perfect night for it.” 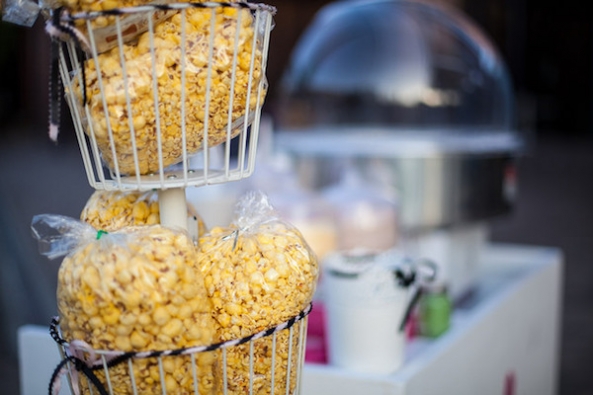 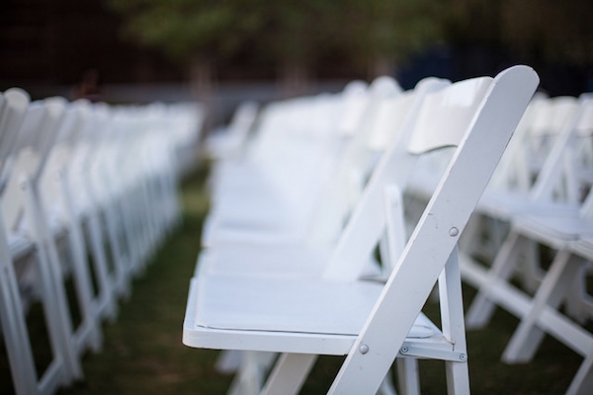 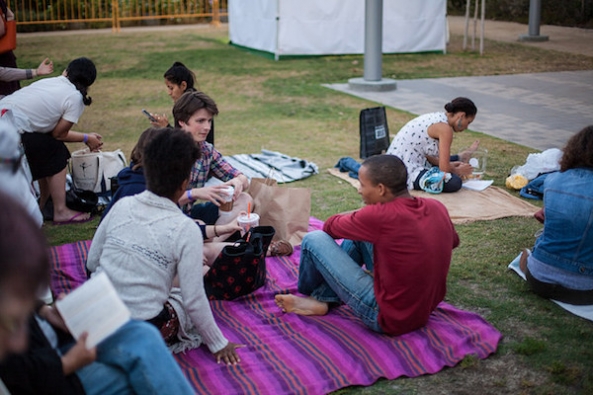 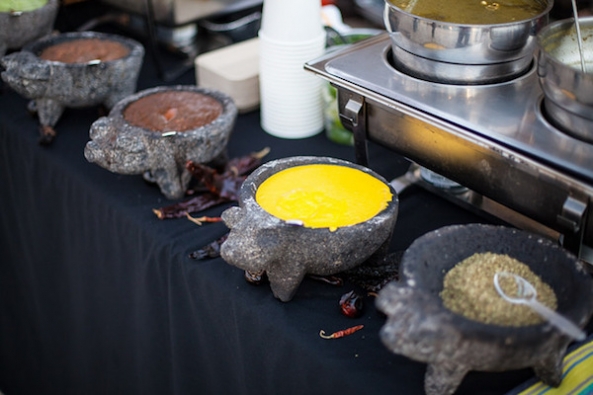 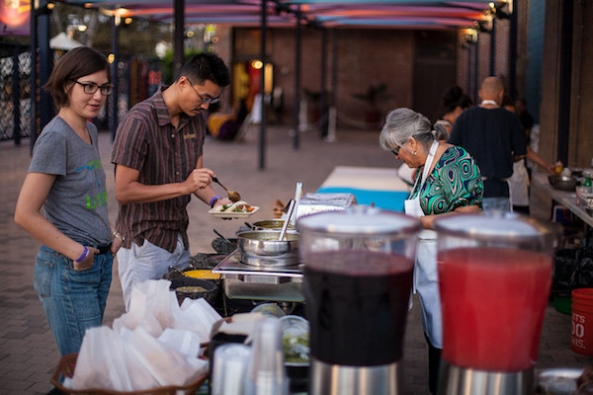 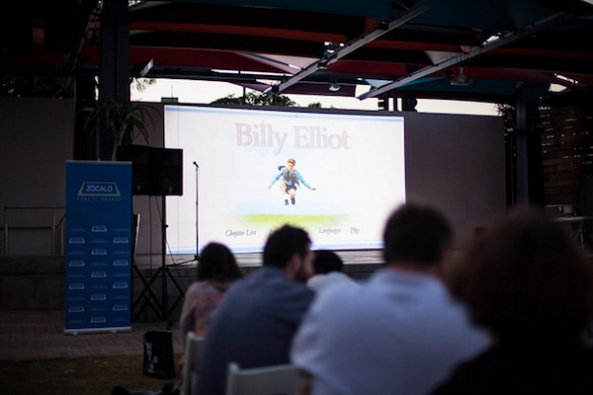 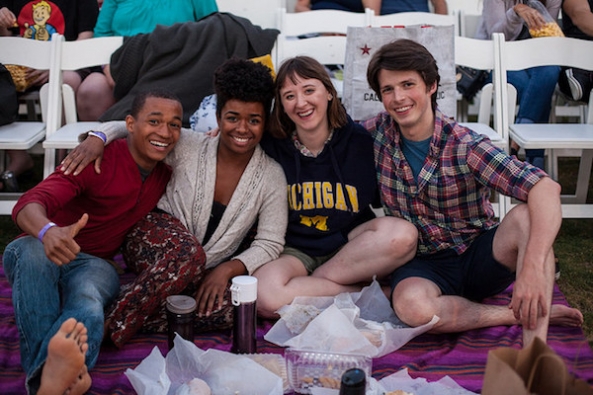 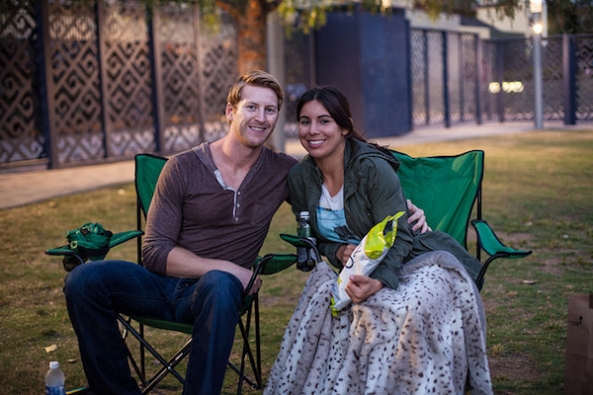 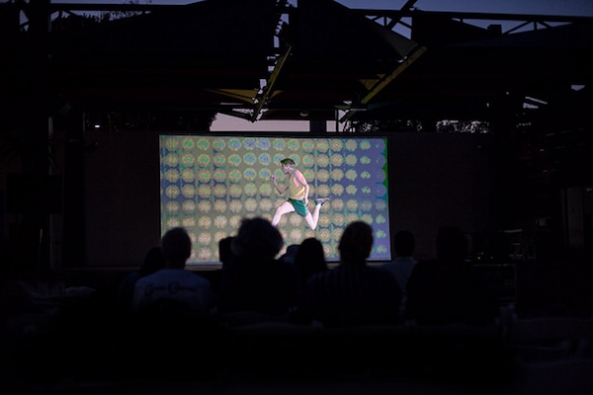 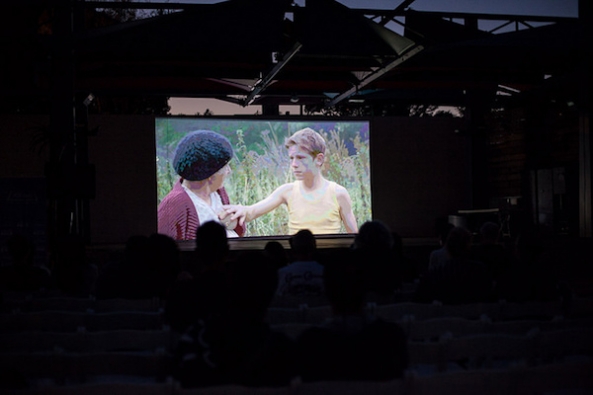 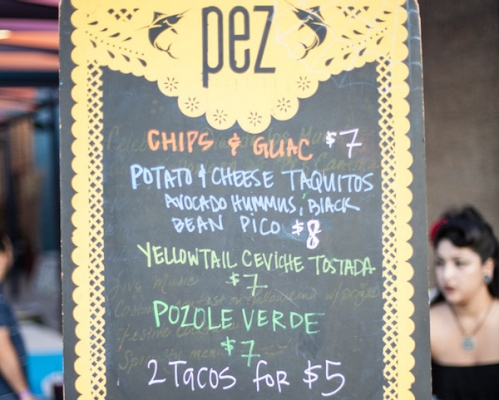