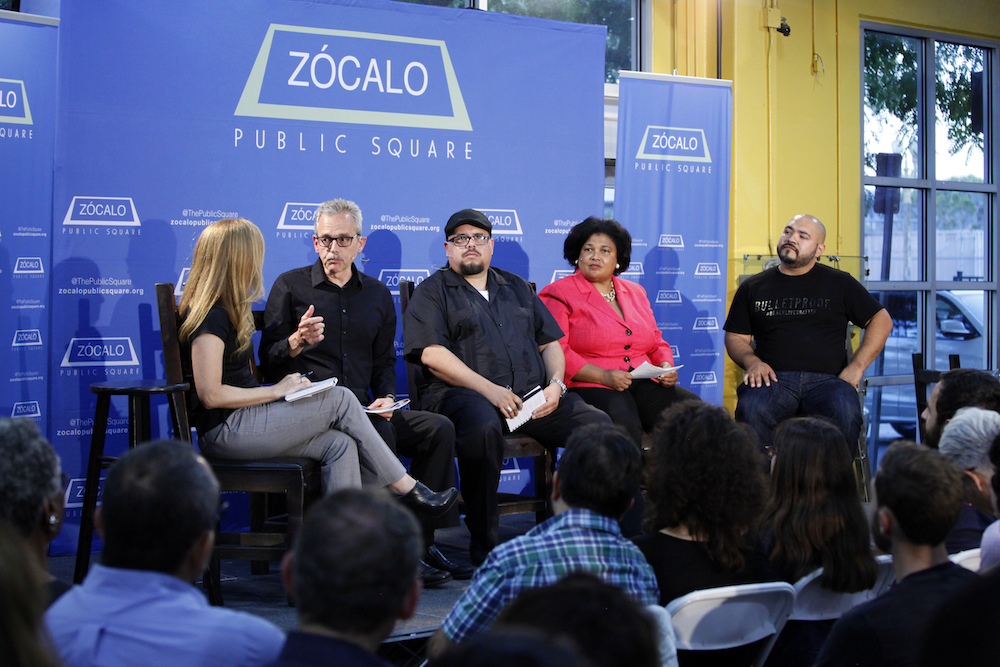 It’s one thing to put in the hard work to improve a community, but when do you declare success?

In long-maligned South Los Angeles, that time is now, said a panel that included a scholar, a community organizer, a youth mentor, and a former city official during “Is South L.A. an Urban Success Story?,” a Zócalo/California Wellness Foundation event.

The lively discussion was moderated by Jennifer Ferro, president of KCRW, before an overflow crowd at Mercado La Paloma, a former garment sweatshop turned community hub. The conversation covered the evolution of South L.A. into a place that is both far more hopeful and far more complex than stereotypes would suggest.

It’s not that the work in South Los Angeles is done, said Manuel Pastor, a USC sociology professor and director of its Center for the Study of Immigrant Integration. Far from it. But, he said, a newly released study on Latino engagement in the historically African-American area, which he co-authored, demonstrates both the tremendous progress of the entire community and that, “there’s no single story of South L.A.”

In 1980, South L.A. was 80 percent African-American. Today it’s nearly two-thirds Latino. Over time the relationship between black and Latino residents—especially among younger, second-generation Latinos—has evolved into a nuanced understanding of their community that bridges race. Today, Pastor said, “there’s a very different South L.A. Latino. They’re deeply invested, and they believe they have a future in South L.A.”

Benjamin Torres, head of the grassroots organization Community Development Technologies Center, known as CDTech, agreed that the momentum is behind a collaborative effort to invest from within, in a historically and socially equitable way, rather than relying upon outside development and its consequent gentrification.

“We don’t try to wipe away the knowledge and the history of people who have come before,” Torres said. “Residents are actively saying, we want to actively create a vision, rather than letting outside development drive the change.”

To be effective, you need to be heard, said Valerie Shaw, the former president of the Los Angeles Board of Public Works and longtime resident of Leimert Park. To be heard, you need to know, first and foremost, how to organize. And, also, how to complain.

“When I say complain, I mean anything you can imagine, any service you want, that’s how things happen,” Shaw said. “If you want something from your elected official, or city government, if you complain in an orchestrated way and you never give up, you will get it.”

“A lot of our young people who have spent time with Nuevo South are going on to college and coming back and asking, ‘What can I do? What can I do to help my community?’,” Nuño said.

In the end, panelists observed, the ongoing progress in South Los Angeles owes much to the resilience of a multicultural community previously crippled by crime and a lack of equal opportunity.

During the question and answer period, the audience contributed to deepening the understanding of “multicultural”—with one questioner reminding the panel of the importance of the Asian community to the history of South Los Angeles and to an inclusive future.

Another audience member asked how political and business leaders can work with the community rather than being perceived as a threat. “Let them be guests at our table,” Nuño said. “We want the investment, we just don’t want the displacement.”

Pastor summed up the sentiment of the evening by riffing on a line from rapper Kendrik Lamar, a Compton native, to observe, “The thing that’s going right in South L.A. is that South L.A. loves itself.” 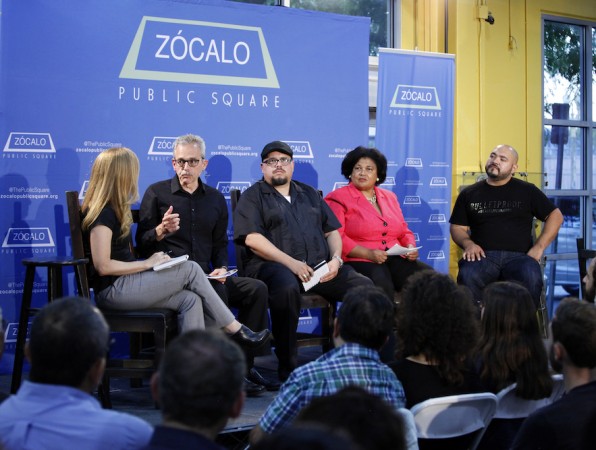 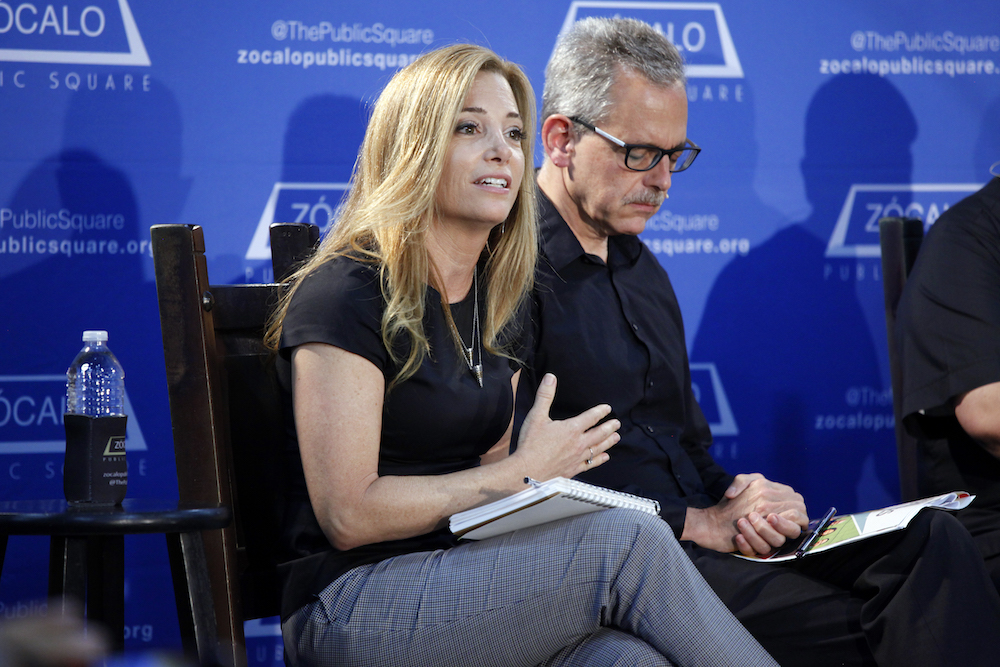 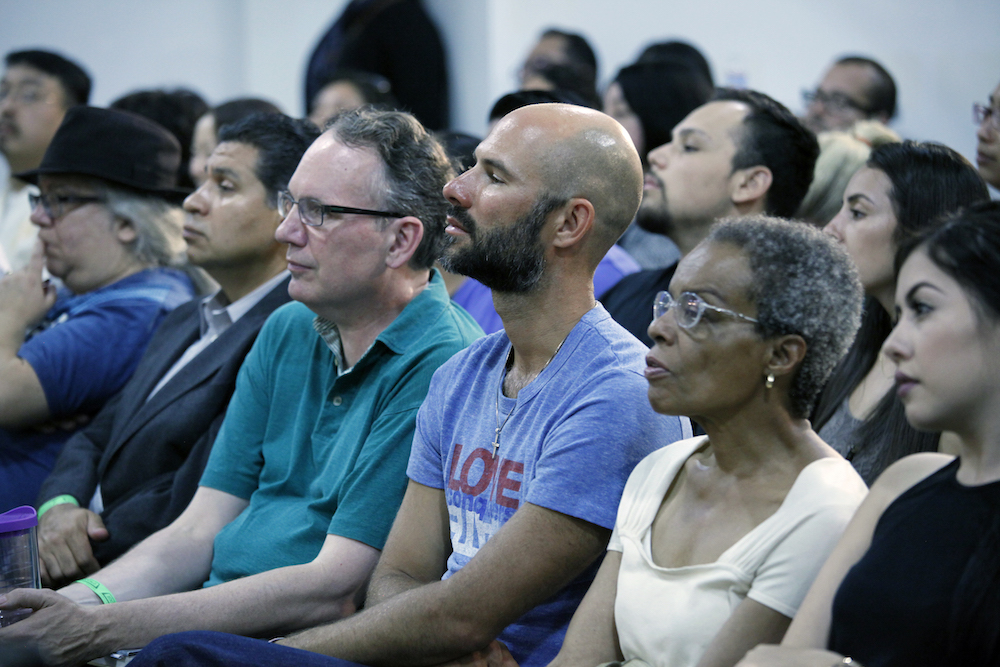 A standing-room only crowd at Mercado La Paloma 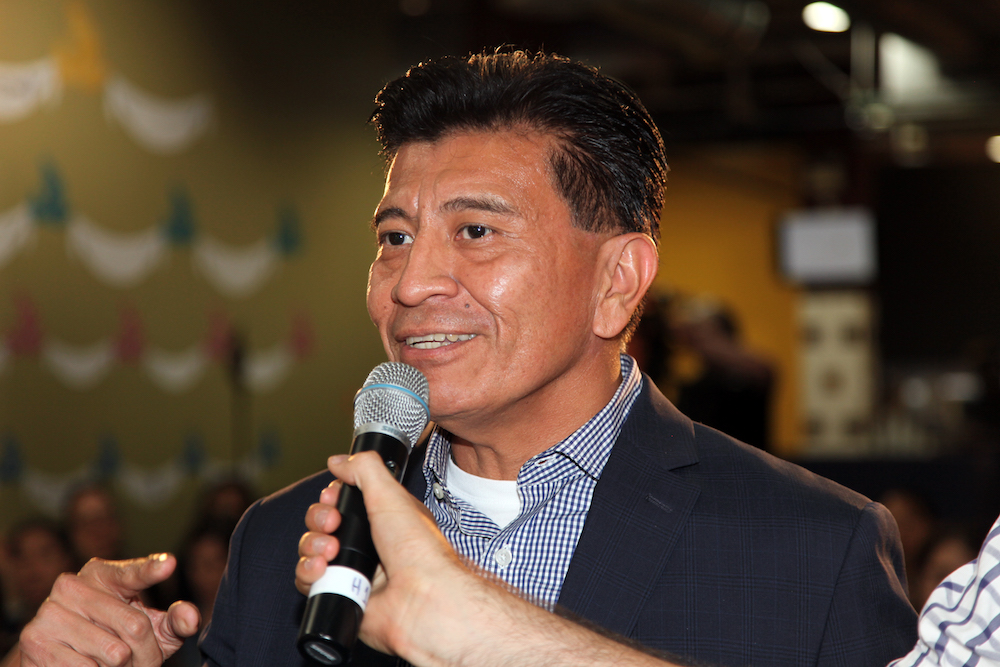 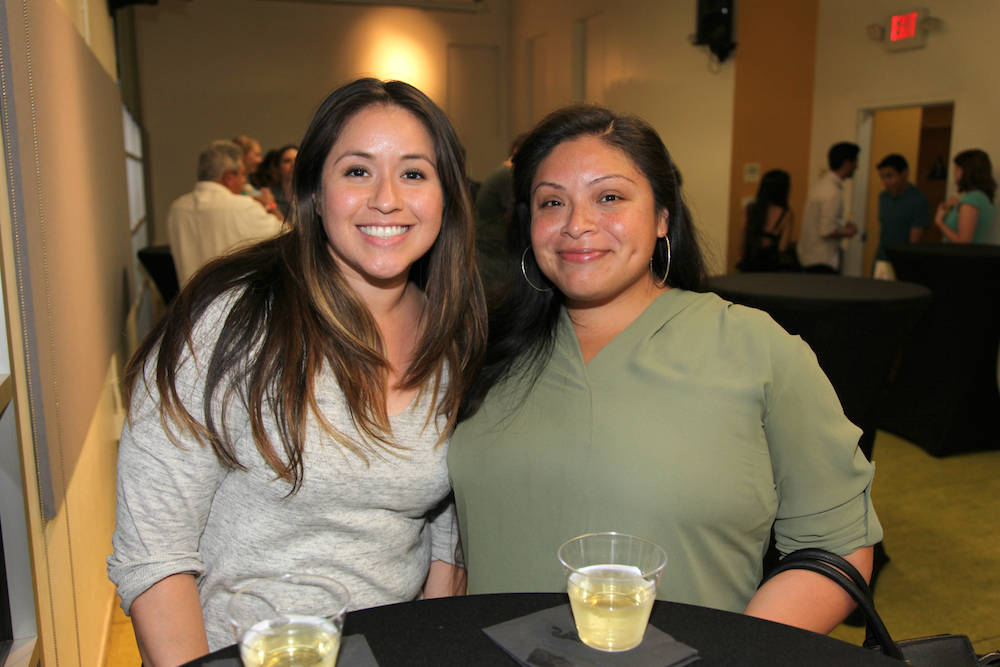 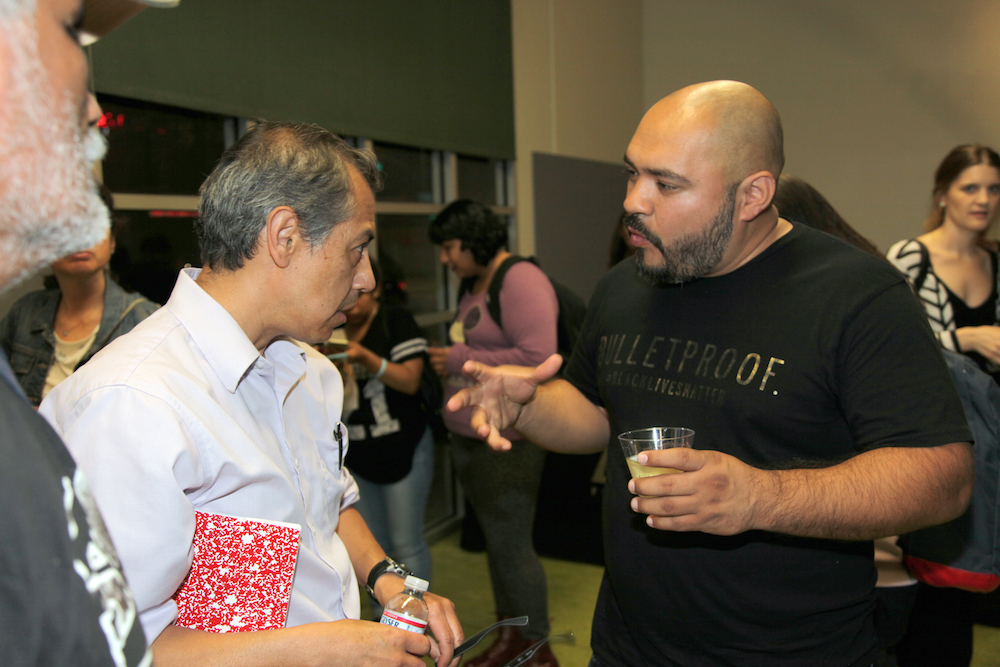 Jorge Nuño speaks with guests at the reception