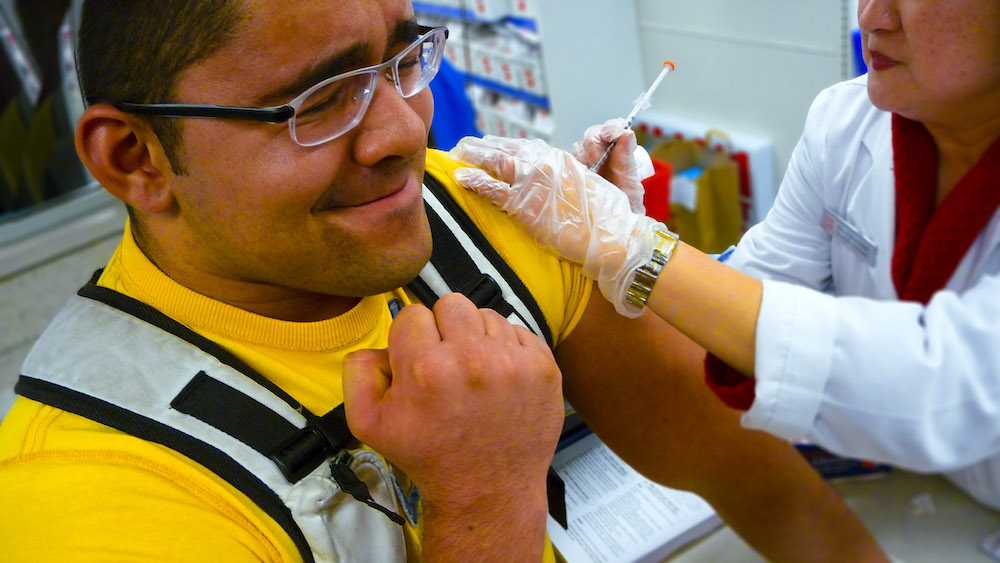 Health care, and access to it, has been quietly improving in South Los Angeles over the last decade. But, as I’ve seen firsthand while working with a collective network of eight independent community health centers that serve 210,000 people across the area at 45 clinic sites, such progress has not come easily.

The turnaround story begins in 2003, when CEOs at several of the community health centers in South L.A. held meetings to discuss the challenges they faced. South L.A. health centers were historically underfunded, while the number of uninsured patients seeking care at those community health centers was growing three times as fast as the uninsured population nationally. Specialists were unwilling to practice in the area and wait times were long. High rates of neighborhood crime and violence caused security issues in clinics, and the county hospital in South L.A. was failing.

This was a crisis for South L.A. But the clinics weren’t aligned—each fended for itself in funding and operations. The 2003 meetings were meant to explore if that could be changed. The gatherings weren’t prompted by a grant or foundation; the fuel was desperation, and the idea that South L.A. health centers could only do better if they spoke with a unified voice.

In 2004, the meetings led to the formation of the Southside Coalition network, but the first employee—me—wasn’t hired until 2006. I had the daunting task of helping this fledgling organization discover its purpose and mission, and I had no idea what would become of this group of health centers. But the centers’ work was bound by a shared vision: the health system in South L.A. should be networked to build capacity and focused to strengthen primary and preventive care. We would judge ourselves on how we could ultimately address and eliminate health disparities and empower ourselves to hold community and civic leaders accountable.

Knowing that our vision was firmly rooted in the elimination of health disparities was encouraging—but it also concerned me. Many health centers are solely focused on the provision of primary care, prevention, and health education; that can be challenging enough. Many do not have the capacity to go beyond their four walls, into the whole systems that can affect the health of people and communities.

No visits with doctors, health education, or medication were going to greatly improve her health. We’d have to reckon with all of the socioeconomic, cultural, and environmental factors that were making her sick.

When I was running a free clinic in the Northeast San Fernando Valley, early in my career, I met a patient who epitomized this issue. This patient lived in a garage with her husband and three children. She and her husband were diabetic and all three children were obese. We were gravely concerned about her health because her diabetes was out of control.

When we did a home visit, we learned that she didn’t have a functioning refrigerator. Many days she ate upwards of two dozen tortillas, as they were cheap and prevented her and her family from going hungry. She was living in extreme poverty, was undocumented, and worked multiple jobs to provide for her family. She had no free time to exercise but, even if the time permitted, she didn’t feel safe going for a walk in her neighborhood.

I had to concede there wasn’t much else we could do within the four walls of the clinic. No visits with doctors, health education, or medication were going to greatly improve her health. We’d have to reckon with all of the socioeconomic, cultural, and environmental factors that were making her sick. Not much had changed for this woman by the time I left the organization. This is a story that I would keep hearing as the years passed; the health and wellbeing of our most marginalized community members were hurt by factors that our society cannot seem to remedy.

So as the Southside Coalition network came together, we knew we had to address systemic barriers, not just individual patients.

In 2008, we started our advocacy efforts with L.A. County’s Department of Health Services (LAC-DHS), which funds community health centers to provide healthcare services to uninsured Angelenos. This funding was inequitably distributed, to South L.A’s detriment. While 18 percent of the uninsured population in South L.A. had unmet needs under the program, our health centers received only 8 percent of the total funding. In contrast, the Westside also received 8 percent of funding but had no unmet need, and Metro/Downtown’s unmet need was 11 percent but the area received 32 percent of total funding.

Through advocacy, South L.A. health centers eventually got the funding to increase capacity for more of the area’s uninsured. This effort was also successful in convincing the County that to achieve equity, they should preserve funding in other communities and find new resources for South L.A. and other underfunded regions.

Increasing specialty care for Southside Coalition members required different tactics. We commissioned a study in 2005 that showed if you are uninsured and live in Los Angeles County (which meant your only point of access is through a county facility), the average wait time to see a specialist ranged between six and nine months. If a patient needed surgery, the wait time average grew to between one and two years, depending on the type of surgery.

To change this, we started with podiatry, one of our most urgent needs. Clinicians told us that many of their diabetic patients were losing limbs due to the lack of access to a podiatrist for basic wound care needs, but there wasn’t a podiatrist on staff at the County-operated specialty care center in South L.A. So we hired two and ran our own shared podiatry clinic. Over several years they saved hundreds of patients from unnecessary amputations. Our program’s success finally convinced the County to hire one of our podiatrists.

Community health centers need to take their services to the people living on sidewalks, under freeway overpasses, and in shelters.

After that victory, we realized our patients needed an advocate who could support and guide them through the County system. We hired a Patient Care Navigator and, through the relationships we had developed with the County through our podiatry work, placed her inside the County-operated specialty care center in South L.A., where she could help our patients and become a liaison for our clinic staff. We learned that the county facility did not have enough bilingual clinicians and staff to communicate with Spanish-speaking patients. Five years later, the County also hired our Patient Care Navigator, recognizing the value of her role.

This slow, relentless pressure has, over many years, improved delivery of care to South L.A. residents. Today the County has revamped how they deliver specialty care using innovative workflows, technology, and better relationships between specialists and primary care providers. On average, our uninsured patients now wait no longer than four to six weeks.

Now we’re taking on more challenging social problems that affect health by partnering with other community-based organizations. In 2009, we worked with community organizations to develop the South L.A. Health and Human Rights initiative—which holds annual conferences, gatherings, and public calls to collaborative action based on a South L.A. Declaration of Health and Human Rights. As one example, we were able to hold a community convening with the UN Special Rapporteur on the Right to Health to discuss the alarming number of hospital closures in South L.A. over a 10-year period.

Southside Coalition has also begun organizing community health center patients to meet monthly to discuss important issues impacting them and their communities. The Community Action Group members learn to tell their stories to push for changes to improve community health and policy. One of our CAG members—an undocumented single mother—went to Sacramento to appeal to the legislature on health insurance. Her son is a beneficiary of SB 75 (#Health4AllKids) that will provide full scope Medi-Cal to undocumented children. She shared her story and encouraged Senator Ricardo Lara’s office to push for coverage for undocumented adults. And on June 10, the governor signed a Lara bill to permit undocumented adults to purchase health insurance through the Covered California exchange.

These days, we are looking hard at the current homelessness crisis in South L.A., which requires a new approach. Community health centers need to take their services to the people living on sidewalks, under freeway overpasses, and in shelters. They have to ramp up mental health and substance abuse services. Unfortunately, once again we face access barriers and a lack of resources in the public programs that should be serving South L.A.

It may take us another 10 years or longer to eliminate these barriers to better health and wellness for our patients. But in South L.A., we know that we can make big improvements when we work together and stay the course.