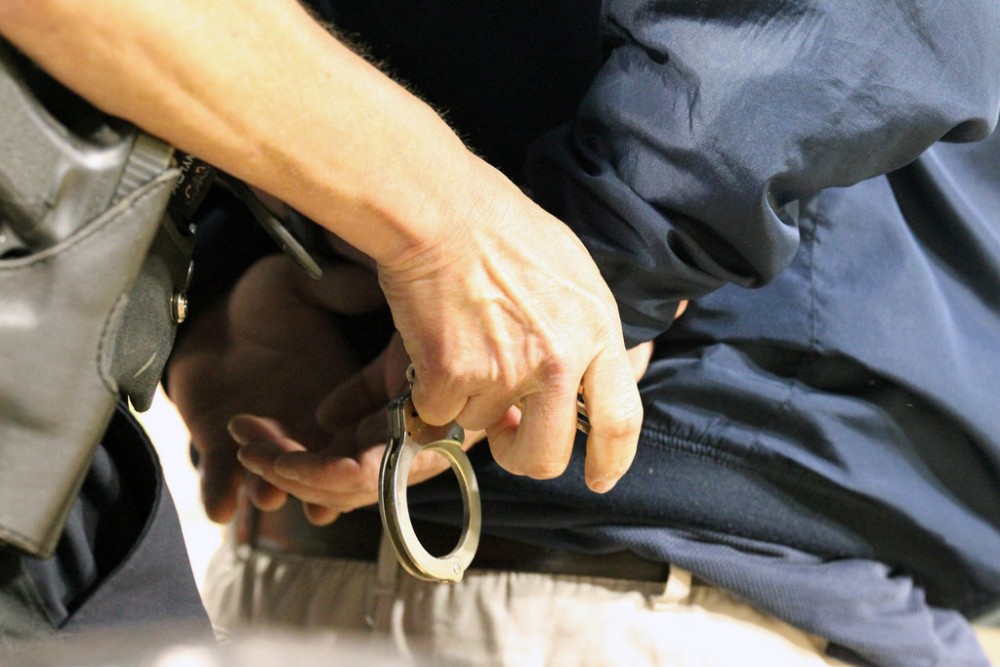 One way to help transform South L.A.—and communities across California—would be for people to use the new power they have under Proposition 47 to expunge or reduce the felony convictions on their criminal records. This is a huge opportunity for people to change their criminal records—but in the 20 months since the ballot initiative passed in November 2014, it has been extremely underutilized.

The untapped potential in South L.A., where I live and work, is huge. There are an estimated 690,000 people in Los Angeles County alone that are eligible for expungement or felony reduction. By getting rid of their convictions, people will have more opportunities to get jobs, start businesses, earn housing benefits, go back to school, or even win back custody of their children.

There are two big challenges. The first is that not enough people know about the possibilities under Prop. 47. The second is that the process of changing your record is not as easy as it could be. But it’s still well worth doing. I know because I’ve recently been through the process of reducing a felony myself.

Indeed, Prop. 47 helped change my life even before it was passed. After I got out of jail in 2009, I began volunteering at the Community Coalition, an innovative nonprofit in South L.A. Eventually, my responsibilities grew, and I became a member of the staff, working on civic engagement and neighborhood improvement.

Through that, I got deeply involved in the campaign for Prop. 47 back in 2014. We held town hall meetings and weekly rallies and made over 40,000 calls to residents throughout City Council District 8. We also knocked on thousands of doors, educating our communities about Prop. 47 and building a larger movement regarding criminal justice reform.

To me, a major point of Prop. 47 was to redirect criminal justice funding away from our racist and broken prison system and invest those dollars into community-based prevention, re-entry, and treatment programs. Non-violent offenders are also coming home early from prison or jail through the Prop. 47 resentencing process.

In its details—which need to be better understood—Prop. 47 allows people who have certain non-violent felony offenses on their record to get those reclassified to a misdemeanor, no matter how old the charge. These include simple drug possession, petty theft under $950, shoplifting under $950, forgery under $950, receipt of stolen property under $950, and writing a bad check under $950. The money saved from having fewer people in the prison system is supposed to go towards programs for crime victims, to help people re-enter into society, and to reduce recidivism and deter people from getting into trouble in the first place.

During the campaign, I was upset by a troubling narrative being pushed by our opponents—that Prop. 47 was going to let out a bunch of violent rapists and murderers. So, in advocating for Prop. 47, I used myself as an example: I had reducible low-level felonies under Prop. 47, and I had been out of jail for five years, was married, was a father, and was doing work that benefited my community.

I had reducible low-level felonies under Prop. 47, and I had been out of jail for five years, was married, was a father, and was doing work that benefited my community.

The slightly longer version of my story is that I grew up in the Hyde Park neighborhood of South L.A., and went to Crenshaw High School. But I grew up around a gang element, a criminal element, and gravitated toward street activity. I was in and out of jail between the ages of 18 and 27 and ended up with a couple of felonies.

The last time I was incarcerated was seven years ago. When I got out, I looked for a job, and my felony drug conviction was held against me, even by companies that are supposed to be “felon-friendly.” So I worked dead-end jobs for a few years. I drove a truck without receiving benefits. I was a cook and a dishwasher. I worked for a contractor.

I was very fortunate to find Community Coalition—CoCo as it’s called—which gave me opportunities to do amazing work and to grow professionally despite my criminal record. I discovered that I had a talent for organizing people, and in 2012 worked on the Proposition 30 campaign to raise income and sales taxes temporarily statewide.

Before Prop. 47, I had tried to get my simple drug possession and commercial burglary charges expunged, but it was very hard—and I was ineligible to do anything about my record while I remained on probation. When I got the job at CoCo, it seemed less urgent. But after Prop. 47 passed in 2014, I wanted to use the new process myself, both for my own benefit and so I could help others who might be navigating the process.

It can be cumbersome and confusing. You start by getting a copy of your “rap sheet” or criminal record, and that means going to the different counties and the various superior courts where you might have had cases. For me, that would have meant going to Riverside, San Luis Obispo County, and various L.A. County courts.

But another option is to request a copy of your record from the state Department of Justice—which is how I decided to do it. That requires getting fingerprinted. The Live Scan usually costs money—$25 is the state fee, and there can be other charges that bring the total above $50. There are fee waivers, but that requires you to submit more forms and proof that your income is under a certain level. CoCo and other organizations, thankfully, have implemented huge resource fairs that allow people to get their record for free. I got my rap sheet in three weeks.

Once you have your record, you fill out forms. The process can vary depending on your county, but for me, it required three different forms—a petition to reduce the felony, a petition to expunge the charge, and then a petition for a fee waiver.

You put those together into a “reclassification packet” one conviction at a time—a package for each charge.

You can mail in the documents, but I was advised to head to the courthouse as a way of avoiding mistakes. Any errors in your application can send you back to the beginning of the process.

Too many people think, mistakenly, that if they have a felony or a misdemeanor, they can’t vote in California, and that keeps us powerless as a constituency.

The process at the court took an entire day. You get directed to the clerk, who directs you to the public defender and the D.A. for different signatures and to submit your forms. It was hard to navigate, but being there allowed me to ask questions. I also found that at L.A. Superior Court, at least, many of the people who worked for the courts didn’t seem to understand the process themselves, and I got some instructions that proved to be wrong.

Once you’ve submitted your packet—as I did last summer—you wait, for weeks or even months, while the D.A.’s office confirms your eligibility and then notifies the Superior Court, which then must document the reclassification of your record. Usually, you just get the notice in the mail, but you can get called to court for a hearing.

There are many programs and legal professionals working pro bono to help people navigate the process. Several community organizations in South L.A. and around California are running clinics or Prop. 47 fairs to help people out. I went to CoCo’s own Prop. 47 clinic at Southwest College and found the advice I got there useful in my own case. I also found the instructions on the MyProp47 website very helpful.

In my case, my felony was reduced to a misdemeanor by mail. If I wanted the charge totally expunged, I’d have to go to court, which I haven’t yet done. When I have time, I also think I am going to use the process again to reduce or expunge another charge.

In the meantime, I’m hoping to build on Prop. 47. The initiative should be expanded to include any type of nonviolent crime. And we need to take this opportunity to build a much stronger re-entry system to serve people coming out of jails and prisons, especially in Los Angeles County. This need is related to the homelessness we’re seeing; people who are getting out of prison and jail are saying they don’t have many options of where to live.

I’m hopeful that the new federal Promise Zone designation for South L.A., which is supposed to bring new resources to the area, will help. And the state needs to do more too. I’m already involved with Gov. Jerry Brown’s Public Safety Rehabilitation Act, a ballot initiative that gives judges more discretion in sentencing people and releasing them early.

We have such a moment of opportunity to transform people’s lives and our communities; our elected officials can’t afford to be cheap. Recently, Gov. Brown’s January budget allocated a mere $29 million in Prop. 47 savings (later revised up to $57 million) for prevention and anti-recidivism programs, as well as victim services, but that was $100 million less than what the nonpartisan legislative analyst office had identified as savings. This is a longer-term fight that I believe the people can win.

For those of us with records, taking advantage of Prop. 47 means we need to understand what’s available and what rights we do have as citizens. Too many people think, mistakenly, that if they have a felony or a misdemeanor, they can’t vote in California, and that keeps us powerless as a constituency. The sooner we can correct misimpressions, and help people throw off the burden of a criminal record, the better South L.A. will be.