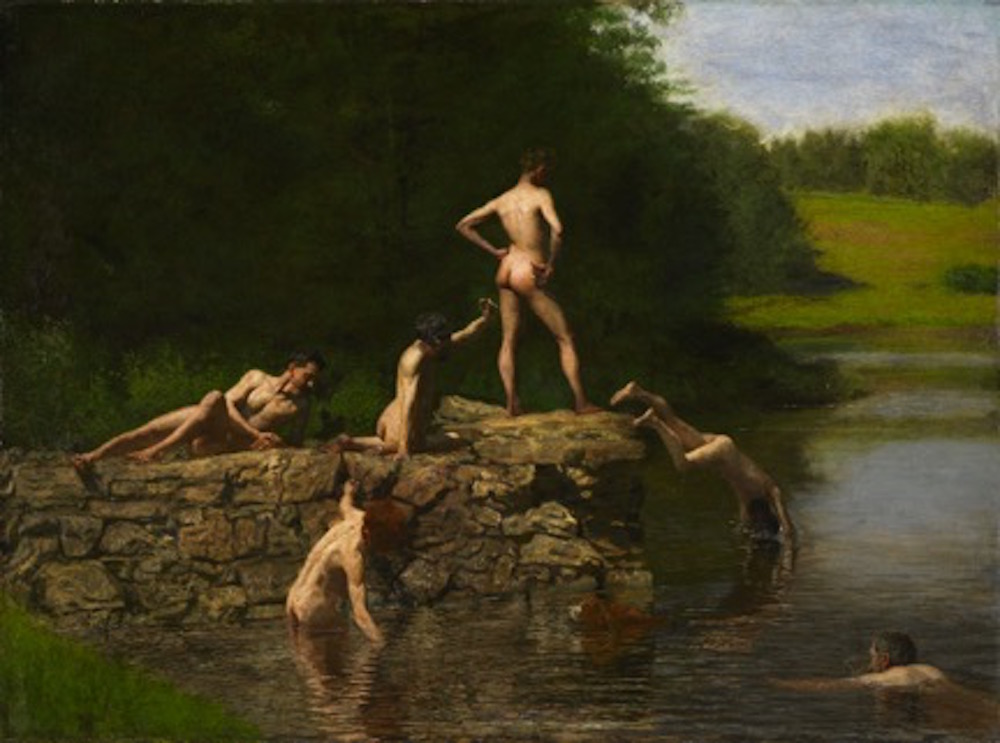 Consider the swimming hole. It lacks the majesty of an ocean or the pedigree of a lake—forget about boating or surfing. A swimming hole is by its very nature utilitarian. It’s a hole. Filled with water. To swim in. Unlike its grander cousins, a swimming hole doesn’t exist on its own and doesn’t fulfill swimming hole-ness until someone actually gets in there and swims.

Swimming holes were born of necessity at a time when fabricated pools didn’t exist in most of America. Just before the turn of the 20th century, public “baths” started appearing—the first municipal pool was built in 1887 in Brookline, Massachusetts, followed soon after by San Francisco’s Sutro Baths. But for the many Americans living outside of major urban areas, far away from oceans and lakes, and before air conditioning, swimming holes were the best chance to escape summer’s heat.

Americans were the original swimming hole entrepreneurs, customizing this time-honored practice to suit just about any circumstance by creating thousands of impromptu DIY cooling pools across the nation. Then, we named them, to establish their real-ness and to claim a stake, in so doing bestowing on each of these places a distinct personality that held some truth about both the named hole and the person doing the naming. Big Eddy, Four Corners, and Circle Current hint at what you’re in for. Paradise, Diana’s Baths, and Letter S leave the details to your imagination. 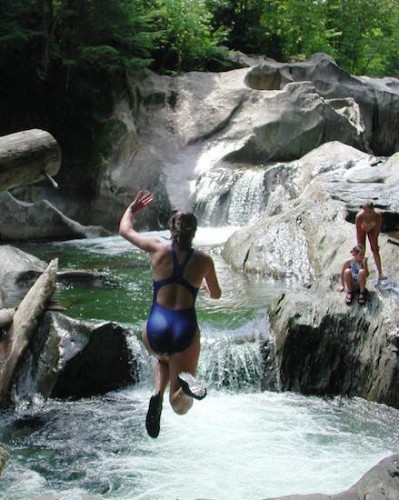 I’ve even encountered a few holes called “No Name Hole.” The need to name even nameless swimming holes suggests to me an essentially American urge to establish ownership. Not to “tame” these places, necessarily, but to draw them into the identity of the community, where the lore of the hole travels from one generation to the next, even as the nature of the hole itself might change with the mores of the day.

Deep Eddy, the oldest swimming pool in Texas, actually began as a swimming hole. Located along the Colorado River in Austin, it was a resort in the 1920s. In the 1930s a bathhouse was added, built by the Works Progress Administration. Its historic value has since been recognized both officially, via landmark status on the National Register of Historic Places, and informally, in “Deep Eddy Blues” by Texas crooner Jimmie Dale Gilmore and at the nearby post-swimming-hole watering hole, Deep Eddy Cabaret.

Some of the most beautiful swimming holes—those you’ll see featured in tourist guides—are naturally occurring and remote, the verdant reward after a long hike. The swimming hole at Havasu Falls
is probably the best example of such a place—a steep 10-mile hike to the bottom of the Grand Canyon’s south rim. This spectacular swimming hole and accompanying 100-foot waterfall boasts an especially rich history—it’s situated on land belonging to the Havasupai Indians, one of just a few Native American tribes inhabiting their original homeland. The tribe’s name translates as “people of the blue-green water.”

Other destination holes include Utah’s Homestead Crater Resort, which features a deep underground hot spring covered with a 55-foot-high limestone dome that opens to the sky, and the Lava Hot Springs resort in Idaho, where 112-degree Fahrenheit water emerging from the ground flows through a series of man-made pools, open year-round. Visiting in the winter is an especially ethereal experience. This is the Edenic swimming hole retreat, the place as immortalized by 19th century American painter Thomas Eakins in his 1885 masterpiece, Swimming, which depicts a secret, peopled idyll far from the demands of daily life. These dream-like places are the ones you plan for and visit once in a while.

But in the day to day, many of the most beloved swimming holes are those close at hand, often abandoned quarries or mills. A stone’s throw from town, they provide a cool respite at the end of a hot day—less picturesque, perhaps, but no less satisfying. More than once I’ve found myself enjoying a massaging current in such a spot, imagining how it once powered a mill that fueled the growth of a town. 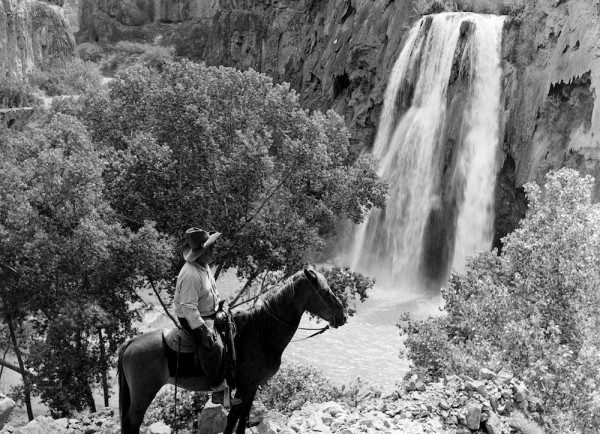 These lesser-known swimming holes are often known only to the communities around them. Knowledge of location, lore, and water condition is more likely to be held by locals than by a website or guidebook. These are the places we go to be together and to be apart, to rejuvenate and to exhaust ourselves with physical exertion. The wonder that I’ve felt discovering a “new” hole is the same wonder felt by those who discovered the hole before me, and will be the same for those who will discover it in the future. The rocks smoothed by running water and by the passing of human hands are a testament to the perpetual relationship between us.

Towns change, people change, but swimming holes remain the same; touchstones that link us to the pleasures of our forbears. For Americans of all ages, the swimming hole offers a vestige of freedom in a hovering world ever more tightly proscribed. Here, lifeguards are rare even in the face of sharp rocks, hidden crags, fast currents, and slippery slopes. If there’s a good tree overhead, a swinging rope is nice. If there’s a high rock well-situated, it can be designated for diving. But these are embellishments to the core nature of the place: a hole with water and a name to call it are all that is required.