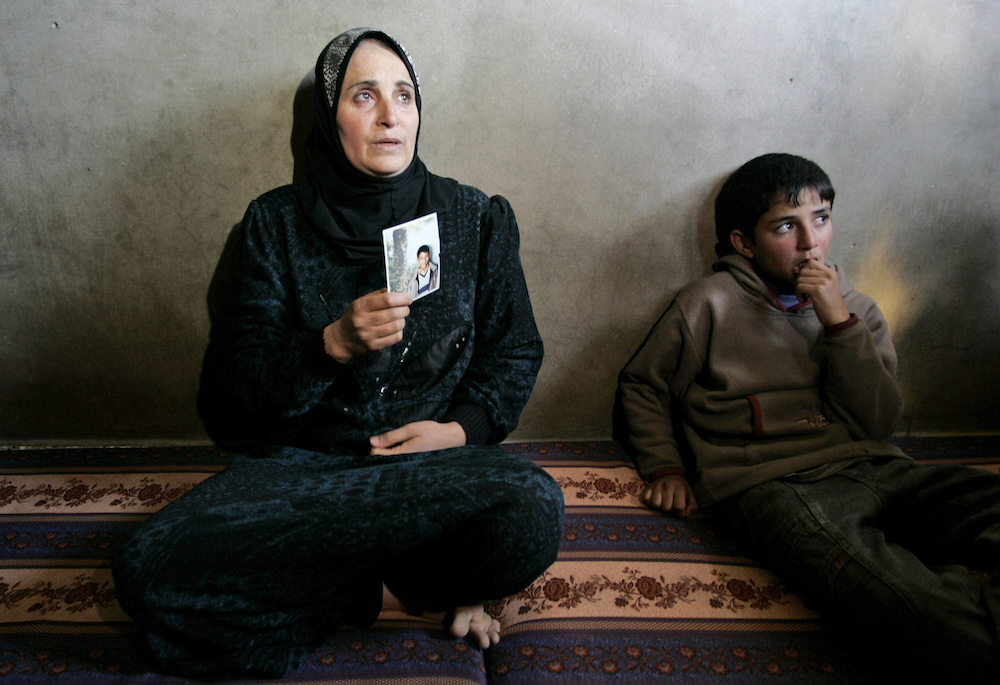 When 19-year-old Akhor Saidakhmetov started hanging out with two older men and talking about waging jihad in Syria, his mother took away his passport. Later, when he begged to get it back—admitting that he wanted to join the Islamic State—she hung up the phone. Mothers like her may be the first, last, and best approach to stopping militant recruiters, but law enforcement often leaves them out of their counterterrorism efforts in the U.S. and Europe.

There are three different approaches a country can take against violent extremism and terrorism: prevention, repression, and intervention. Mostly, Western countries rely on prevention and repression. They focus on containing the active extremist movement through law enforcement operations or they finance large-scale educational and advocacy programs directed at those deemed to be at risk of violent radicalization. However, Western governments often overlook more targeted deradicalization programs (sometimes called “off-ramps”) that engage the families and the immediate communities of individuals deemed to be falling under the sway of extremist narratives.

Two years ago I founded GIRDS, the German Institute for Radicalization and Deradicalization Studies, which works worldwide to figure out how to intervene when people become radicalized. I first became interested in the topic growing up in a small suburb of Berlin where neo-Nazi skinheads were an accepted part of the youth culture. I went away to university and then on a Fulbright to study violent extremism and counterterrorism. Since then, I have been working as a family counsellor to develop deradicalization programs, including specially designed family counselling programs for relatives of Jihadi fighters.

As governments increase the pressure on extremist groups through sting operations and raids, some members begin to crack, facing a choice to either withdraw from the group (which they might want to do, if given a path to do so) or escalate their commitment by doing something violent. Intervention programs aim to provide that first path, allowing wavering members of an extremist cell a way out. A key ingredient of such programs is the debunking of appealing extremist narratives. We strive to destroy the “jihadi cool” by having someone say, “I’ve been there … And it sucks.” In the end prevention and repression are much more effective when complemented by such targeted intervention programs.

If we want to prevent future attacks, we need to recruit family and close friends of potential attackers into the counterterrorism effort and provide them with specially trained experts. In almost all previous attacks by lone actors or members of small terror cells, someone in the attackers’ close social environment recognized a disturbing change in their behavior. Sometimes, this close relative or friend even knew about the attack plans.

Frequently these families or friends are desperate to get help and advice on what to do, despite their mixed feelings about betraying a loved one, but law enforcement rarely offers a strategy for making this seem possible.

In every country that has introduced a dedicated family counselling hotline and support program against violent radicalization to date, these programs were almost instantly overwhelmed with calls and requests for help from families of individuals from all different stages of radicalization. This indicates the high demand and the success in reaching out to the affected families once they are offered specially designed programs and neutral third party counsellors.

Frequently … families or friends are desperate to get help and advice on what to do, despite their mixed feelings about betraying a loved one, but law enforcement rarely offers a strategy for making this seem possible.

Designed and conducted correctly, these programs empower families and communities to counter the appeal of violent extremism. We work by reaching out to the gatekeepers—family and close friends. Because these gatekeepers know their friends and relatives best, they also know what might have motivated them to join the radical group and what drives them. These gatekeepers also have the legitimacy to suggest alternatives and bring in other solutions. But for that, they need help and strong support networks.

Mothers are essential gatekeepers. Most of the mothers I have worked with who have lost their children to ISIS or other terrorist groups have noticed something changing about their children, but were mostly alone without any outside help. When these families contact me from around the world, what I hear almost every time is the urge to understand what is happening and how to do something about it. Many parents act on their own, take away passports, lock their children up, or move with them into another town. These reactions are understandable but are counterproductive and can further push the radicalization process.

There is a common saying amongst Jihadis: “Allah tests the ones he loves,” meaning that any obstacle on the path to martyrdom will be seen as proof that one is the chosen one. In addition, recruiters and the Salafi-Jihadi ideology explain to those drawn to terrorism that these signs of rejection by their own family are a natural consequence of the perfect truth they have found. The biological family is superseded by the spiritual one—the ummah— and in this way even your own mother can be labelled as “infidel” and part of the enemy.

When a mother comes to us, she is assigned a trained case manager. Together they will analyze the child’s situation and try to identify the “radicalization recipe.” What is driving the son or daughter towards ISIL? Together they will design a step-by-step plan, identify external partners, and build support networks around the family. The counselor will teach the family de-escalation techniques to reduce frustration, fights in the family, and bullying in school. They will bring in positive alternatives addressing the motives of the son/daughter. Does he or she want to help women and children in Syria? The mother might suggest that the youth work with a Muslim charity, or do a fundraising campaign with a legitimate organization. Also, the mother will get constant risk analysis from the counselor so that they will be able to decide if and when to bring the matter to law enforcement. The counselor is a bridge between the family and all relevant external partners.

To connect mothers to one another, we’ve built a community called Mothers for Life, which exists mainly online but also has met a couple of times in person. When we wrote an open letter to ISIL in the summer 2015 and the group responded the same day on Twitter, we knew that they were afraid of the parents’ power to block their recruitment efforts. This letter contained the feelings and questions mothers around the world had when their beloved ones were taken away against their will—in stark contrast to the fundamental values of Islam. We wanted to pose questions designed to dissolve parts of the ISIS narrative. After receiving letters from imprisoned fighters saying they have realized what they did to their own mothers and that they want to leave jihadism behind, we knew it worked.

Mobilizing mothers fixes another hole in the law-enforcement strategy. Parents in the Mothers for Life network have told me that they do not have a problem in principle with cooperating with law enforcement agencies, but that they have lost trust in them. Sometimes intelligence and police placed surveillance on their children and did nothing to stop them from leaving. Sometimes the mothers were treated as terrorists themselves during house searches. At other times they have even been charged by courts with providing material support to terrorist organizations, despite doing everything they could to get their children back. Sometimes I have to explain to the authorities what the role of the families is, that they are allies and want to help, that they should be respected and seen as partners, not suspects.

Mothers for Life is currently active in 11 countries (U.S.A., Canada, France, U.K., Belgium, Denmark, Netherlands, Germany, Italy, Sweden, and Norway). Most of the parents involved have their own national organizations to support other families. GIRDS experts are based in six countries (Germany, France, England, U.S.A., Canada, and Denmark) and have trained experts and advised governments around the globe on how to counter violent extremism. Most recently I was asked to train probation officers in Minneapolis on deradicalization interventions and to conduct risk and radicalization evaluation studies for a number of defendants.

ISIS itself has announced that taking away its territory in Syria and Iraq will not defeat its brand and core ideas. It will continue to recruit and shift its tactics and strategy to overseas terror attacks. That makes it all the more important for Western societies to counter ISIS’s appeal and that of other violent extremist and terrorist organizations, and there can be no more effective fighters in that cause than the families and immediate communities of those disaffected youths tempted by the perverted promise of martyrdom.