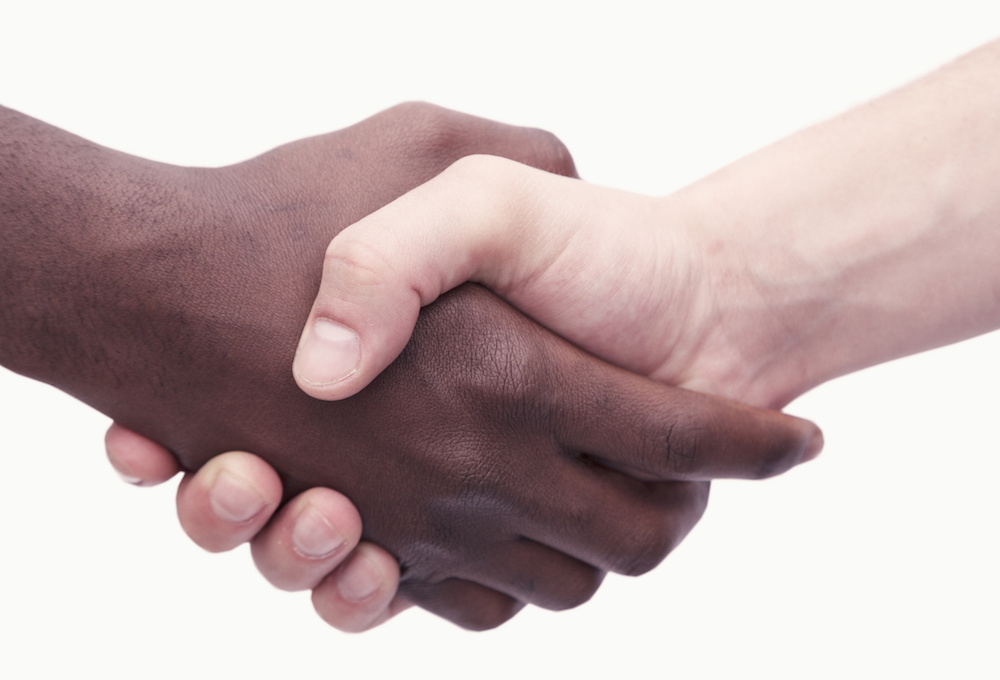 After mass shootings and other random acts of violence, the media responds in patterns all too familiar—heart-breaking accounts of the loss, a search to understand why (as if that answer could ever really be known), a quest to do something, frequently frustrated. In the end such an event is added to the reservoir of living in the interconnected 21st century. We find ourselves drawn in and repulsed by these events to which we have no true personal attachment.

The extent of this interconnection is new. Before reliance on social media and mass media, a person’s outlook was much more parochial. True, news of something happening across the world might have reached our grandparents, but local concerns—political and personal—flooded their conscious lives. To offset this pendulum swing toward a larger, global—and at times troubling—interconnectedness, we need to cultivate our own sense of personal connection. We need to turn inward and appreciate moments of unexpected union, often deep in our own experience.

Each of us has such moments tucked away in our brains and hearts, ready to comfort us if we allow ourselves the dream-like power to summon them up. I don’t mean to imply that we should ignore troubling events, ignore hate crimes, ignore terrorism. For us to do the good we can in this world, we need to put those events in perspective. We need to transcend the day-to-day news cycle coverage and recall those instances of personal connection.

To keep my perspective, I find myself thinking of decades ago when I was in college, and I served as a rent-a-cop at the Los Angeles Memorial Coliseum. I made an unlikely para-military figure. Of the 25 of us security guards, virtually all sported short hair. Our grizzled captain had a flat top and muscles bulging through his uniform. Several guards had to be dissuaded from bringing personal firearms to work. In contrast, my hair then tumbled to my shoulders under my beige cap, and I didn’t even want to carry the baton allotted to me. (What would I use it for? I was more concerned it would be used against me.)

Ninety minutes before every football game we assembled, received our marching orders from the captain, and disbursed. I was always assigned outside the perimeter of the chain fence surrounding the Coliseum. Then the hordes would descend to see USC or the Rams play. Like those time-lapse films of tides, every week was the same: the fans trickled in, built to a crescendo, and ebbed just before game time—the jostling crowd noise moving from the perimeter to a hushed roar inside the Coliseum.

Once when the horde was at its peak, six high school kids decided to taunt me. They surrounded me and asked, “Whatcha gonna do if we jump the fence?” Now, this was not much of a threat. The fence was high, and my fellow security guards—spaced within sight left and right—would see six guys clambering up a chain link fence. “Gonna use your club?” said a tall, lanky kid with a sky-high afro. He lunged at me. I stepped back.

So here I was, this skinny white kid—maybe 20 years old—wearing clothes of authority, surrounded by six black kids threatening to humiliate me. Impulsively I said, “You want this?” I pulled the club out of its belt loop and held it out to the lanky guy. He snatched it away and held it aloft. He strutted off, swaying back and forth, the others in his wake. “Hippy cop,” someone muttered. They wandered off.

That went well, I thought. Then I thought, what will I say at the end of the shift when Captain Grizzly asks for my baton?

When you’re a security guard you have plenty of idle time on your hands. I sifted through explanations for a disappearing baton and settled on this: “It must have fallen out when I was in the bathroom.” Dubious—but better than telling the captain I gave it to a bunch of high school kids.

The hushed roar told me game time was near, when one of the kids approached. He was the smallest of the bunch, his hands now behind his back. When he got close to me, he stopped and looked me in the eye. “You need this?” he asked, swinging the baton toward me like a relay runner. “Thanks,” I said, taking it and pushing it back into its loop.

“Why you wanna be a renta pig anyway?” he asked.

I shrugged. I told him I got to watch the fourth quarter from the sidelines.

A couple weeks later another incident occurred. The game was starting. A muffled roar emanated from the Coliseum, and people here and there hastened past. In front of me inside the perimeter, a white man in an official-looking vest pulled open the gate and shoved a black kid out. He looked to be 14 at most. His hands on the fence, the kid pleaded with the vest man, but he turned on his heels, oblivious. “What happened?” I called out to the kid. He came over, wiping tears from his eyes. He’d gone to get food. He’d caused a commotion somehow and got himself kicked out. His brother and father were inside.

We need to turn inward and appreciate moments of unexpected union, often deep in our own experience.

His story was sketchy, but his tears were real. No teenage boy wants to cry.

He nodded his head yes.

I grabbed his arm and marched him toward the main gate. The crowd had thinned by this point and the ticket takers looked at me curiously. “Caught this guy trying to sneak in,” I said. “I’m taking him up to the captain.”

The ticket takers parted, and we marched on through. I kept up the hold on the kid’s arm until we rounded a corner. Then I let go. Apparently my cop routine had been convincing to the kid, since he looked up at me and said, “What?” He seemed uncertain of the next move.

A grin spread across his face. “Thanks,” he said and loped off.

In those days I was also a tutor. Twice a week I tutored a second grader—Steve Johnson—as part of a program through USC. For the first several sessions, Steve and I met at a community center, but other kids running around distracted us. Finally he said, “Why don’t we go over to my house?” His house turned out to be just down the street. That was okay with the center, and so I started tutoring Steve at home, always on his porch.

I gradually came to know the whole family. He had five brothers and sisters. His mother gracefully mixed patience and severity. His father gruffly cut a path in and out of the house, muttering a greeting and vanishing. Toward Thanksgiving one evening, he parked his rumbling automobile, cut the engine, slammed the car door, and climbed the steps to the front door. Abruptly he stopped and sized me up me, seemingly for the first time. “When you’re done with Steve, I wanna invite you inside.”

Twenty minutes later, Steve closed his reading and I knocked on the door. His father opened it and beckoned me to come in and sit on the couch.

“You want a drink?” Behind him, Steve was shaking his head. It was 4:30, early for me. But it seemed to be some sort of ritual the way Steve’s father held me in his gaze.

“Sure,” I said, with a bluster that rang hollow. “Thank you.”

He poured me a stiff whiskey and handed me the glass. Steve still was shaking his head, silently disapproving of his father’s early happy hour, a regular occurrence I would later learn. I raised the glass, looked him in the eye, felt the whiskey burn down my gullet and blinked back mist from my eyes.

“I been watching how you been helping Stevie,” his father said. “And I just want you to know I appreciate it.” The last sunlight was pouring in, casting the room in burnt umber. He rubbed his hand over the stubble on his jaw. “I never thought I’d have a white person in my house,” he said, adding, “You’re always welcome.” He held out his hand, and I shook it.

The beauty of that handshake still comforts me over the years. Partly it comforts me that such a handshake is not that unusual today. But back four decades ago it bridged a profound gap between races. And today in recollection it resonates louder than gunshots in Orlando or Dallas. Such memories link in a beguiling way to other thoughts lodged in my brain. But that ability to make patterns is in each of us. And calling up moments of grace and union allows us to transcend the despair of being perhaps at times too connected.