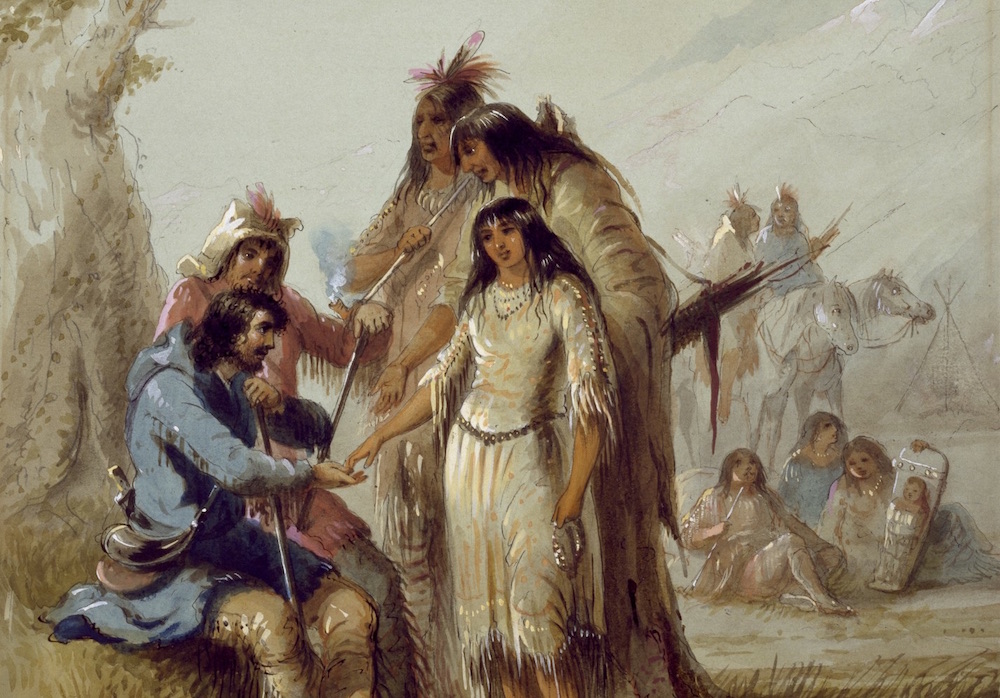 Mixed couples in the United States—those who crossed boundaries between Indian Nations and the European newcomers—left permanent legacies well beyond the families they created. They also shaped the meaning of nation and citizenship.

Historically, U.S. policymakers were troubled by such marriages not only on the grounds of race, but also because they created conflicting loyalties within the American nation. The questions of consent and coercion are at the essence of contests over sovereignty. And consent is a central tenet of Western marriage.

Until the 1930s, women of American birth who married foreign nationals faced particularly hard choices regarding their national identity. Under the principle of coverture, the legal status of a married woman, including her citizenship, was subsumed under that of her husband’s.

The Marshall judgments of the Federal Court of the 1830s declared that Indian Nations were nations in their own right, in the modern sense. However, they were classified as “domestic dependent nations” and considered subordinate to the United States. Indigenous families who had occupied their land for generations and who had matrilineal systems where the women had rights to land and property were gradually subsumed under a patriarchal system similar to that of the United States.

Controversies over citizenship continued. Consequently, during an active time for the American Indian Wars, some of the most heated moments between Native Americans and U.S. citizens happened not on the battlefield, but across the more intimate sphere of heterosexual unions.

… some of the most heated moments between Native Americans and U.S. citizens happened not on the battlefield, but across the more intimate sphere of heterosexual unions.

This was the case in Connecticut in 1825, when the talented editor and Cherokee Indian Elias Boudinot asked for the hand of Harriett Gold, a white woman from a highly regarded family. The town went mad, burning effigies of Harriett and an archetypal “Indian” on a huge bonfire, threatening to lynch Elias, and protesting the Native American man’s “right” to marry a white woman.

Previously known as Gallegina Uwatie and Buck Watie, Elias had already crossed many transnational boundaries. He moved to Connecticut for an advanced education and strategically took the name of one of its patrons: Elias Boudinot, the New Jersey statesman, president of the Continental Congress, and president of the American Bible Society. Presented in fashionable clothing and practiced in the manners of American higher-ups, Elias was sought after by many of New England’s philanthropic elites, regardless of his Cherokee roots.

Despite rejection by her beloved family members and almost every lifelong friend in her hometown, Harriett went ahead with the wedding. By cover of night, the newlyweds travelled to their new home, New Echota (in present-day Georgia), the capital of the Cherokee Nation.

It was 1825, and Harriett was emigrating—a decision with serious risks.

When Harriett became a resident in the Cherokee Nation, their matrilineal society meant that she had no clan status and, therefore, no official citizenship. The uprooted Harriett was deeply interested in belonging, and she understood the emotional bonds that would make that possible. Upon her arrival there, she reported that her new family “joyfully” stated, “You are welcome in this nation.” In turn, she proclaimed, “I am now at home. Here I expect to pass the remainder of my days.” She was relieved that her relatives treated her like an old friend rather than a stranger. 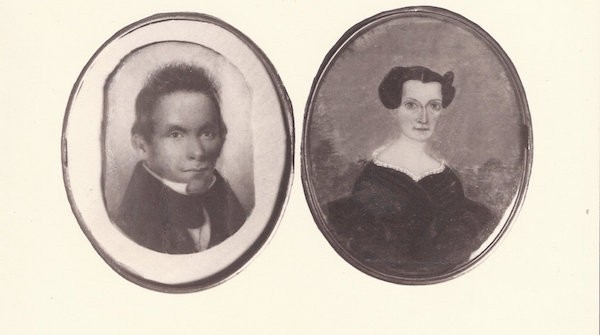 Locket images of Elias Boudinot and Harriett Gold, circa 1826.

Harriett was well aware of the uncertain future of her new nation, of the Cherokees’ “final destiny,” as she put it—Native Americans were considered inevitably condemned by the arrival of Europeans on their lands. In a letter to her parents, she made it clear where she stood: “Whatever may be their doom I shall share and suffer as a Cherokee.”

Harriett’s parents, who had adamantly opposed the marriage, soon travelled to the Cherokee nation in the South to visit their new family. Contrary to their own expectations, they were thoroughly impressed with what they saw. Harriett’s father Benjamin became an advocate of the Cherokee nation, assisting in their political struggles to gain great support in the north. Proud of their grandchildren, his soft and wryly expressed affection translates across the ages: “The oldest little girl is as smart and pretty and healthy as can be found, and the next is a bright, well-looking child. All who see her say, ‘She is the handsomest child I ever saw.’ You must not think that I brag.”

Through her family life, Harriett became a courageous border crosser. She was also a Cherokee nationalist who expounded the virtues of their civilization and backed their cause in asserting their sovereignty rights. The couple raised highly accomplished children who were proud Cherokees and who, as diplomats and lawyers, continued the struggle for their treaty entitlements through the courts.

Harriett had willingly joined a nation whose future was under constant threat from her own birth nation. Harriett and Elias’s story reveals how intimacy and family shaped and redefined individuals and nations with a glue that neither colonizer nor colonized state could dissolve.