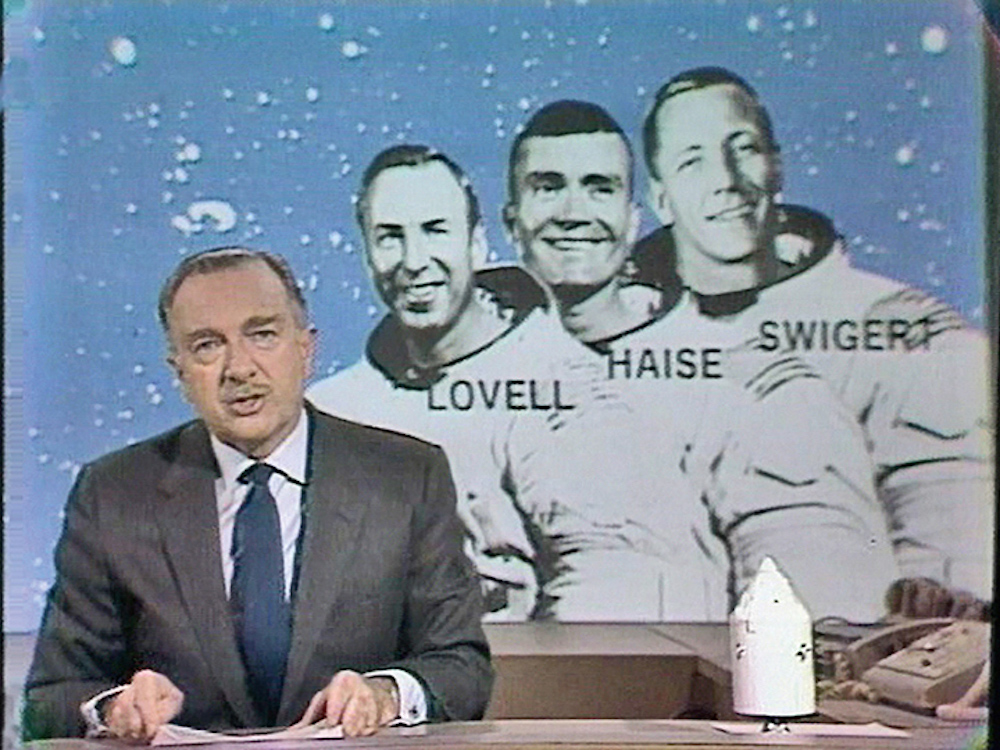 On July 20, 1969, an estimated 600 million people watched and listened in real time as astronauts Neil Armstrong and Buzz Aldrin touched down on the surface of the moon.

With the drama unfolding on their television screens, the attention of millions was focused on a single event—a single step, really—for the first time. It was one of the first grand, extended global social media events of our modern era, much bigger than a Super Bowl Sunday.

But landing on the moon almost didn’t happen—not for the public, anyway. While Armstrong and Aldrin were preparing to make one of the biggest celestial moves of a lifetime, NASA’s small and dedicated marketing team was preparing to make another major move on the ground: televising the event.

Looking back on the moon landing, it would seem almost unfathomable that NASA administrators would have missed the mark to use live television to capture that historic moment, but they nearly did. Unlike recorded video, which had to be returned, developed, and shared after the fact, live television would allow viewers to watch in real-time. Many NASA engineers argued that live footage was a waste of valuable weight and crew focus and would require too much time and money to develop the technologies to broadcast live news feeds from the moon. Most of the original Mercury 7 astronauts and their bosses insisted, with good reason, that operating and performing for television cameras during their missions would unnecessarily detract from the important work at hand.

Embedded within NASA’s formative charter was a congressional mandate to report—freely and openly—the program’s activities and accomplishments to the world, unlike the secretive, closed military program in the Soviet Union at the time. “I insisted,” said Julian Scheer, the head of NASA Public Affairs during Apollo. He would not accept any dissent, either from the engineers or some of the astronauts. “They could never see the big picture. But they weren’t landing on the moon without that camera on board. I was going to make sure of that. One thing I kept emphasizing was, ‘We’re not the Soviets. Let’s do this thing the American way.’”

To enlightened astronauts like Tom Stafford, television’s value proposition was clear: “The American public was paying for Apollo and deserved as much access as it could get,” Stafford said. “They should see the wonders we saw. Photos and movies were great, but nobody saw them until after the mission was over. What better way to take viewers along to the moon than by using color television?”

“Without television, Apollo would have been just a mark in a history book,” says Gene Cernan, the last man to walk on the moon during Apollo 17, when reflecting on the importance of television on board Apollo. “The thing that meant so much and brought so much prestige to this country is that every launch, every landing on the moon, and every walk on the moon was given freely to the world in real time. We didn’t doctor up the movie, didn’t edit anything out; what we said, was said.”

So NASA’s small public affairs team, spread over 14 installations nationwide, got down to business, working long and hard to ensure that the world was informed and engaged using media outlets and other NASA-affiliated contractors’ public affairs employees.

“The American public was paying for Apollo and deserved as much access as it could get … What better way to take viewers along to the moon than by using color television?”

“We sure didn’t do the PR job by ourselves,” remarked Chuck Biggs, a NASA Public Affairs Officer during Apollo. “We needed representatives from Rockwell, Martin Marietta, and all the other contractors to do the job. By head count, we had more contractors’ public relations people than we had NASA public affairs employees.”

Operationally, NASA public affairs chose pioneering tactics now called content marketing, an approach that doesn’t overtly sell a product or brand. Rather than just promoting their cause, NASA used its resources to educate the media, who became surrogate spokespeople for the program and kept the story in front of a voracious public, both nightly on television and daily in the newspapers.

Embracing the content marketing technique, NASA operated its public affairs as if it were a newsroom—staffed not with Mad Men-era advertisers and public relations agents, but with highly qualified ex-journalists. They were professional storytellers, operating as news reporters embedded inside of the agency. As ex-newsmen, they understood what the broadcast and print media needed in terms of content, so they selected and pushed stories in various languages and formats that could slip easily into the news streams of the day. It wasn’t just that they were good writers, but they were also newsmen who understood the power of storytelling and the importance of access to live, unedited, real-time events.

“The core contingent of NASA Public Affairs people were ex-newsmen,” recalled Jack King, head of public affairs at Kennedy Space Center during Apollo. “We were good writers, and we knew the news business. That made a major difference in the whole operation.”

“We are not doing what is known in the public relations business as flackery or publicity or propaganda,” said Scheer. “We are simply not in this kind of business. We are a news operation. We don’t put out publicity releases. We put out news releases.”

Keeping a global audience engaged over a decade—from 1961, when President John F. Kennedy announced his goal of landing a man on the moon, to 1972, when Apollo 17 became the last lunar landing mission—was not easy then and is not easy now. Long-term engagement requires creating a shared, communal experience that resonates with the audience. Due to NASA’s use of television, this experience was not only shared by its own engineers, but by millions of people worldwide.

I call the generation that took part in this shared experience—my generation—the “Children of Apollo.”

Apollo’s place in our collective memories is chiseled there because we experienced it together. NASA didn’t just send three men to the moon on the Apollo 11 mission, they sent more than 600 million of us—men, women, and children from all over the globe—to the moon and back, thanks to live television.