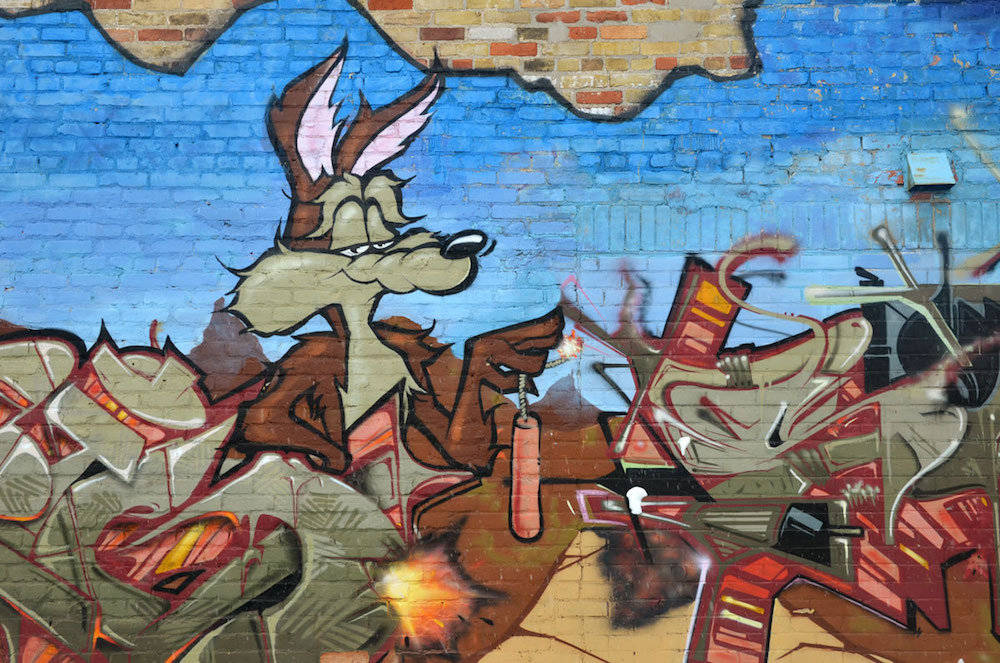 Everyone in America has a coyote story. Or if you don’t, give it time. You will.

The tawny, golden-eyed, sharp-nosed wild dog of the American deserts is now our backyard predator, everywhere from Miami to Toronto and San Diego to Seattle.

The stories are already piling up. During a heat wave, in broad daylight, a coyote strolls into a Quiznos sandwich shop in Chicago and hops up on a freezer to cool off. Customers and staff flee for the street, where a shocked crowd gathers to peer through the windows as the coyote commandeers the store.

On the other side of the country, a California couple driving at freeway speeds plows through a pack of coyotes near Las Vegas. Hundreds of miles later, while unpacking the car near Nevada City, they discover a full-grown coyote snagged like a bug in the grill of the car. Their flying coyote ornament is fully alert, has one cut on a paw and another on its muzzle. Having hitchhiked to California, it is otherwise unhurt.

Such is the life of the American continent’s native small wolf in the 21st century. Our task, because there is really no other option, is to understand them well enough to enjoy them as neighbors.

Exactly a century ago, Joseph Grinnell of the Society of American Mammalogists proposed we allow coyotes and wolves to live unmolested in the parks of the country’s new National Park Service. By the time the Park Service accepted that idea in the 1930s, wolves were already gone. But America’s parks became effective refuges for coyotes. Nonetheless, rural coyotes outside the parks are still shot and trapped—and even hunted from planes—in staggering numbers. And so coyotes came up with an even better refuge than the national parks: Cities.

Coyotes thus began an ongoing, unplanned predatory experiment. Los Angeles and Chicago are now home to thousands of coyotes, and Denver has at least a thousand in more than 125 packs. And city-dwelling coyotes, not unlike human urbanites, are living richer lives than their rural counterparts. 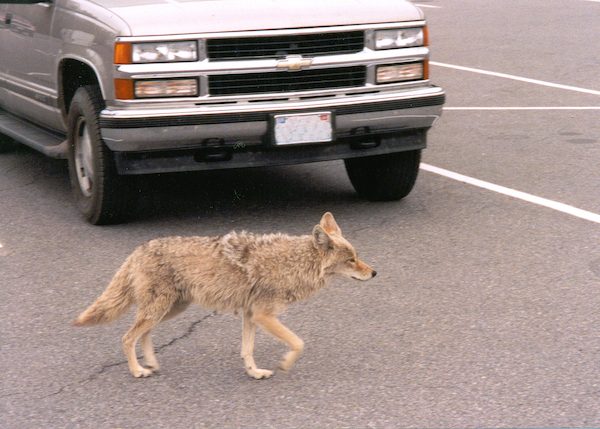 Coyotes have demonstrated amazing resiliency and adaptability in the presence of humans.

History is on the side of the urban coyote. For one thing, the species has a lot of experience as wild town dogs. Coyotes were living in Indian cities like the Aztec capital Tenochtitlan and the ceremonial Southwestern city now called Chaco Canyon a thousand years ago. They’ve been practicing in contemporary U.S. cities like Los Angeles for at least a century.

So to a coyote slipping along a rail line to enter a modern city, existing with humans in close proximity, is not a huge hurdle. Habitat for hunting and denning might be scattered because of asphalt, concrete, and structures, and coyotes must learn how to navigate around a massive number of cars. Those are challenges, to be sure, but coyote intelligence seems fully up to the task. Coyotes that are calm enough to tolerate noise, traffic, city lights, and the torrent of human sensory output tend to be the most successful at urban living. Some biologists argue that city life may be selecting for particular canid genetic strains—novelty-seeking, “super-genius” coyotes that can solve the riddles of being a predator in a modern metropolis.

Compared to rural America, where the average lifespan of a coyote is just 2.5 years, in cities the living is easy. Leash laws and municipal programs that curbed feral dog populations made city living even better for coyotes. Mice and rats, a coyote’s most dependable prey, are numerous around our houses, as are flocks of geese and ducks and exotic fruiting plants of all kinds. In the city, nobody is shooting at you, trapping you, poisoning you, or flying you down with an airplane. So town coyotes are living to 11, 12, or even 13 years old. Because urban coyote territories are also resource-rich, metropolitan coyotes often get more than 60 percent of their pups to adulthood. In the countryside that figure is commonly less than 15 percent.

The most dangerous element of modern urban life for coyotes is crossing highways teeming with cars. No Aztec coyote had to master 70 mph traffic, but modern coyotes are figuring it out. Biologists have watched them in Chicago rush hour crossing half a multi-lane interstate highway boiling with traffic, then sitting in the median until traffic thins enough for them to cross the other lanes. More than 60 percent of coyote deaths still come under the wheels of cars in Chicago. But with more generations of city experience in car-mageddon Los Angeles, coyotes have lowered that figure to about 40 percent. Angeleno coyote culture has even designated a highway they recognize as an absolute obstacle: U.S. Highway 101, running north-south through the state, is a barrier only the most intrepid California coyotes ever attempt.

The other half of the equation for city coyotes is human neighbors. When we began living in cities 5,000 years ago, we thought we’d escaped the world of predators. For us North Americans, these small wolves have changed that metric. A media out of its depth has tended to portray coyotes as invaders, as unnatural in cities, often describing them in language associated with criminals or gangs. But once we get over our shock at seeing them lope through our suburbs and accept their presence in town as normal, there are far more reasons to celebrate coyotes than to fear them.

While coyotes will guard their pups against our dogs in the spring/summer denning season, careful studies indicate the vast majority of city coyotes are upstanding citizens. Some of them see our dogs and cats as competitors in their territories, which requires some altered behavior on our parts. But fewer roaming cats also means more birdsong in town. Coyotes are not foraging from dumpsters behind fast food restaurants, though they can carry rabies. The prescription to co-existence is to keep them wild and wary of us, or at least thinking we’re too weird to trust, and never habituating them to associating humans with handouts. Then we’ll get to enjoy them as a wholly remarkable flourish of the wild and the ancient, smack in the middle of modern life.

As the Aztecs discovered long ago, coyotes are a fact of urban existence. Resistance is futile. Best to do what those Americans of a thousand years ago did: Adapt your behavior and take pleasure in coyote success, survivability, and in the wonders of having these small native wolves trotting down our sidewalks and through our yards.

*An earlier version incorrectly stated that coyotes do not carry rabies.