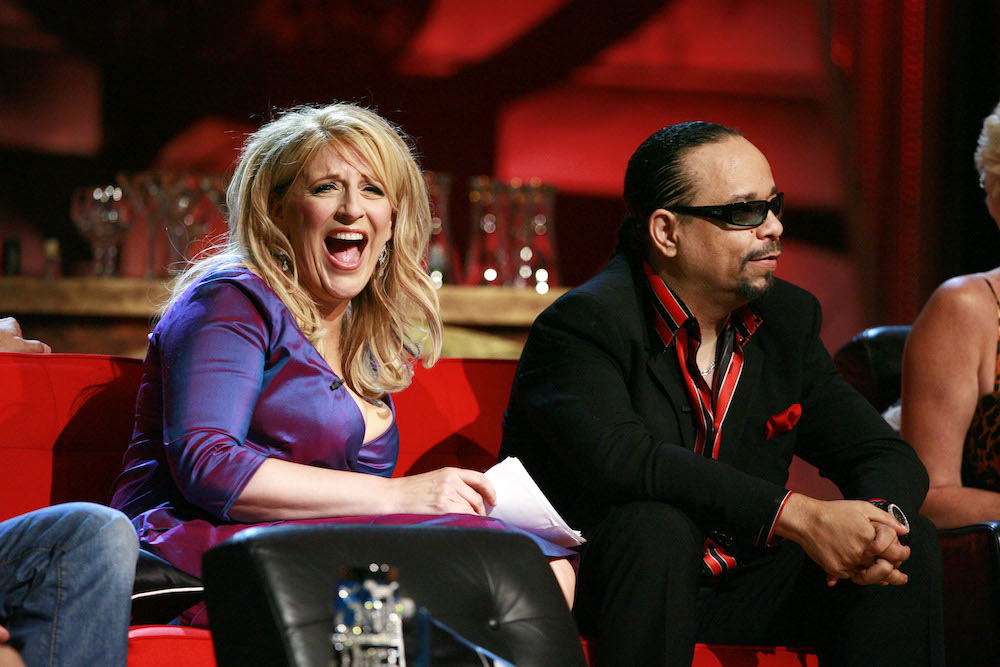 Over the last decade, I’ve studied the changing nature of race-talk among comedians, from the civil rights era to the present. Specifically, I’ve been interested in examining the use of racial insults, stereotypes, and slurs by white comics. Take the following jokes by comedian Lisa Lampanelli from her 2007 comedy special Dirty Girl:

“What do you call a black woman who’s had seven abortions? A crime fighter! … Now I’ve gotta do a Hispanic [sic] joke to even things out … How many Hispanics [sic] does it take to clean a bathroom? None! That’s a nigger’s job!” [Audience members groan, laugh, cheer, applaud.]

The jokes baffled me—how does Lampanelli, who is white, get away with performing these in front of a national audience without being booed off stage and being forced to enter the witness protection program? Lampanelli claims she’s not really a racist and has “good intentions.” But was that all there was to it?

Lampanelli’s routine aired only a few months after Michael Richards’ infamous Laugh Factory disaster, in which the former Seinfeld star unleashed a torrent of racial slurs and insults at a black audience member that lightly heckled his performance. His comments were recorded and soon broadcast around the world. Following his viral blunder, Richards swiftly apologized, noted he was “not a racist,” and also emphasized his “good intentions.”

At the time I watched these performances, I had recently decided to apply to graduate school to research the relationship between race and comedy. As a young man, I had heard the racist jokes told by fellow undergrads and was fascinated by the way they forged and broke social relations. Major public spectacles like these only confirmed my suspicion that this humor was part of a wider public problem. I took the Richards’ incident as a godsend. Well, not really. But examining these types of controversies, and comparing them to performances that didn’t draw as much ire, provided a revealing look into the changing nature of race-talk in American comedy.

Overall, there has been a significant shift in the acceptability of racist speech in public, including under the guise of humor, since the civil rights movement. Take, for instance, the roast of Whoopi Goldberg at the Friars Club in 1993 in which Ted Danson appeared in blackface, performed a series of black stereotypes, and made liberal use of the “n-word.” The performance horrified many in attendance, and the private club famous for its no-holds-barred celebrity roasts issued its first-ever public apology in response. It’s worth remembering that only a few decades earlier, blackface was one of the most popular forms of comedy in the country. The shift from “funny” to “racist” didn’t occur on its own. It took years of opposition and protest from the targets of such racial ridicule.

But in studying the evolution of race in humor, I’m seeing an increasing number of white comics “successfully” making use of racial stereotypes and slurs, despite complaints by some comics and critics who suggest that we’ve all become censoriously hypersensitive and have gone “too far” with all the “PC nonsense.” Think Lisa Lampanelli, Louis C. K., Neal Brennan, Nick Kroll, Amy Schumer, and Jeff Dunham. Sure, there are certain jokes that don’t fly and apologies sometimes follow, but there’s something that’s happening that is allowing these comics to get away with telling these jokes.

To better explore these new bounds in modern comedy, I decided to get my answers from the ground: I enrolled in comedy school. What I learned was incredibly revealing. Over the period of several months in 2008 and 2009, instructors at a reputable L.A.-based comedy school taught my classmates and I not only about the mechanics of comedy writing, but also the social rules that govern its practice.

The shift from “funny” to “racist” didn’t occur on its own. It took years of opposition and protest from the targets of such racial ridicule.

One of the first things I noticed were the differences between how teachers coached white versus non-white comedy students on the subject of race. Unlike students of color, who were encouraged to use racial stereotypes frequently, uncritically, and unapologetically (at least as applied to their own groups), white students were taught to tread racial matters carefully and strategically. Since the Richards incident was fresh in our collective memory, our instructor—a white male—reminded white students not to make racial slurs and stereotypes central to their acts. But he also noted that the biggest payoffs in the industry often come from provoking the taboo without crossing the line, and didn’t steer students away from approaching controversial topics.

To do that, the teacher taught students to employ tricks like creating characters—a friend, a family member, a stranger—who would “tell” the joke with racial stereotypes or slurs for them. The character would serve as a buffer between the performer and the ownership of the statement. He also advised students to ridicule themselves and expose some of their own vulnerabilities before pivoting to material about those outside their own identity groups. For white students, this self-deprecation allowed them to become “equal opportunity offenders,” a common ploy used in comedy that relies on the defense that if you’re ridiculing everyone, you’re not really bigoted.

Pay close attention to any “successful” race-based comedy routine over the last five decades and you’ll see these strategies in action. From Don Rickles to Louis C.K., approaches like those taught in my comedy school act as a magician’s sleight of hand that go unseen by the untrained eye.

But does it really matter that comics can still get a laugh from some racist jokes? Sure, delivery and intent are mitigating factors, but the inescapable question is whether the jokes are pointing out the absurdity of their racist content, or in fact perpetuating it.

Take, for example, that Lampanelli quip where she “jokingly” equates black abortions with crime fighting. The joke told on stage isn’t one that simply remained in the comedy club. This laugh line, and variations of it, have turned up on multiple white supremacist websites, where it reinforces their racist ideas that African-Americans are naturally more prone to criminality. It also turned up in a 2015 Department of Justice probe, where it was one of several racist jokes found in emails circulating among police officers and court officials in Ferguson, Missouri.

The DOJ reported that this and other forms of racist humor served as evidence of “impermissible bias” among members of the city’s municipal courts and police force—an atmosphere that contributed to a pattern of unconstitutional policing in the community. Similar investigations of police departments across the country reveal a pattern of racist (as well as sexist and homophobic) humor circulating among officers. Though the jokes themselves don’t cause the bigotry, they certainly help justify and perpetuate these prejudiced belief systems. It is rather revealing that those who suggest we grow “thicker skins” and learn to “take a joke” tend to ignore such occurrences.

Not all comics are clamoring for a pushback to political correctness; some comedians are leading the charge against racist jokes. Reflecting on her own past reliance on racial humor, Sarah Silverman recently noted that some “racial jokes that were just trying to be absurd” have “less charm” given the current environment where our nation is confronting issues of police brutality against minorities.

The times continue to change, and comedy will continue to adapt. Those who challenge racist jokes aren’t waging a war against comedy. They are just recognizing that in a society still struggling to achieve basic justice and equality for racial and ethnic minorities, such jokes only add insult to injury.