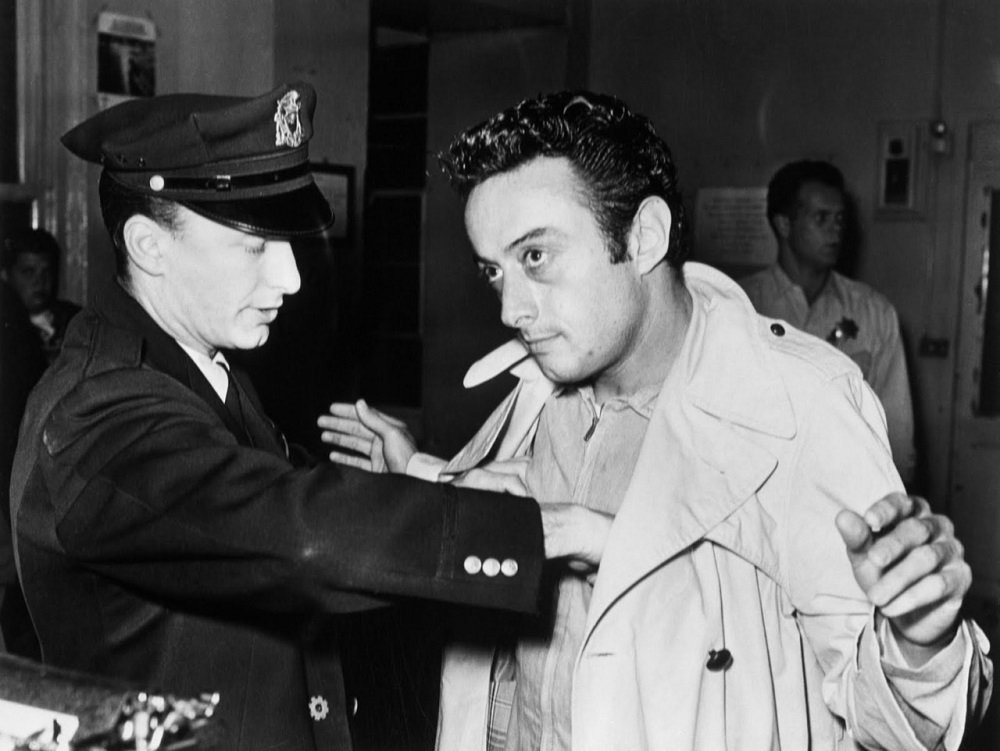 Although today’s ire over offensive jokes is mostly aimed at privileged white men accused of comedic bullying of minority groups, it’s worth remembering that this kind of line-crossing humor has very different origins. As a historian who studies 20th century humor, I’ve spent countless hours studying the evolution of comedy over the decades. What emerges from the record is that outsider voices—namely Jews and blacks—were the real foundational voices that paved the way for today’s most cutting comedy.

The history begins in the 1950s, when stand-up was a fairly benign genre. Clean and apolitical, it was suitable for viewing on family outlets such as The Ed Sullivan Show. But under the radar, a few comics began to experiment with socially relevant material.

The first breakout star of this era was undeniably Lenny Bruce. The comedian radically transformed the genre by bringing his outlandish, raunchy act from L.A. strip clubs to New York City nightclubs. He pushed the boundaries of taste with provocative routines featuring slang, profanity, and incendiary remarks on sex and race. Although his comedic style was influenced by fast-talking New York Jews, Bruce made it his own by peppering his work with vulgarity and stinging satirical social commentary.

In one of his routines, “Religions Inc.,” he imagines faith leaders like the pope and Billy Graham convening on Madison Avenue to exchange tips for defrauding their followers. In another, “Tits and Ass,” Bruce called out mid-century America’s reflexive squeamishness about sexual language and the supposed dirtiness of the human body. And in the famous bit “How to Relax Your Colored Friends at Parties,” the comic mocked the way white people use social niceties to shroud their bigotry. He frequently used ethnic and racial slurs on stage, and did so to diffuse their power. Instead of taking aim at the usual victims of the slurs, he used them to lampoon the bourgeois American values and the post-war climate of cultural conformity in which they thrived.

The acts got Bruce in trouble, most notably in the form of multiple arrests for obscenity between 1961 and 1965. He was technically charged for uttering words like “cocksucker” and “schmuck,” on stage. Historians suggest, however, that the comedian was likely targeted for his sacrilegious remarks about the Catholic Church and the government—routines that described Saint Paul having sex or characterized Lyndon Johnson as racially clueless, among others. (Then, unlike now, certain kinds of line-crossing humor could put you through the criminal justice system, not just the social media justice system.) To many, his bold humor and run-ins with the law made him a brazen, anti-establishment hero, a legacy that endures today.

… it’s also important that we not lose sight of the big picture—that, on the whole, these comedians were challenging moral righteousness and creating new spaces to talk about issues previously off limits.

A decade later, Richard Pryor, who was African-American, followed in Bruce’s footsteps with his own subversive routines. Pryor’s early material was safe and race-neutral—“Mickey Mouse,” as he called it—mostly silly slapstick with an easy-to-please stage persona. But Pryor quickly grew tired of catering to the sensibilities of white audiences. In the late 1960s, he moved to Berkeley, the hotbed of student protests and the Free Speech movement, and started reading Malcolm X. He dramatically reworked his act, infusing it with anger, race-consciousness, and dirty words. By the 1970s, he had built a reputation for a style of humor that was at once sociopolitical and salacious.

Among other taboo material, Pryor’s routines included racially charged anti-police jokes. “They give niggers time like it’s lunch, down there,” he quips in one bit about the plight of blacks in the South, “You go looking for justice, that’s just what you find—just us.” Some critics balked, and others accused him of being a Black Panther. But he continued with his searing, sharp racial commentary. “You ever notice how nice white people get when there’s a bunch of niggers around?” Despite his detractors, Pryor’s counterculture appeal ultimately translated into mainstream commercial success. He’s still hailed as a revolutionary and a prophet, and—as fellow comedian Argus Hamilton donned him—our “Dark Twain.”

Although both Bruce and Pryor get much-deserved praise for their prescience, it’s worth noting that some of their material can be cringe-worthy to hear now. Bruce openly joked about the Holocaust, rape, amputees, and homosexuality; Pryor’s bits were often tinged with misogyny. Both performers made liberal use of the word “nigger.” There is, of course, room to critique these jokes. But it’s also important that we not lose sight of the big picture—that, on the whole, these comedians were challenging moral righteousness and creating new spaces to talk about issues previously off limits.

In this way, the pair was wildly influential. Their legacies not only changed stand-up, but also played a role in shaping sketch shows like Saturday Night Live, sitcoms like All in the Family, and satire magazines like the National Lampoon. Bruce and Pryor opened doors for comedians of all backgrounds to approach controversial themes like sex, race, politics, violence, and religion—and showed that this kind of comedy sells. By the 1980s, those looking to make a career in comedy had a clear roadmap for how to generate publicity, revenue, and renown.

That said, not all of the shocking or vulgar humor they gave rise to was inherently good. The popular “shock jock” comedians of the 1980s, such as Sam Kinison and Andrew Dice Clay, were as offensive as their progenitors, but without any of the intimacy, pathos, or insight. They rightly came off as sexist, rage-fueled bullies. Still, their presence on the stage held up a mirror to 1980s tensions over gender and sexuality. Take, for example, the smug jokes Kinison and Dice Clay both made about gay men deserving to get AIDS. Although the jokes were distasteful, the backlash they caused provoked larger conversations about homophobia during the decade. In this way, even crude, derogatory comedy can be valuable as a barometer of the national mood, and an opportunity to bring up dicey issues that are otherwise repressed or ignored.

If Bruce and Pryor created the world in which straight white guys could yell “faggot” in a crowded theater, their comedic boldness also gave rise to some of the best contemporary comedy performed by women and people of color. Bruce and Pryor’s explicit sexual candor—and, of course, the women’s liberation movement—helped pave the way for modern female comedians like Sarah Silverman, Amy Schumer, Ilana Glazer, and Abbi Jacobson to speak frankly, even grotesquely, about their bodies and sexualities. Black comics like Dave Chappelle, Keegan Michael Key, Jordan Peele, and W. Kamau Bell were able to pick up where Pryor left off in the way they mock assumptions about race and masculinity.

Comedians will continue to take on what polite society considers to be out of bounds. Although standards may change, comics will always be pushing buttons and crossing lines because they know it can be a good way to get a laugh. And there’s more to it than just the joke. From Bruce to Pryor and beyond, inflammatory humor has also been a vehicle for tackling social ills. It’s been speaking truth to power, rattling the enfranchised, and exposing hypocrisy. It’s been bringing uncomfortable anxieties and impulses out from the shadows. It’s how offensive comedy became the American way of comedy—and we’re better for it.