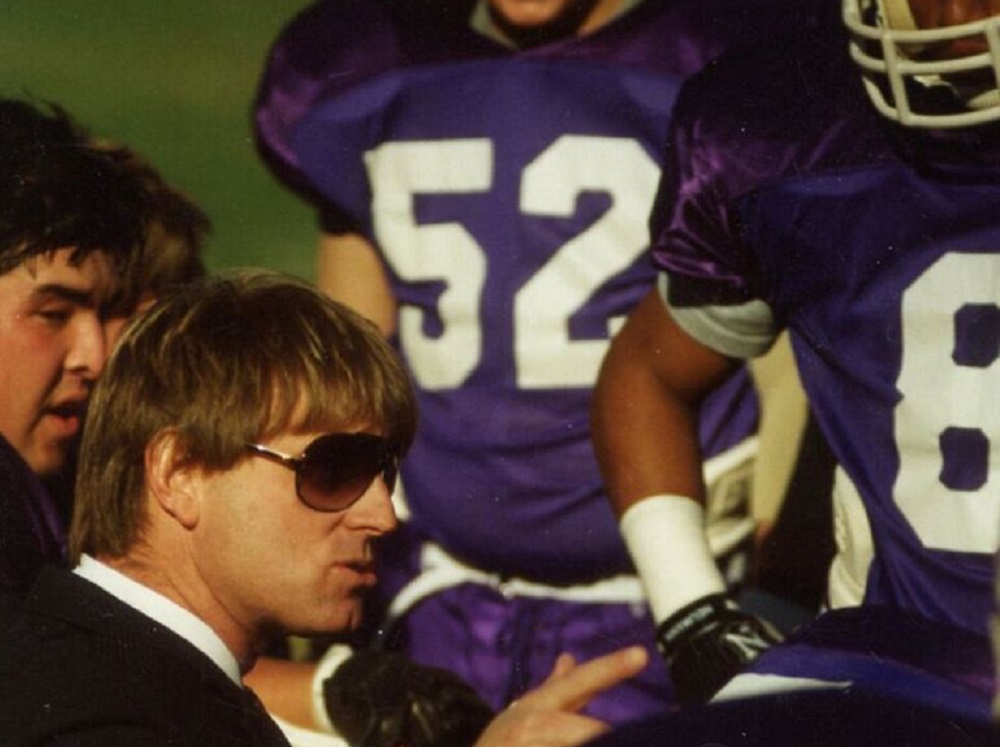 Saturday, August 31, 1991. It was Labor Day weekend, the very definition of a sleepy, late-summer day in that simple, pre-digital world. H.W. Bush was president, the Gulf War was five months gone. The biggest news was that Kyrgyzstan had declared its independence from the Soviet Union. Precisely nothing was happening.

Well, not quite nothing.

In the gently swelling cornfields of southeastern Iowa bordering the Norman Rockwell-brushed town of Mount Pleasant, Iowa Wesleyan College, a 500-student school that had been a showcase of football incompetence for most of the preceding 100 years, was opening its season at home. Its opponent was Northeast Missouri State University, a NCAA Division II gridiron dynamo with 9,000 students, nationally ranked and favored by 25 points. Many people expected a blowout. From all appearances, IWC was going to get the snot beaten out of it.

What the fans saw, instead, was something unprecedented in the sport’s 122-year history. What they saw was tiny Iowa Wesleyan playing a stripped-down, wide-open, high-speed, pass-crazy version of the old game that amounted to a wholesale reinvention of American offensive football. Iowa Wesleyan won, 34-31, but the game was not that close. The IWC Tigers piled up 537 yards of total offense to NEM’s 322. They completed 41 of 54 passes for 454 yards and five touchdowns. They were unstoppable.

No one—no reporter, fan, or coach—understood this at the time, but August 31, 1991 was the day football changed forever. The sweeping and dramatic transformation of offensive football it inspired would not take place immediately. In the world of American sports culture, Mt. Pleasant, Iowa, was a few compass points off the middle of nowhere. It would take the better part of two decades for the changes to work themselves from the upper Midwest’s picture-perfect, brick-and-ivy campuses and into football’s sinew and guts, to revolutionize it, to transform it into the wide-open, high-speed, pass-crazy game we watch on our televisions today.

The father of this innovation—the substance of which we’ll get to in a moment—was a coach named Hal Mumme, who came from Texas to this small Midwestern town in 1989 and spun up a full-scale fantasy of a winning football team.

Before that game, Mumme, a laid-back, irreverent Jimmy Buffett fan with a fondness for Civil War history, had little to recommend him. In 13 years as an assistant or head coach at various high schools and colleges, he had managed only two winning seasons. He had been fired twice. He had had his home egged and his car repossessed. But he had spent much of that time experimenting with the forward pass, making pilgrimages to visit great passing gurus like LaVell Edwards at Brigham Young University, Bill Walsh of the San Francisco 49ers, and Mouse Davis, the pioneer of the offensive system known as the Run and Shoot. By the time he got to Iowa Wesleyan he had—unbeknownst to everyone—invented a new way to play football.

To everyone’s astonishment except his own, Mumme fulfilled all of his promises. When he arrived, the team’s record was 0-10. By the time he left, three years later, Iowa Wesleyan led the nation in most passing categories. That year, Mumme’s quarterback Dustin Dewald became one of the leading passers in the history of the game. In one game alone, he attempted 86 passes and completed 61 of them, both national records.

The unprecedented quantity of passes was the product of much deeper changes. At Iowa Wesleyan Mumme redefined the fundamental principles of the game, its goals and objectives, even the way teams measured success. His offense was so far outside the normal rules and conventions that his players were actually playing an entirely different game than their opponents.

… Mumme redefined the fundamental principles of the game, its goals and objectives, even the way teams measured success.

For example: His opponents played a game in which the offensive team ran 60-65 plays per game. That was what everybody did. Except Mumme. In the Northeast Missouri State game, his team became the first in the modern era to run a two-minute, no huddle drill for the entire game. He ran 82 plays. In a subsequent game that season he would run 100—as many as another team would run in a 5- or 6-quarter game. This relativistic scale applied to the concept of downs, too. The opposition believed it had three downs to get a first down, or be forced to punt. Hal’s team, which seldom punted, played a 4-down game, giving them an extra chance. And Hal’s team usually converted the extra chance—his quarterbacks completed 70 percent of their passes, something that had not been done before—the product of his ultra-simple system of field-decoding.

Mumme altered concepts of space as well as time. While the opposition preferred to play a game where the players were jammed together in a tight scrum at the middle of the field, Hal and his assistant coach Mike Leach—who would go on to fame in his own right as the coach of Texas Tech and Washington State—created wildly porous formations, putting 4 to 6 feet between his offensive linemen. He often emptied his backfield, sending five receivers streaking to all corners of the field. His teams forced their opponents to defend a much larger area than they ever had before.

Mumme turned other football traditions on their heads, too. Conventional wisdom dictated that the single most important statistic other than the score itself was the time of possession, which signified ball control. Hal thought the statistic was utterly meaningless. He was happy to hold the ball for merely 20 percent of a game and win by 50 points. In a world where the size and complexity of a coach’s playbook was considered to be a measure of talent and ability, Mumme’s offense was ultra-simple. He had no playbook at all and just a handful of plays. But he had designed his few plays to look complex, meaning that his players played a dead simple game while the overly complex defense believed it was seeing dozens of angry hornets buzzing at them.

All of these heresies exploded on the football world in 1997, when Mumme became head coach of University of Kentucky and took his explosive offense to the supposedly pass-proof, lockdown defenses of the SEC. When he beat Alabama and Louisiana State University, the entire football world was suddenly paying attention. After Kentucky’s game with Alabama, a steady stream of coaches and players showed up in Lexington, wanting to learn the magic. The coaches included rising stars like Urban Meyer, then an assistant coach at Notre Dame (and later a national championship-winning coach at University of Florida and Ohio State), and Sean Payton, then an assistant with the Philadelphia Eagles (and later the Super Bowl-winning head coach of the New Orleans Saints). The following summer, 6,000 high school players and many of their coaches attended three continuous weeks of Air Raid camps at the University of Kentucky. Requests poured in from all over the NFL and college football for Kentucky game films.

Since then, football at all levels in America has been transformed into something that looks a lot like the Iowa Wesleyan-Northeast Missouri game: an up-tempo, spread-the-field, pass-all-the time sport. The shift has been massive. In 1991, when that game was played, only five NCAA Division I quarterbacks had thrown for more than 10,000 yards in their careers. By 2016, 90 more had done it. Of the 92 college NCAA D1 quarterbacks who have thrown for more than 4,000 yards in a season, 78 have done it since the year 2000.

Mumme was not the only one to unleash this change, but you could argue that, in the second decade of the 21st century, it has been his radical, innovative ideas that have changed the game more than anyone else.