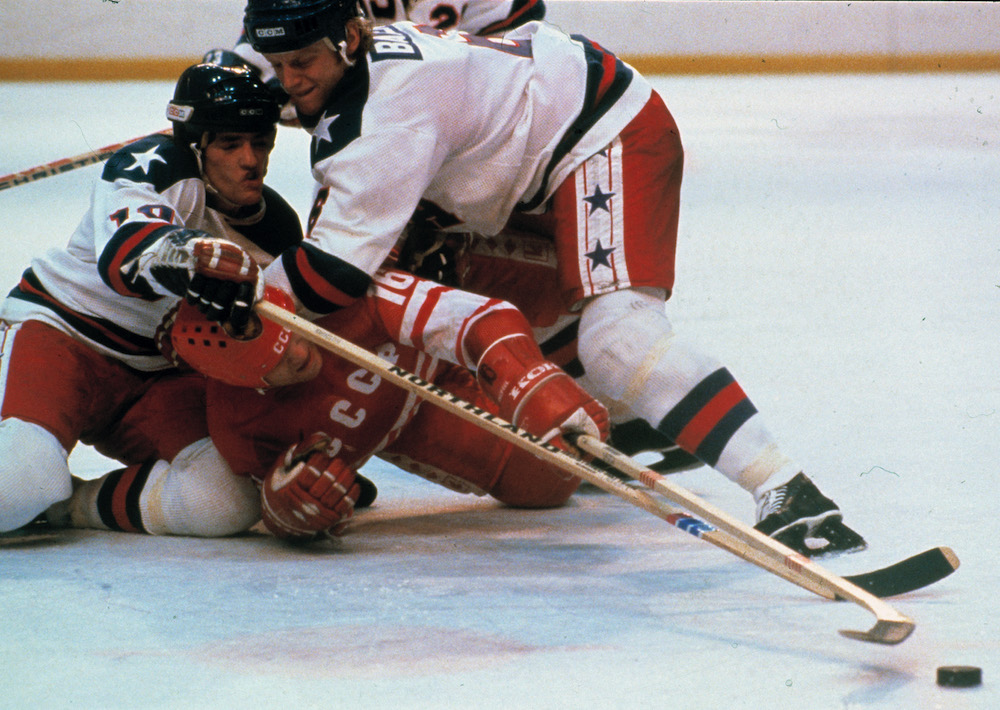 The United States and Russia have been at loggerheads for so long now that their rivalry might seem to be a permanent feature of the international firmament. But just as the stars have only recently come into their current alignment (on an astronomical time scale, of course), so it is with the relationship between Washington and Moscow. In the American imagination of the 18th and 19th century, Russia was just one of many places “overseas,” albeit a really big, cold one with a bunch of good writers.

Of course that American ambivalence towards things Russian eventually changed, and we know exactly when it did: November 7, 1917, the day the Bolsheviks seized power in Petrograd and the American idea of “Communist Russia” was born.

Though Lenin quickly irked the West by pulling out of World War I, Communist Russia was hardly a great boogieman to ordinary Americans. Thousands of justifiably anti-Communist Russian emigrés tried to convince them otherwise. They told Americans that Russia was no longer an obscure country “overseas”; rather, it was a vehicle for the spread of international communism and, therefore, a real threat to the United States. During the first “Red Scare” immediately after the war, American politicians took up this same argument, and they even arrested—in manifest violation of the Constitution—a bunch of American radicals and not-so-radicals. But, among ordinary Americans, the “Russians are coming” cry fell largely on deaf ears. The Bolsheviks couldn’t even hold Warsaw, let alone Washington. They were, well, all bark and no bite.

After Hitler foolishly declared war on the United States in the aftermath of Pearl Harbor, Stalin became America’s ally against the Nazis. Propagandists in Washington and Moscow worked night and day to make sure that frightening “Communist Russia” became friendly “Russia” in the eyes of Americans. The murderous Stalin underwent an image makeover to become “Uncle Joe.” It worked for a time, though of course the Bolsheviks were no less frightening during the war than they were before or after it.

America’s professional Russia-watchers—men like the diplomat George Kennan—knew this well. They told their American political masters the truth: the Russian alliance with the “capitalist powers”—as the Bolsheviks called them—was simply a tactical move required to beat the “arch-capitalist” Nazis. The USSR’s strategic goals remained the same: a completely communized Russia and world revolution directed from Moscow. Inside Russia, radical social engineering continued during the war: Stalin moved millions of ethnic minorities around the USSR like so many chess pieces. And yet, as of February 2, 1943, the day the German Sixth Army surrendered to Soviet forces at Stalingrad, it became evident to anyone paying attention that the Soviet Union would defeat Hitler largely on its own (an uncomfortable truth for the Western allies), and emerge from the Second World War as one of only two “superpowers.”

During the Cold War, Americans wrote about Russia, discussed it, and fought about it to a degree that is, even today, completely unimaginable. You could have a good conversation about Russia in a bar.

The overwhelming nature of the Soviet victory over Hitler had a massive impact on the American view of Russia. Suddenly—and particularly after the USSR developed (stole, really) the atomic bomb in 1949—Communist Russia was a real danger to the United States. Just as they promised, Lenin’s successors had begun the process of spreading communism throughout the world: they had helped themselves to a “liberated” Eastern Europe, they were threatening Western Europe, and they were deeply involved in so-called “Wars of National Liberation” all over the globe. American concerns over Soviet ambitions and its leaders’ regrets over not having stopped Hitler early on led to Washington’s obsession with the domino theory, the idea that if you give in anywhere to your nemesis, you might as well succumb everywhere. And so it was that countries like Greece, Korea, Vietnam, Nicaragua, and many other, lesser known places became strategically vital to American policymakers.

But Americans didn’t only contain the Russians, they also studied them for the first time in American history.

And this is where I come in. I was one of those people trained by the government to study them. Though I was much more interested in basketball than books in high school, I happened to read George Kennan’s turgid Russia and the West under Lenin and Stalin. Just why my father had a copy I’ll never know; he wasn’t much of a reader (duck hunting was his thing). But it was the only read available when I was bed-bound with mono. Later, I mentioned that I’d read it in some college application materials and, lo and behold, the college of my choice assigned a Russian historian to be my freshman advisor! He essentially “sold” me Russia as a career. When, four years later, I told my duck-hunting father that I was going to grad school to study Russian history, he thought I’d lost a screw. But I explained to him what I’d been taught: the Soviet Union was hugely important to the U.S.; we had to know everything about it. For much of the next decade I studied Russia, largely on the government’s dime. Then in the following decade or so, several posh universities hired me to teach America’s youth what I’d learned.

Looking back, what I find most remarkable about the salad days of “Russian Studies” is how fascinated ordinary Americans were with the USSR. During the Cold War, Americans wrote about Russia, discussed it, and fought about it to a degree that is, even today, completely unimaginable. You could have a good conversation about Russia in a bar. In the course of this completely unprecedented national discussion, ordinary Americans developed rich, sometimes sophisticated views about Russia. The essence of what Americans believed about the USSR remained the same throughout this discussion: it remained, as always “Communist Russia.” But the American image of Russia was no longer crude and monolithic; rather, it became subtle and varied, and more accurate. People argued over terms like détente, and over whether Pershing missiles in Europe or Olympic boycotts would make things better. I can remember NFL broadcasts being interrupted for updates on the Reykjavik summit between Reagan and Gorbachev.

Then, on December 26, 1991, it ended: the Soviet Union collapsed and with it most of what mattered about Russia to ordinary Americans. Americans stopped talking about Russia in bars. My classes got smaller. Russia became again what it had always been in the American mind: someplace else. Insofar as ordinary Americans think of Russia—and mostly they don’t—they see it much the same way their forbearers did before and after the Cold War: huge, cold, ruled by despots, and peopled by the downtrodden.

Of course, the “Communist Russia” legacy can still be sensed in the contemporary American understanding of Russia. Vladimir Putin, like the General Secretaries of old, is still sitting atop a pile of nuclear weapons as he attempts to spread Russian influence. He’s somewhat menacing, but my sense is that ordinary Americans think Russia’s nuclear weapons, much like its society and economy, are somehow broken.

Russia’s days of being our all-consuming nemesis aren’t likely to ever return. The two forces that brought Russia into the forefront of American consciousness during the Cold War—Bolshevism and Russia’s superpower status—are gone. And good riddance to all that, I say, even if it means my fellow citizens won’t pay as much attention to me as I go on and on talking about Russia.