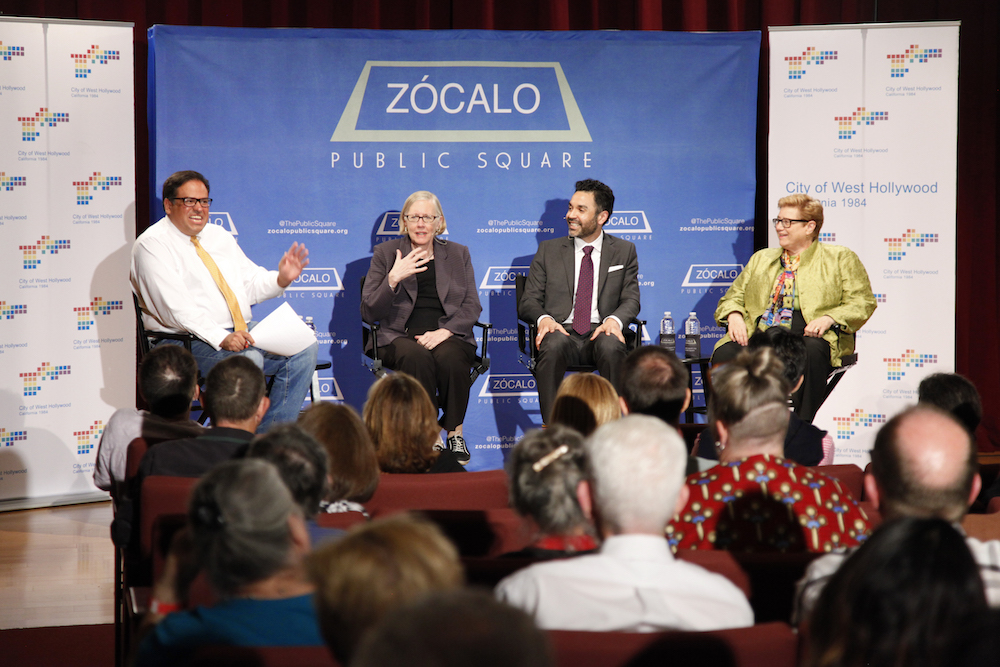 Twenty-first century librarians do not wear their hair in buns. They don’t relish levying fines on forgetful patrons. They won’t scold you for bringing a cup of coffee into the building. And they’re just as comfortable (if not more so) talking about 3D printers and “maker spaces” as the state of their stacks.

At the Zócalo/WeHo Reads event “Do Libraries Have a Future?” on the occasion of the fifth anniversary of the opening of the West Hollywood Library, three librarians were challenged by Zócalo Public Square publisher Gregory Rodriguez to shake off stereotypes and misconceptions about their professions—and predict what’s next for their places of work.

Rodriguez opened the conversation by asking the librarians to share their childhood library memories “before I go anti-library on these people,” a comment that elicited shock from the full-house crowd at the West Hollywood City Council Chambers.

The library is “one of the first places you go as a child where you have a certain degree of responsibility,” said Miguel Figueroa, director of the Center for the Future of Libraries at the American Library Association. He recalled his first laminated library card as “this tangible expression of growth and opportunity and responsibility. It’s a pre-driver’s license of sorts.”

Then the grilling began. Rodriguez recounted a few of the things people complain about in the library, including a large homeless presence and a confusing mission where a library can sometimes seem like a community center.

Susan Hildreth, former director of the Institute of Museum and Library Services and professor of practice at University of Washington Information School, said that dealing with such a broad customer base is a challenge. But librarians want to help everyone, and have rules to keep patrons safe.

Susan Parker, deputy librarian at UCLA, cautioned that assumptions are in direct conflict with libraries’ missions. “Libraries are a place where we’re trying not to be judgmental on those levels,” she said. At UCLA, when a budget crisis caused the rollback of library hours that had been open 24/7, many librarians were surprised to learn about the crucial role they played in the lives of the community, including providing a nighttime support system for homeless students. “Libraries traditionally are about helping people in a private way,” she said. “As a child it was important to me to look up information that was maybe kept from me at home. For young people who are gay or trans—it’s a safe space for them to find out for themselves.”

Are libraries, asked Rodriguez, diluting their purpose by taking on the responsibility of social ills that other segments of society should have to deal with?

Figueroa pointed out that a lot of social services have been stripped away, and libraries are “one of the few civic assets still open to a lot of different people.” At the San Francisco Public Library, where Hildreth used to work, there’s now a social worker on staff. The best libraries become part of the solution, in part by teaming up with other organizations. Plus, Hildreth said, their mission is to share information, including civic information.

One of the classic purposes of libraries, said Rodriguez, is that they “exist to enlighten and nurture the electorate.” He asked the panelists: “Is that still true?”

The public library hopefully remains one of those civic spaces where you encounter people from different perspectives, where you have a level playing field.

“One of the challenges we’re now facing is there are multiple spaces where people are segmenting themselves,” said Figueroa. “The public library hopefully remains one of those civic spaces where you encounter people from different perspectives, where you have a level playing field.” By contrast, private spaces—even if, like Starbucks, they mimic the library in providing work and communal areas—ask for something in return.

Libraries are also finding new ways to convene people, like “maker spaces,” where children and families can be creative together and community events. The librarians on the panel agreed that flexibility is the key to fulfilling these many roles, whether it’s helping people switch between traditional books, eReaders, and audio books or transforming multipurpose spaces from one day to the next. It’s not an “either-or” situation but a “both-and” one, they said.

The demise of libraries is “a trope that’s very easy to put in a tweet,” said Parker. “If you are fortunate enough to be able to buy the book you want to read today on Amazon, have a laptop, subscribe to Internet in your home, maybe libraries are not obvious to you.” But they are a crucial resource to people who don’t have all those things. In fact, Hildreth said, more than 20 percent of the population doesn’t have private Internet access.

Before turning to the audience for questions, Rodriguez asked about the old “bun in the back of the head” librarian stereotype. “Is the public’s perception of librarians accurate?”

No, said Hildreth. “The perception that we’re very quiet, we’re unassuming, we just want to shelve the books” is totally inaccurate. “We are people who are engaged in our communities,” she said. “Most of the librarians I know, know their communities, know where they need to be—and they are seen as key players in their communities.”

The audience question-and-answer session featured a few fellow librarians and a number of library lovers asking about the future of the library—including the future of fines.

“We know library fines and fees are serving as a barrier for a number of users, particularly youth,” said Hildreth. At the same time, many parents and caregivers say that fines help develop a sense of responsibility. “Do we want to take that away from our young people?” Lots of libraries are considering changing their fine system or even eradicating them entirely.

We need to have an open dialogue about both fines and how libraries are funded, the panelists agreed. It’s a conversation.

Another audience member asked how libraries could address disparities in their communities. The best-funded libraries are usually in the neighborhoods that rely on libraries the least. Can libraries with more resources help those with fewer?

It’s complicated, said Figueroa, by the fact that libraries are locally funded. But national projects that encourage information sharing and program sharing have the potential to move toward a solution.

“We find ways to collaborate,” said Parker, adding that libraries are well-versed in moving collections around. But when it comes to other ways of working together, “there’s a lot of work to be done and it’s hard work.” 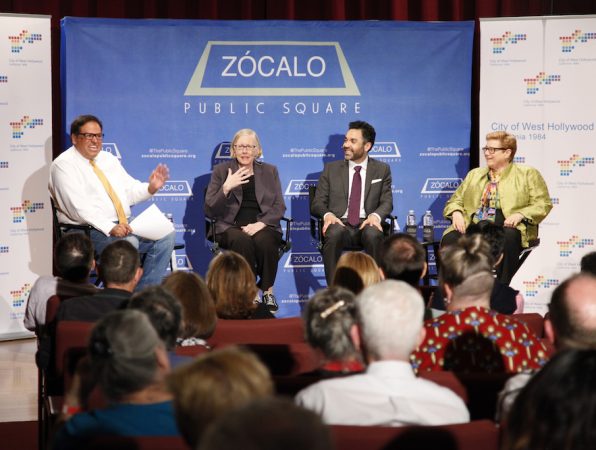 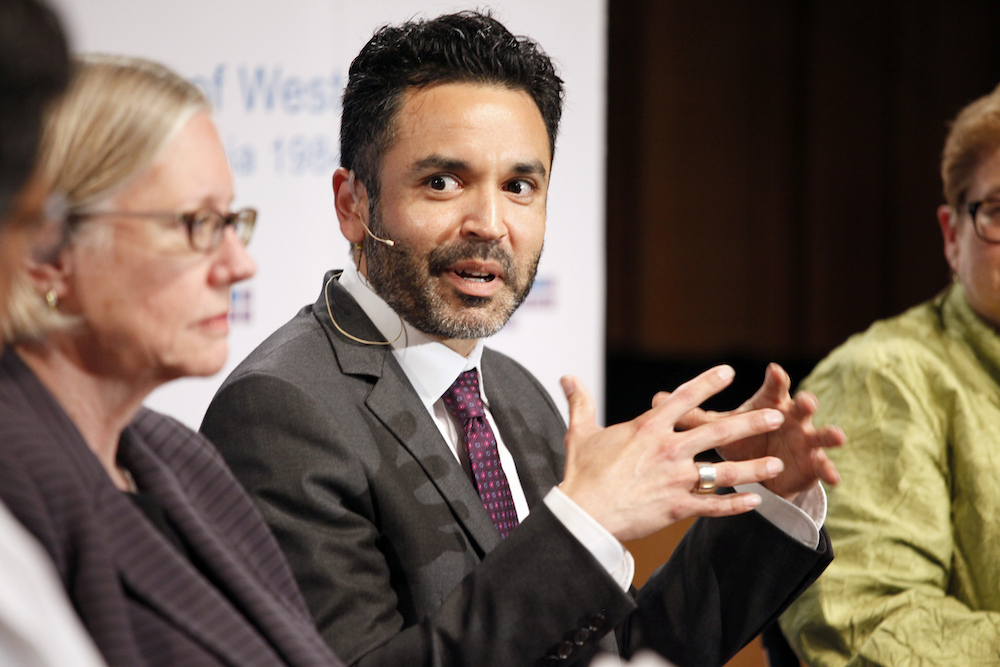 Miguel Figueroa, director, Center for the Future of Libraries at the American Library Association 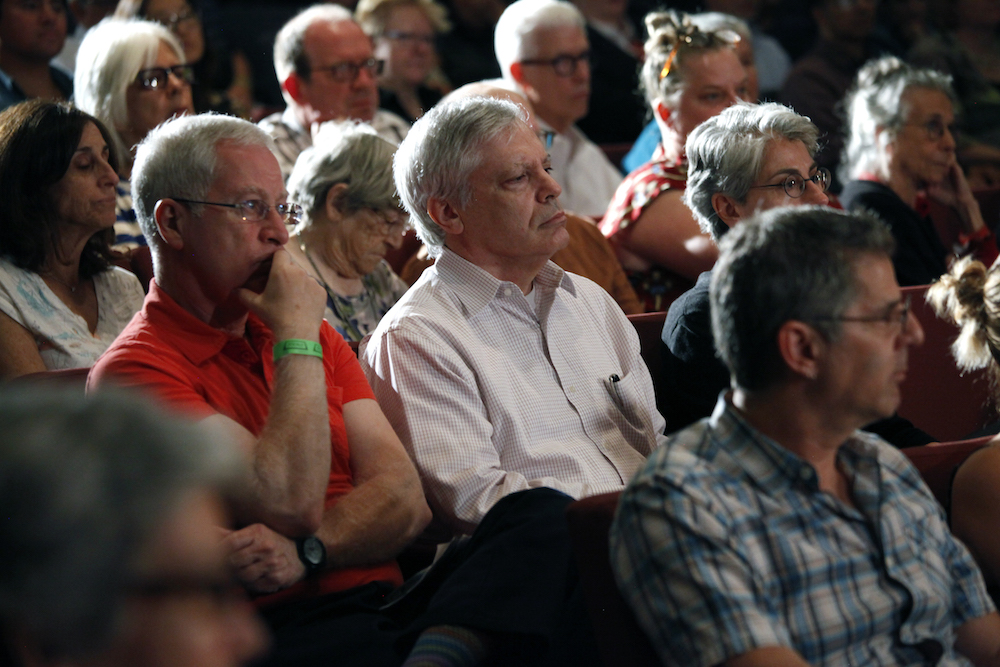 A full house at the West Hollywood City Council Chambers 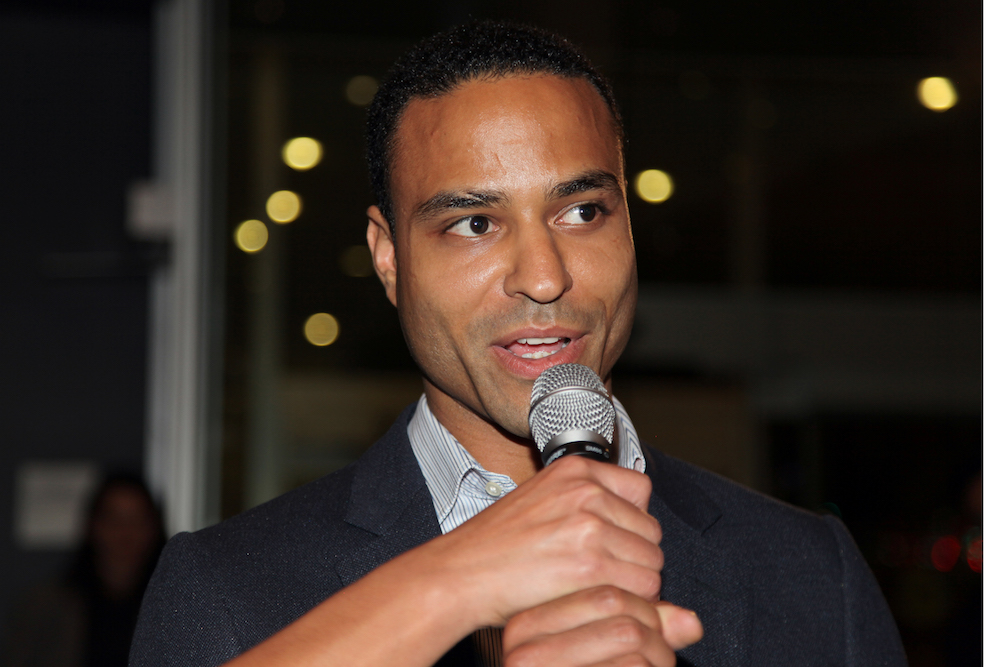 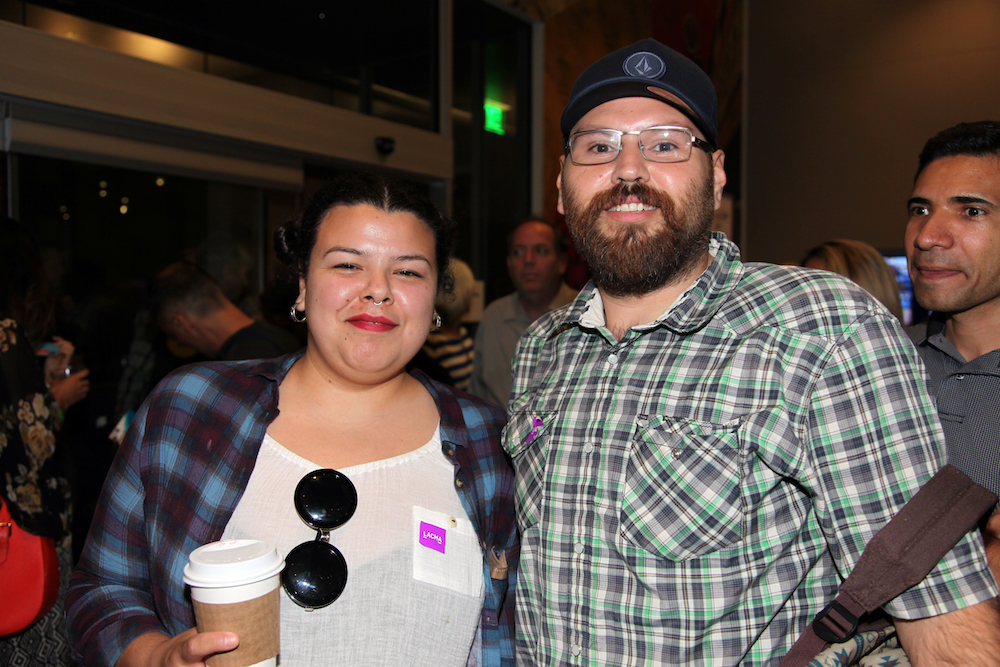 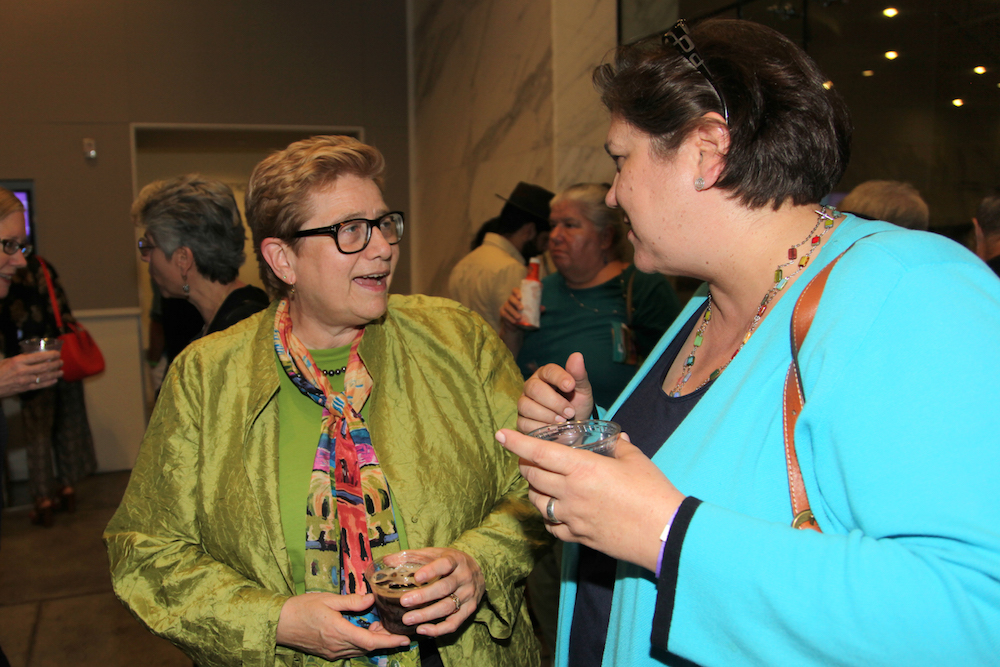