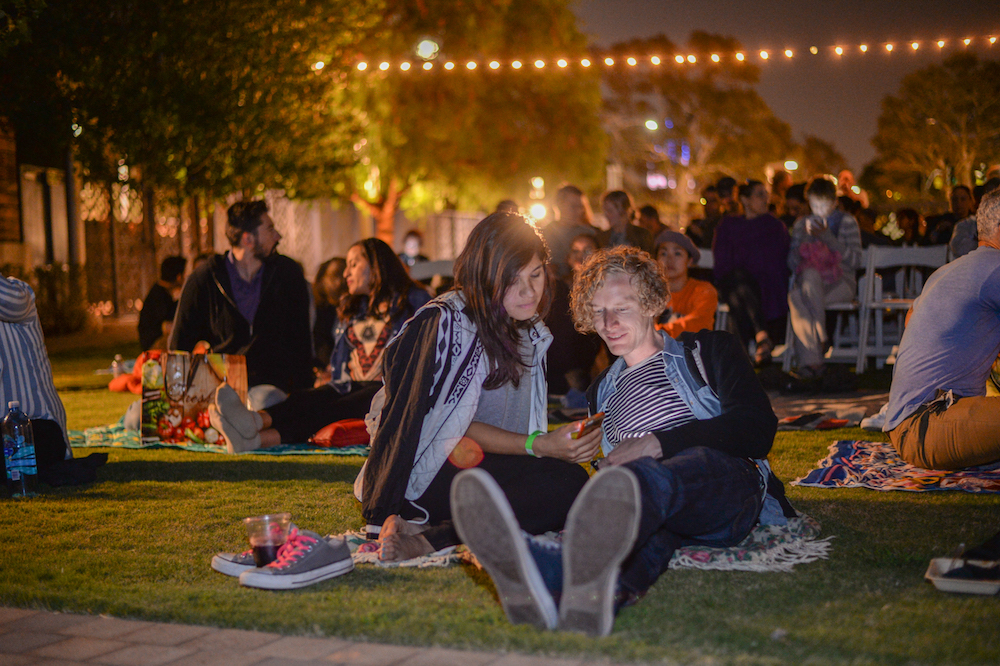 Upon its release in 1998, the indie comedy Rushmore cemented both director Wes Anderson’s reputation and co-star Bill Murray’s renaissance as patron saint of droll, sad-eyed, middle-aged men in crisis. Nearly two decades later, it turns out that Rushmore is also an ideal film for early fall, when there’s a chill in the air and the promise of a new school year is unfolding.

Some moviegoers were such fans of Wes Anderson, whose credits also include The Royal Tenenbaums and The Grand Budapest Hotel, that they came to LA Plaza’s downtown site from Los Angeles’ surrounding cities. Dalena Bui and her date Khoa Le hadn’t seen Rushmore before. “We’re familiar with Wes Anderson,” said Bui, who recently introduced Le to The Grand Budapest Hotel. “A beautiful film.” They drove in from Orange County just for the Friday night film screening.

Julie Marin and her husband were looking for a good date night downtown. Marin wanted to spend her birthday in the area and thought the film would be the perfect finish to the evening, even though she’d never seen the movie before. “This was an impromptu decision,” she said. “I don’t have any expectations; I’m a clean slate.”

Though Rushmore now has cult status, many audience members hadn’t seen the film, or hadn’t re-watched it since its release. Andrea Kirschner, who was in high school when Rushmore came out, didn’t like the film back then. “Max was so pretentious,” she shuddered before the screening.

Rushmore follows Max, played memorably by then-unknown Jason Schwartzman (son of Talia Shire and nephew of Francis Ford Coppola), as he attempts to stay in his beloved prep school Rushmore while under “academic sudden death” for pursuing too many extracurriculars and not studying enough. Matters aren’t helped when the 15-year-old falls for teacher Rosemary Cross (Olivia Williams), an alluring Brit with a thing for Jacques Cousteau. With the help of his newfound friend Herman Blume (Bill Murray), the wealthy father of Max’s classmates, Max hatches various schemes to attract Miss Cross. But they turn the plotting on each other after Blume and the teacher begin a romantic relationship. Meanwhile, Max gets kicked out of Rushmore and must navigate being the new kid at the public school in his shabby neighborhood.

With Anderson, the charm is in the detail. “This is so sweet!” Kirschner exclaimed during the film, won over by Schwartzman’s cringe-worthy yet heartwarming performance, the Mark Mothersbaugh-selected soundtrack, and the costumes.

Fashion was the main draw for some in the audience, like Taylor Demarest, who attends the nearby Fashion Institute and had seen the film before. Nate Fitzpatrick, an analyst for the clothing company Splendid (which has offices near LA Plaza), admired the green velvet suit Max wears during the film’s final scene. We won’t give it away here, but it’s a surprisingly simple happy ending to a complex tale—just the way Max, and Anderson, wanted it. 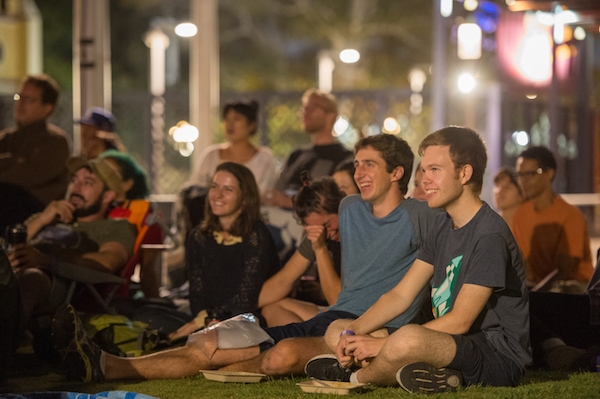 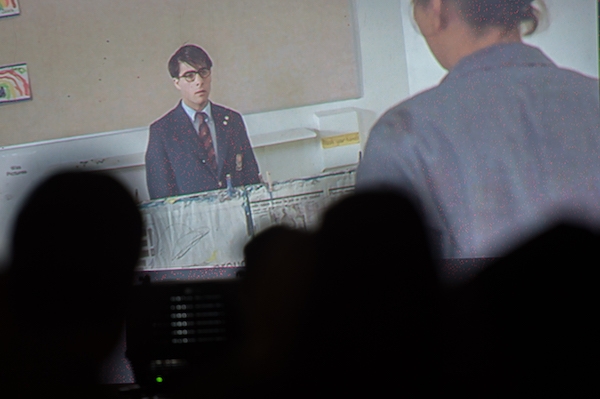 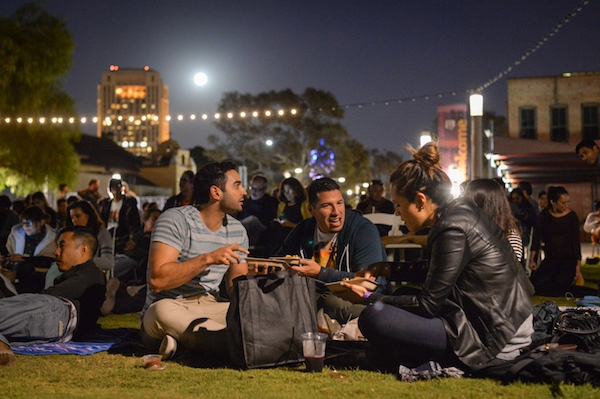 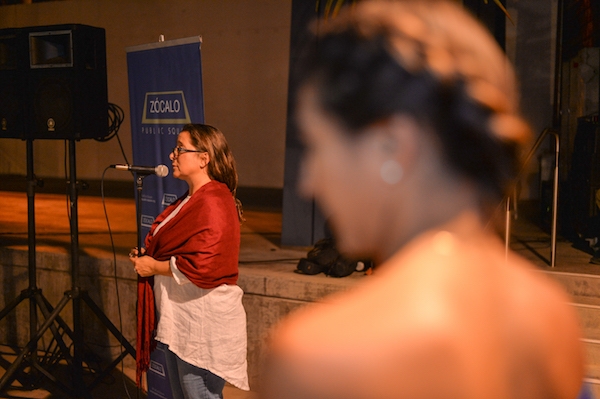 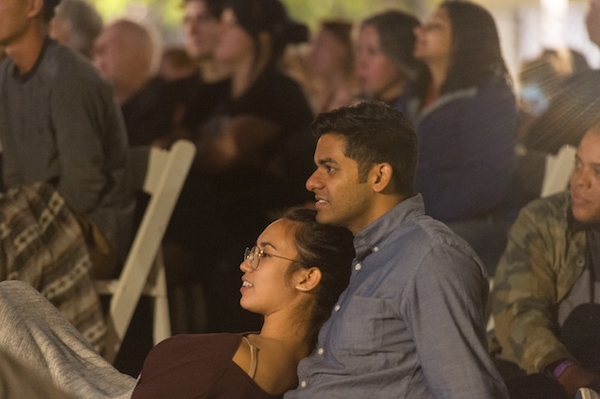 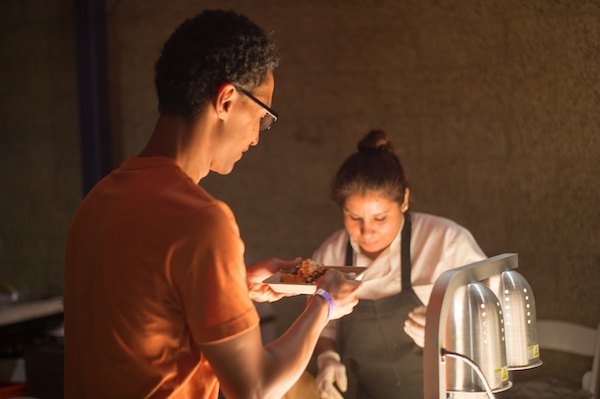 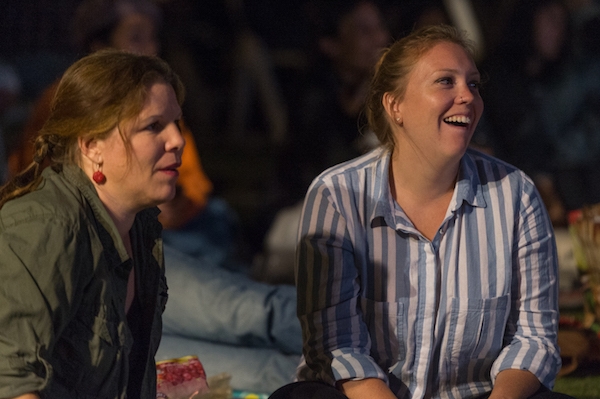 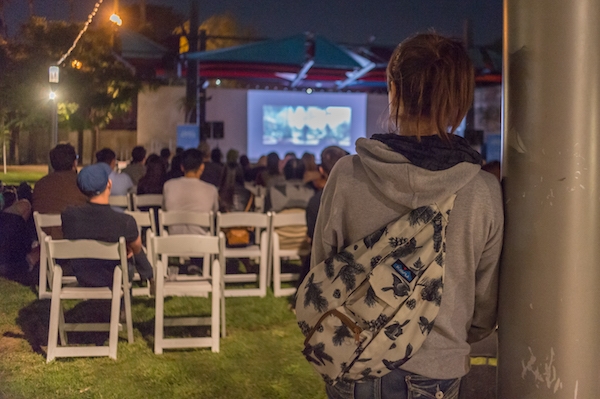