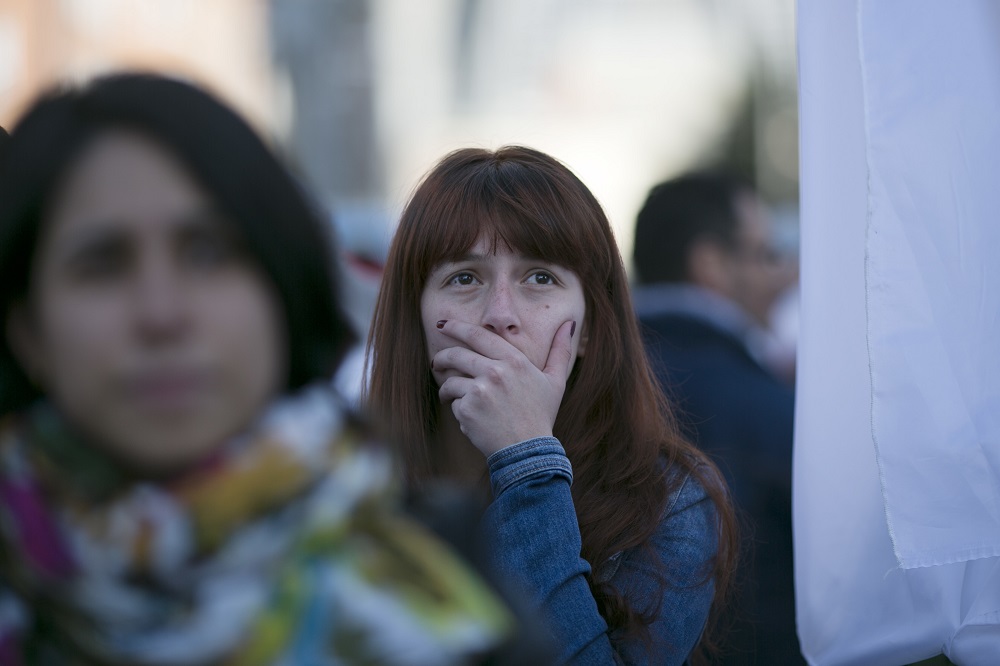 Everything about Colombia’s plebiscite for peace was unexpected.

Not just the dramatic result—a rejection of the peace deal between the Colombian government and the Revolutionary Armed Forces of Colombia (FARC) that was supposed to end 52 years of civil war.

Pundits in and out of Colombia never imagined the deal would be voted down, but the outcome was hardly inexplicable. And the reason for the outcome was not, as official advertising in favor of the referendum for the peace deal insinuated, that those campaigning for a NO “want war.” Nor was there any truth to the claim, advanced in the violent rhetoric of the opposition campaign, that those who voted SÍ were “surrendering to terror”.

I’m a Uruguayan political scientist, based in Chile, who studies referenda and other forms of direct democracy in South America and around the world. And the failure of the referendum, while historic, is hardly new or without precedent.

As to the question of the peace deal itself, many Colombians refused the government’s premise that the only alternative to this peace deal was a continuation of violence. The deal included plans for reintegrating former guerrillas into society that were deemed too lenient by a significant slice of a Colombian electorate fed up with the FARC. Almost all Colombians wanted peace, but disagreed over whether the accord amounted to a necessary political settlement or unwarranted amnesty for criminals.

But beyond the merits or demerits of the peace accord, the NO’s triumph was also the product of government manipulation of the plebiscitary process that is all too common in direct democracy.

And, paradoxically, the manipulation occurred in in the context of a plebiscite that was institutionally unnecessary. The government was not required to submit this referendum to people; it chose to.

What’s the story behind this manipulation—and the boomerang against the peace deal? It’s important to start with the recognition that even in the best democracies, all electoral acts, be they to choose our representatives or to decide a matter via a direct vote, can be abused. Robust democracies have a number of institutional mechanisms—from poll observers to full and free media coverage—that can counter such attempts to abuse the process. But there is no perfect system.

Direct democracy is particularly open to manipulation. You can bias a vote in how you draft the question that is put to voters. Sometimes the campaigning and civic discussion can happen too quickly. And the design of the election, from how polling places are selected to how public employees deal with voters and ballots, can be changed to favor one side or another. Deep media bias can also be a factor, with one side able to flood the public with information, overwhelming contrary information and opinions.

In the run-up to the Colombia referendum, the manipulation included all of these elements, simultaneously. And some problems were particularly severe. The question posed to voters was clearly biased in favor of the peace deal—“Do you support the final agreement to end the conflict and the construction of a stable and long-lasting peace?” There was little time for discussion or decanting of ideas and positions. And the election institution tinkered with the process—specifically the quorums for participation and approval— to seek advantage for the SÍ side.

The state was not neutral on the question; public employees were allowed to be active for only one of the options. And finally there was an advertising blitz that amounted to emotional blackmail: if you vote NO, voters were told, you wanted the continuation of conflict.

Put all these issues together, and Colombia’s plebiscite couldn’t pass the minimum test of democratic fairness.

The government was accused of appeasement, and the opposition raised the specter of the peace deal turning the country into a new Venezuela.

The self-righteous nature of the government’s campaign in favor of its accord led many voters inclined to vote NO to avoid tipping their hands prior to the election. As a result, pollsters failed to capture public sentiment. Imagine a typical average voter with some sympathy to the option NO, because of concern about the particular terms of this peace deal. If that person had government business, he or she would find public employees wearing the “SÍ” logos, with doves, in any public office. “SÍ” posters supporting the deal would be all over the office. And said voter would be inundated by the yes doves in the street and in the extensive media propaganda. The voter could use Uber for free to get to a voting place if he or she entered the right code, “QuéTalSi” (“What About a Yes”).

At the same time, the opposition was hardly without sin; it offered a wicked campaign, backed by some of the society’s most reactionary sectors, that argued the government, through the peace deal, was delivering the country to the terrorists of FARC. The government was accused of appeasement, and the opposition raised the specter of the peace deal turning the country into a new Venezuela.

In the face of such pressure, the polite and expedient social norm among many Colombians before the plebiscite (as your mom used to warn you about other people), was to say nothing about the peace accord if you had nothing to say.

The simplistic messaging on behalf of the “SÍ” as a vote for peace got in the way of an honest pitch for the details of plan. And the government itself seemed to believe its own propaganda, that a vote for the deal was inevitable. Witness the world preview party in Cartagena for the vote, attended by United Nations Secretary General Ban Ki-moon and authorities around the world, all celebrating the end of violence.

The vote’s outcome was seen as a fait accompli. And it was this impression of a fait accompli that led to the defeat. Actually, the way in which the plebiscite was being sold was backfiring under the surface. For one thing, why go to vote YES if the vote is all but certain? In the end, turnout was less than 37 percent of Colombia’s electorate of nearly 34.9 million, with just 6.38 million voting yes, or 18 percent of eligible citizens.

For another, it’s possible that some people who might have voted YES with huge doubts, assuming a clear victory for the yes, felt comfortable voting no as a way of expressing that the agreement is far from ideal, in the belief they wouldn’t harm the final results of the plebiscite.

The government was guilty of not living up to Colombia’s status as a democracy. It failed to give the minimum consideration to the opposition, much less respect. The vote would have gone better if the wording of the question and the media coverage had been balanced, if the quorums had not been touched, and if public employees had been barred from campaigning so actively.

Colombia’s leaders were guilty of haste, pride, and arrogance. The governmental triumphalism led to celebrations long before the vote. Fans of Colombia’s national football team should have known better—a victory should never be celebrated before the referee blows the final whistle. That triumphalism combined with the opposition’s fear-mongering campaign to create uncertainty, and we know from considerable research that in the face of such anxiety, the status quo tends to thrive.

When you understand the context of this plebiscite, the social media reaction that Colombia “lost the peace and won the war” is clearly absurd and reductionist. Peace did not lose—this particular agreement did. It’s time to try again, and bring forward a peace agreement in a fair referendum that can enjoy the support of a majority of Colombians, not just the 18 percent of eligible citizens who voted YES.