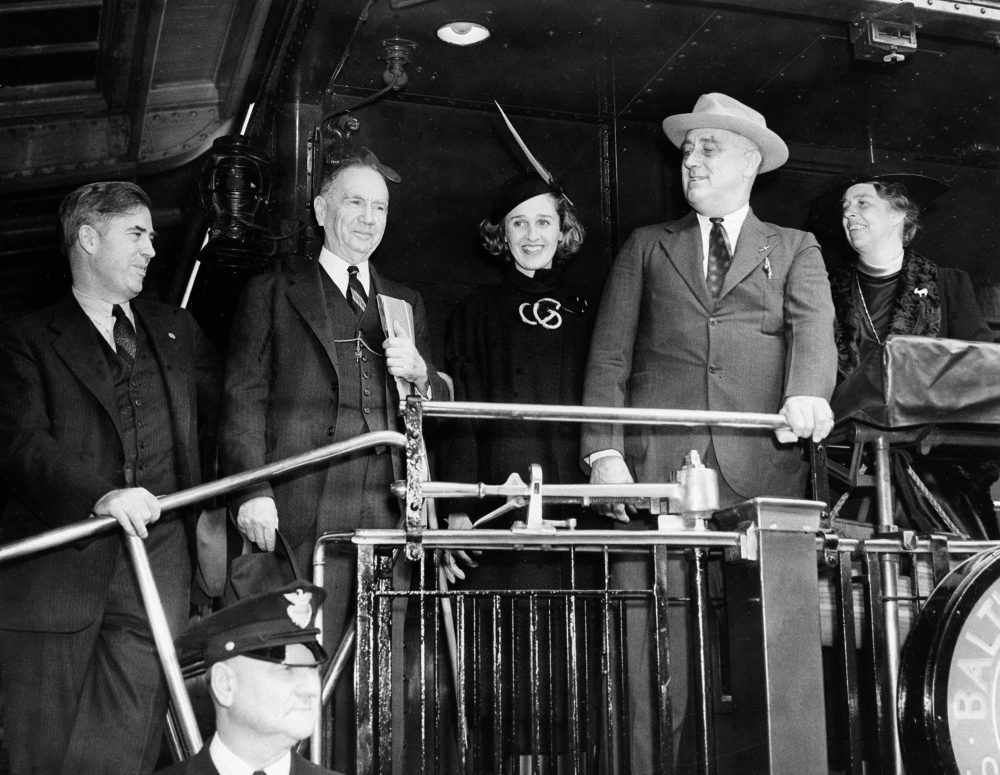 True or False? Franklin Delano Roosevelt claimed to be a conservative defender of the nation’s founding ideals.

If you answered “both,” you’d be correct. We don’t tend to think of FDR as a conservative today, and at certain points he would have rejected the label, but in 1936 that was how he wanted to be understood. He was three years into his first term and it was far from clear there would be a second. The mandate from his 1932 landslide victory seemed exhausted. Americans were seven years into the catastrophe of the Great Depression, which had destroyed whole industries and spread economic pain across the country.

Most of all, Roosevelt faced withering criticism for his signature agenda, the New Deal. While his predecessor, Herbert Hoover, had resisted using the powers of government to battle the Depression, Roosevelt argued that the economy had changed in ways that required bigger government. The railroad, the telegraph, the automobile, and the modern corporation had pulled the American people into a tighter web, so economic pain could more easily spread.

Roosevelt had used his 1932 presidential campaign to dramatize his cause of remaking government for the new economic challenges. During the Democratic National Convention, he departed from the usual tradition in which a candidate was notified by telegraph of his nomination after the convention is finished. He instead telegraphed party leaders, after hearing of his nomination, with the request that they hold the convention in session while he flew from New York to Chicago—a very rare thing at the time—in order to accept the nomination in person. When Roosevelt finally appeared before the delegates, he told them, “Let it also be symbolic that . . . I broke traditions.” He was committed to bringing about a new political order.

When Roosevelt was elected in a landslide, he set about creating program after program that rewrote rules for American manufacturing, limited production on American farms, and changed the structures of the credit system. The New Deal was astounding in its scope, promising to rework basic structures of the American economy.

But well before the 1936 re-election campaign, Roosevelt was met with resistance. Many businessmen became concerned about the way that the New Deal was infringing on their power and profits. “It must have now become clear to every thinking man,” Irénée du Pont, of the DuPont Company, wrote to a friend, “that the so-called ‘New Deal,’ advocated by the Administration is nothing more or less than the Socialistic doctrine called by another name.” To battle this threat, du Pont enlisted his family and friends in a campaign to bring down first Roosevelt and then the entire New Deal. Their strategy was what they hoped would be a grassroots campaign, conducted through a new organization called the American Liberty League.

In a combative address, he charged his political opponents with appropriating “the livery of great national constitutional ideals” to obscure their selfish political goals.

Yet the businessmen realized that they could not just use the League to advocate for the protection of private property. That would turn off the common man in a time of deep economic depression. So as they cast about for an organizing principle, the League’s secretary, W.H. Stayton, suggested that they come up with what he called “a moral or an emotional purpose,” rather than merely the defense of property rights.

Stayton thought he knew one that would work. Not many issues, he wrote in a memo to the other leaders, “could command more support or evoke more enthusiasm among our people than the simple issue of the ‘Constitution.’” With all Roosevelt’s changes to the structure of government and the economy, Stayton suggested, he was threatening the Constitution. “The public ignorance concerning it is dense and inexcusable,” he wrote, “but nevertheless, there is a mighty—though vague—affection for it. The people, I believe, need merely to be lead and instructed, and this affection will become almost worship and can be converted into an irresistible movement.”

Stayton flatly acknowledged that his devotion to the Constitution was a ruse. He wanted to change it in various ways, starting with the elimination of the Sixteenth Amendment, which authorized an income tax that hurt the rich more than others. But for the purposes of the 1936 election, Stayton suggested, the League needed to act as though “the Constitution is perfect.” “We do not seek to change it,” he said, “or to add to it or to subtract from it; we seek to rescue it from those who misunderstand it, misuse it and mistreat it.”

Roosevelt immediately saw the problem that the League posed to his program. So he faced a choice. He could continue to advocate for a new political order, as he had in the 1932 election, but that would leave him open to the claims that he was subverting the Constitution and departing from the ideals of the Founders. Or he could do something else.

Roosevelt decided to make what we would today call “a pivot.” During the 1936 State of the Union in January, the president abandoned his call for a new political order and rhetorically remade himself into a conservative who defended the Constitution from usurpation by the rich.

The problem is that neither Roosevelt nor his business opponents really sought to restore the government to the way it was understood by the Founders. The Depression had created new challenges unknown in the late 18th century.

In a combative address, he charged his political opponents with appropriating “the livery of great national constitutional ideals” to obscure their selfish political goals. He claimed that the Founders were against entrenched privilege and so would have supported him in his policies. And from that point forward, in address after address, Roosevelt wrapped himself in founding ideals to defeat his opponents.

At no point was the change in message more obvious than during the 1936 Democratic National Convention, held in Philadelphia. The location gave Roosevelt the opportunity to claim the symbolic covering of the founding era. Unlike his address four years earlier, where he first promised a new political order, he now said that his purpose was primarily conservative. They had gathered at the University of Pennsylvania football stadium, he explained, “to reaffirm the faith of our fathers, to pledge ourselves to restore to the people a wider freedom, to give to 1936 as the founders gave to 1776—an American way of life.”

That pledge turned out to be extremely powerful, even though it was totally at odds with his earlier rhetorical strategies. As Roosevelt rode around the stadium after the address, with the crowd of 80,000 going wild, many observers concluded that the election was, for all intents and purposes, over. Roosevelt won the most sweeping victory since James Monroe’s unopposed election in 1820. He won every state but two. And he carried so many allies with him into Congress that the Democratic U.S. senators, all 75 of them, were unable to fit into their side of the Senate chamber.

The problem is that neither Roosevelt nor his business opponents really sought to restore the government to the way it was understood by the Founders. The Depression had created new challenges unknown in the late 18th century. It would be impossible to go back. But the 1936 election demonstrated the power of rhetoric invoking the Constitution as it was originally understood, or at least as politicians claimed it was to be originally understood.

From that point forward, both Democrats and Republicans have gestured to the founding moment to criticize their opponents and to justify their policies, especially when they are in trouble. The Founders and the Constitution have become a political football that each side needs to score points. And it is that rhetorical pattern that is, in many ways, the most significant legacy of the election of 1936.