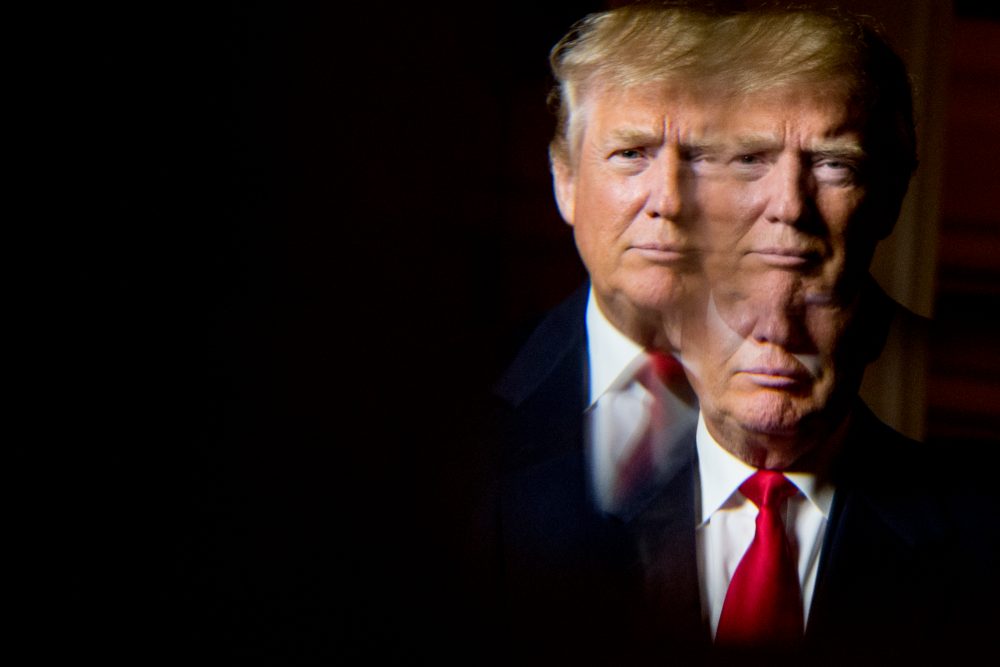 This past summer, I spent the week of the Republican National Convention in a workshop in Portland, Oregon, focused on racial justice and healing. It’s the sort of place where someone like me, whose job and disposition involves fretting over how to build a fairer, better functioning democracy, might find herself during a sunny July week.

By day, I witnessed a mixed race, mixed aged group of Americans share their most vulnerable and unguarded selves. By night, I guiltily wallowed in televised coverage of the most craven of American political traditions—the nominating convention. The morning after Donald Trump’s acceptance speech, I showed up at the training jangly and exhausted. I was worn down by the emotional effort of the week and by the angry and exclusionary rhetoric from the podium of one of our major political parties.

The trainer—a woman of Chicana and Puerto Rican descent who has led social justice workshops around the world—finally stood up and said: “Here’s the deal—and I am especially talking to you white people—you need to love Donald Trump.” I set my coffee cup down between my feet.

“What in the actual hell?” I whispered to my co-worker.

“No I’m serious,” she went on, “People don’t act like that for no reason. He’s yours to figure out, and I guarantee there is some particular suffering at the root of all that anger.”

I’ve been mulling that exhortation nearly every day since, trying to imagine what could possibly be the suffering at the heart of the hateful rhetoric spewed by Trump—and even more disturbingly—by his whipped-up followers. Most of the time, my imagination fails me.

That failure may be the problem. To the extent that presidential elections can tell us anything about the American character, this one seems to be revealing a stunning atrophying of the imagination.

The core assumption upon which a representative democracy is built is that while an elected official cannot share the precise experiences of all her constituents, she can imagine herself into their particular and varied life circumstances. The larger the number of constituents, the greater the need for a broad and rich imagination—and the greater the need for a cultivated sense of empathy.

The President—for example—needs to be able to imagine the lives of and empathize with both the injured logger hooked on opioids and his wife who can no longer tolerate the volatility of the home. The President needs to imagine himself or herself into the life of a young African American man who is terrified he will be shot by the police and the white patrol officer who fears for her life every day. The President needs to imagine the terror and desperation of parents who pack up their small children and flee violence in their home country and the Rust Belt textile worker who is afraid she will never work again. Because presidents—or for that matter mayors or city council members—can never be all those things, it is essential that they be able to empathetically consider the circumstances of millions of strangers living their own lives and enduring their own particular form of pain.

That’s a tall order, because empathetic imagining is both challenging and agonizing. After all, we citizens come to the public square already bearing our own scars and carrying our own suffering. And now we are asking our elected officials—and ourselves—to take on more hardship and need. In that struggle, I am reminded of “I Just Missed the Bus and I’ll Be Late for Work” by Chilean poet Ariel Dorfman:

That kind of searing bodily empathy begins in the imagination, and it is relentless work. And I fear we may be out of practice.

If this election cycle is any indicator, many of us don’t have any trouble projecting evil motives and nefarious plans on immigrants and Muslims and people in dozens of countries around the globe. So it seems our collective dark imagination is in fine working order. But this campaign has also revealed just how weak our brighter, empathetic imagination has become. The rhetoric of many—if not most—of the candidates has embraced black-and-white thinking and an us-versus-them ethos poisonous to a flexible, empathetic spirit. The name-calling, the otherizing, the appeals to the fight or flight levers of the reptile parts of our brains all impede us from being able to get outside ourselves and beyond our basest fears.

This is a global disease. The current brand of populism, both in the U.S and around the world, is rooted in individual grievance and is suspicious of collective action and the institutions designed to support it. Demagogues gain by warning us there are barbarians threatening our families and homes and ways of life. Atomization—even atomization leading to an angry but diffuse mob—is preferable to empathy and understanding if you are seeking to maintain power and wealth.

You can’t just blame the powerful or the greedy. The rest of us are also responsible for this ugly state of public imagination, and the vulnerability to demagoguery that comes with it. In the same way that our elected officials are called to imagine themselves into our lives, we are called to consider their lives as well.

Every time I take a Monday morning flight from my outpost in Oregon to the East Coast, I run into one of our members of Congress flying back to Washington. Yes, it’s their job, but try to imagine that reality. Seven Oregonians fly home nearly every weekend to try to maintain some semblance of a family life while connecting with constituents with sometimes grievous problems—before flying back across the country to try to represent those interests in a fractured and fractious institution.

And that’s the least of it. Imagine making life and death decisions for American service members every single day. In tough budget times, imagine trying to decide whether to cut services for the elderly or the disabled or the young. Or to use an extreme example from history: put yourself in President Truman’s position as he weighs whether to use the atomic bomb to end the war with Japan. As Joe Biden said about the administration’s decision to promote and support the economic bailout of the financial system: “[V]oting to support TARP in the Congress was like … putting rattlesnakes in people’s kitchens … I mean—because the very people they blamed for the problem were being bailed out.”

When we fail to consider the burdens and responsibilities and no-win decisions facing those we elect, we are unable to imagine the pressures, the sleeplessness, the terror and agony of making a mistake. Rather, we get swept up in our own grievances, unrealistically expecting perfection and polish and demanding entertainment in the form of witty sound bites. And then, the whole undertaking of representative government becomes a partisan game rather than a shared human activity for which we are all responsible.

This presidential campaign has brimmed over with ugliness and divisiveness that could take us years—maybe decades—to recover from. But the great thing about the imagination is it’s an internal state. Each of us can start there, within ourselves. Maybe we can cultivate a practice of standing in one another’s shoes, including the shoes of those who seek to represent us. Maybe we can imagine ourselves into the life of a neighbor from the opposite political party or a member of Congress or even a presidential candidate.

Truth be told, even after all these months of mulling, I can’t honestly say I love Donald Trump. I don’t know that I ever will. But I do try to imagine the burdens he seeks to take on, and those are heavy ones for anybody.