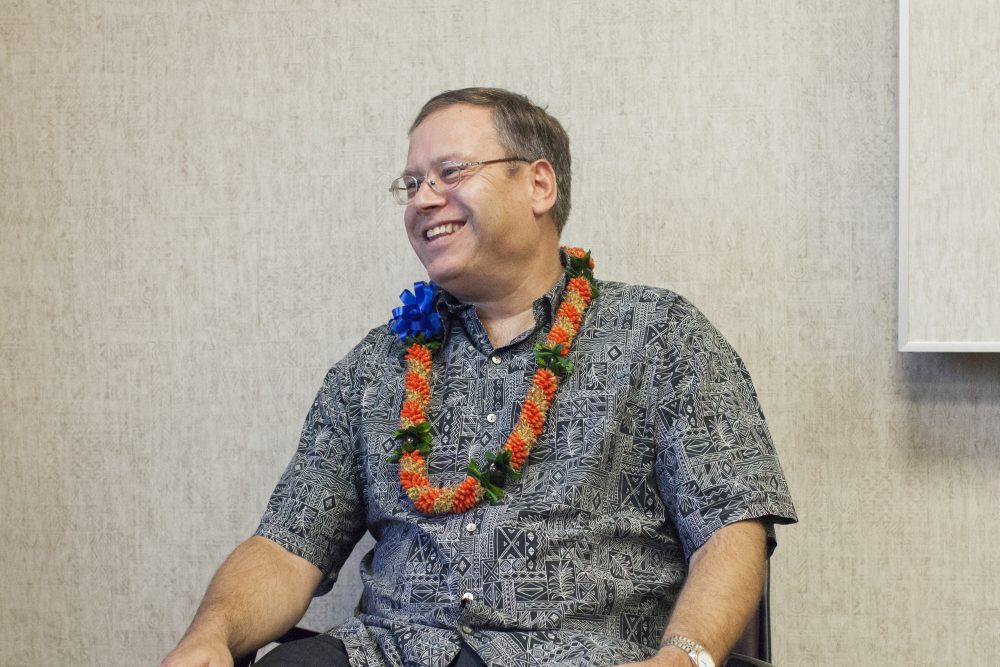 Kurt Tong was appointed U.S. Consul General to Hong Kong and Macau in June after serving as a diplomat for the State Department since 1990. His most recent previous assignment was Principal Deputy Assistant Secretary for the Bureau of Economic and Business Affairs at the Department of State. Before joining a Smithsonian/Zócalo “What It Means to Be American” panel entitled “What Role Will Hawaii Play in the Pacific Century?” he talked in the Zócalo green room about time travel, working at a racetrack, and why he feels guilty about watching Game of Thrones.

You’ve recently moved to Hong Kong for your new assignment as U.S. Consul General. What’s most surprised you about living there?

It’s more complicated than I expected. When I was headed there the thing I was concerned about is that it’s kind of a small place—Hong Kong could fit into the area of most U.S. counties. But it’s actually really diverse socially and economically. There are a lot of angles to it. I’ve found it fascinating.

Every morning I take a nice long walk. I’m fortunate to live in a neighborhood that is really green, up on a hillside.

Game of Thrones. I think we should feel guilty about watching it because people are killing each other and being evil. It’s well produced but it’s hardly a thought challenger.

You grew up in the mountains of Western Massachusetts. What do you miss most?

The seasons. Even when I’m living in a place that has seasons they’re not as nice as that part of New England. Autumn is just beautiful, and summer is perfect.

What super power would you most like to have?

Time travel. Definitely. No so much to go back and fix things, but just to see other ages, and then occasionally to go back and redo stuff you’ve done that day—or didn’t get to.

Two books, one for work: A Modern History of Hong Kong, by Steve Tsang. And then I’m reading the latest in the Dragon Tattoo series, The Girl In The Spider’s Web. It’s not even written by the same author, but it’s a good series. Very entertaining.

I know how to make stuff. I’ve done a lot of house construction work over the years, mostly involuntarily when I was a kid, but it left some residual skills that I don’t get to use these days.

I would say it was walking dogs at a racetrack. First you put the dog in a cage and let it get angry for a few hours, then you took it to the starting gate and walked it along the track so everyone could get a look at it, and then you stuck it back at the box. The bizarre thing is you had to walk in formation with the other dogs and dog walkers, and if your dog had to relieve itself you had to stand there with it in front of everybody. That was also the first time I was ever fingerprinted—I was 18—there were worries about organized crime. It was a different world.

If you could play any musical instrument, what would you choose?

Either piano or electric guitar. I play no musical instruments so that’s just a dream.