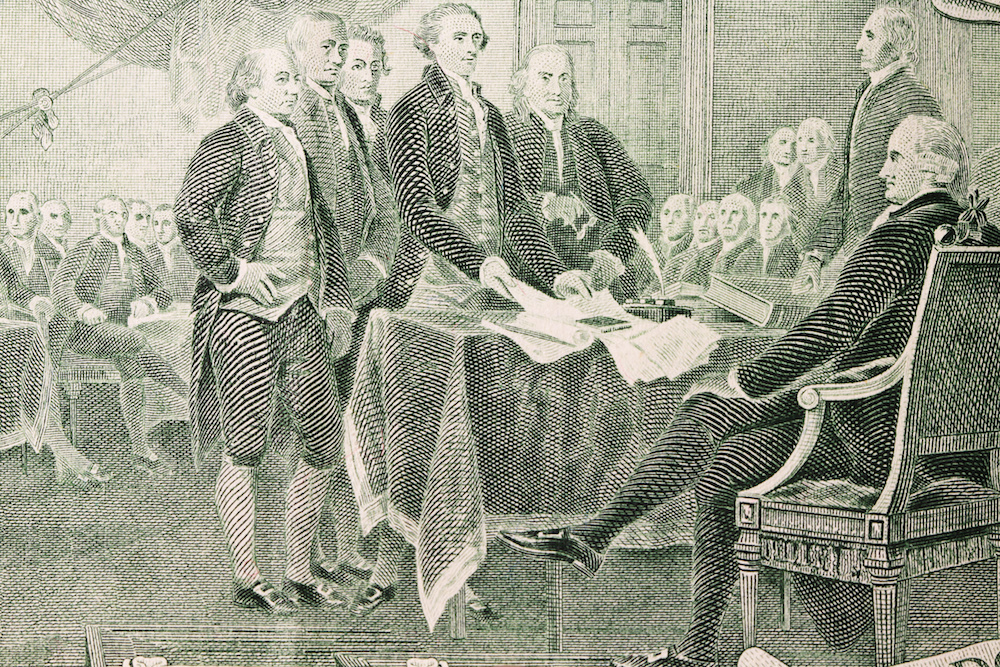 The open secret of democracy is that it works because it doesn’t quite work as advertised. Representative democracies do not simply impose the will of the people. They over-perform, producing better policies than the people actually want, because elites keep the masses in check (and vice versa). But the new wave of populism through Europe and North America threatens to upset the balance.

We are witnessing a rising tide of nationalist populism. The end of the Cold War was supposed to bring about a cosmopolitan, globalized, liberal world. But now larger and larger segments of voters in Western democracies want to close borders, cut trade, and kick out the brown and yellow people, especially the brown people who practice scary religions.

Whether you use “populist” as a compliment or an insult depends a great deal on what you think makes “populism” tick. If you think populist movements are about the disaffected and left-behind forcing their governments to help them, you’ll like populism. But if you think—as I do—that populist movements consist of misinformed people pushing for counterproductive policies, policies that will hurt them rather than help them—then you’ll sigh with relief when such movements fail, as they usually do in the end.

Politics are often thought of as apocalyptic battles of good and evil, of the good guys versus the bad guys. But economists prefer to think in terms of incentives. In particular, people behave (and misbehave) as they they do because they’re incentivized to do so by the way we distribute political power.

When we concentrate power in the hands of an elite few, such as kings, oligarchs, or a band of aristocrats, they have every incentive to use it for their own interests at the expense of others. When we spread power out widely, as in a democracy, no individual voter has significant power. This removes the incentive to vote selfishly, but it also removes the incentive to vote wisely. Individual voters aren’t rewarded for being knowledgeable or thinking carefully about their votes; they aren’t punished for being misinformed or indulging delusions. To illustrate, imagine you were in a 1,000-student class and the professor announced a final exam. But suppose she adds, “I’ll grade each of you, but instead of being awarded your own grade, I’ll average all the grades together, and you’ll each receive the class average.” The other students and you probably wouldn’t study much, or might not bother to focus on the more challenging material presented in lectures. The class average could easily wind up being an F.

Democratic politics faces the same problem. The American National Election Studies and other surveys of voter knowledge routinely find that most voters are uninformed. Voters know who the president is and not much else. They can’t estimate the unemployment rate within 5 percentage points. They don’t know how much money the government spends on different programs, or what the government did last year. After the Brexit vote, we discovered that “leave” voters who wished to flee the European Union greatly overestimated the number of immigrants in the U.K. and greatly underestimated how much foreign investment comes from the E.U. Voters not only lack the background in the social sciences needed to evaluate or make sense of the relevant facts. They lack knowledge of the relevant facts themselves. Non-voters tend to know even less.

It’s not that citizens are stupid; it’s that they just don’t care—and that’s a rational response to the incentives democracy creates. Since none of our individual votes matter except as part of the collective majority, it’s easy to conclude that we can afford to remain ignorant, or indulge irrational and false political beliefs. In fact, understanding how to vote well—whether politicians deserve to be kicked out and replaced—requires tremendous knowledge. One needs to know 1) who has been in power, 2) what they had the power to do, 3) what their options were, and 4) what the likely effects of different policies would have been.

It’s not that citizens are stupid; it’s that they just don’t care—and that’s a rational response to the incentives democracy creates.

It’s tempting to view populist movements as the people “taking back” their government, rebelling against corrupt and incompetent leaders. But this gives the movements more credit than they deserve. Populist waves tend to be made up of low information voters. Consider a stereotypical early Donald Trump supporter. He might look around his rural hometown and have a vague sense that white people in the fancy suburbs are richer, happier, have healthier children, and hold better jobs. He might know that 50 years ago his hometown held a small factory, which disappeared when he was a child. He might vaguely be aware that poor Chinese people have gotten richer, and wonder if somehow that happened at his expense. But being aware of these conditions does not magically transform him into a good voter. To know which policies would help his hometown, he’d need significant knowledge of economics, sociology, and related disciplines. If you have felt ill for the past month that does not magically enable you to self-diagnose that you have cancer, nor does it magically imbue you with the medical knowledge to treat your cancer.

Representative democracy tries to split the difference between elitism and populism. To win elections, politicians have incentives to cater to the policy preferences of the median voter. But politicians and bureaucrats also retain significant independence. They sometimes override or ignore what voters want.

They can use this independence for good or ill. Recently, political scientist Martin Gilens measured how responsive presidents have been to different groups of voters. Gilens found that when voters at the 90th, 50th, and 10th percentiles of income disagree about policy, presidents are about six times more responsive to the policy preferences of the rich than those of the poor.

As a committed “small-d democrat,” Gilens is upset by these findings. But he admits there’s a positive twist: Voters at the 90th percentile of income tend to be significantly better informed than voters at the 50th or 10th percentiles. Gilens found that poor Democrats approved more strongly of invading Iraq in 2003. They more strongly favor the Patriot Act, invasions of civil liberty, torture, economic protectionism, and restricting abortion rights and access to birth control. They are more opposed to gay rights. In contrast, high information Democrats—such as party elites—are more strongly in favor of free trade and the strong protection of civil rights, and are less interventionist.

I read Gilens’s work as showing us an uncomfortable truth: Democracy works because it doesn’t quite work. If politicians just did exactly what the median voter wanted, we would have worse policies — policies people support because they are ignorant or misinformed. Democracies work because politicians and bureaucrats can to some extent override most voters’ preferences. Often they make better choices aligned with what better-informed elites would like to see.

Political elites are far from perfect. They often cater to special interest groups in ways that undermine the common good. For instance, economists of all ideological persuasions despise agricultural subsidies. Yet the federal government grants subsidies and protective tariffs to the corn lobby—that’s why your Coke has corn syrup rather than sugar in it. Limited benefits are concentrated for a select few (companies like ADM) and steep costs diffused among the many (taxpayers and consumers). This kind of “rent seeking” is pervasive in representative democracy because politicians have every incentive to indulge it while voters have no incentive to learn about it, let alone fight it.

These problems—voter ignorance and misinformation, populism, rent seeking—are endemic to representative democracy. It’s not because bad people sabotage the system. Rather, the system incentivizes these behaviors. No one has yet come up with a workable solution.