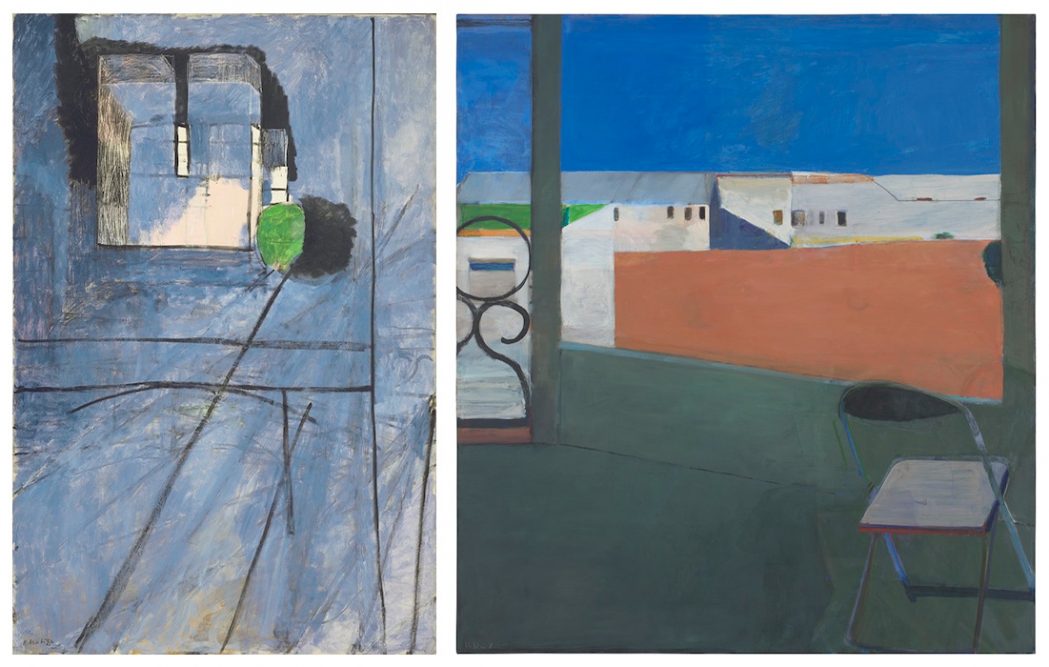 In 1966-67 I was an undergraduate at UCLA wanting to be in the fine art program. Since I had scored high in the sciences and had a mimetic drawing ability, I was placed into the medical illustration program—located in the same art building. Like the scene of the crossing train cars in Woody Allen’s Stardust Memories, I’d look across the halls to the painting and sculpture studios and fantasize creative spirits effervescing like champagne bubbles around those rooms. Meanwhile, back at my desk I’d be drawing pieces of disassembled body parts.

A friend of a friend took pity and asked Sam Francis—who had a number of painting, drawing, and printmaking studios around Santa Monica—if he would loan one to a young aspiring painter. I had been using part of a friend’s garage to work in—not well lit, nor heated or with running water. 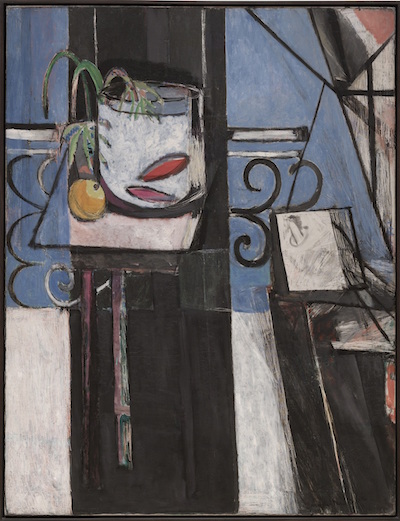 I was making large paintings: 4’ x 6’, 5’x 8’ that flirted with color fields punctuated by hard-edge lines and wedges. No doubt in response to some of the current exhibitions I’d seen in the L.A. art galleries. Although I’d not met Francis—one of L.A.’s most important artists—he was a generous soul and agreed to loan me a particular unused studio of his. It was a huge space, an old sailmaker loft, off Main Street on either Pier or Marine and when I picked up the key I didn’t know it was a space he shared with Dick Diebenkorn.

Diebenkorn taught at UCLA and was extremely popular as an instructor and the best-known artist on the faculty, if not in all of L.A. An undergraduate student—even in the fine art department—had real trouble getting into any of his classes.

I had no chance at all. I was not a fine art major but a psychology major, as UCLA had a good program in perceptual psychology. A temporary wall divided the studios, but the bathroom, work sink, storage, and small kitchen were shared space. I smoked at that time and so did Diebenkorn and one day we intersected in the kitchen and he asked: “Who are you? Why are you here?” After explaining how and why, he took some interest in the paintings I was working on and would come over for critiques—as if I were one of his students. Looking back from this Warholian age, it’s significant that his most damning criticism was “It’s wallpaper!”

Sometimes he invited me into his studio and we’d talk about current shows that were up, or this and that. And sometimes he just needed to think out loud and he’d talk about painting as a discipline; about having a work ethic and about not being complacent with either success or failure and how they were both valuable lessons if you paid attention. 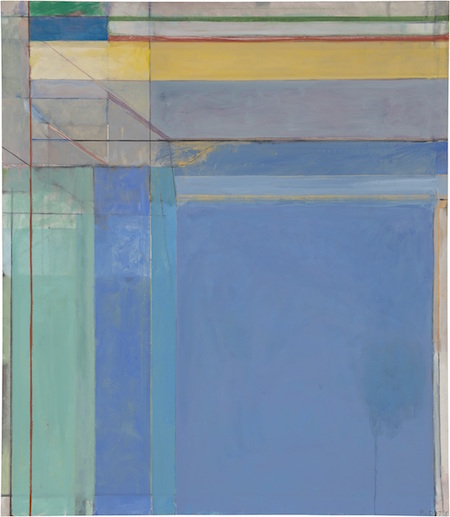 A favorite topic was Henri Matisse. He had a large poster of Matisse’s View of Notre Dame positioned on the wall near the huge windows looking out toward the beach and Pacific Ocean a few blocks away. When I recall his studio I remember thinking that he would see the poster and the atmospheric light of the ocean at the same time.

We also looked at Matisse reproductions of French Window at Collioure, Goldfish and Palette, and The Piano Lesson, and Diebenkorn spoke about the difficulty of making a gray painting—how hard it is to make something meaningful and able to connect when one of the fundamental elements of painting—color—is not present or is reduced.

I’m afraid given my youth and inexperience at the time I didn’t get all the substance of what he was sharing, but what impressed me even then were his intensity, focus, and seriousness. Painting meant everything. Work meant everything.

Around this time I was hired as a work/study student to help James Turrell and Robert Irwin gather information about perception for their part of the Art & Technology exhibition at LACMA. The L.A. “finish fetish” was becoming popular then, as was the vogue of having pristine, almost ethereal studios like those of Irwin and Turrell. In contrast, Diebenkorn, in his crowded, unkempt studio with his worked-over paintings, showed by example that precision and clarity and even purity are not about an unmarred surface or clean white floors, but about making the inevitable visible on canvas. 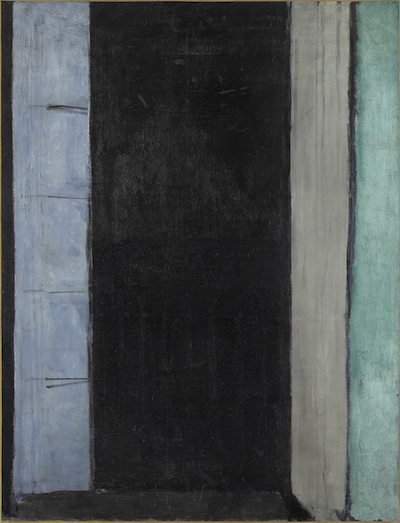 All of this was just before Diebenkorn’s celebrated Ocean Park series and his eventual move to the new studio he built there, a mile or so up the road from the loft in Santa Monica where we’d met. After a year as my impromptu advisor he managed to get me admitted to art classes at UCLA (I was still not a fine art major), so I could meet and work with other instructors and have the advantage of their critiques. With those experiences and his continued mentorship, a year later I was admitted on probation to the Master of Fine Arts program.

In May 1972 at my MFA exhibition I finally met Sam Francis. I was tending my painting show and he just walked in (I had borrowed a friend’s studio in Venice for the exhibition). I was understandably excited, holding my breath as he walked around, taking his time looking. When he walked over to me, he looked me in the eye and said, “Egyptian.” I said, “No, Jewish.” He said, “Not you, the paintings.”

This is all so long past. In fact, it was 52 years ago that I saw Matisse’s View of Notre Dame, 1914, on Diebenkorn’s studio wall. Reflecting for this short essay, I realized that 1966 was 52 years after Matisse did that painting, and that these were not at all the same 52 years. Diebenkorn’s work was in deep, serious dialogue with that of Matisse. It would be hard to find an artist today whose work was predicated on or responding to work done half a century ago. For better or worse, the art world now reflects new media, multi-faceted cultural influences and the speed of digital time and instantaneous communication. 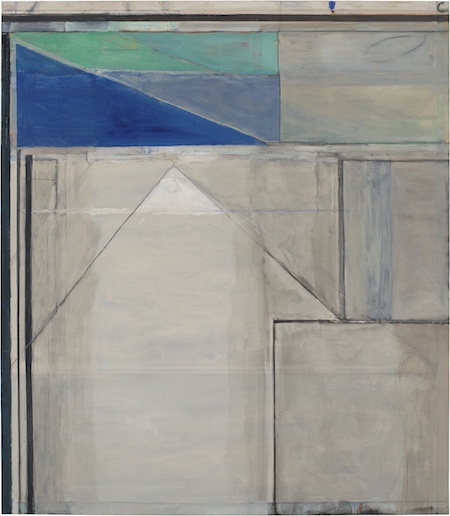 I’m not one to judge that. I left painting when I left L.A., first to teach at Humboldt State University, then San Francisco State University, and finally returning in 1976 to Los Angeles to teach at Cal Arts. My work then had become about making environments—installation art it was called—using all types of materials to create a particular sense of place in a gallery or museum exhibition. A few years later, I moved to New York City and I began a new phase of work in dialogue with landscape and architecture doing large-scale public and private projects. This work took me around the world, allowed me to work with many talented (some famous) architects, designers, and planners and have a post-studio art career.

But many times over those years when in transit from one site to another, or in endless design development meetings, I would recall the solitary, quiet, focused hours of studio painting and how Diebenkorn exemplified that effort. Painting meant everything. Work meant everything.