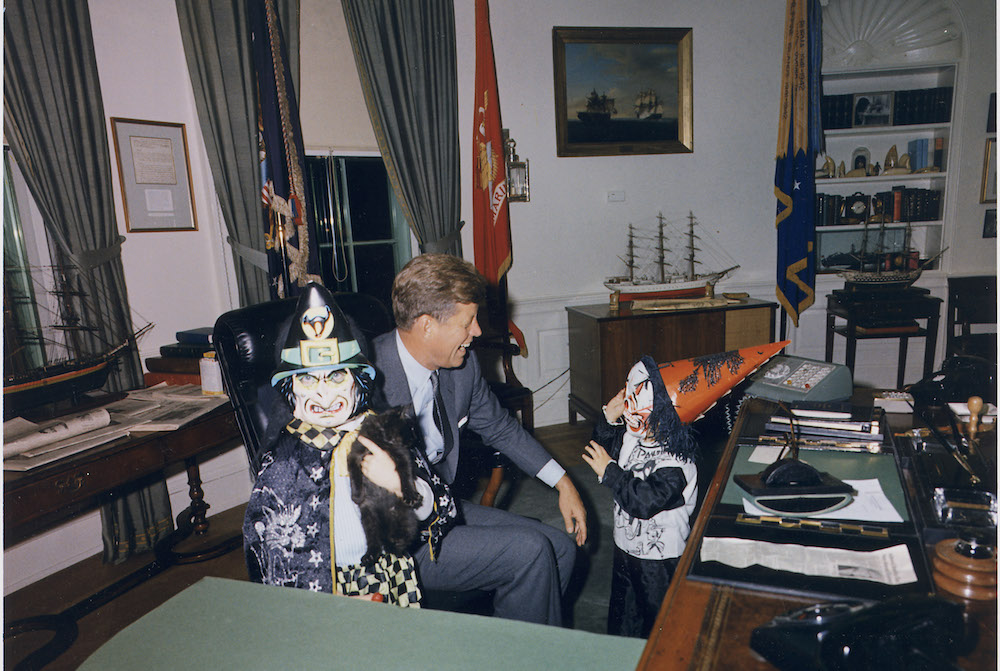 It’s been a dozen years since the publication of my friend and former colleague Seth Mnookin’s book Hard News: The Scandals at The New York Times and Their Meaning for American Media. But one quote from that book’s discussion of the Ochs-Sulzberger family that controls that newspaper has stayed with me:

“At some point you have to wonder if the bloodline thins,” James Goodale, a former Times senior executive, memorably told Mnookin.

As it goes with family newspaper dynasties, so too with family political dynasties. As I researched and wrote books about American Revolution leader Samuel Adams and President John F. Kennedy, I could see how each of them was shaped for the better by being from a political family—and how each political family ultimately declined from its presidential peak.

In addition to his role as a church deacon, Samuel the Elder served as a selectman and justice of the peace in Boston, and as an elected member of the legislature in what was then the British colony of Massachusetts. He also directed a land bank company that issued paper money for use by Massachusetts farmers.

The British Parliament outlawed the company in 1741, dealing a financial setback to the Adams family. To satisfy obligations supposedly created by the bank’s closure, the Boston sheriff attempted to seize the Adams family house, fueling the younger Samuel’s deep skepticism that decisions made in faraway London would ever adequately respect the rights of the colonists.

In the same way that … “every great cause begins as a movement, becomes a business, and eventually degenerates into a racket,” so, too, political families tend toward decline rather than toward continuous improvement.

Nearly 200 years later, another high-striving Massachusetts political clan rose to prominence. John F. Kennedy was the grandson of John Francis “Honey Fitz” Fitzgerald, a mayor of Boston and congressman. He was also the son of Joseph P. Kennedy, who had served as founding chairman of the Securities and Exchange Commission and as ambassador to Great Britain in the administration of President Franklin Roosevelt (who was himself a distant cousin of President Theodore Roosevelt). Kennedy’s brothers Robert and Edward eventually served as U.S. senators and ran for president themselves. The list of other Kennedys who have served in Congress and in state offices is extensive.

JFK’s politics, like Samuel Adams’s, were also fundamentally formed by his father’s encounter with the British government, though in a different way. In 1938, as ambassador during WWII, Joseph Kennedy took the desire for a peace all the way up to the line of appeasement, and probably somewhat across that line, when he supported the Munich pact with Hitler. At the time it was a stance he deemed necessary given Britain’s weak military position.

But John F. Kennedy later learned from his father’s error. JFK set out his own “peace through strength” approach, which translated into a military buildup during his presidency. In his Harvard senior honors thesis, which became a book titled Why England Slept, JFK wrote: “We must always keep our armaments equal to our commitments. Munich should teach us that; we must realize that any bluff will be called.”

In the cases of Samuel Adams and JFK, political family ties wound up working to America’s overall net advantage, at least initially. Without Samuel Adams’ leadership—he signed the Declaration of Independence, gave the order to start the Boston Tea Party, and gave the name to the Boston Massacre—we’d all still be subject to some hereditary monarch, or at least Americans would have been British colonists for much longer. JFK pushed back against Communist aggression, after taking a harder line than his father had initially against the Nazis.

But by the time the Adams clan got down to the John Quincy presidency, or by the time some members of the latter generations of Kennedys began their public service, the prime period had passed. Samuel Adams rose to greatness by opposing British taxes; President John Quincy Adams became infamous and unpopular by imposing the so-called Tariff of Abominations. That tax on imported goods raised prices for consumers to pay for government spending and to protect American manufacturers from foreign competition. John Quincy Adams lost his bid for re-election in 1828, when he was resoundingly defeated by Andrew Jackson, who opposed the tariff.

For every happy second-generation family businessman or third-generation doctor or lawyer, … there’s a miserable one—a child who went to law school or medical school merely, or mostly, because dad or mom did.

At least John Quincy Adams made it to the White House; that can’t be said for Sen. Edward Kennedy, for Rep. Joseph P. Kennedy II, or for Rep. Patrick Joseph Kennedy. Though Edward Kennedy certainly had his legislative achievements, the other Kennedys degenerated to mediocrity, or worse. Patrick Joseph Kennedy, who represented Rhode Island, is known mainly for a long and well-publicized personal struggle with alcohol and drug addiction and abuse. Joseph P. Kennedy II, who represented Massachusetts in Congress, was known mainly for a close association with Venezuelan dictator Hugo Chavez.

In the same way that a television series that goes on for too many years is likely to “jump the shark,” or that “every great cause begins as a movement, becomes a business, and eventually degenerates into a racket,” so, too, political families tend toward decline rather than toward continuous improvement.

It’s a bit like a family business, or following one’s parent into a profession. Which brings us back to the Ochs-Sulzberger family and the New York Times. One starts with an advantage of seeing up-close, at a very young age, how things are done. One gets the vicarious benefit of experience, learning from a parent’s successes and failures and capitalizing on their connections.

For every happy second-generation family businessman or third-generation doctor or lawyer, though, there’s a miserable one—a child who went to law school or medical school merely, or mostly, because dad or mom did.

In democracy as in capitalism, the real power resides, in the end, with the customers. We can choose whether to patronize a family business or to buy from an upstart instead. We can choose to vote for someone with a famous last name or to elect someone new instead. The choices of many unknown voters or customers wind up being more consequential than the choice of some famous politician’s son or spouse to run or to retire, more decisive than the choice of some heir to stay in the business or to sell.

That, after all, was one of the radical ideas that Samuel Adams and his fellow revolutionaries were fighting for—that governments derive their just powers, not from a monarch’s parentage, but, in the words of the Declaration of Independence, “from the consent of the governed.”