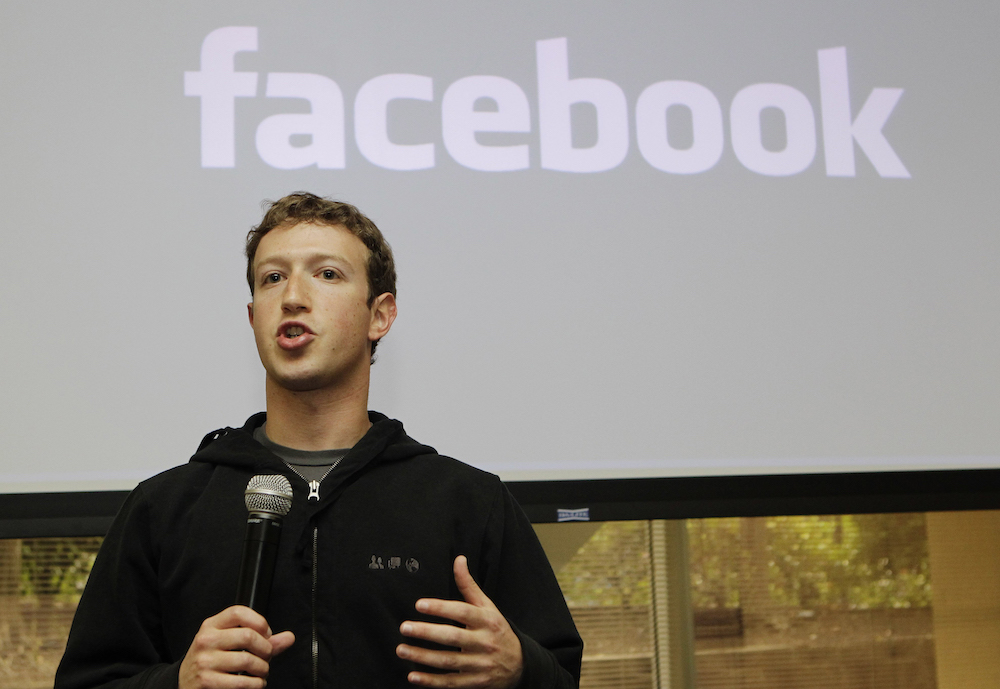 Facebook may not be quite ready to stand up and say the words, “My name is Facebook and I’m a media company.” But it has begun to accept that its feed embodies editorial choices and that these choices shape information flows. In the wake of the controversy over fake news, Facebook has implemented new efforts to penalize the purveyors of news hoaxes. It’s also going to enable users to flag lies in the way that they can flag hate speech or pornography. Google is also making attempts to promote fact-checking through labeling. Sony has applied for a patent for a verification ratings system for news. Undoubtedly, there will be other attempts to push back against what President Obama called a “dust cloud of nonsense” kicked up by massively shared lies.

However effective these interventions may be, they won’t arrest our slide into a post-truth discourse. And the more effective the measures, the more likely they will be to provoke the future President Trump, and a compliant Congress, to accuse Facebook of bias and make it pay. Instead of merely pursuing technical solutions, then, we need to be thinking about much more fundamental investments to improve information flows.

Fake news is as old as reporting. William Randolph Hearst used false stories to goad a reluctant President McKinley into war with the Spanish over Cuba. In a flattened world, anyone can now top Hearst for reach and velocity. A false tweet can become a campaign narrative if it confirms bias. There’s really no way to stop this, but let’s look at the dynamics that encourage fake news and other varieties of popular falsehoods. One, of course, is the echo chamber or filter bubble. People nest within like-minded social networks and then get social credit by amplifying their congruity. Bold statements (even if not true) effectively perform identity and score shares within the sealed chamber.

A second dynamic, one that gets far less attention, is the loss of authority of traditional journalistic institutions. While large national newspapers and digital native sites do good work, local newspapers have been hollowed out. Trickle-up journalism—which brings the local to the attention of national journalists—is not working. Local newspapers were decimated in the Obama years, hit by plummeting advertising, user migration to other platforms, and the rise of new intermediaries. Around 2010, think tanks, foundations, and federal agencies like the Federal Communications Commission and Federal Trade Commission looked at the devastation, and most concluded that without massive investment in investigative reporting, especially at the state and local levels, democracy would suffer.

Without trickle-up journalism, the national media can easily slip into an elite obliviousness—as when they seemed to largely miss what was happening “out there” in the country during the 2016 campaign. National news organizations have long relied on their local affiliates and other local news organs to surface how it’s playing in Des Moines, Iowa. Journalist Alec MacGillis observed that “the media are all in Washington, D.C., and New York now thanks to the decline of local and metro papers. And the gaps between how those cities and the rest of the country are doing have gotten so much larger in recent years.”

Without trickle-up journalism, the national media can easily slip into an elite obliviousness—as when they seemed to largely miss what was happening “out there” in the country during the 2016 campaign.

When a community loses a strong local news presence, it misses out on more than just information. Especially in smaller communities, the local newspaper and sometimes local radio station supported a common civic life. More than anything else, perhaps, this 2016 election was about the hopelessness of neglected small towns, the failure of mediating institutions (including political parties and unions), and stifled local voices in an increasingly cosmopolitan world. Facebook and other digital platforms are not designed to promote civic connection, but rather communities of interest often unmoored from particular geographies. Nathan Heller writes in the New Yorker that as our informational space becomes “a personal bespoke, we [have] lost touch with the common ground, and the common language, that made meaningful public work possible.”

That common ground requires investment, even subsidy. For a long time, American information regulators—principally the FCC—supported local media through a policy called localism. When they licensed broadcasting stations in the 1930s (for radio) and 1950s (TV), the most efficient approach would have been to have hugely powerful transmitters that covered wide areas. But instead, they licensed less powerful stations to every community. That’s why today we have about 1,700 local TV stations and more than 15,000 radio stations. The idea was to encode Jeffersonian ideals of local control in the broadcast allocations. Other FCC localism policies imposed ownership controls and incentivized local content all with a view to root stations in their communities. Broadcast localism drew a straight line between local journalism, local voices, and self-government. Many of those policies fell by the wayside with deregulation, but the basic frequency allocation has remained, and localism persists in broadcasting as a way to foster local connection without dictating local content.

In the online world, where local media is flagging, there is no structural subsidy for local news or local voices. And there is no official regulator to give localism a leg up. But there is a de facto regulator. Whether or not Facebook can admit that it’s a media company, there is no doubt that it regulates information. Its algorithms and business practices determine who gets to claim scarce attention, who is bumped from the platform, and how information is packaged to get preferred placement. As an information regulator, free to write its own rules, Facebook should consider a localism policy for itself. Without bias and with minimal editorial effort, it could promote local news in its feeds in order to drive more traffic to struggling local outlets. (Presumably, only ones that survived the platform’s new truth filter.) It could also help local journalism to get more shares. Google has taken baby steps in this direction by tagging “local news sources” in search results. Elsewhere around the world, Facebook operates Free Basics as a mobile content suite. While critics claim that the suite traps users in a walled garden of Facebook’s choosing, the company boasts that it is curated especially to provide civic value. Curation is not necessary in the U.S., but there’s no reason the platform couldn’t promote civic value through the content it privileges.

More daringly, Facebook could just come out and subsidize local news outlets of various kinds. This could take the form of a larger advertising cut for the content providers or a fund, either as a philanthropic effort or a long-term investment in the information ecosystem that Facebook thinks its users want. (Mark Zuckerberg: “We know people want accurate information.”) Facebook has started to pay news partners to create video for Facebook Live. None of the top contracts are with a local outlet, for the obvious reason that the audience would be limited. Similarly, in the big distributed content deals like Facebook’s Instant Articles or Snapchat’s Discover, the featured players are all national. This is the kind of market failure that localism is designed to correct.

Beyond Facebook, foundations, commercial entities concerned about the loss of an information commons, and universities can all be part of an investment in local news and local media as a shared civic space. One of the benefits of localism as a strategy to improve information is that it combines conservative and progressive impulses. It is progressive—really liberal—in its commitment to truth and government accountability (not to mention locavore fashions). It is conservative, as that ideology has mutated in the most recent election, in its anti-global, even anti-national tendencies. And it is conservative in the older sense of the Catholic Subsidiary Principle: deference to the authority closest to the people.

Research shows that civic participation drops and corruption increases when local news dries up. One of the most powerful pieces of local accountability journalism in the past few years was the New Jersey Record’s relentless pursuit of the Bridgegate story. This year, that paper was bought by Gannett and lost a good chunk of its reporting staff in cost-saving layoffs. Facebook should invest in making sure it and other papers are able to find the next Bridgegate and then promote the stories when they do.