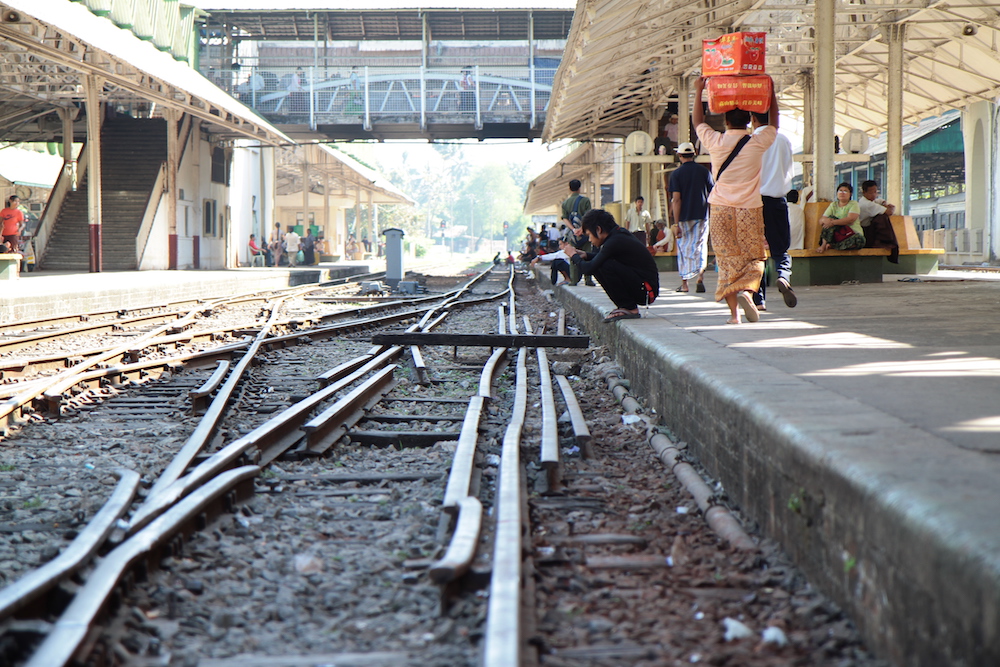 America’s infrastructure is headed down a bumpy road, and unless the country takes drastic action to fix its ailing transport, water, and other infrastructure systems, it might well wind up with the types of struggles I’ve witnessed recently in Myanmar.

I am here in Myanmar teaching an international business class. After the gloom and doom of the rancorous U.S. election, spending winter break in a beautiful place where everyone is looking towards a brighter future is refreshing. At UCLA Anderson, we offer these classes to our MBA students as a way of showing them contrasts to the U.S. business climate.

And what a contrast Myanmar is.

The distance between the two largest cities in Myanmar, Yangon and Mandalay, is about the same as that between Los Angeles and San Francisco. The road to Mandalay is relatively good. But Yangon, the major port for the country, is another story.

Singapore’s Straits Times accurately observes that Myanmar’s “main port has changed little since the end of British colonial rule nearly 70 years ago—emblematic of ramshackle infrastructure.” The key here is not that Yangon’s port facility uses old technology; it does, but the port operators are changing that rapidly. The operative word is “ramshackle.” The port does not function because the natural degradation of equipment and structures from usage over time has not been countered with maintenance and repair. That’s because repair costs money and government funds were directed to immediate rather than future needs.

And the Yangon port is more the rule than the exception. Aside from the aforementioned road to Mandalay, surface transport is quite poor. A drive from Yangon to Thilawa, site of the new deep water port under construction, reveals roads far worse than pothole-marked Sunset Boulevard in Los Angeles. By rail, it takes three days at best to deliver goods from Yangon to Myitkynia, the capital of the 1.7 million-population Kachin State in the north. That adds up to about 300 miles a day. By contrast, shipping by rail from the Port of Long Beach to Chicago, more than twice the distance, takes not much longer and is more reliable.

If fiscal austerity puts repair, maintenance, and upgrades on the back burner, the ability of infrastructure to support economic growth diminishes.

In addition to the problem with transportation, power generation is another challenge. Everywhere in Yangon are small generators used to back up an unreliable electrical system. As one investor I spoke with put it, “even a low-tech textile factory needs power.” While that seems like a truism, it’s also a reminder that expectations of growth must confront physical limitations that might take a long time to ease.

This is a country that has now awakened from a 50-year economic slumber. Myanmar’s economy was asleep on purpose. Back in 1962, after a turbulent 14 years of independence, the military stepped in. The dominant ethos under General Ne Win was isolation. He and his generals wanted to avoid Western “exploitation” and to create economic development through centralized direction and protectionism.

But, in 2011, the military voluntarily turned the government over to an elected civilian government. The election was controversial as the military-friendly USDP won, but it was a step forward. The giant step came in 2015 with the opposition NLD party led by Nobel Peace laureate Aung San Suu Kyi prevailing in elections. The peaceful transition to an opposition government is, of course, a key element of a true democracy and it has arrived in Myanmar.

The optimism in this country is palpable. The re-pats—Burmese who fled the country for Singapore, Thailand, the U.K., and the U.S. but have recently moved back home—say things like: “I never expected to return to my home country, but there are so many opportunities to build something good and to prosper while doing it.”

And for the world, this resource rich country is now arguably the best new thing since China opened up in the mid-90s. Myanmar is blessed with natural resources, fertile land, and a central location between the fast-growing economies of India and China. Everything seems possible here—but with a caveat you often hear: “possible is only for those who are patient.” This advice is understandable: Corruption and bureaucracy, hallmarks of the previous regime, fade slowly. But, that is not the only reason why patience is counseled in Myanmar.

The real issue in Myanmar is infrastructure. Understanding that issue here offers a strong lesson—and warning even—for the U.S.

Why does Myanmar matter to our country and its relatively good roads, air and seaports, and railways?

President-elect Trump has promised a $1 trillion infrastructure plan, but it is in trouble even before Inauguration Day.

For example, a city street has about a 30-year life before it needs to be replaced. If it is periodically capped with asphalt slurry, that life can be extended. But if it deteriorates beyond a certain point, capping it is no longer possible. About one-third of the city roads in Los Angeles are in this condition right now. It is still possible to navigate these roads without too much disruption, but for how long?

The bottom line is that, if it is difficult to get goods and services to market and people to jobs, rapid growth doesn’t occur. So the notion of sustained 3 percent growth—much less the 4 to 5 percent growth promised in the U.S. Presidential election—looks more challenging when you consider our infrastructure constraints.

President-elect Trump has promised a $1 trillion infrastructure plan, but it is in trouble even before Inauguration Day. The public-private partnership that was supposed to fund a significant portion of the plan is fatally flawed. Even with big tax breaks, the private sector won’t be interested in building infrastructure that doesn’t produce sufficient revenue streams. And the types of infrastructure we most need do not generate such streams. Bridges in Missouri, potholes in San Francisco and levees in Louisiana generate economic growth but not direct revenue for the developer.

Thus the Federal Government would have to fund the bulk of the $1 trillion spending. The appointment of a fiscal hawk, the South Carolina Congressman Mike Mulvaney, as Director of Management and Budget, coupled with Mr. Trump’s promise to end deficits, might be the final nail in the massive-infrastructure-plan coffin.

This brings me back to the road to Mandalay. The U.S. has been letting its infrastructure depreciate for some time. The less we do now, the more likely we’ll learn once again the lessons of Myanmar: that everything is possible, but a lot of patience and optimism are needed for the infrastructure to catch up to the possible.