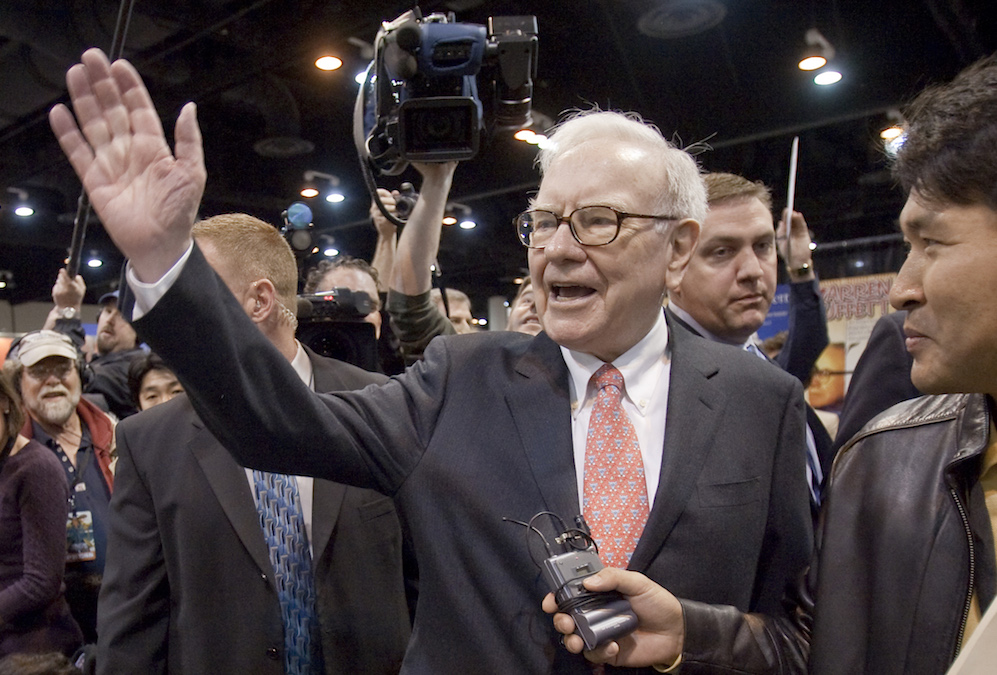 President-elect Trump’s criticism of our trading relationship with China and our trade deficit with that nation has produced predictable reactions. Economists warn against “protectionism” and the dangers of trade wars. Alarmed diplomats remind us of the American interest in maintaining good relations with China to deal with such matters as North Korea’s threatening behavior.

These reactions are predictable because we have heard them all before. Back in the 1980s, the trade villain de jour was Japan. (China was just emerging into world markets.) Proposals to address trade deficits with Japan provoked the same reactions from professional economists and foreign policy experts that we hear today.

But there was one exception in the 1980s. On May 3, 1987, famed financier Warren Buffett published an essay in The Washington Post entitled “How to Solve Our Trade Mess Without Ruining Our Economy.” His solution was thoughtful and new.

He proposed a market-based system similar to the “cap-and-trade” arrangements currently in use to limit greenhouse gas and other pollutants. Very simply, Buffett suggested that for each dollar of exports from the U.S., the exporter would receive a government voucher entitling the bearer to import a dollar’s worth of goods or services.

The vouchers could be used directly by the exporter or sold to some third party (an importer). That is, there would be an open market for vouchers. But, since no one could import without the requisite vouchers, the value of imports would be limited to the value of exports. U.S. trade with the entire world would be balanced.

The idea seemed to find a middle ground in the arguments over trade deficits. It was neither protectionist (it included no tariffs or quotas) nor did it involve Japan-bashing (the analog of today’s China-bashing). But Buffett’s piece, after causing a brief flurry of interest among the D.C. chattering class, was quickly forgotten.

Why? Perhaps it was because Buffett was not an academic economist, so his view could be dismissed as an amateur’s musings. Perhaps it was because there wasn’t enough of a consensus that a trade deficit is a problem. Perhaps it was because even among those inclined to be more worried about deficits, Buffett’s proposal was seen as a solution to a problem that would soon go away without further action. At the time, the dollar’s value in international currency markets happened to be falling. It was easy to argue that a declining dollar would correct the trade imbalance by making American goods more affordable in world markets.

The Buffett voucher plan is equivalent to resetting the dollar exchange rate to a level that would bring about balanced trade.

But the problem didn’t go away. Moreover, within a few years, China joined Japan in running large trade surpluses with the U.S. Now, when Trump’s complaints are discussed, we again hear that the problem with China is yesterday’s issue, and that the problem will soon disappear, as wages in China go up, along with the value of its currency. But it didn’t in the 1980s and it won’t now. Which is why we should revive Buffett’s idea.

The problem of America’s trade imbalance isn’t specific to one or two countries—our nation runs a massive “$500 billion net export deficit” with the rest of the world.

There are two ways such a significant trade imbalance hurts us. The first—but lesser—element is the displacement of American manufacturing jobs. That issue is clearly the one with the most political salience. Manufacturing would definitely benefit from a correction of the U.S. trade imbalance, but trade isn’t entirely to blame for the fact that only about one in ten U.S. jobs are in that sector nowadays (down from three out of ten after World War II); technology has played a major role in that downsizing as well.

The second, more significant if less politically salient problem with all those deficits is that it forces the country to sell off its assets and/or run up its debt—which is just what the U.S. has been doing for decades. In one way or another, this generation’s imbalanced consumption will be paid for by future generations. There is a fundamental unfairness in that intergenerational transfer which correcting the trade balance would alleviate.

The Buffett proposal addresses both these economic ailments. The Buffett system also doesn’t require negotiating “great” trade deals. And there is no need to bash any country in pursuit of such deals; the impersonal voucher market brings about the zero-trade balance, not some hardline negotiation. And if any one country tries to grab a bigger share of the U.S. market for imports through tactics such as currency manipulation, it can only do so by reducing the market shares of other countries. So the pressure is on those other countries, not the U.S., to enforce rules of fair trading. If you’re an American diplomat worried about the international political effects of China-bashing, the Buffett plan is ideal for you.

But what if you’re a professional economist worried about “protectionism”? Your first reaction to the Buffett plan is likely to be that, given the current trade imbalance, the vouchers amount to a subsidy to exports and a tax on imports. You want to holler protectionism! But instead take a deep breath and think it through.

The Buffett voucher plan is equivalent to resetting the dollar exchange rate to a level that would bring about balanced trade. It is equivalent to a sufficient devaluation of the dollar to accomplish that end. Note that under current arrangements, the dollar regularly goes up and down in currency markets although it has never been low enough to create a zero trade balance (exports = imports). Is every drop in the dollar’s value a move into protection? Is every dollar appreciation a move toward free trade? Such up-and-down labeling makes no sense. Indeed, one nice feature of the Buffett plan is that you could in principle lower or eliminate remaining U.S. tariffs and other trade barriers and still end up—due to the voucher system—with balanced trade.

In short, it’s time to dust off the Buffett plan of three decades ago before the U.S. embarks on a road to frictions with China and other trade partners. Sometimes, when it comes to people and ideas, there is wisdom in the old.