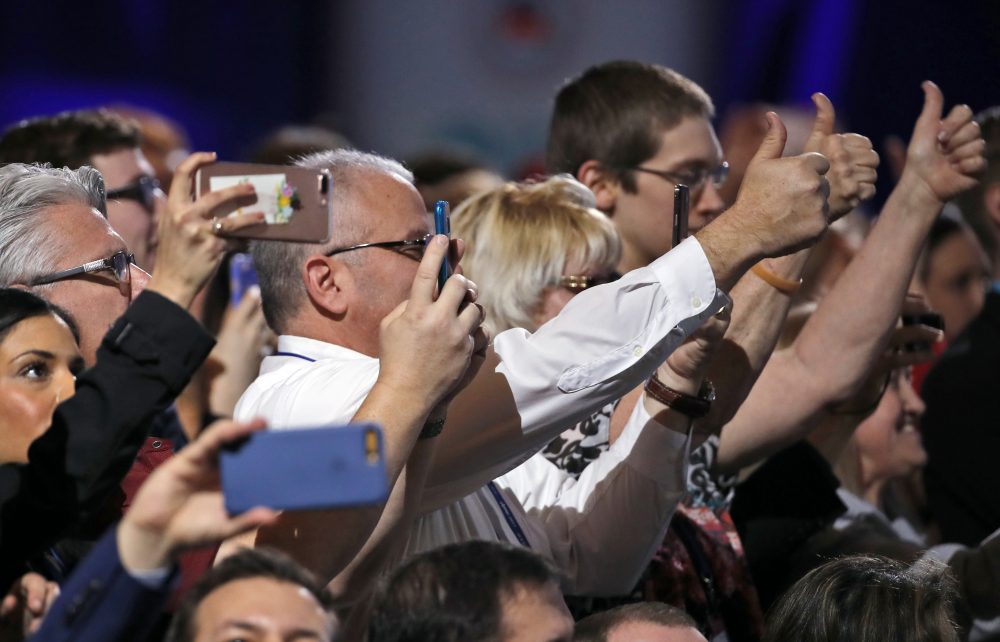 “Nothing is more surprising,” wrote David Hume in his 1758 First Principles of Government, than “the easiness with which the many are governed by the few.”

What explains this surprising easiness? Trust is at the heart of the answer. Hume believed that since the people always outnumber their leaders (and thus retain the power of “force”), the legitimacy of all government rests merely “on opinion.” Governments exist solely because “the many” trust the government to serve their needs. Once government loses the trust of “the many,” then they will refuse to be governed by the few.

From my perspective as an American scholar of communication and rhetoric, Hume frames many questions, including: What tools of rhetoric and communication inspire the trust needed to support legitimate governments? And, in eras such as ours when trust in government declines, what rhetorical appeals must government leaders make to keep power? And conversely, as trust in government declines in the U.S., what role does rhetoric play in diminishing that trust?

What explains our distrust in our government and our leaders? According to Harvard political scientist Robert Putnam, Americans have grown more distrustful of one another and our government because we have less “bridging social capital” and more “bonding social capital” than previous generations of Americans. That is, we spend more time with people like us and we spend less time interacting with others, including government organizations and schools: We are failing to join the PTA or the bowling league and instead are cocooned in our media bubbles. Our lack of participation negatively influences our trust in one another and in the decisions made by the government because, in this case, unfamiliarity breeds contempt.

Today, not only is our trust in government and established leadership waning, but lately it is under attack by a surprising figure: the President of the United States.

Donald Trump became a political aspirant on the strength of a conspiracy theory—the “birther” argument over President Obama’s birth certificate. According to one count he subsequently advanced more than 50 different conspiracies during his presidential campaign. Now, as president, Trump foments distrust by proclaiming corruption and conspiracy in many aspects of American life.

What makes such conspiracy theories appealing—and what are the consequences of such appeals for government legitimacy? As Richard Hofstadter famously noted, conspiracy rhetoric is premised on the “paranoid style.” Conspiracy argument, he observed, is rife with “heated exaggeration, suspiciousness, and conspiratorial fantasy” that creates a coherent narrative of a dangerous plot. Conspiracy theories in American history often have been premised on the blurring of difference between appearance and reality: what is apparent is false and hides the actual plotting that is determined to and capable of destroying America.

Conspiracy rhetoric is also premised on a self-confirming or circular reasoning (Latin: circulus in probando or “circle in proving”). Once the narrative of conspiracy and corruption takes hold within a political community, it is difficult to dispel because conspirators cannot be trusted to tell the truth about their plot. Conspiracy argument is “self-sealing” in that any holes in the story are quickly covered up by the logic of the conspiracy. For example: Why didn’t media reports show that there is a massive increase in crime, as Trump claimed? Not because crime didn’t increase, but because the media are part of the plot to deny that crime has increased.

Communication scholar Jack Bratich explains via Michel Foucault, that conspiracy theories participate in any society’s “regime of truth,” or the politics surrounding the techniques and standards that a society uses to determine “true” from “false.” Obviously, there is much power at stake in labeling one version of “truth” a “conspiracy” and another “fact.”

It’s easier for society to control what counts as “true” when there is a unified “truth” presented to the public via mass media. But the fracturing of media and the dominance of polarized news have created concurrent truth realities that enable conspiracy theories to flourish.

Trump’s conspiracy arguments have exploited pre-existing distrust, frustration, and polarized versions of “truth.” What are the potential consequences? Conspiracy rhetoric is dangerous because it creates a cohesive reality for those who adhere to its narrative, and naturally lends itself to violence.

The Civil War, for example, can be seen as the culmination of two opposing conspiracy arguments. Abolitionists believed that there was a “slave power” conspiracy determined to deprive the North of political power. Slaveholders believed that Abraham Lincoln was part of a plot to abolish slavery, deprive them of their justly owned property, and destroy the South. Despite Lincoln’s assurances in his First Inaugural Address, Southerners had been convinced of the conspiracy of “miserable fanatics” against their rights and believed themselves justified in seceding from the Union.