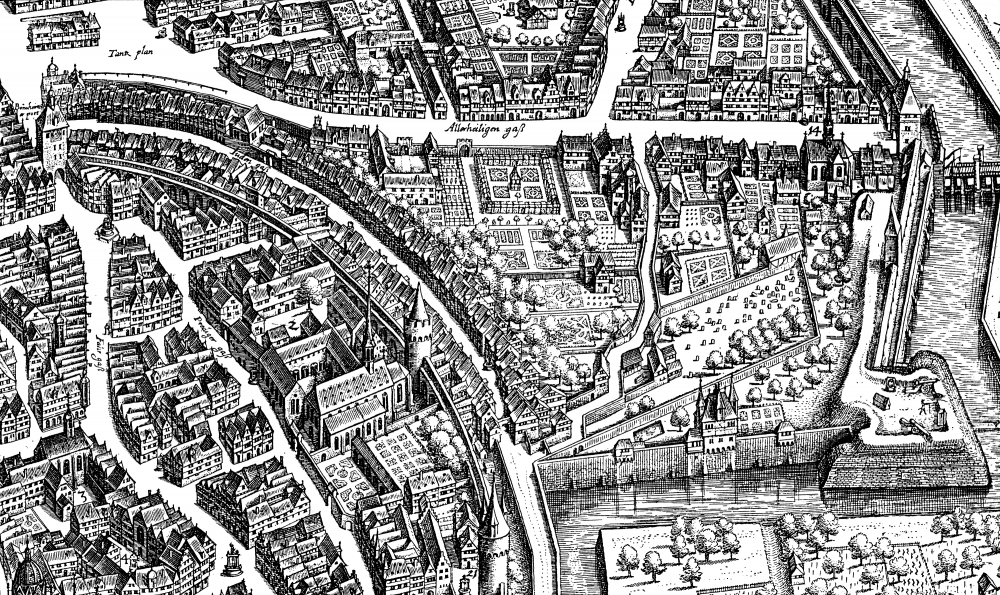 A 1628 engraving by Matthäus Merian maps Frankfurt’s Judengasse, or “Jews' Alley,” one of the earliest ghettos in Germany. Image courtesy of Wikimedia Commons.

In 2017, we often hear the word “ghetto” come up in music lyrics and casual conversation, out of the mouths of politicians and activists. We know what it means; it needs no explanation. Yet beyond its negative connotations lie 500 years of rich—and relevant—history. Princeton University sociologist Mitchell Duneier, winner of the seventh annual Zócalo Book Prize for Ghetto: The Invention of a Place, the History of an Idea, visits Zócalo to examine why the ghetto endures and what it means to us today. Below is the preface from his book. 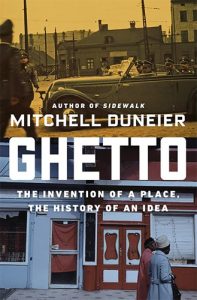 Today, many people understandably dislike the word “ghetto” for its associations with stigmatizing and harmful stereotypes—especially of African Americans. In Ghettonation: A Journey into the Land of the Bling and the Home of the Shameless, Cora Daniels writes that “ghetto” today refers to “gold teeth, … Pepsi-filled baby bottles, and baby mamas.” One New York City councilwoman went so far as to try to ban its “negative usage” in New York City’s official government documents. Even a figure as prominent as Mario Luis Small, the first black dean of the Division of Social Sciences at the University of Chicago—the very university where the ghetto was established as a social scientific idea almost a century ago—has written a nuanced essay explaining his reasons for abandoning the idea.

In this book, I hope to show that the ghetto remains a useful concept—provided we recall its rich historical background and stop divorcing it from its past. The word derives from the name of a Venetian island that once housed a copper foundry, or geto. Five hundred years ago, in 1516, the Venetian authorities required the city’s Jews to live on that island, in an area enclosed by walls. Venice was thus the first place to have a ghetto with today’s connotation of restriction in space. In 1555, Pope Paul IV forced Rome’s Jews into a similarly enclosed quarter, which, a few years later, came to be called by the Venetian name “ghetto.” The term then gradually spread to other European cities where Jews were similarly segregated from the larger population. In all these places, they simultaneously suffered and flourished.

Although the ghettos were demolished in the 19th century, in tandem with a gradually swelling wave of Jewish emancipation, the term “ghetto” was increasingly used from the late 19th century on, first to refer to dense Jewish quarters in Europe and America and then occasionally in reference to black urban neighborhoods. The word was given even greater prominence when it was reappropriated by the Nazis as they confined the Jews of Eastern Europe behind barbed wire in the late 1930s. A few years later, the idea of the ghetto took on new significance in the United States. During World War II, as black Americans served in the military (usually in arduous roles of logistical support) and witnessed the liberation of the Jews, blacks at home saw parallels between the ghettos established by the Nazis and their own segregated neighborhoods, between the Caucasian purity that whites were seeking to preserve in the United States and the Aryan purity that Hitler was trying to impose on Europe. As they had during World War I, they found themselves asking, in effect, “Have we been fighting once again for everybody else’s freedom except our own?”

For many of the undergraduate students who take my seminar on the idea of the ghetto, it comes as news that Jews, not blacks, were the original ghettoized people. This is a first clue to a motivation behind this book: ghettos can get lost. Had my course been offered earlier in Princeton’s history, before the mid-1940s, it would have had nothing to do with blacks and no one would have expected it might. Instead, an instructor would have focused exclusively on Jews. The link between blacks and the ghetto has been around for less than 10 percent of the term’s 500-year history.

It is not just the Jewish ghettos that have been forgotten by certain younger cohorts. It has become harder and harder to recall the black ghettos of previous generations—ghettos that were quite different from those we know now. And as the word “ghetto” has itself become less meaningful in many quarters, so too have we largely forgotten the way the word was understood in discussions of race, poverty, and place by social scientists, activists, politicians, journalists, and other intellectuals. It’s little recognized that the term embodies some of the most brilliant work in the history of the social sciences, much of which was contributed by black scholars such as those presented in these pages.

I have tried to recover that particular history by focusing selectively on a series of figures: Horace Cayton and St. Clair Drake, whose account of the Chicago “ghetto” in the Nazi era underlined the importance of restrictive housing covenants and other coercive measures—and served as an alternative to the famous portrait of the black situation in An American Dilemma by the Swedish economist and later Nobel laureate Gunnar Myrdal; Kenneth Clark, who revived the ghetto as an explanatory concept during the civil rights movement to show how segregation was damaging Northern blacks even without Jim Crow; and William Julius Wilson, who showed how the successes of the civil rights movement facilitated the departure of the black middle class from the ghetto, leaving behind a destitute population with a paucity of economic opportunities. In an era when the spotlight was no longer on the problems of poor blacks, he argued that the only way to interest whites in joblessness among black adults or even poverty among black children was to focus on programs that would also help whites. But working around the racism (and classism) of advantaged whites was not in itself enough to build the kind of support he had hoped for.

So we’re back to individual ghettos that are left to their own devices, as well as the activists and reformers who desperately try to achieve miracles on the ground. One particular effort garnered recent attention, support, and celebrity for its guiding founder: Geoffrey Canada and his Harlem Children’s Zone. He advances the idea that whereas single-focus efforts to improve the lot of the black poor do not succeed, a full-court press will. His initiative also presumes that private philanthropy can sometimes be a substitute for public policy, and at best an integral part of it. Although President Barack Obama tried to make Canada’s ideas the centerpiece of a national urban policy, Obama found it impossible to get meaningful support from Congress. Thus far, Canada’s success hinges on his own charismatic efforts and on the generosity of a few highly committed white billionaires.

We are left with the remains of an age-old system of exclusion—and no straightforward remedy. Worse yet, we are only now emerging from what has arguably been the largest and most consequential of all recent interventions in the lives of poor blacks: a War on Drugs based, ultimately, on its own misguided fantasy of a solution. The tactic emerged gradually, only after deindustrialization rendered poor urban blacks increasingly superfluous. The black ghetto became a hyperpoliced and monitored zone. Today, most men in the ghetto, subject as they are to paramilitary-style policing such as stop-and-frisk operations, will spend some time in prison. The ghetto can no longer be simply defined as a segregated area in which most blacks live. It is better understood as a space for the intrusive social control of poor blacks. As such, many of the ideas about the ghetto that emerged at the time of World War II may be more relevant than ever.

In this book, I seek a sense of historical awareness that is increasingly missing from our understanding. So much has been lost that needs to be remembered, if only because the ghetto’s troubled legacy has not gone away.