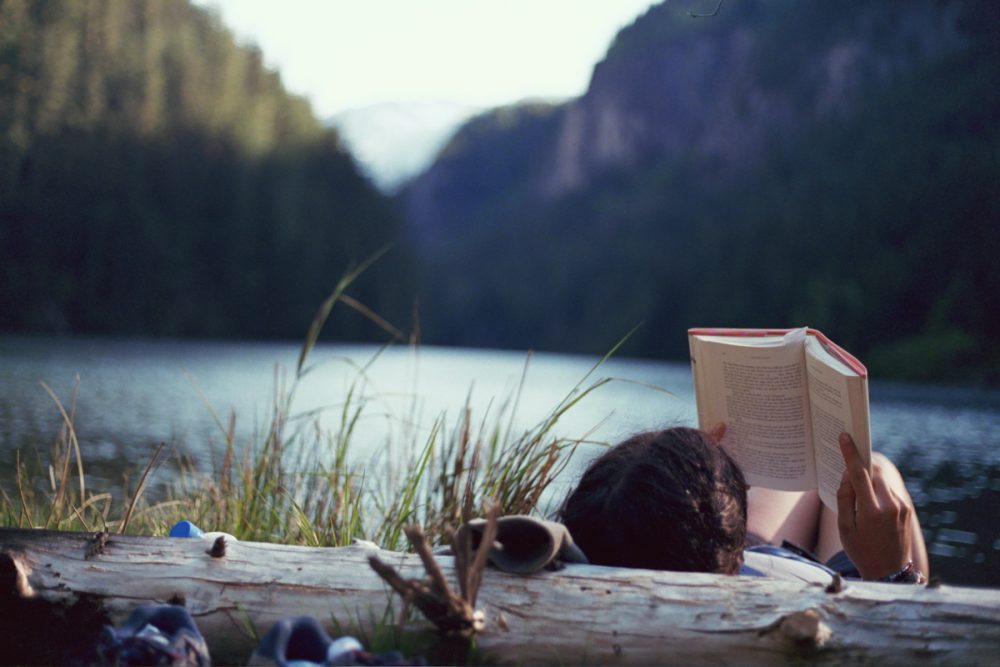 Summertime was invented for catching up on great books, whether lolling on a Gulf Coast beach on July 4, sheltering under a tent in the Adirondacks, or slouched in a lawn chair at Griffith Park. Every year at Zócalo Public Square we ask some of our favorite recent event guests and contributors to hand-pick their favorite nonfiction titles. This year’s selections range from books on the Industrial Age roots of global warming, and the meeting of two beautiful scientific minds, to frontline tales of Mexico’s brutal drug wars, to a biography of the ever-metamorphosing Meryl Streep. So get ready to crack open a spine or download an e-book—and don’t worry about spilled sand or suntan oil.

Everyone who has a best friend should read this book. It’s a story about a work relationship that becomes a friendship that then becomes a scientific collaboration; one that changes what we know about how people make decisions. The science is exciting, but it’s the friendship—and the love these two men have for one another’s minds—that makes this story remarkable. Everything is possible when psychologists Daniel Kahneman and Amos Tversky are bouncing around the world’s greatest universities, thinking up clever experiments to test their ideas on human behavior. Their union changed science not just because they wouldn’t have come up with the ideas on their own, but because they might have given up on them without the obligation they had to one another. It’s one of the best love stories ever—and it ends with a Nobel Prize.

Journalist and author of Dreamland: The True Tale of America’s Opiate Epidemic

Over the last decade, Javier Valdez Cárdenas was one of Mexico’s bravest reporters, chronicling the drug world and drug wars as they descended into medieval cruelty. His book, The Taken, is his first to be translated into English. It is, I believe, without equal in English for the detailed and unexpected glimpses of this world that few other authors could provide and that Americans rarely have access to. His stories are stunning, beginning with a Mayan Indian from Chiapas, the father of six pairs of twin girls, who is recruited to work in the north, doing he knows not what and never finding out, as a battle ensues that almost costs him his life. Valdez was gunned down in May 2017 as he walked from his newspaper office in Culiacán, Sinaloa. He left behind a gripping narrative of life in a maelstrom, provided by one of the great storytellers and journalistic spirits in our hemisphere, now sadly silenced.

Professor of Sociology at Princeton University and winner of the seventh annual Zócalo Book Prize for Ghetto: The Invention of a Place, the History of an Idea

The Color of Law

Richard Rothstein’s The Color of Law contains a massive amount of original research that illustrates the extent to which the Northern racial segregation we still live with today was brought about by federal and state policy, rather than through the decisions of private individuals. This is not news to urban historians or sociologists, but the research contains much that even specialists can learn from and the book is beautifully written. What ultimately makes Rothstein’s book essential is that it is a re-contextualization of these insights for the times in which we are living. Rothstein is a brilliant policy analyst and his goals are political. He ties his research to the claim made by the U.S. Supreme Court, under Chief Justice John Roberts, in school integration cases that racially separate neighborhoods are “not traceable” to government actions. By demolishing the factual accuracy of this argument, Rothstein has written a book that doesn’t simply preach to the choir, but could change the minds of some conservatives who will only accept race-conscious remedies for segregation that are traceable to government action.

Junior Professor of English Medieval Studies at the University of Bonn, Editor of Rumba Under Fire: The Arts of Survival from West Point to Delhi, and author of The Experience of Education in Anglo-Saxon Literature

Where stardom meets genuine talent, the result is an enigma: The actress is everywhere to be seen, but her skill remains inscrutable. Schulman’s biography of Meryl Streep’s life until her first Oscar traces Streep’s metamorphosis from blonde cheerleader in New Jersey and budding feminist at Vassar College to a rising star in theatre and film. The portrait he paints is of a natural chameleon who, early on, had a firm sense of her talents and how she wanted to apply them. If Streep’s gifts still remain otherworldly—Schulman suggests her success on stage and screen came despite, not because of, her training—Meryl herself comes across as deeply human, at times insistently normal. The book’s pleasure also lies in its rich evocations of 1970s theatrical culture: the Yale School of “Trauma,” Joe Papp’s entrepreneurial energies in New York, and the troubled, epic production of The Deer Hunter.

The Road to Somewhere: The Populist Revolt and the Future of Politics

What are the fault lines in today’s open societies? Do they run between left and right, urbanity and provincialism, those adapting to globalization and those left behind? David Goodhart finds a new definition: The gap, he claims, is between those who are at home anywhere in the world, and adapt easily to rapid change, and those who are at home somewhere and wish for a less relentless pace of modernization. A must-read because Goodhart not only offers a sound diagnosis but also offers some remedies.

Professor of English at the University of Michigan and author of The Flood Year 1927: A Cultural History

Fossil Capital: The Rise of Steam Power and the Roots of Global Warming

Malm is one of a group of environmental historians correcting the generality of the term “the Anthropocene”—and its claim that our entire species has indelibly altered the planet—by pinning down who it was, in which region, and at what time, who tied the course of industrialization to fossil fuels. With both deep research and a flair for storytelling, Malm zeroes in on the middle decades of 19th-century England to study why cotton manufacturers fatefully shifted from renewable water power to coal-powered steam, and in so doing, altered planetary history. His answers—and his tying of these answers to lessons for our own moment—are deeply important.

Insane Clown President is Matt Taibbi’s analysis of how media corporations only interested in ratings, ultra-rich donors only interested in influence, and political parties only interested in retaining power have made a mockery of democracy in America—and how Donald Trump expertly took advantage of the whole sham to become president. Taibbi—a smart and observant reporter—is alternately horrified and impressed by Trump, yet he is no apologist for either Trump or Clinton or any of the other “robo-babbling representatives of unseen donors” who ran for president in 2016. Taibbi writes in the tradition of Max Lerner, Noam Chomsky, George Orwell, and Hunter S. Thompson—he’s alert to the irony, doublespeak, and manipulation of the political process, but he hopes for better for American democracy. This book is for anyone who is still trying to make sense of what happened during the 2016 presidential election.

Constitutional Law Scholar at the UCLA School of Law

The Crisis of the Middle-Class Constitution

Economic inequality threatens the very fabric of our republic, according to Ganesh Sitaraman’s groundbreaking book, The Crisis of the Middle-Class Constitution. Indeed, for much of American history, including the founding, the concentration of economic power was seen as a problem of constitutional dimension. With lucid prose and keen insight, Sitaraman shows how economics fell out of favor in constitutional thought in the twentieth century. The Crisis of the Middle-Class Constitution is both a richly detailed history and a clarion call for recapturing a lost way of understanding our most fundamental rights.

Director of the Center for the Future of Libraries

When Strangers Meet: How People You Don’t Know Can Transform You

I still think that summer reading should be enjoyable—even if it’s educational. At just over 100 pages, in a funky 5 x 7-page format, and with illustrations, Kio Stark’s When Strangers Meet is accessible enough to take to the beach or on vacation, but deep enough to keep you thinking and maybe even inspire change. Stark helps us understand who strangers are, why our brains are predisposed to categorize people, the benefits of talking with and listening to people we don’t already know, and strategies for entering and exiting conversations with new people. It’s summer—you’re going to find yourself outdoors, in crowds, in places you don’t know. Let’s use that time to break out of the insular world so many of us live in.