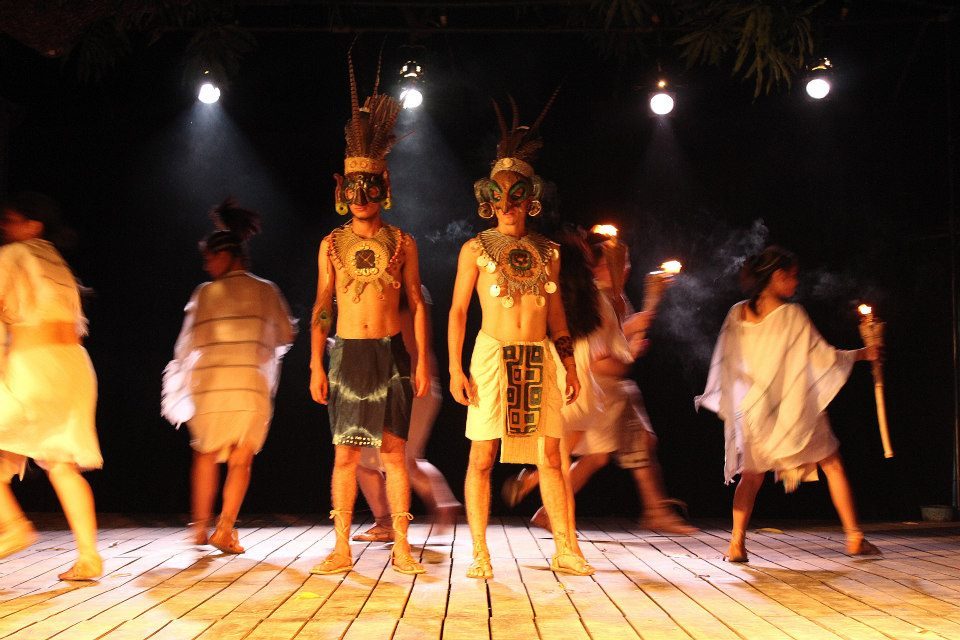 This piece was adapted from an interview with Antoni Cimolino, Edward Daranyi, and Mark Smith of Canada’s Stratford Festival.

The Stratford Festival in Stratford, Ontario, is a 64-year-old Canadian repertory theater company known for its productions of Shakespeare and other classic plays, Broadway musicals, and new work. We are, by most measures, pretty far from Suchitoto, El Salvador, an ancient town of 25,000 on a hillside, in a country still struggling with the aftershocks of a 12-year civil war and the fallout from a vicious, ongoing territorial battle among rival drug gangs.

We started the Suchitoto Project in 2009, about three years after meeting with representatives of Canadian University Student Overseas (CUSO), a highly respected aid agency that sends volunteers to help countries around the world. CUSO representatives saw parallels between Stratford and the city of Suchitito, which had begun holding a music festival and had plans to renovate a theater in order to expand its economy, create jobs and offer a better future to its young people through the arts.

As it happens, that’s exactly what the town of Stratford, Ontario, did in 1952. When the divisional rail shop announced its closure here, the local community decided to save the economy by opening a Shakespeare Festival. And, as crazy as the idea sounds, it worked.

After initial meetings with CUSO, we decided to share the Stratford dream and went down to El Salvador with our mayor, developing a tripartite agreement between the city, CUSO, and the Stratford Festival. Since that time we have raised money from corporations and individuals; we have put together a group of volunteers (currently run by festival scenic carpenter Mark Smith); and together with CUSO, we have sent more than 50 people to Suchitoto to work with young people to develop a wide variety of theatrical skills, many of which are transferrable, and to mount a number of productions.

When CUSO came to us about this project, we did not realize all the challenges ahead. We thought, “Oh, we’ll go down there and we’ll put on some plays!”—with a kind of sunny, imbecilic optimism. But there was great power in that, because that’s exactly what we did.

Suchitoto, despite being photogenic and tourist-friendly, has serious problems that Stratford does not. During the bitter 1980-1992 civil war between El Salvador’s right-wing government and the leftist guerrilla opposition, Suchitoto’s population leaned right-of-center, but the surrounding area was left-of-center. So the town was really caught in the middle. The guerrillas surrounded the entire area, and yet there were government troops in the city. It was a time of extreme violence and residents were even afraid to pick up the remains of the dead in the streets, lest they be targeted next.

The civil war is now ancient history and, with the average age in El Salvador quite young, the struggle has changed. Now gangs fight for control and are enlisting young people, funneling drugs and people through the country, and really acting as a government unto themselves.

When our volunteers travel to the area, they continually have to go through gang-held parts of the highways. Shortly before our first group of volunteers arrived, seven teenagers were assassinated. At one point our volunteers got a call from Artistic Director Antoni Cimolino asking: “Are we sure we’re still committed to doing this?”

And we were, because we are optimists. We helped them develop and mount their first project, Voces de Los Cerros or Voices from the Hills, a reimagining of a Mayan folk tale. After the opening night, we had a huge party with hundreds of people celebrating with us. We were surprised to see pockets of people who were just weeping and holding onto one another. We didn’t understand the significance of this until the mayor of Suchitoto told us that those people hadn’t spoken to each other in nearly 20 years because they were on opposite sides of the civil war. But now, because their children were working together, it was leading them to put their differences behind them.

So far we’ve had 12 full-scale productions. Five of those were classics, including some Shakespeare and Moliere plays and others from the Golden Age of Spanish drama. They did a production of Lope de Vega’s 1619 play Fuente Ovejuna, which is about a town besieged by warlords, and instead we made it about gangs. The local police chief was really taken by it. At first he wondered why the young actors were all dressed up like gang members–but then he came around! The kids also like writing their own work, especially based on their own experiences and observations with such issues as gang violence, poverty, and homelessness.

A large number of Festival staff have gone down to Suchitoto, including teaching artist Edward Daranyi who, since the project’s inception, has spent many months each year training and directing the young actors. We have sent propmakers, wardrobe people, electricians, lighting and sound technicians, actors, coaches, designers, administrators—people from every corner of the organization. And we have had people from the program here to North America—to Stratford, Toronto, and Washington, D.C. 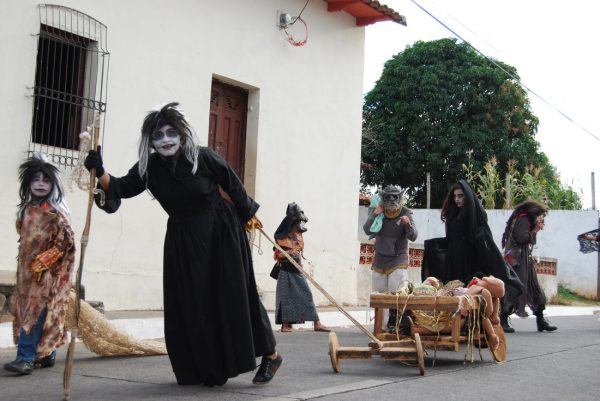 Performers involved in the Suchitoto Project. Photo by Tito Hasbun. Courtesy of the Stratford Festival.

Estela Abrego was in our first group. She was a single mother and her family wasn’t happy that she wanted to enroll in the program. Seeing no merit in the arts, they thought her decision showed a lack of responsibility and were threatening to take away her young son, who was eight or nine, if she persisted.

To solve the problem, the artistic director at the time in El Salvador offered to let Estela’s son join the program along with his mother, even though he was younger than the adolescent age group we target. Fast forward, he’s now a budding young star and he came up for the International Festival of Children’s Theatre here in Stratford last year. Estela is one of the leaders in the program now; she writes plays and is the vice president of the governing board.

While tourism is growing in Suchitoto, we haven’t yet developed the infrastructure for consistent performances that would generate revenue among the tourism base. But that’s on the economic front.

For us, the real miracle has been in human-development and youth-engagement—giving them options as they move forward in life. Their advancement doesn’t always have to do with the arts. They have developed reading and writing skills, as well as critical thinking, and the hard skills that are part of what we do, such as carpentry and electrical work. It’s enough to spark interest in these students to imagine their lives differently.

One student is now a recording artist. Another has gone into design and is a student in the University of El Salvador’s new costume design program. She is making all kinds of costumes and wedding dresses in the community.

Some of the youth involved in the project are now writing their own plays and have formed an acting company. They’re being hired by different NGOs in-country to write plays that are socially responsive to things that they face, like anti-violence, gender equality, youth inclusion, and teenage pregnancy.

I think our greatest joy is that we’ve invited the youth in the program to teach us and we’re learning with them. We’ve brought our skills down and they’ve taken us up on the challenge, and now they’re the ones that are dictating the way that we go. We’re always inviting the question, “What do you want to do now?”