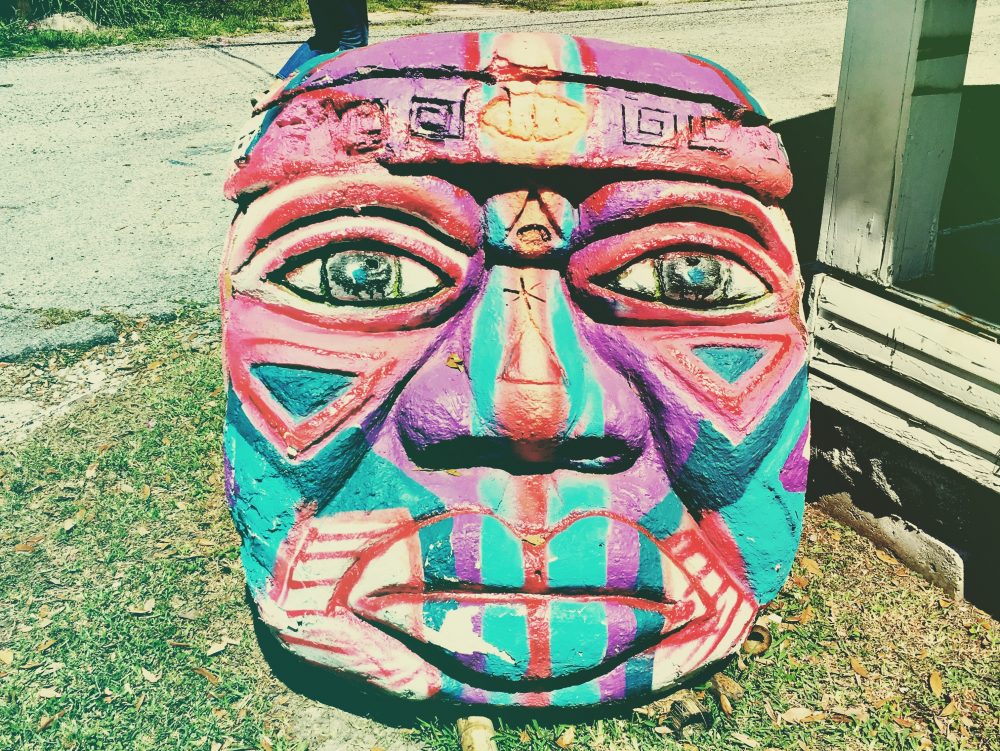 An installation art work at Project Row Houses in Houston. Courtesy of Flickr.

Project Row Houses is an art space in Houston’s historically black Third Ward. Its success, going on a quarter of a century, is a powerful argument for committing first to your neighborhood and community, and then to art lovers at large—rather than the vice-versa approach in which many large institutions find themselves rooted.

Artist Rick Lowe founded Project Row Houses in 1993 with several other local African American artists, after being challenged by a young Houstonian to do something for the inner city neighborhood he was working in, as opposed to making art that commented on it. As he told the hosts of the Social Design Insights podcast recently, the project was an opportunity to “do some art that went beyond the symbolic and poetic and had a practical component and impact to it.”

Lowe and his collaborators—James Bettison, Bert Long, Jesse Lott, Floyd Newsum, Bert Samples, and George Smith—settled upon purchasing several small abandoned homes in the Third Ward with grant money from the National Endowment for the Arts and the Elizabeth Firestone Graham Foundation, and restoring them with help from Houston’s art community. The buildings were “shotgun” homes—small, narrow houses organized so that each room was located directly behind the other. The shotgun style, so named because if you fired a gun through the front door it would theoretically pass through each room of the house before exiting the back door, was enormously popular among low-income Gulf Coast families around the turn of the last century.

So, the first lesson: reclamation and renovation. Lowe and company could have easily torn down these decrepit, adjacent houses and raised money for a big new community arts center to be built in their place. Instead, they renovated the existing houses, subtly implying that those structures, and similar homes owned by neighbors in the Third Ward, were worth something, and deserved additional investment.

The first batch of renovated houses was dedicated to residency, studio, and gallery spaces for African-American artists. The programming in these homes was and continues to be free, and emphasizes art installations created with the social, cultural, and physical environment in mind.

The most recent show (PRH’s 46th) featured the group Black Women Artists for Black Lives Matter, whose installations dealt with issues like police brutality and the importance of physical self-care. The visiting artists helped to organize a Houston chapter of their group while they were in residency.

The second lesson, then, is to consider and reflect the community that you’re in. Project Row Houses gives black artists a much needed platform in a historically black neighborhood. The art is physically very accessible to local residents, and the works at hand respond directly to the surroundings they were created in, providing a common point of reference no matter how esoteric the end product might be. The art now reaches beyond the homes, as well. This spring, Project Row Houses co-presented a performance and installation by Kevin Beasley in the Third Ward’s defunct Eldorado Ballroom, an iconic venue for jazz and blues from the 1940s through the 1970s. 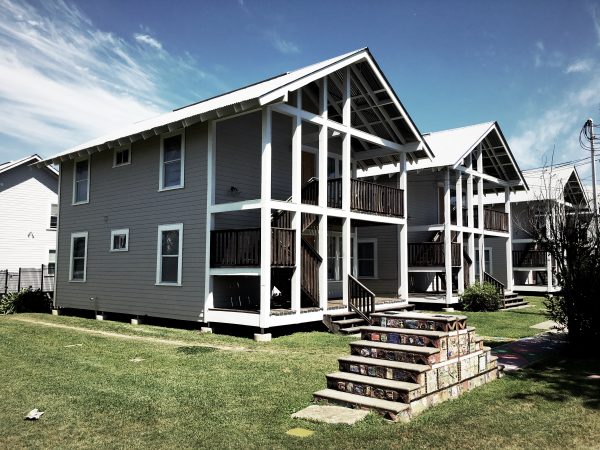 What tends to grab the attention of outsiders is the next step Project Row Houses took after securing the homes and infusing them with art: the establishment of the Young Mothers Residential Program. Eight of the renovated shotgun homes were subsequently designated as subsidized housing for single mothers between the ages of 18 and 26, and their children. To be eligible to live there, these low-income mothers must work and pursue higher education, and their children must be enrolled in daycare or school. The mothers are deeply integrated with the artists, and are encouraged to apply the creative process and artistic expression to their own lives. They also represent a crucial part of the audiences for the arts at Project Row Houses.

This program has been a springboard for PRH’s involvement in other issues in the Third Ward: There are tutoring nights for local schoolkids, an incubator and semi-annual community market for local small businesses, and a partnership with Rice University to design and build sustainable new housing options. That Rice partnership has created 72 rental units for low-income residents that are managed by sister organization Row House Community Development Corporation.

This leads to the third and trickiest lesson, but the one with the deepest potential: Social safety nets are part of an arts community, too. That doesn’t mean that any old arts organization should start a soup kitchen in its basement. Instead, each arts group must carefully observe and consider its community and its environment, and then make something that fits that context.

“You respond to what’s in front of you and you make something out of it,” Lowe said on Social Design Insights. Project Row Houses, he added, “positioned the community as art, the people as art, and everyone all the time working on their art, which is their life.” Nikil Saval, writing for T Magazine, called PRH “one of the most original and ambitious works of art of the past century.” In 2014, Lowe was awarded a MacArthur Fellowship “genius” grant, which helps fund Project Row Houses.

Project Row Houses is part of a bigger story in Houston. Like so many neighborhoods where artists have made a concerted investment of time, creativity and resources, the Third Ward has seen substantial development over the past 15 or so years, including an upcoming $33 million renovation of nearby Emancipation Park, complete with a community center. Gentrification is now a real concern in the Third Ward, and PRH’s next move will be figuring out how to exist in an area where displacement, instead of disinvestment, is the driving community concern.