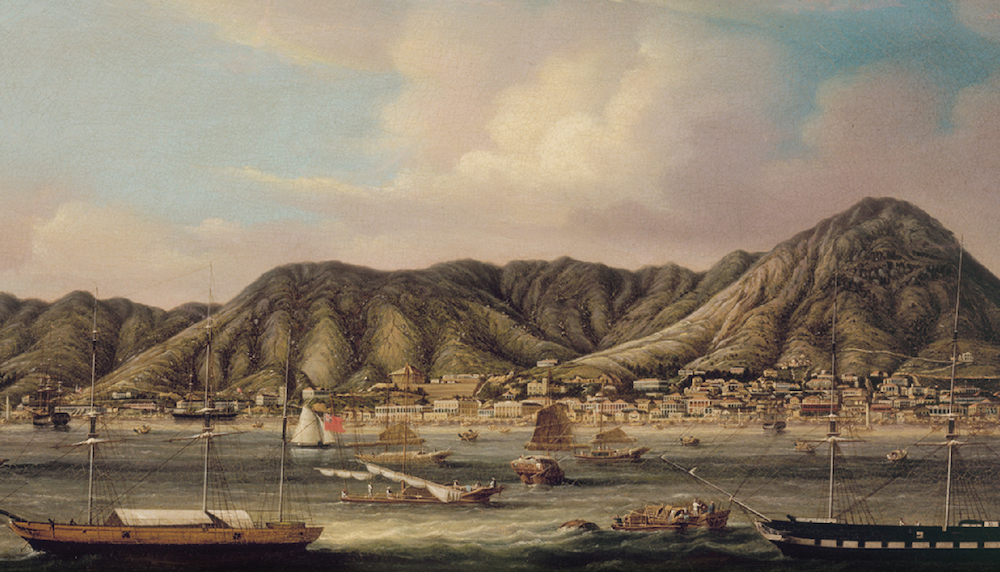 Hong Kong’s cultural roots, in both China and the West, infuse its artistic traditions. Image courtesy of Hong Kong Museum of Art.

The Hong Kong Museum of Art, where I work, is 55 years old this year. Though we have changed a lot over the years, we still hold to a special “hybrid” vision that fits our city and dates to the museum’s founding on the top two floors of City Hall.

Since that time our location has changed to a separate building; Hong Kong stopped being a British colony and became part of the People’s Republic of China. The way we apply our vision at the museum has changed considerably from what we started with. And it has prepared us to think about how museums work as more and more of humanity learns how to live in between the real and the virtual, the local and the global, the present and the past.

Back in 1962, Hong Kong was a British colony and the first curator was a British man named John Warner who put on an exhibit called “Hong Kong Art Today,” bringing together artists working in Chinese and Western media. This was the first time there had been a professional venue for art in Hong Kong. Before that artists showed in restaurants and artists working with Western media showed in churches or hotels that were not easily accessible to the public. So the show was a historic occasion, and a period of exchange, between two types of artists that did not usually show together and a public that did not usually get to see art. The museum continued to hold these shows and also granted awards to outstanding artists.

The museum was important then because we brought art works from overseas to show in Hong Kong, so that art lovers would have an opportunity to see them. At this time people didn’t travel the way they do now. Other museums soon opened in Hong Kong, so we stopped being the only one. Yet with the diverse collection that we built of Chinese antiquities, traditional Chinese paintings, and contemporary art, we saw ourselves as a convenient place to see art in all its plurality.

Admission to the museum has always been free, or very low-priced. From 1962 to 1990 we were free. In 1991 we moved to our new building in Tsim Sha Tsui and began charging $10HK, which is very low (about $1.25 in the U.S.). Since last August all government museums have been free again, although for blockbuster shows that we have to pay to bring here we do charge $20 to 30 HK.

Ever since the beginning, the core business of this museum has been free art education. We bring school children to the museum, which is important because Hong Kong doesn’t have art education at the grammar school level. Visual art is not considered pragmatic. So getting children to the museum is important because museum going has to start very early. If a child doesn’t go to a museum by the age of seven they’re unlikely go on their own when they’re older.

We are also here for general visitors to nurture an interest in art. In Hong Kong people do not think of museum-going as part of life. You really have to make an effort to go. There’s a different environment and context in Hong Kong than in some European countries where families often go to museums. I think that one reason is that some parents find it embarrassing when kids ask questions and they don’t know the answers. In the West, the parents often take children to art they don’t know and the family makes guesses together. In Hong Kong, parents are more reserved.

The other population we’re working with is the senior generation of retirees who are not educated in art but would like to be. Hong Kong’s population is aging and we will need to work with them in the coming years.

In the past we always talked about globalizing the museum. Did we meet global benchmarks, were we a global city? It used to be that we’d bring in exhibits from London, but traveling exhibits don’t make sense anymore. Hong Kong is obviously a very global city, and so people travel and whenever they go to London, for instance, they go to the British Museum. And there is a crushing sameness to global exhibits. I know that when I travel to see the art “biennials,” I’m always seeing the same thing and the same artists. When you get more globalized it’s harder to find anything different. And we have to stay different to be unique and sustainable.

Juxtaposing art and our viewers’ experiences is a way to help people reach new understandings in a changing world. Often our work is to bring people in and show them things they know in a new, comparative way.

When people came to realize that they cannot do without “local,” they invented the word “glocal” to be global and local as the same time. Yet “global” still came first. Instead, I’ve started thinking about doing “lobal” programming—really trying to put the local sensibility first in looking at a globalized situation. This is my current vision of the museum.

This shift to the local mirrors Hong Kong’s history. From the 1990’s through the early 2000’s the museum reflected the city’s status of being very cosmopolitan. But in 1997, at the time of the handover, there was a growing sense among young people of the importance of their local identity. They were very concerned about preserving local landmarks and old buildings. But don’t get me wrong in thinking that when we say “Hong Kong,” we are romanticizing the rural or being nostalgic. However, we began to look more at our own culture and nurture our own artists.

Hong Kong is so internationally-oriented that, by telling local stories in our programming, we inevitably end up telling the story of the world. Our collections, which draw from both the Chinese and the Western cultural tradition also fit Hong Kong’s history, style, and language.

So whether we’re bringing exhibits from mainland China or from Paris and London, we present them with a Hong Kong twist. We don’t use the canned exhibits; we feel we need to go deeper to make it particular to Hong Kong.

For example, to celebrate the 20th anniversary of the Return of Hong Kong to China, we’re showing an exhibit that comes from the Palace Museum in Beijing. It’s a collection of artwork and relics from the Yangxindian (the Hall of Mental Cultivation) —the working and living space of the emperors of the Qing Dynasty. Here, we’ve rebuilt the way visitors experience the exhibit. Before entering you’ll feel like you’re entering a palace. Instead of putting the objects in showcases, we put them in “real” settings as they used to be in the palace. We also created an immersive visual experience for visitors to appreciate not only the artifacts but to replicate the experience of a palace visit.

In all, it is not object-oriented, but a total viewing experience which starts even before you enter into the gallery. We’ve installed a grand staircase at the entrance of the museum as well as a courtyard leading up to the gallery. Above all, we promote the Hall as a “home-office” of the emperor, a concept that is more accessible to contemporary audiences, connecting historical narratives to modern terminology. Of course we also created an area where people can take photos of themselves in the hall to let them see themselves a part of history. Our approach was so different from the Palace Museum’s that they sent a film crew to document what we did and how we did it.

But we do the same thing with Western art. A few years ago there was a traveling exhibition of Andy Warhol. We decided to highlight his visit to Hong Kong in the 1980s. We placed his work “Silver Clouds”—a set of large pillow-shaped silver balloons—right at the entrance of the gallery. Going under the balloons to the exhibition area prepared visitors for an imaginative journey. They were venturing into the creative mind of the artist, and leaving the real world behind.

Right now, the museum is closed—we’ve been renovating for the past three years, and so we’ve used that time to go into the community. We’ve really focused on children and have developed different art appreciation programs that include a mobile museum that visits schools. And we’ve made a set of videos about local Hong Kong artists working in a wide range of media, including painting, conceptual art, ceramics, photography, seal-carving, etc. Hong Kong’s schools lack local teaching materials: Most have been developed in the West and though they include Van Gogh, they leave out local artists. Our hope is that Hong Kong children will enter into the art world through the visions of Hong Kong artists.

Understanding art, particularly in Hong Kong, where citizens must work with people and institutions all over the world, means creating new knowledge and new meanings. Juxtaposing art and our viewers’ experiences is a way to help people reach new understandings in a changing world. Often our work is to bring people in and show them things they know in a new, comparative way.

This style of experiencing art reminds me of Charles Darwin. Everyone saw layers of fossils but they never thought of how to make sense of them in a holistic and comparative way. And then Darwin came and he told a story of evolution that made sense of the layers of fossils. Conventionally, museum collections are classified in way that compartmentalizes knowledge in disconnected ways. Like Darwin, we’d like to consider things that others would not; we’d like to look at ideas less for how they “fit” but to see where they lead.

Hong Kong is strategically positioned. Living between China and the West, between the very old and the very new, it’s in the Hong Kong blood to be hybrid in the sense that we are used to playing around with culturally paradoxical concepts. So it’s natural for us to see in a comparative way. It’s the Hong Kong method!

This essay was transcribed from an interview.