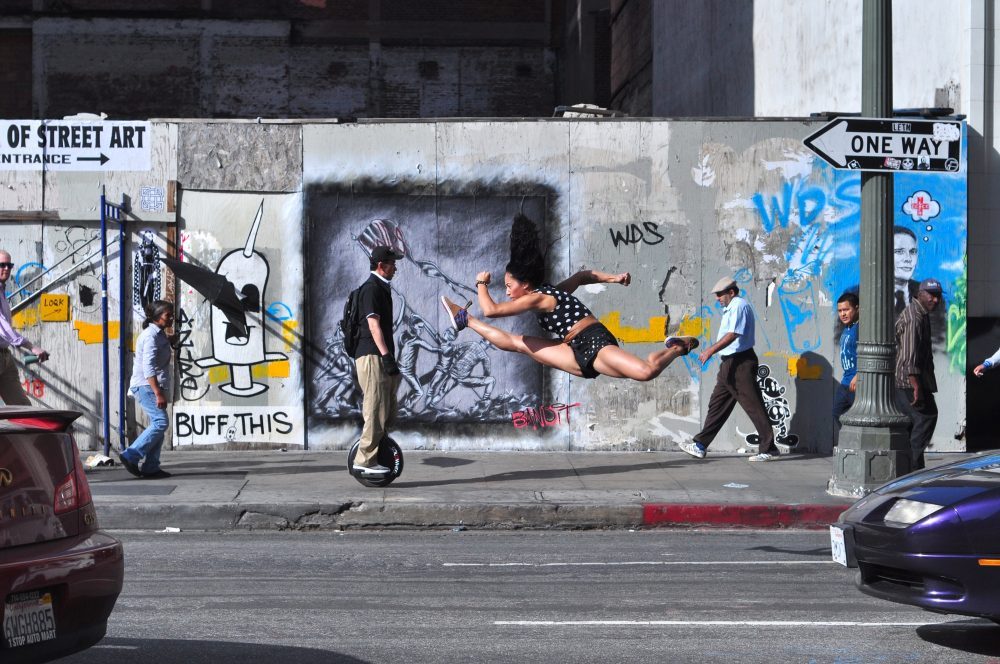 California is undergoing massive changes in technology, demography, the nature of work and, thus, in leisure activity. So is its cultural sector, with consequences for how Californians experience art and for how California organizations and artists deliver the arts and engage their audiences.

Over the last three decades, the term “arts participation” has essentially been understood as arts attendance within the non-profit arts field. The field’s key indicator of arts participation over this time has been attendance at any of the seven “benchmark” arts events: performances of ballet, musical and nonmusical theater, jazz, classical music, opera, and visiting an art museum—at least once a year as measured by the National Endowment for the Arts’ (NEA) Survey of Public Participation in the Arts.

Equally worrying, “benchmark” arts audiences do not resemble the population of the state; they are drawn disproportionately from those with higher incomes. In 2012 in California, 49 percent of arts attendees had household incomes of $75,000 or more—eight percentage points higher than the 41 percent of total California households earning that much. Arts attendees in California also had higher education levels; in 2012, 41 percent of them had at least a college degree, compared to 31 percent of the state’s population as a whole. Despite the fact that Hispanics have surpassed non-Hispanic whites as the largest portion of the state’s population, adult arts audiences remain 55 percent non-Hispanic white, even though this group comprises only 43 percent of the state’s total adult population. (These statistics draw from the NEA’s Survey of Public Participation in the Arts and more about them is available here.)

Despite such statistics, there is considerable evidence of deep interest in the arts among California’s highly diverse population. What does a more complete picture look like?

Two years ago, I led an effort, supported by The James Irvine Foundation, that used a more inclusive lens for looking at the landscape of artistic and cultural expression and experience in California. What we saw was profound, and involves the very meaning of arts and culture, and thus raises all kinds of questions about the future of the arts, of participation, and of the state itself. Detailed findings are available in two reports, A Closer Look at Arts Engagement in California and The Cultural Lives of Californians; here I highlight some key findings. 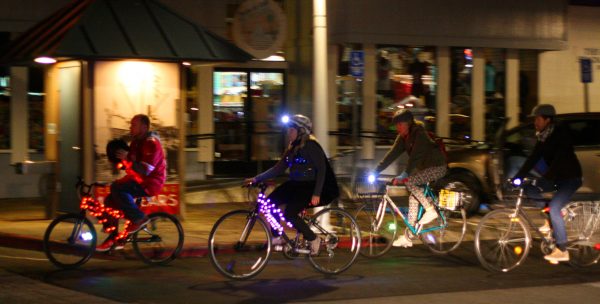 Arts participation today isn’t only about sitting in a concert hall or pondering a painting in a museum. Bikers light up a night ride in Santa Cruz in 2015. Photo courtesy of Richard Masoner/Flickr.

These are all types of cultural events that tend to offer people control and choice over their own experience. They allow each person to handpick what to see and do, and afford degrees of flexibility as to when to arrive and depart, or whether or not to engage in different aspects of the event. Events that were less well-attended, according to the survey, were ones that tended to offer less control; they were activities that usually had precise starting and ending times, and that adhered to a set program.

Geography also influenced choice. Even after accounting for socioeconomic and demographic differences among regions, we found that adults living in the state’s large urban areas were more likely to attend arts events in general. These regions also tend to have the highest densities of non-profit arts organizations, suggesting that issues of access also may be affecting rates of participation. Attendance rates are significantly higher for California adults living in the state’s urban regions, compared to those living outside of those areas, specifically for visiting art museums, touring historic parks or monuments, and attending musical plays, classical music, and jazz performances. Urbanites also were more likely to create visual arts (although those living outside of these areas are more likely to make textile-based art, such as weaving, crocheting, quilting, needlepoint, knitting, or sewing).

Most strikingly, one’s level of education was the strongest explanatory factor for differences in rates across all arts participation measures. Having at least a college degree was the single strongest predictor of whether one participates in the arts.

Can the digital revolution, a shift led by many California companies and institutions, change this? Trying to answer that question led to more questions.

We found that the most common form of arts participation among California adults, as measured in the NEA’s 2012 survey, was consuming arts through electronic media, including television, radio, computers, or handheld or mobile devices. Seventy-seven percent of adults accessed arts electronically. Back then, the rate of consuming arts was almost 1.5 times the rate at which California adults attend live arts events (53 percent) or make art (54 percent).

The distinctions between artistic genres are blending and blurring over time. Art creators do not necessarily assign themselves to a genre or even a precise artistic form, and classifications are seemingly less relevant for audiences as other dimensions of arts experiences … come to the fore.

But five years ago is a long time. And the ways in which we describe and understand digital technologies as new means of consuming, interacting with, and creating art are evolving as technology changes. The ability to choose when and how to participate is central to the digital word. And that choice is in turn changing the definition of cultural participation, while enabling new forms of art. Platforms such as online gaming, crowdsourced art, writing and posting fan fiction, and sharing YouTube content (either self-created or otherwise) are forms of online cultural and arts participation.

And digital is only one force changing the meaning of arts participation. As attendance at benchmark events declines, arts participation through the making of art and creative expression is palpable. In 2012, 54 percent of California adults engaged in art making. The most commonly reported art making activity in California was social dancing (African Americans had the highest participation rates in social dance compared to any other activity measured in the NEA’s 2012 survey).

The range of artistic activities and forms of creative and cultural expression that are meaningful to Californians – and to people across the U.S. – demands that the term “arts participation” become more elastic. We must consider the many ways that people engage with art and artistic forms. For example, there are a large number and variety of folk arts in which people take part, though they have not traditionally been captured in arts participation studies. These activities often are passed along through family heritage. For example, an important part of traditional Hmong cultural activity, among Southeast Asian immigrants in the San Joaquin Valley, is a private home ceremony that involves playing the qeej, a bamboo mouth organ. (More about widening the aperture for what is considered arts participation is available here).

Not long ago, I conducted a study with Chinese and Chinese Americans in Chicago’s Chinatown who had reported low levels of arts participation in standard surveys. But in interviews for the study, they revealed their participation in a great variety of artistic and creative activities. For example, an interviewee shared that he had attended an exhibition of Chinese calligraphy at a library, but that he was not sure whether that could be counted and reported when he was asked a survey question about whether he had visited an art museum or gallery.

The gap between survey responses and the reality of our interviewee’s activities highlights the need for terms and research tools that better reflect what is happening in today’s society. The distinctions between artistic genres are blending and blurring over time. Art creators do not necessarily assign themselves to a genre or even a precise artistic form, and classifications are seemingly less relevant for audiences as other dimensions of arts experiences—particularly having more control and flexibility over arts activities and experiences—come to the fore.

This shift in the meaning and measurement of arts and culture is of course not just an issue for California. A UNESCO report in 2012 found:

“We are currently observing big changes and the rise of new cultural paradigms and behavior, armed with a set of research tools elaborated in the last century and adapted to analyze social life through a well-defined taxonomy that is every year less adequate for helping our understanding.”

Californians and California organizations could lead a fundamental reconceptualization of culture—in its forms, modes of interaction, sites of engagement, actors, and the roles it plays in community matters across California. This is a critical moment for posing new and fundamental questions that have the potential to shift traditional paradigms. We need to ask ourselves: What are the many artistic, creative and aesthetic forms that people engage in? And how can we describe and understand the multiple dimensions and variations in the experiences, settings, contexts, motivations, and benefits of individual engagement in this broad domain of activity that we used to call “the arts?”