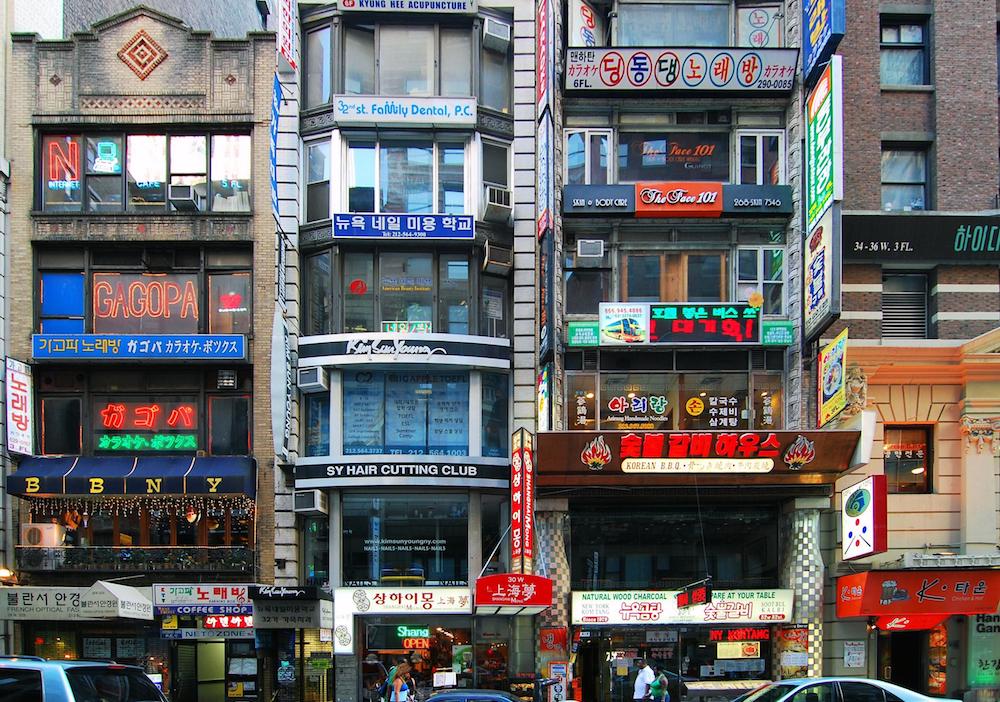 Trump’s immigration policies are a problem for the U.S. economy, and in ways you might not think.

Whether it’s crime, security or jobs—Trump has openly and repeatedly linked many of the supposed woes of the nation to immigrants, fanning the xenophobic flames that exist at some level in all societies. Anecdotal evidence suggests that the strong anti-immigrant rhetoric has already slowed the pace of immigration into the United States, whether legal or illegal. And now Trump is working with two senators to slow immigration even more. The RAISE Act (Reforming American Immigration for Strong Employment) would cut by more than half the number of immigrants legally allowed to enter the nation annually if it ever became law.

Slowing the pace of immigration into the United States, in and of itself, is an economic problem. According to the Census, almost half of population growth today comes from immigration into the United States. And immigrants, on average, have more children than those born here. Immigration decline, therefore, will have a significant impact on the pace of population and thus labor force growth—one important contributor to future economic growth. If this seems too abstract to worry about now, keep in mind that such projections will play a central role in the next big federal-government showdown on tax cuts and the budget deficit.

But what of immigrants who are already here? More than 13 percent of the U.S. population was born outside of its borders—43 million people. Here in California the share is 27 percent, the highest of any state. Less than half have become U.S. citizens. And the hostility that is making potential immigrants consider other options is also being directed against people already here. According to the Hate and Extremism Center at Cal State San Bernardino, hate crimes against immigrants in the United States have surged since the 2016 election began, and there is no shortage of video evidence on the Internet showing the verbal abuse of immigrants since the current administration came to power.

The current administration has been breaking records in terms of its unpopularity. Growing scandals, political inexperience, and the revolving door of administration appointees all suggest that anti-immigrant trends may quickly reverse themselves. But imagine the opposite. Let’s say the anti-immigrant message takes hold more deeply in the population, and the recent change in staff in the White House finally creates an effective administration. And let’s say that this success intensifies the anti-immigrant attitude of Americans even as Trump rolls into his second term as president. What might happen to these 40 million-plus people—and what might it mean ultimately for the economy?

While such a future is purely speculative, there is no shortage of historical evidence for effects on populations who are isolated within the borders of the nation they called home, and from this we can consider the broader implications for the economy. Consider history from the long-term persecution of Jews in Eastern Europe to African Americans in the Jim Crow South to Asian populations that moved to the West Coast to build railways and work on farms in the 19th century.

According to the Census, almost half of population growth today comes from immigration into the United States. … Immigration decline, therefore, will have a significant impact on the pace of population and thus labor force growth—one important contributor to future economic growth.

In the midst of a majority hostile to them, minority groups naturally tend to concentrate—geographically, socially and economically. Ghettoization is the ultimate symptom of such trends. This substantially slows the pace of economic and cultural integration. Lack of integration can have implications for the economy, particularly if minority groups start as disadvantaged populations. The poverty trap in poor communities is very real and has been linked to such isolation. This has implications in particular for the Latin American population, one of the lowest skilled groups of immigrants here in the United States. Such populations tend to remain very low-income relative to the broader population. The lack of physical and human capital investments within such communities as well as the associated social problems spill out, negatively, into the broader economy.

A hostile majority has serious effects, also, on minority populations that don’t start with disadvantages. Historically the Jewish populations of Europe were known for their cultural emphasis on education and skill acquisition—not unlike, for example, the South Asian diaspora here in the United States. Yet unlike South Asians in today’s America, the Jewish peoples in Europe remained relatively poor. This is because long-run wealth is also a function of being able to make physical investments in businesses.

Immigrants tend not to make such investments when hostility from the broader community suggests that their property rights may not be secure. The lessons of the Inquisition in Spain and the Pale of Settlement in Russia were clear—invest only in capital that cannot be taken away by the majority. The Japanese population of California learned a similar lesson when its people lost their farms, homes, businesses and other items after being imprisoned in internment camps during World War II.

Could current populations of Asians in the United States—Asians now constitute the largest cohort of arriving immigrants—be similarly vulnerable? While these groups are known for their high levels of human capital, open hostility by the broader population could dissuade them from making investments in businesses and other physical capital. Immigrants have played a role in starting so many businesses in our economy today—this role would be substantially diminished in an increasingly anti-immigrant future.

The negative impact is not limited to the isolated populations. Economists understand that efficient and competitive markets are good for the broader economy—both in the short term, by allocating scarce resources to their best use, and in the long term, by driving innovation. Efficient markets are, in turn, created by having many sellers actively competing with each other to service the consumer base. When buyers and sellers are segmented into smaller populations because of cultural biases, this in turn reduces competition and overall efficiency and growth.

Ultimately the greatest threat to a healthy economy created by cultural isolation is when such isolation breaks into full-on hostility. Consider the collapse of Yugoslavia into civil war, or the horrific consequences of the Holocaust in Europe. But damage does not come only from a gun or in a gas chamber. The open hostility of the Trump administration to the immigrants in our midst can have lasting consequences to our economy, even if it never reaches such a horrible point.