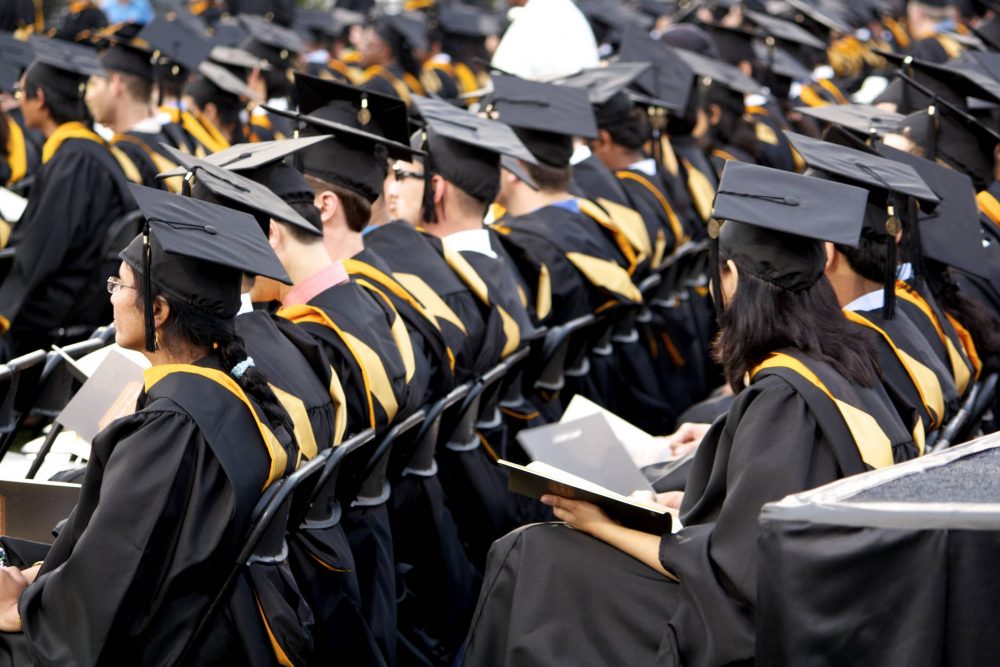 I’m one of the young people covered by President Obama’s Deferred Action for Childhood Arrivals program, which allows people who immigrated with their parents before they were 16 to live and work in the United States without fear of deportation. I am told I crossed the border from Mexico when I was two years old, sitting in the back of a car. I’m part of a family divided by legal status; my older sister, like me, immigrated as a child. My younger siblings—a sister and a brother, both in their teens—are U.S.-born citizens.

Being undocumented in California wasn’t easy. My parents first left Los Angeles a few years ago because they were being threatened by a gang member because they wouldn’t pay protection money for the right to sell food on the street. Their undocumented status made it hard for them to complain to the police.

But living in Indiana—now as a college student—has given me new respect for how Los Angeles deals with its undocumented citizens.

I started my college studies in Los Angeles, and received tremendous support in learning to navigate the educational system and create study habits. I paid in-state tuition for my courses at East Los Angeles College, as a result of 2001 state legislation. Students like me also benefit from the California Dream Act of 2011, which has helped undocumented students get access to more scholarships and state financial aid. A more recent California State Assembly bill, AB 1366—if passed—would encourage universities to provide more resources to help undocumented students complete their degrees.

In essence, the state of California treated me like other Californians: It was investing in me. Which made sense. More than one-third of California’s workforce is immigrants, and undocumented people are needed for their work and productivity, and as future taxpayers. And making sure undocumented people had college degrees was good economics; RAND’s Immigration Policy Center has estimated that the average 30-year-old Mexican immigrant woman in the United States with a bachelor’s degree will pay $5,300 more in taxes annually compared to the same individual who holds a high school diploma or less.

None of this made getting an education easy in Los Angeles, a very expensive place. I was living on my own with a well-paid job as a salesperson at a Chevrolet dealership, but to make a good living I had to work more than 40 hours and sell eight cars a month. I soon noticed my grades falling. So I took fewer classes, in order to sell more cars. Eventually, I decided to move to Indiana with my parents in order to finish my education.

The differences here in Hoosier State are startling. Indiana has a history of seeking to exclude undocumented immigrants such as myself from higher education. In 2011, Indiana passed House Bill 1402, which prohibits in-state tuition for students who are unlawfully present in the United States. To be undocumented in Indiana means to be a worker—not a student. But many students in Indiana have defied the state’s limits by going to college.

I learned from Radi, an undocumented student from Ivy Tech Community College in Elkhart, where she is president of the Latino Student Alliance (LSA) club, that at first she had decided not to go to college because of House Bill 1402. She has been living in the United States with her family since 1997, and has been an Indiana resident since she was a girl. But she couldn’t afford higher education as an 18-year-old, so she took a couple years off to save up for community college.

Then the good news: The establishment of the DACA program opened the door for her and other students, making it easier for them to stay in the country and work so they can go to school. But they still do not receive in-state tuition from the state where they grew up. This puts incredible stress on undocumented students who are pursuing a higher education to find good-paying jobs, to apply for many scholarships, and to keep up their grades so they can hold onto the scholarships they win.

And if they do graduate, undocumented bachelor’s graduates may not be able to pursue work in their chosen profession in Indiana particularly if they involve any sort of state licensing. I know a registered nurse here in Indiana not able to start her career as a nurse in the state because of her undocumented status. She meets all the state’s requirements for testing. She has the state approval in Illinois and passed her licensing in Michigan. But two years after graduating with a nursing degree in Indiana, the state denies her the right to take the National Council Licensure Examination (NCLEX).

I was living on my own with a well-paid job as a salesperson at a Chevrolet dealership, but to make a good living I had to work more than 40 hours and sell eight cars a month. I soon noticed my grades falling.

This reality is pretty jarring for an undocumented Californian.

DACA was established by President Barack Obama’s 2012 executive order—it protects undocumented immigrants by giving them a work permit if they pay $495, pass a background check, and provide their biometric data. But President Trump has the power to end the DACA program. If he does so, as he promised during his campaign, young people who pay taxes, attend college, and own homes could be deported to countries they don’t really know. And America will be poorer; the Center for American Progress estimated that ending the program would reduce the U.S. Gross domestic product by $433 billion over the next decade.

The state legislature in Indiana is following Trump’s lead by putting more pressure on undocumented students. In 2017, two state bills were introduced in Indiana’s House and Senate that would prohibit state universities and colleges from adopting sanctuary policies to protect immigrant students. Another bill would prohibit educational institutions and agencies from acting to restrict federal immigration law in anyway. Failure to comply would make institutions ineligible to receive state funds.

As a student in Indiana, it’s hard to understand this failure to invest in undocumented students who want to get college degrees, and eventually master’s degrees.

I’m one such student, and I think I’ve had an impact. At Ivy Tech Valparaiso, I served as the Student Government Association (SGA) vice president. My responsibilities were to make our school campus inclusive for all students, engage students in campus life, and create a culture of civic engagement and cultural acceptance. To meet those goals, my cabinet and I created voter registration drives, took a field trip to the Art Institute of Chicago, connected students with the Campus President and Chancellor, and provided support to the Straight and Gay Alliance club. I filled this student government role while working 40 hours a week to pay for school, which was about $2,000 per semester, and keeping my GPA above 3.5.

In my last semester at Ivy Tech I was accepted to Valparaiso University, a private Lutheran school listed in the Forbes Top College list, with a $27,000 scholarship per year. This fall I will start my junior year, studying political science.

At my graduation in May from Ivy Tech Community College Valparaiso, Ivy Tech’s President Sue Ellspermann, who was Indiana’s lieutenant governor under Governor and now U.S. Vice President Mike Pence, said that the new economy will require workers with degrees. She added that today’s graduates still represent a minority of Hoosiers who have earned a degree, and that the states need more degree holders. As I walked the stage, I shook hands with Ellspermann, and made a point of telling her that to fulfill her mission of increasing the number of graduates and preparing Hoosiers for the future economy, the state needs to invest in undocumented students too.

Earning my Associate’s Degree is one of my proudest achievements.

The tale of my two states speaks volumes about values. California seeks to include everyone, and Indiana does not. In my short time here, I have heard a lot of conversations about Hoosier values, which are hard work, personal responsibility, and faith. So why doesn’t Indiana value undocumented Hoosiers who work hard, take responsibility for themselves, and pursue their dream with the faith that they will be respected and treated equally, someday, in the state where they have made their home?

Indiana doesn’t have to look overseas to know how to do this. They could go to California to see what sorts of policies are needed. Or they could ask me, and I would be sure to find some time between my full-time class and work schedules to explain how it’s done.