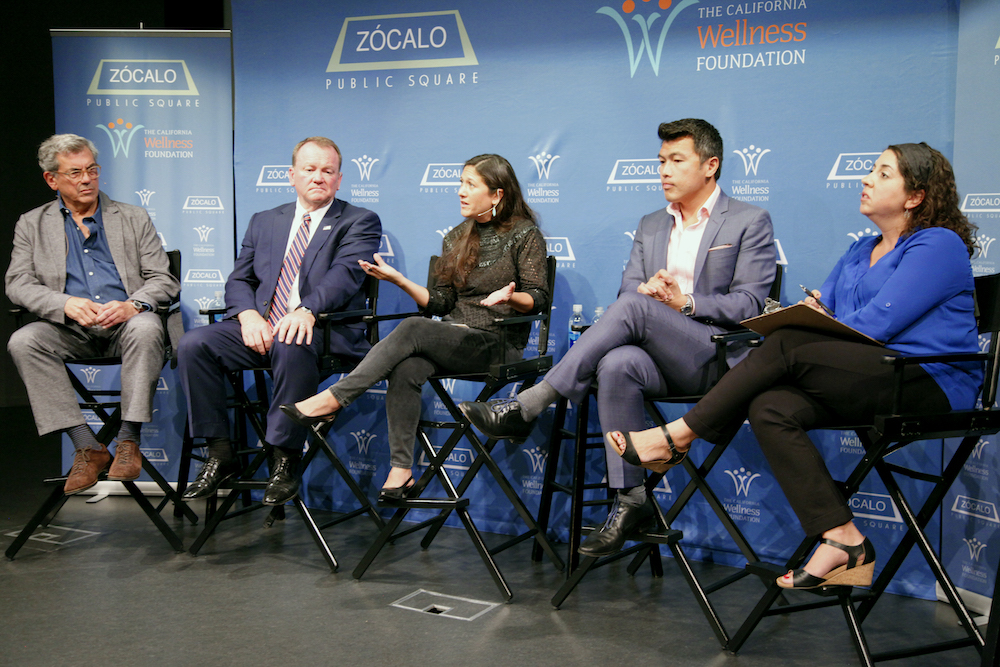 Even by the tumultuous measure of Donald Trump’s first months in the White House, none of the new president’s policies or rhetorical outbursts has been more bitterly divisive than his stand on immigration.

Trump’s travel ban targeting predominantly Muslim nations, his eagerness to deport undocumented immigrants who don’t have serious criminal records, his slurring of Mexican migrants as drug dealers and rapists, and his promise to build a southern border wall and somehow get Mexico to pay for it have provoked outraged reactions and strong resistance by immigrants, activists, law enforcement authorities, lawyers, and judges across many parts of the United States.

That reaction has been as intense in immigrant-rich Los Angeles as anywhere, and the strong emotions that Trump’s policies have triggered came into play intermittently at an August 9th Zócalo/The California Wellness Foundation event at the National Center for the Preservation of Democracy in Little Tokyo in downtown Los Angeles.

For much of the evening the dialogue rolled forward evenly, starting with Medina’s first question: “How has life changed in the Trump era?” Cheung, who was born in Hong Kong and migrated to Los Angeles through the government-sponsored “diversity lottery,” said that Trump’s polarizing words—as distinct from some of his attempted policies, which have been stalled in the courts—have aroused much of the anxiety afflicting immigrants.

But Cheung said that Trump’s immigration policies could cause a drop in foreign investment in Los Angeles County, which is home to many foreign-owned businesses that generate thousands of jobs and pump money into the local economy. The flow of 45 million tourists who annually visit the region also could begin to slow, he suggested.

Suro said the most “dramatic change” has resulted from the new administration’s willingness to target all undocumented immigrants for removal. President Obama, Carcamo noted at one point, also pursued an aggressive deportation policy; although his administration vowed to go after “felons, not families,” some studies indicate that that violent criminals constituted a minority of those deported during Obama’s presidency.

The Sheriff’s presence at the event attracted a contingent of protesters who were critical of McDonnell’s opposition to state Senate bill SB 54, the so-called “sanctuary state” bill that, among other things, would prevent local and state law enforcement agents from using their resources to assist federal immigrant authorities, notably the controversial Immigration and Customs Enforcement (ICE). Mayor Eric Garcetti, the L.A. City Council, and LAPD Chief Charlie Beck, in addition to its state legislative sponsors and many other California elected officials, all have expressed support for SB 54.

At the Little Tokyo event, the sheriff repeated his previous stance that, if his department refuses to cooperate in some instances with ICE, ICE agents will be more likely to send their agents into L.A. neighborhoods to track down undocumented immigrants, causing even greater disruption to communities and families.

“There is a rhetoric out there that the police is an arm of immigration” enforcement, McDonnell said at one point, adding that his department is trying to balance “public safety” with “public trust.” Passing SB 54, he said, would endanger that balance.

Some protesters stood and turned their backs on the sheriff when he spoke; others occasionally hissed and snapped their fingers. At one point, a group of the demonstrators unveiled a large sign in front of the panelists denouncing McDonnell and Trump.

The panelists said there have been other forms of fallout from Trump’s hardline tactics. Carcamo said she has interviewed people who are fearful of leaving the country because they feared they’d be hassled upon their return to the United States.

“There’s definitely a perception that people will get hassled,” said Carcamo. But she emphasized that immigrants—many of whom risked their lives to come to the United States—“are very resilient” and not easily daunted by the fire and fury emanating from 1600 Pennsylvania Avenue.

“It takes a certain kind of person to immigrate, usually someone who is very courageous. A lot of people I have spoken with see Trump as just another kind of obstacle,” Carcamo said.

Nevertheless, Suro said that some anecdotal evidence suggests that people’s daily lives are indeed being affected by what’s happening in Washington. There are reports that immigrants are shopping less, going out less, traveling less, he said.

“It’ll take quite a while to know for sure whether the popular reaction was something temporary or whether we’re talking about lasting changes in behavior,” Suro said. As far as Trump’s public statements, Suro added, “How much of it’s bluster, how much of it’s real—it’s hard to know what to take seriously.”

During the Q & A, one audience member asked the panelists what they envisioned the future will be like for L.A. immigrants. McDonnell suggested that he thought some of the hardline words urging deportation of undocumented immigrants won’t actually come to pass.

“When you look at the rhetoric that we’ve heard with the mass deportations, it’s not something that’s practical,” he said, “so I think we need to step back and see it as rhetoric.”

One of the evening’s biggest applause lines came from Suro, who said that, even if you believe that Trump’s immigration and other policies “present an existential threat” to our constitutional system, that system “leaves lots of space for state and local authorities” to push back against the feds—including in Los Angeles, where a large share of the undocumented population has been established for years, if not decades, Suro noted.

Some of the panelists—all of whom, as it happens, are either immigrants themselves or the first-generation children of immigrants—shared painful stories of their own experiences. Cheung said there’s a long history of racist discrimination against immigrants in Southern California, going back to the Chinese Exclusion Act of 1882. He said he was called racist names when he was young. At a Denny’s in the San Gabriel Valley, a waiter asked if he wanted chopsticks.

Cheung’s reply: “Yes, if you have them!”

Cheung later wrapped up the evening by professing hope that “we’re going to stay strong” in standing up to the excesses of the Trump era. 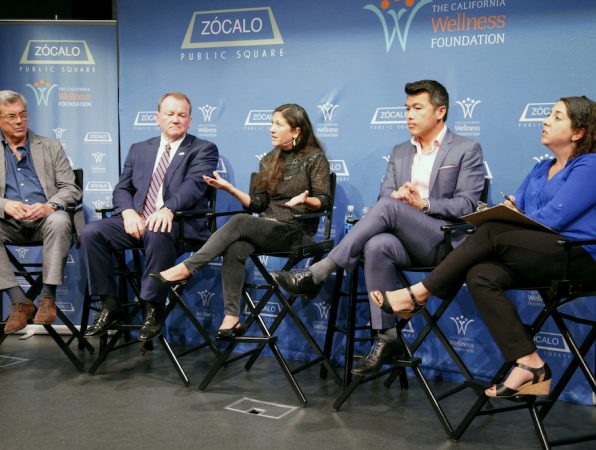 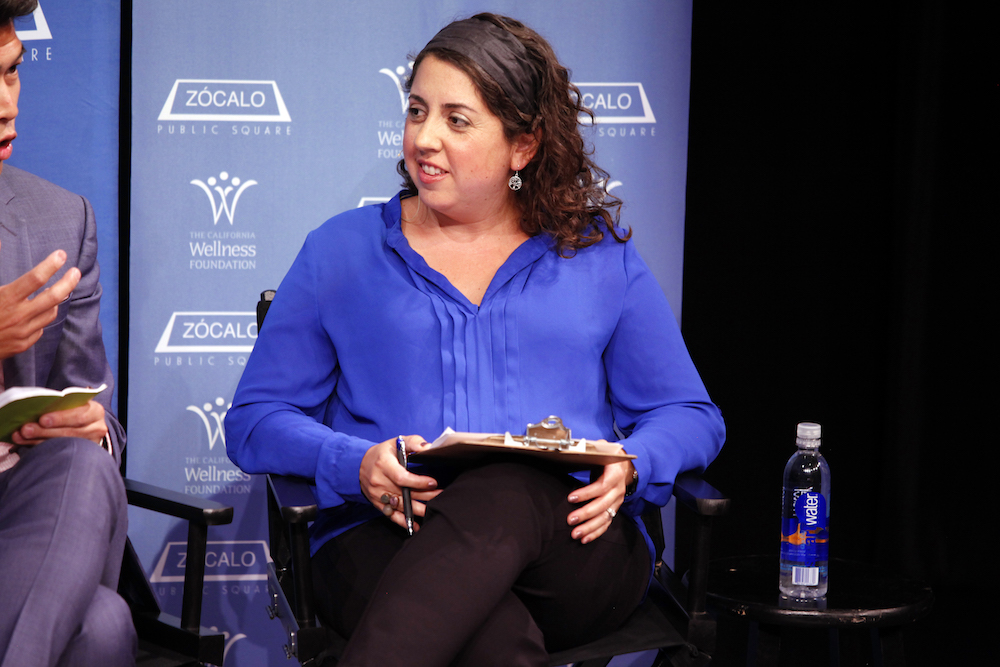 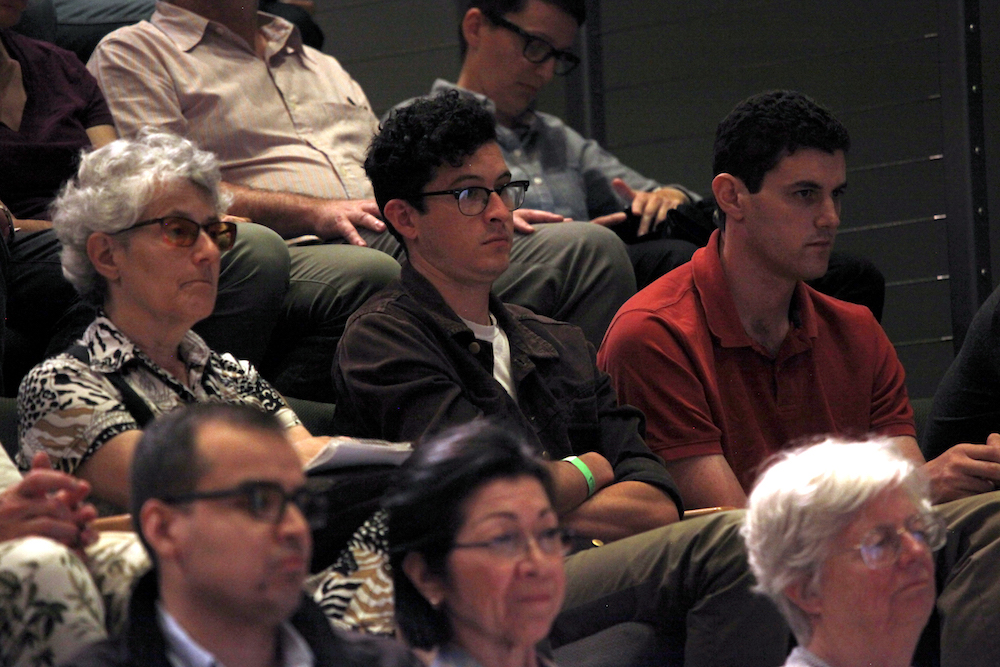 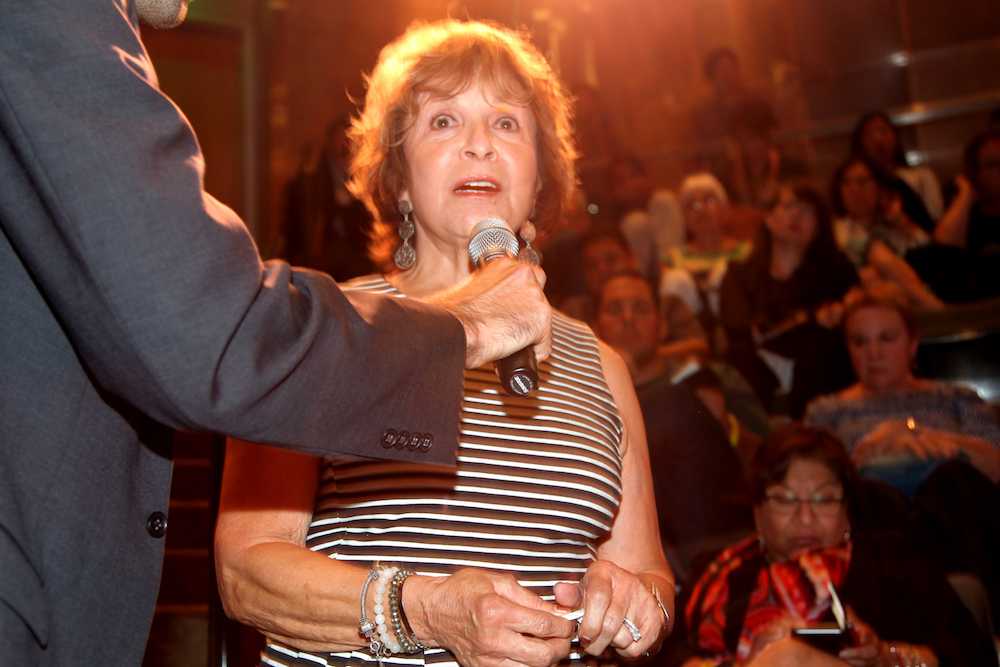 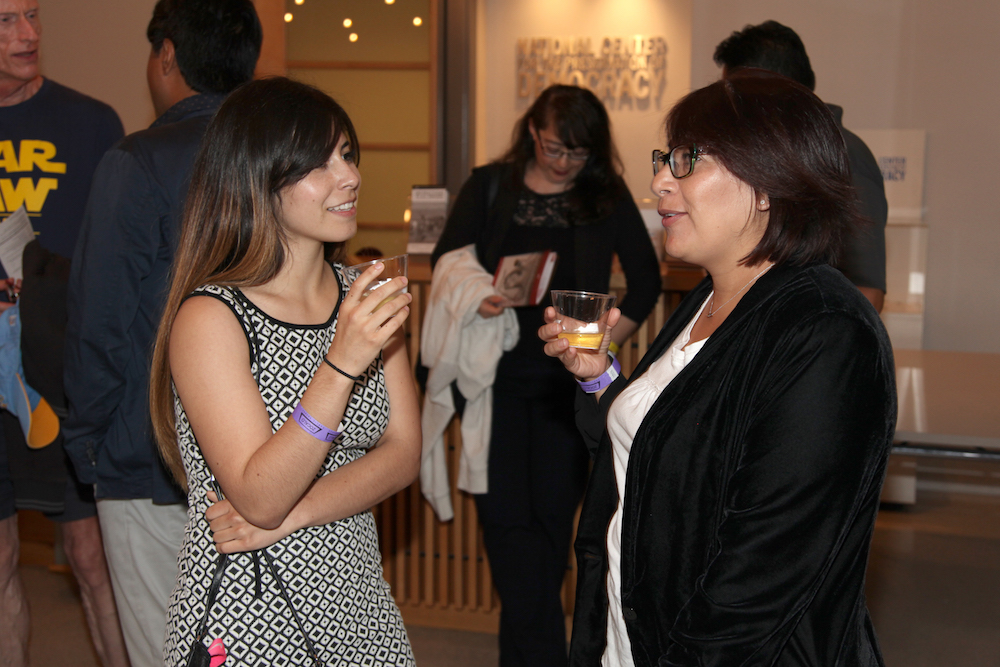 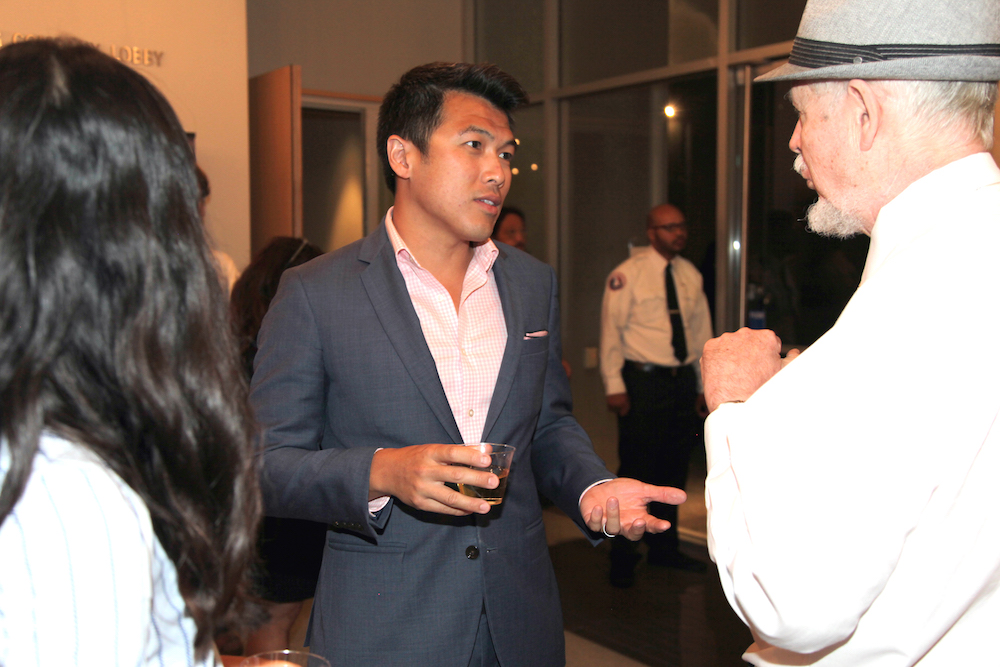