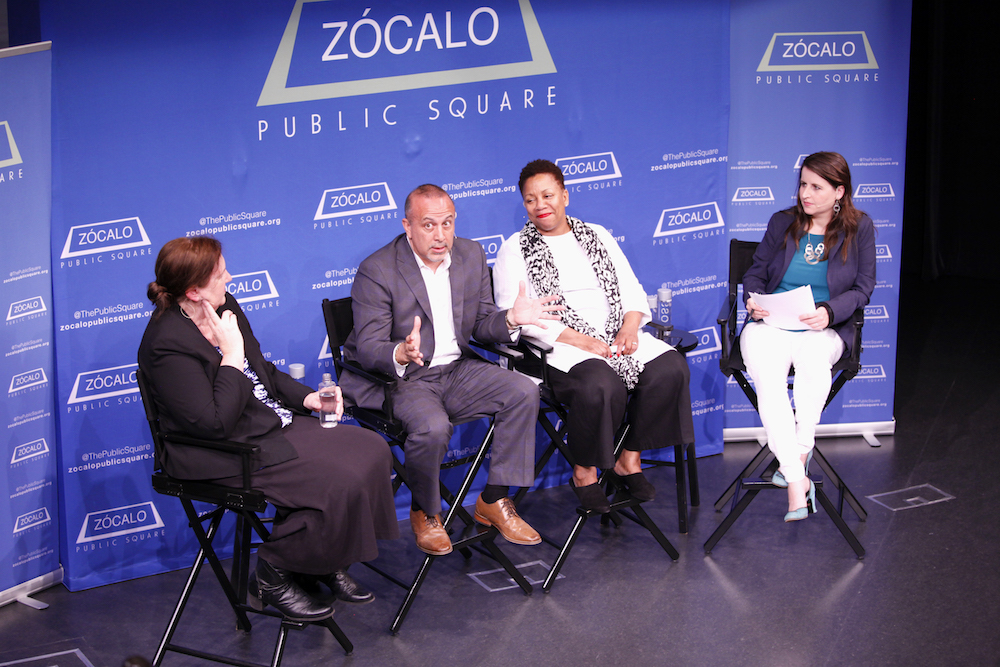 The bad news for Republicans is that their party is dead. The “good” news for the party of Abraham Lincoln, Ronald Reagan, William F. Buckley, and Donald Trump is that the Democratic Party also is dead—or maybe even deader.

That was the big takeaway from an August 10th Zócalo panel discussion at the National Center for the Preservation of Democracy in downtown L.A.’s Little Tokyo district. Titled “Is the Republican Party Dead?” the conversation amounted to a kind of autopsy not only of the GOP, but also of the American two-party system as a whole.

“I think you’re seeing the lug nuts come off and the wheels are starting to rattle,” said panelist Mike Madrid, a political consultant at the Sacramento-based public affairs firm GrassrootsLab, who previously served as the political director for the California Republican Party.

Madrid’s dire assessment of the donkey-elephant dyad that has dominated American politics since the Civil War was largely shared by his fellow panelists: Cassandra Pye, a public affairs strategist who was the deputy chief of staff to former California Governor Arnold Schwarzenegger; and Leslie Graves, publisher of Ballotpedia, the Encyclopedia of American Politics.

If American voters are united in anything these days, it’s in their bipartisan contempt for both major parties, along with most major institutions, the panelists suggested. For many voters, as for many politicians and their cheerleaders in the increasingly partisan and echo-chambered mass media, winning simply means that the other team loses, as if politics had no higher stakes—and no more broadly shared idea of a greater public good—than a Giants-Dodgers double-header.

“You could say the [Republican] party is in the most trouble—except for the other one,” Graves said.

When moderator Christina Bellantoni, assistant managing editor, politics, at the Los Angeles Times, asked the panelists how they would sum up what the Republican Party stands for to space aliens landing on Earth, Graves responded: “It’s that they’re not Democrats.”

Bellantoni was the first to mention Donald Trump, and the discussion turned to the furiously anti-establishment, drain-the-swamp sales pitches that won him the White House. The panelists agreed that the anger that propelled Trump to the presidency went deeper than mere disgust with Washington’s legislative dysfunction. The nation is suffering from a deeper malaise, the panelists said, because many Americans feel that the political system has failed them, and that neither of the two major parties is going to be able to solve the problems of stagnant wages, rising homelessness, and other challenges that voters experience in their daily lives.

While the media obsesses over “culture war” issues, voters are preoccupied with what Pye called “real-people stuff”—the fear of not being able to attain better lives than their parents, for example, and the lingering ripple effects of the Great Recession.

“We’re at a time when both parties are dealing with very serious cleavages in their base,” Madrid said. “The populist dynamic that is driving both parties is really across the spectrum.” For the Republicans, those fissures resulted in the multi-candidate “clown car” of the 2016 Republican Party primary season, Madrid said.

If the national picture for both major parties is jumbled and increasingly bleak, the picture for Republicans in California at the state, local, and federal level is as poor as it is for Democrats across large swathes of the Deep South and the Great Plains.

“One has got the impression that there is at least a nail or two in the coffin in California” of the Republican Party, Pye said. For a California Republican to have a viable chance of winning a statewide office, she added, “It’ll take a great candidate, it’ll take a lot of cash, it’ll take some good timing, and a little bit of luck.”

But Madrid said that recent low turnout in California shows that, although many voters know they really dislike the Republicans, they’re not strongly motivated to show up at the polls to back Democrats.

And Graves pointed out that, although it’s conventional wisdom that voters are clamoring for change, congressional incumbents keep getting re-elected in droves, and have huge advantages over first-time challengers.

In that same vein of reasoning, Graves questioned the idea that Trump is going to drag down California’s seven most vulnerable Republican Congress members, who’ve been targeted by Democrats for 2018. After all, she pointed out, those Republicans did manage to win in 2016 with Trump at the top of the ticket, even in congressional districts that went for Hillary Clinton.

Madrid said that when he first became active in politics, the Republicans were the party of rich old white people. “That party is now the Democratic Party,” Madrid said. “The Republican Party is now the party of poor white people,” who now regard themselves as an oppressed minority in need of protection. But while economic issues remain paramount, appealing to racial hatred is not a good—or effective—strategy for the GOP, panelists agreed. Pye said she thinks that one reason Trump’s approval rating is so low is that he repeatedly has flirted with white nationalists.

When the evening opened up to the audience Q & A, a Green Party supporter asked why there isn’t more discussion about backing measures that would dismantle the “winner-take-all” system that favors the major parties and stifles third-party alternatives. Graves said proposals for such measures may get onto a few state ballots next year, but such a serious shake-up to the status quo won’t happen overnight.

Another audience member asked how the major parties could be restored, and kept from being hijacked by the extremes of right and left.

“I think the first thing we have to acknowledge is that the system doesn’t work for a rapidly growing segment of our society,” Madrid replied. It was a disquieting conclusion to an evening that offered little cause for optimism for Republicans—or their main rivals. 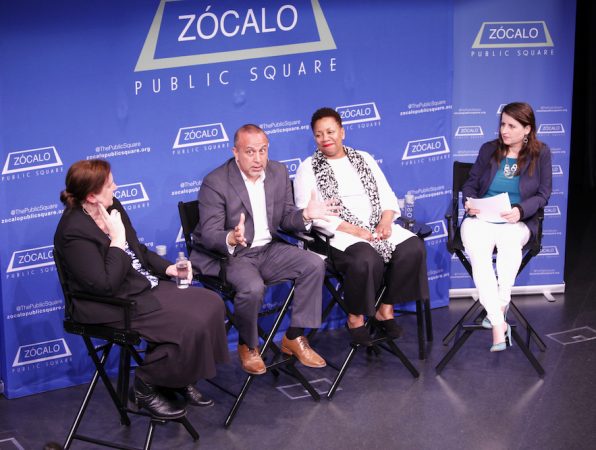 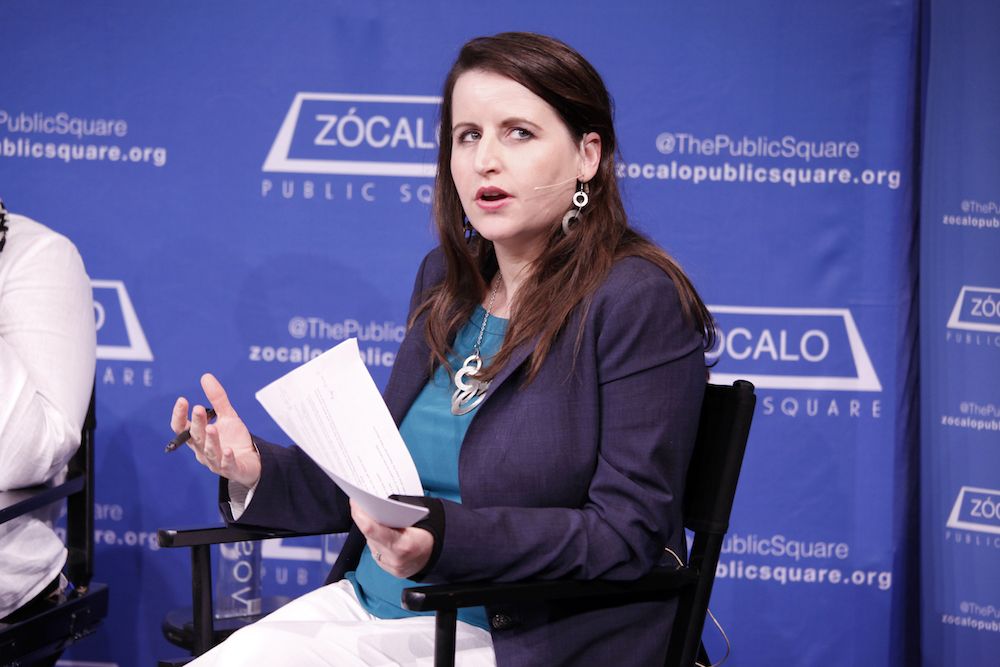 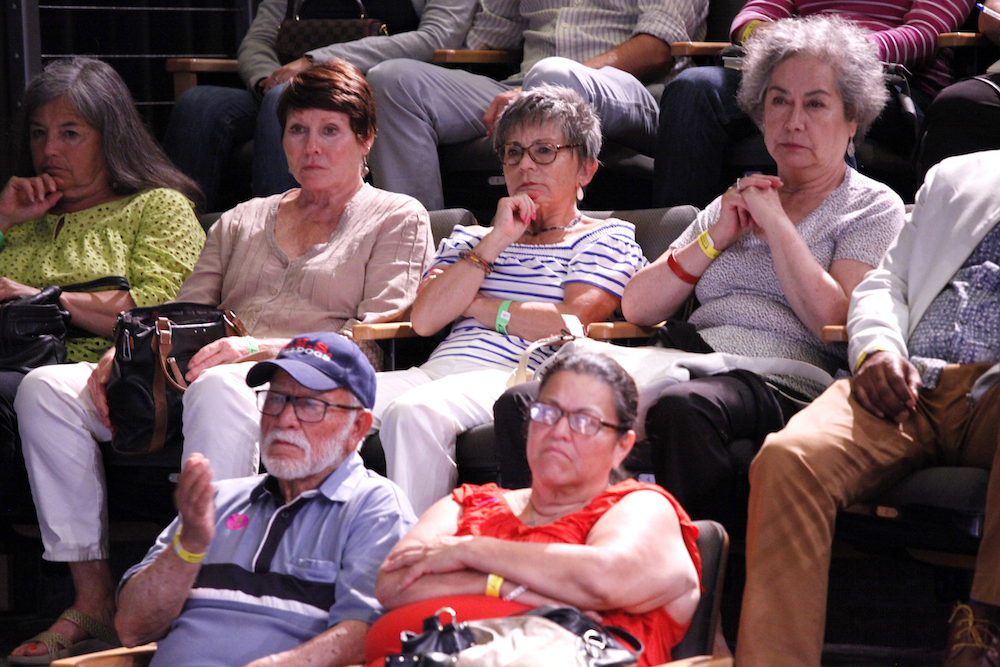 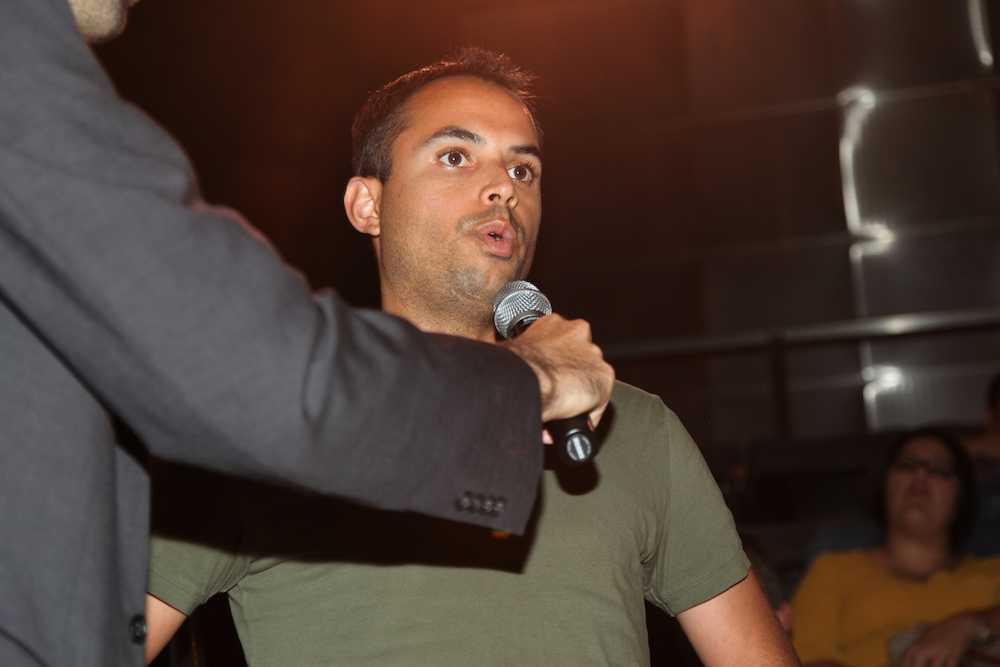 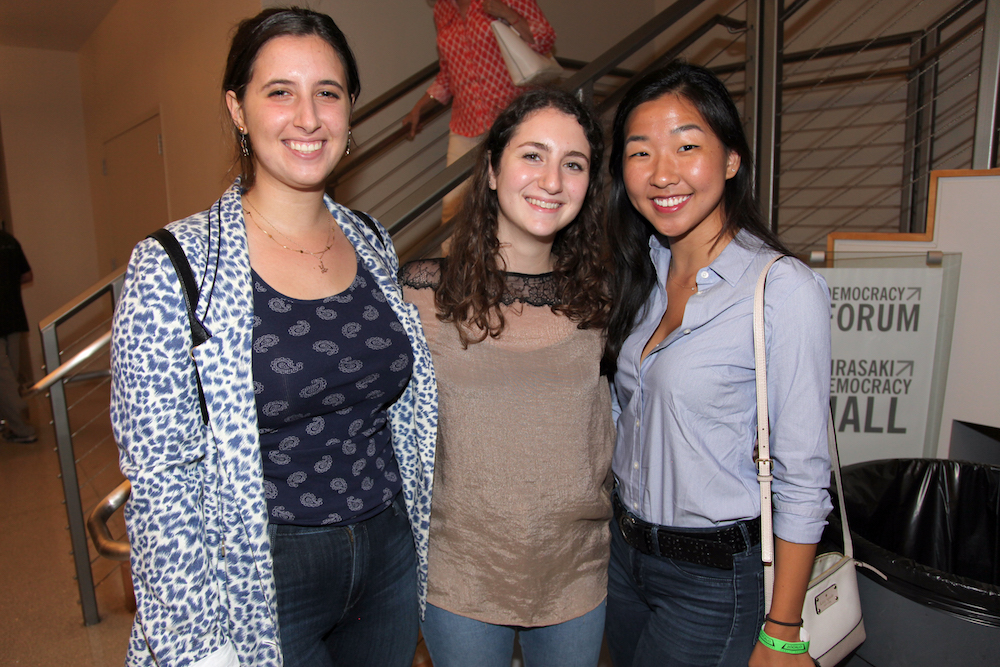 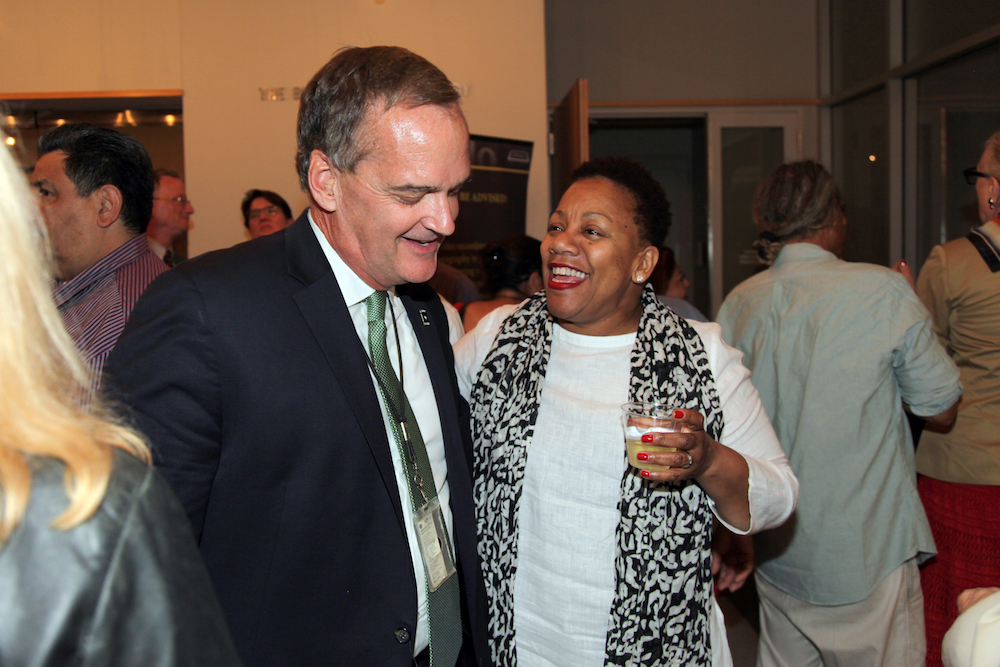 Cassandra Pye, public affairs strategist and founder of 3.14 Communication, speaks with guests at the reception.