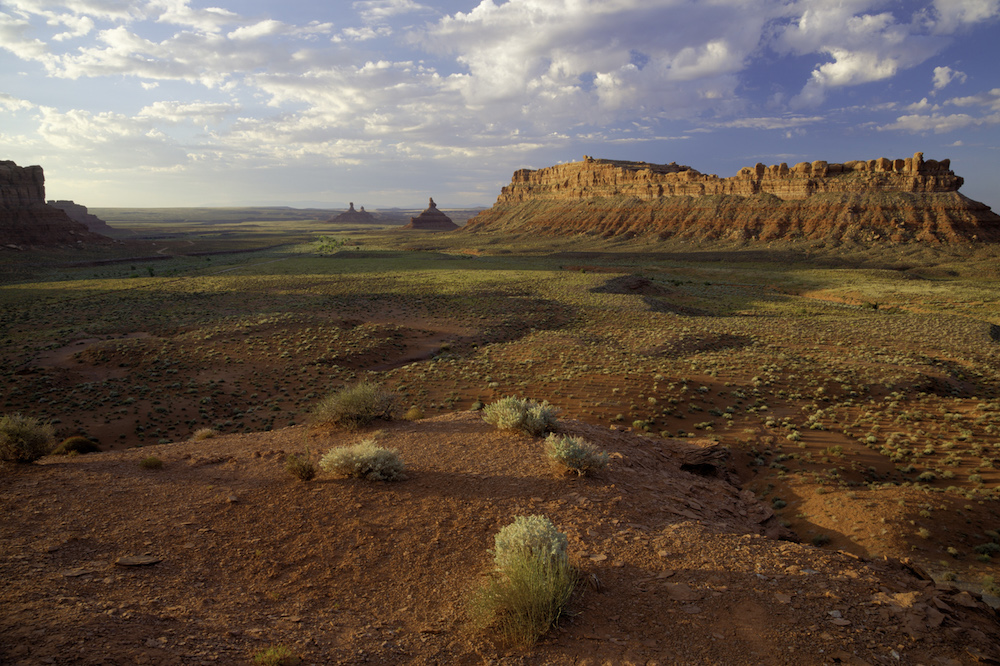 Your Land, My Land: Valley of the Gods, part of the 1.35 million-acre Bears Ears National Monument in southeastern Utah. Photo courtesy of the Bureau of Land Management/Flickr.

The United States has an extensive system of amazing parks. From the Shenandoah National Park, close to where I grew up, to Sequoia National Park, where I am a trustee for Lost Soldier’s Cave, our national parks connect Americans to our remarkable landscapes and wilderness areas.

I have annual passes to both the U.S. and the California Parks and Recreational Areas. So when someone asks what we need in terms of parks, my visceral answer is always: More! But others view the National Monument and National Park systems differently. Right now, the Trump administration is re-evaluating them with an eye towards shrinking some and opening up others to mining and development.

The economist in me wants to ask: What are the trade-offs of making such changes in our parks? And how are such changes valued?

Let’s start by acknowledging there is always a trade-off between economic activity and the environment. Everything we do—from sheltering and feeding ourselves, to going to movies and ballgames—changes the natural environment around us. And this is not new. Pre-Columbian hunter-gatherers altered the environment as they burned Great Plains grasses in their quest for buffalo burgers.

What are the costs of such alteration? For a long time, planners have sought to ascertain the value of urban open space. A recent study by Harvard lecturer Linda Bilmes and Colorado State University professor John Loomis tried to estimate the value of the National Park Service system. It is a big number, $92 billion. But even then, they admit that many aspects of the park system are undervalued because putting any price on them would be speculative at best.

Among these difficult-to-price aspects are the health and psychological benefits to those who use the parks—and to those who don’t use the parks, but who benefit from changed behavior by those who do. Their analysis also does not consider the opportunity cost of the parks—in other words the money that might be made were they not parks, but privatized for housing, mining, logging, or commercialized recreation.

The Trump administration’s current evaluation is focused on those parks that are designated as National Monuments under the Antiquities Act of 1906. While there are huge challenges in conducting a cost-benefit analysis of the National Monuments, it is still a worthwhile exercise to think about the values that can be pinned down.

Let’s begin with an easy example. The Statue of Liberty is a National Monument. It sits in New York Harbor on Liberty Island, prime real estate. In 2016 there were over 4.5 million visitors. They paid about $27 each to visit, which includes the boat ride to and from, and admission tickets to all or part of the monument. If we compare this to Manhattan skyscrapers that have an average age of over 60 years, then over the same amount of time visitors will have spent more than $7 billion at the monument.

Again, we don’t count those who benefit because others have been inspired by their visit to the Statue of Liberty, nor the value of connecting us to our heritage. It is undeniable that these are significant. 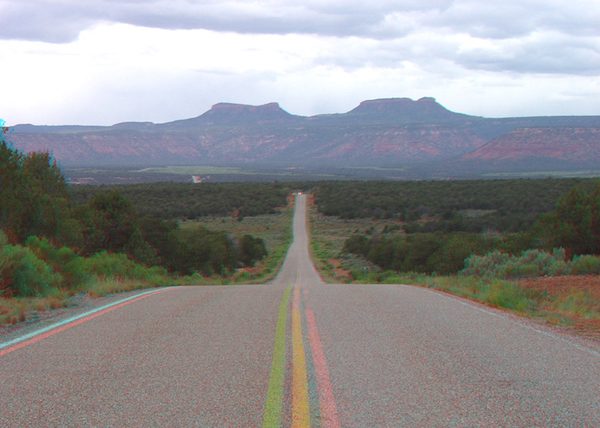 On the road to Bears Ears. Photo courtesy of Wikimedia Commons.

An alternative to the statue would be a skyscraper. The island would be prime real estate for building exclusive condos with views of the city and the harbor. The value would be diminished by the fact that domestic and maintenance workers would have to be paid more to get over to the island, and that access to the city would require a boat ride. So perhaps the comparable development is the Kushner family’s 666 Fifth Avenue office tower, another prime property.

The Kushners paid $1.8 billion for it, and The New York Times reports that they expect to spend $3.3 billion to renovate it. When you add this up—$5.1 billion—it is clear that the Statue of Liberty Monument (with a value of $7 billion-plus) is worth more than the alternative condo skyscraper occupying the same land.

And this is just the pure economic cost-benefit analysis. It leaves out the non-pecuniary value of being inspired by Lady Liberty, of connecting us to our heritage, and of reminding Americans that we were all once immigrants yearning to breathe free.

So it’s clear why no one, as far as I know, is contemplating selling or leasing parts or all of Liberty Island. But what about Bears Ears National Monument, the first target of Interior Secretary Ryan Zinke’s effort to shrink national monuments and open them up for development?

I’m betting that, at least until recently, you never had heard of it. Bears Ears is in a remote part of southern Utah.

But as an example, Bears Ears is instructive—and the economics are a bit more complicated. First of all, Bears Ears, like many monuments, is free to visit. So we don’t have admissions revenue to look at. Plus, the remoteness of the park means it will not have the same level of visitor traffic as the Statue of Liberty National Monument. Of course, luxury condos are not an alternative in such a remote place. But you can make the case that mining is an alternative use.

Now let’s consider the full value of Bears Ears. It spans an area with a fossil record from the age of the dinosaurs, one of the most complete records we have. The value in studying this record is that we may obtain a better understanding of the fossils from this time spanning the Triassic and Jurassic periods. Also, Bears Ears is home to more than 1,000 archeological sites dating from when early Native Americans lived in the area. This civilization vanished and new knowledge on how climactic changes seemed to have decimated their civilization is going to be useful for our grandchildren (or maybe even ourselves). The monument also has other values—to the visitors who make the trek there, and to Native Americans who still live in the area and have a spiritual and heritage connection to many parts of it.

What are we giving up by protecting this potentially useful historical, cultural, and scientific research site? Uranium. The Daneros Mine in Red Canyon is an existing uranium mining operation in the Bears Ears area that was purposely left out of the monument. But the monument effectively prevents further exploration and mining inside its boundary.

Here is the context. Uranium prices have been falling since they peaked in 2007, and economics teaches us that this happens when demand falls or supply increases. So if other parts of Bears Ears were not great places to mine before the monument was declared, they certainly are not now.

The Statue of Liberty is a National Monument. It sits in New York Harbor on Liberty Island, prime real estate. In 2016 there were over 4.5 million visitors.

The counter to that point is: Uranium prices may change someday. How and when is hard to predict. But uranium ore is important, and could be critically important to our national security. Still, this is unlikely. The U.S. demand for uranium is not likely to increase anytime soon, as reactors like San Onofre in California close and other reactors—such as two to be built in Jenkinsville, South Carolina—are abandoned in mid-construction. Indeed, there is so little demand that most of the uranium now mined from southwest Utah is exported.

In such a case, where we are dealing with “might-be’s” instead of quantifiable benefits, we can turn to optimal decision theory to help us make wiser choices.

In other words, if we don’t need to make a decision, the optimal action is to make contingency plans for the time when a decision must be made.

A secondary argument for opening Bears Ears to mining is that it takes time to open a mine and begin ore production. So if we need uranium for national security, we could be behind the production power curve. The answer to this is quite easy. If quick access to uranium is valuable, then instead of exporting it from the Daneros Mine to South Korea, the federal government should purchase and stockpile it. The reason why this is superior is that uranium seams play out, and if they are opened today they still might not be available when a national crisis requires them. Thus the uncertainty of the need for the strategic ore drives the decision to preserve Bears Ears.

There is also the issue of jobs. According to the Salt Lake Tribune, this amounts to less than 40 jobs. In an economy of 147 million jobs in the United States and 1.5 million in Utah, this is no more than spit in the ocean. So the strategic metal arguments are the ones to consider seriously, and they point to no economic alternatives superior to doing nothing with Bears Ears at the moment.

My guess is that other National Monuments would end up with a similar cost/benefit calculus. There may be legitimate arguments about future needs, either by those who will benefit from maintaining the park in perpetuity, or by those who see a national interest in exploiting resources from the park at some point in time. But the absolute wrong economic decision would be to change a “might-be” to a “must,” thereby creating a cost in the loss of the park.

That brings me back to my personal interests in parks and monuments. Of course, I don’t want to see even one-tenth of one acre given over to mining or development. But the point that should drive decision-making is not personal preference, but analysis of costs and benefits to society as a whole. And it’s clear that careful study and a willingness to admit what we don’t know can lead to a better solution for such places than short-term changes in policy to satisfy exploitation interests.

And if we don’t take care to respect the analysis, you might find yourself booking a tour of the unique architecture of Liberty Island Condos in the middle of Upper New York Bay some day.