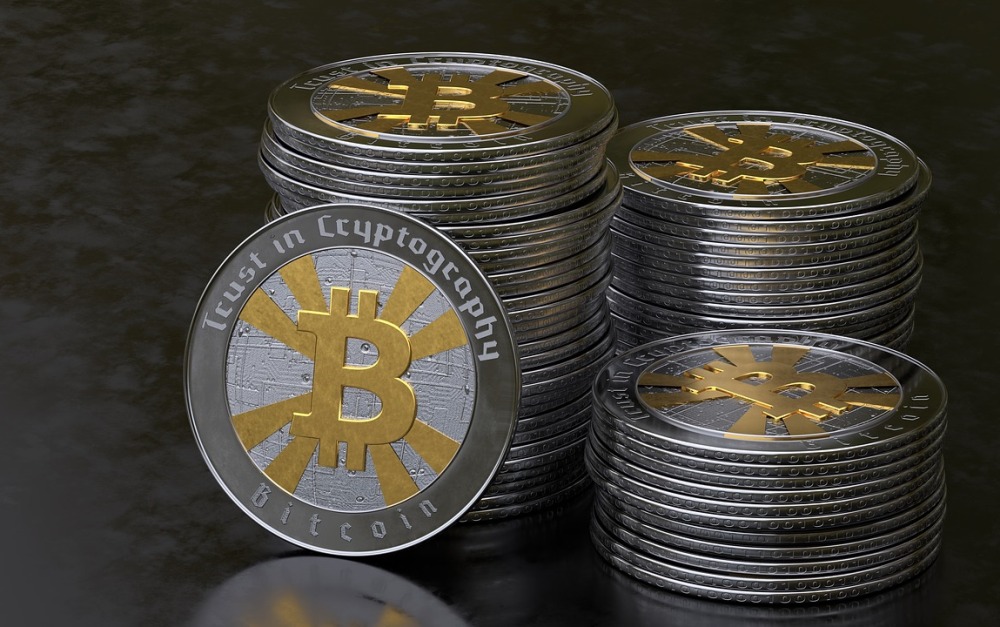 Fool’s gold? Bitcoin styles itself as a convenient and efficient alternative to standard currencies, but it’s loaded with risks and hidden costs. Image courtesy of Pixabay.

This waste is energy. The media organization Diginomics estimates that the energy consumption to fuel bitcoin is equivalent to the consumption of just under 2 million average U.S. households. Add in the energy for other digital currencies like Ethereum, then figure in the resulting environmental pollution, and it’s clear that such currencies have great social costs.

For clarity, let me keep the discussion here to bitcoin, which consists of two separate pieces. The first is a mathematical hashing algorithm, which drives its mining feature; the second is a storage feature, called the “blockchain.” Although the blockchain is not particularly efficient, either, it is the mining that is the disaster.

Mining is what creates bitcoins in the first place. It is the running of a computer algorithm to solve a mathematical problem. Mining consumes about 18 TWh of electricity costing about $1 billion a year (plus more for hardware costs). This is less than the estimated $3 billion in value of all bitcoin (though the value changes every day), so market forces have been pushing more investment into bitcoin mining—in economics-speak, entry is profitable until the marginal cost equals the marginal revenue.

For the record, mining has absolutely nothing to do with making the currency secure. No, the purpose of mining is perverse: to solve a problem whose only purpose is that it is increasingly difficult to solve. If it were easy to solve, everyone could manufacture bitcoins aplenty. It is the difficulty that effectively creates bitcoin’s scarcity, and the expectation of even more difficulty and future scarcity has attracted speculators.

Why does scarcity matter? Anything that exists in unlimited amounts cannot be worth very much. Sand is not worth a lot in California. There is too much of it. But the reverse is not the case. Scarcity in itself is not enough. For example, my left thumb print is scarce, but it has no intrinsic real value. 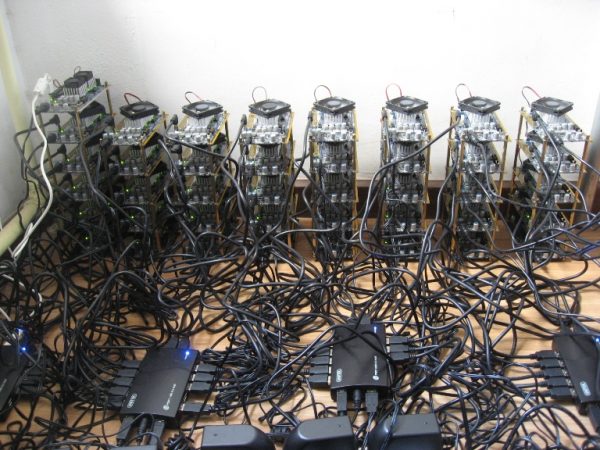 Bitcoins are scarce, but they have no intrinsic value. When one pulls back the curtain, the bitcoin hashing problem really has only its one nefarious purpose: It exists to provide the mystery of complex mathematics to confuse and help hide the true benefits of the hashing solutions (i.e., the bitcoins), which is zero. An important part of the deception is that mining is mathematically guaranteed to become ever more expensive, as it gets harder to mine new bitcoins. That difficulty creates the false impression that today’s value is a bargain compared to what it will be in the future. Bitcoins are the ultimate Ponzi scheme.

But aren’t there some real uses of bitcoins? Proponents of digital currencies often argue that bitcoins make transactions more efficient and thereby create value. But even if you believe that, bitcoin has much higher costs than better alternatives. We already have plenty of good currencies and near-currencies (such as credit) that can play transaction-cost reducing roles. And, unlike official currencies like the U.S. dollar, which is ultimately backed not only by legal tender rules but also by its ability to pay taxes, bitcoin has no fallback uses.

Today’s prime use of bitcoin, other than for naive speculation, seems to be black- and gray-market transactions. Using bitcoin is especially attractive in countries like China and India that have imposed currency controls that individuals want to circumvent. A Chinese local can purchase bitcoins on the local market, move them anonymously to the United States, and convert them back into dollars (or store them). It can be argued whether the ability to avoid currency controls creates social value (or not). But it’s clear that such transactional anonymity is not particularly useful to most legal transactions. Bitcoin also brings risks. Standard channels of payment afford some safety against anonymous hacks. Banks offer some protection. Bitcoin does not.

Eventually, authorities will crack down on the illegal channels of currency controls with bitcoin, and the value of bitcoin will fall. Speculators and miners will then further drive down the value, and the bubble will collapse. The last ones in the game of musical chairs will have nothing.

So I have a proposal that solves both the inefficient (nay, stupid and useless) creation of scarcity through mining, as well as the lack of a connection of bitcoin value with reality.

Rather than destroying electricity in order to hide the nefarious schemes of the bitcoin hustle, we should design a new kind of electronic currency that works almost like bitcoin but without the mining algorithm. A designated entry-exit server could hand out unique and verifiable “bittokens,” instead of wasting electricity.

The purpose of mining is perverse: to solve a problem whose only purpose is that it is increasingly difficult to solve.

Creating these bittokens would cost about 3 cents, batteries included. But, because the bittoken should be worth $3,000 (like bitcoin), we could sell them for $2,999.99 and put the remaining $2,999.96 into a trust account.

Like bitcoin, we guarantee that new bittokens can be purchased at the same and ever-increasing price as it costs to mine bitcoin. Unfortunately, we cannot guarantee that our bittokens can be sold for the same price as bitcoin on the open market (which we cannot control). Who knows, the original bitcoin may go even crazier for a while longer, with a price of $1 million (or drop to $0).

This is not all bad. On the open market, bittokens may sell for more or less than bitcoins. But bittoken can guarantee something important that bitcoin cannot: we can guarantee that the bittoken can always be redeemed for its original purchase price. The original bittoken buyer cannot lose!

Of course, there is a risk. There is one unique entry and exit site that administers and verifies new bittokens, manages the real dollar trust fund, and honors all redemption requests. If the trust fund were to go bust, so would the bittoken redemption guarantee. But this risk is trivial when compared to bitcoin’s guarantee of nada at exit.

Any transactional efficiencies of bitcoin would apply to bittokens, too. Society would be better off. By not wasting electricity and using the money to make productive investments, the trust can produce social goods—creating jobs, fighting disease, building infrastructure, or encouraging energy efficiency.

And, best of all, JP Morgan could do it tomorrow and make a fortune!