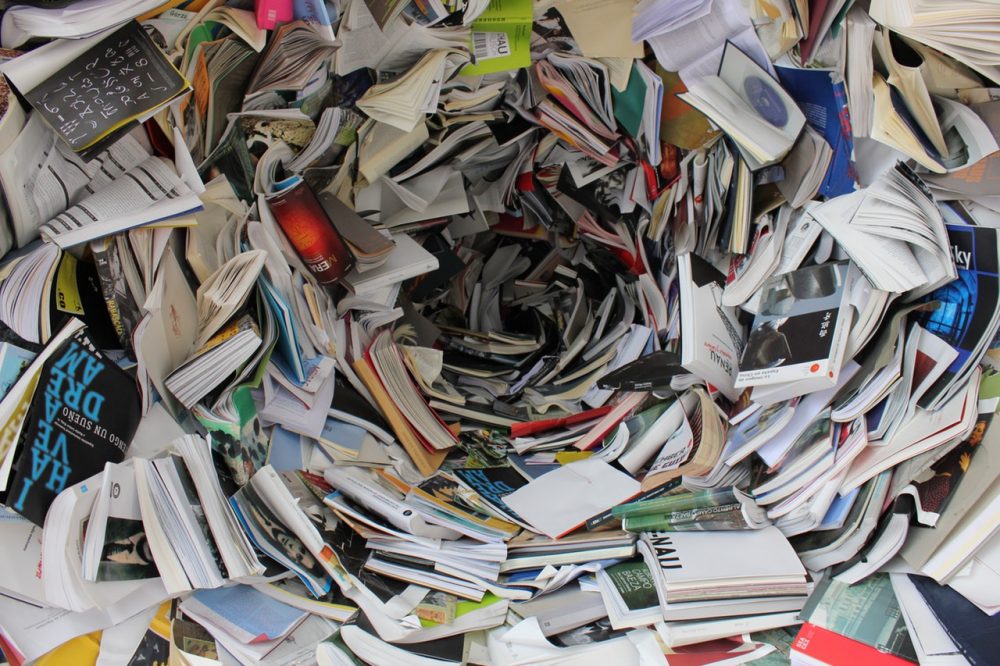 If 2017 was the year the world stopped making sense to you, Zócalo’s 10 favorite nonfiction books of this new era are exactly what you need. They all, in some way, make sense of phenomena, past and present, that intrigue and confuse us. What is it we love about ghost stories? Where did life come from? Who is Barack Obama, really? Why are Trump supporters so angry? How did Cheech get his nickname? Find the answers to these big questions, and more, in the 10 books we love—by Zócalo contributors and other big thinkers from around the world.

Susan Owens’ The Ghost: A Cultural History strives to explain why we keep seeing ghosts and what the ghost stories we tell reveal about us. Owens, an art historian who was formerly a curator at London’s Victoria and Albert Museum, focuses on British art and culture—but the variety of ghosts she explores is anything but narrow, including ghosts in visual art, literature, movies, and more, depicted by artists from Shakespeare and William Blake to Hilary Mantel and Sarah Waters. Three hundred years ago, Samuel Johnson acknowledged that the existence of ghosts had yet to be proved: “All argument is against it; but all belief is for it.” So why are people still watching Ghost Hunters? Owens has more than a few ideas.

Andrea Pitzer’s One Long Night: A Global History of Concentration Camps begins in the 1890s, when the Spanish set up the first concentration camps in Cuba to quell a guerrilla insurgency. Its harrowing journey continues in the Philippines, where the United States created similar camps in the early 1900s; the British concentration camps in South Africa during the Boer War; the gulags of Soviet Russia; the Nazi death camps; Mao Zedong’s camps across rural China; and on to the 21st-century concentration camps in Myanmar and, argues Pitzer, Guantanamo Bay. For 100 years, there has been a concentration camp somewhere in the world. Pitzer, a journalist and the author of The Secret History of Vladimir Nabokov, draws on human stories from survivors as well as guards to show us how the unimaginable has become ubiquitous.

J. Scott Turner’s Purpose and Desire: What Makes Something “Alive” and Why Modern Darwinism Has Failed to Explain It is guaranteed to delight contrarians and the curious. Turner, a biologist and physiologist, proposes that by centering all our studies of life around modern evolutionary theory, we’re missing a great deal. Why can’t Darwinism explain the origins of life? Turner argues that what distinguishes life is striving, and that adaptive striving is one of the drivers of evolution. In putting forth his ideas about evolution, he also makes a compelling argument about the relationship between culture and science—and the danger in pretending that science exists in a vacuum.

Pankaj Mishra’s Age of Anger: A History of the Present couldn’t be more topical or timely, yet its exploration of the great rage of the 21st century and what it has wrought (terrorism, authoritarianism, populism) is rooted in the past. Indian essayist and novelist Mishra (who was inspired to write the book after his home country elected Hindu nationalists in 2014) locates the roots of today’s angry young men in the European Enlightenment. Those who were left behind by the prosperity and intellectual foment of that era became alienated and violent; Europe was rocked by years of revolution and revolt. In our age of abundance, there are many have-nots—and there are many demagogues eager to exploit them. Mishra’s sobering text shows how we got here.

Cheech Marin’s Cheech Is Not My Real Name … But Don’t Call Me Chong! is a trip of a memoir: a journey inside the head of a comedic icon who captured the zeitgeist of the 1970s along with his partner, Tommy Chong, and went on to become a seasoned solo entertainer and collector of Chicano art. The son of an LAPD officer, Cheech grew up in South L.A. and ended up in Canada dodging the draft, where he met Chong. This memoir offers a glimpse into their creative process, how they achieved success, and (circumspectly) why they broke up. It also tells the tale of Marin’s post-Cheech and Chong successes. It’s just as much fun as you’d think it would be.

Historian David J. Garrow’s Rising Star: The Making of Barack Obama is an epic, checking in at nearly 1,500 pages and based on more than 1000 interviews, including with the former president himself. Like Garrow’s Pulitzer Prize-winning biography of Martin Luther King, Jr., Rising Star finds the man behind the legend. President Obama is not the saint we hoped for, and this isn’t the book to go to if you want to envelop yourself in nostalgia for eight blissful years of hope and change. The Obama you find here is much more complicated than even he makes himself out to be in his well-regarded memoirs, much more flawed than the hero in the Oval Office, and much more interesting than you thought he could be.

Michael Hurd’s Thursday Night Lights: The Story of Black High School Football in Texas reveals a largely unknown piece of sports history that is just as enthralling as (and maybe even more important than) H.G. Bissinger’s Friday Night Lights and the fictional counterparts it has spawned. In Texas, until the end of the 1960s, white high school football teams played on Fridays, while black high school football teams played on Wednesdays and Thursdays. Hurd, a Houston native and former sportswriter who is now the director of Prairie View A&M University’s Texas Institute for the Preservation of History and Culture, shares the story of the creation of the Prairie View Interscholastic League where these teams played, the years when it flourished, and what happened after integration. It’s a celebration as well as a reminder of how quickly your history can get erased if you’re not the one writing it.

Laura Spinney’s Pale Rider: The Spanish Flu of 1918 and How It Changed the World is scarier than science fiction. The Spanish flu pandemic of 1918-1920 (which probably began in Kansas) killed more people than World Wars I and II combined, striking not just the elderly and infirm but healthy adults, who died brutally in a matter of days or hours as their lungs filled with fluid. Spinney, a science journalist, traces the path of the disease (which decimated communities from Alaska to India), the political and medical responses to its spread, and the scientific fight to stop it (which continues today). You’ll want to get your flu shot after reading this book; you’ll also understand that the speed at which the flu evolves can make the vaccine ineffective.

Elizabeth Cobbs’s The Hello Girls: America’s First Women Soldiers tells the story of the forgotten women who helped win World War I: American switchboard operators. Historian Cobbs draws on diary entries to bring these courageous and nimble female soldiers to life. The “Hello Girls” helped the underprepared Americans win the war and paved the way for women’s suffrage. Yet they were left out of history, and the military denied them veteran status for 60 years. Hello Girls is the book they deserve.

Martin Puchner’s The Written Word: The Power of Stories to Shape People, History, Civilization unpacks 4,000 years of world literature via 16 foundational texts that helped create the world we live (and read) in today. Puchner, a literary scholar, isn’t making an argument that’s new to bookworms, but he shares the stories behind the stories and the change they created with verve and affection.