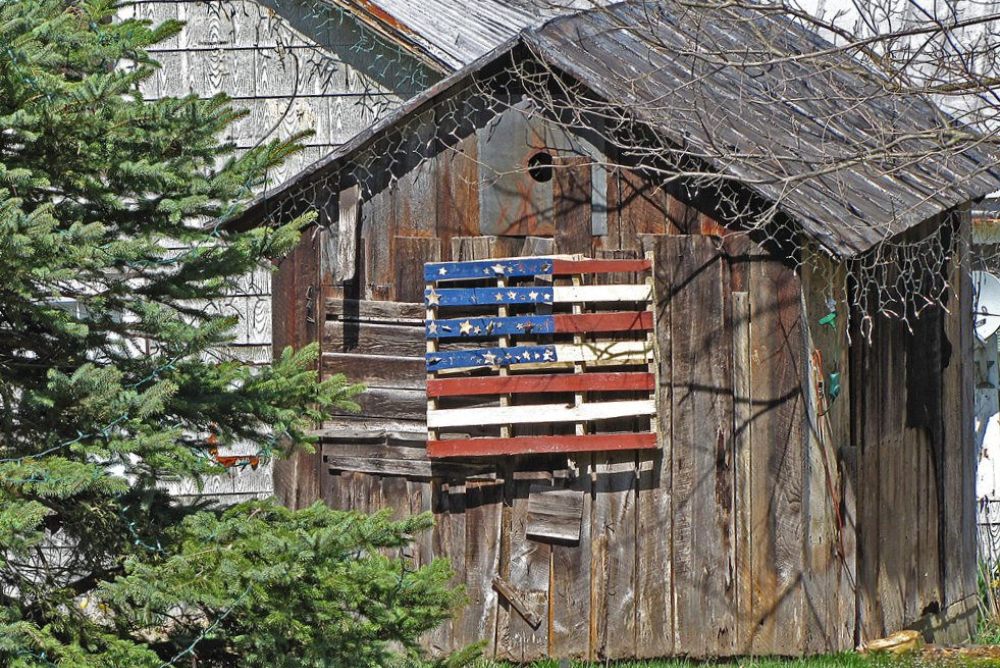 Why do the worst-off American citizens love their country so much?

Patriotism may be defined as a belief in the greatness, if not superiority, of one’s country relative to others. Depending on how one defines the term exactly, somewhere between 85 to 90% of America’s poor are “patriotic.” They would rather be citizens of their country, for instance, than of any other country on Earth, and they think America is a better place than most other places in the world.

This is striking for at least three reasons. First, those are very high figures in absolute terms. Secondly, the corresponding figures for working class, middle class, and upper class Americans are generally lower. And, thirdly, the worst-off in most other advanced nations are also less patriotic than America’s—even in countries where people receive better social benefits from their government, work fewer hours, and have better chances of upward intergenerational mobility than their counterparts in the United States.

Why are America’s poor so patriotic? The short answer is: We don’t know for sure. And we should, because so much depends on the patriotism of poor Americans. Their love of country contributes to social stability, informs and supports America’s understanding of itself as a special place, and is essential for military recruitment. It is also a force that can be tapped into by politicians eager to rally a large contingent of voters.

To understand this patriotism, I spent parts of 2015 and 2016 in Alabama and Montana—two distinctly different states that are both ‘hotbeds’ of patriotism among the poor. I hung out in laundromats, bus stations, homeless shelters, public libraries, senior citizen centers, used-clothing stores, run-down neighborhoods, and other venues. And I interviewed 63 poor Americans of different ages, genders, religious and political orientations, races, and histories of military service.

I came away with three overarching insights.

First, many view the United States as the “last hope”—for themselves and the world. Their strong sense is that the country offers its people a sense of dignity, a closeness to God, and answers to most of humanity’s problems. Deprive us of our country, the people I met told me, and you deprive us of the only thing that is left for us to hang on to.

This feeling of ownership is national and personal. Consider the words of Shirley (all names here are pseudonyms, per my research rules), a 46-year-old unemployed black woman in Birmingham with plans to become a chef: “For me to give up hope on the country in which I live in is almost to give up hope for self. So I gotta keep the light burning for me and for my country or I’m gonna be in the dark.”

In my interviews, people separated the country’s possibilities from their own frustrations; many took full responsibility for their own troubles in life.

That comment connected to a second insight. America appeals to the poor because it is rich. “The land of milk and honey” was a phrase I heard often. The poor see it as a place where those who work hard have a chance to succeed. In my interviews, people separated the country’s possibilities from their own frustrations; many took full responsibility for their own troubles in life. “People make their own life, make their own money the way that they wanna make it and however much they wanna make it,” said Jeff, a white man in a bus station in Billings, Montana.

Many saw this as an American virtue. Here, at least, your failures belong to you. Your chances aren’t taken away by others. “If you fail,” said Harley, a vet now on food stamps, “gotta be bad choices.” This sentiment was articulated with particular frequency by African American interviewees in Alabama—something that particularly struck me, given the legacies of slavery and segregation in that part of the country.

For the same reason, many were confident that the future was about to bring them better things. Several felt that they had just turned a corner—perhaps with God on their side. Rich Americans, they told me, deserve what they have. Besides, they added, look at the rest of the world: They keep trying to come to America. This must be the place to be.

That related to a third source of pride in the nation: America is the freest country on earth. Many of the people I met spoke of feeling very free to come and go from different places, and to think as they wish. America allows people to be as they want, with few preconceived notions about what the good life should look like. Such a narrative took on libertarian tones in Montana.

For some, this included the freedom to be homeless, if they choose. As Marshall, a young, white homeless man, told me in Billings, “it’s a very free country. I mean, I’m actually, I live on the streets, I’m kinda choosing to do that … sabbatical. Nobody bothers me for it; I’m not bothering anybody. I got my own little nook. There are other places in the world where I’d be forced into some place to shelter up or, you know, herded off or … jailed.”

When conversations turned to freedom, guns were often mentioned. Guns give one security and make hunting possible—enabling one to feed one’s self and family. I was accordingly often reminded that Americans rebelled against the English by making guns. Guns equal freedom. And America, thankfully, ensures gun ownership.

Taken together, these conversations helped me understand that the patriotism of the poor is rooted in a widespread belief that America belongs to its people. There is a bottom-up, instinctive, protective, and intense identification with the country. This is a people’s country.

Of course, some of this patriotism is clearly grounded in misconceptions about other countries. One person told me that there are only two democracies in the world: Israel and the United States. Another told me that Japan is a communist country. Yet another that in Germany one’s tongue can get cut off for a minor crime. Many also assumed that other countries are poorer than they really are. But these were almost tangential reflections that further justified—rather than drive—their commitment to the country. They seldom came up on their own unless I asked about the limitations of other countries.

As I completed my interviews and reflected on what I heard from these patriots, I realized that their beliefs about America are not a puzzle to be solved. In America, there is no contradiction between one’s difficult life trajectories and one’s love of country. If anything, those in difficulty have more reasons than most of us to believe in the promise of America.