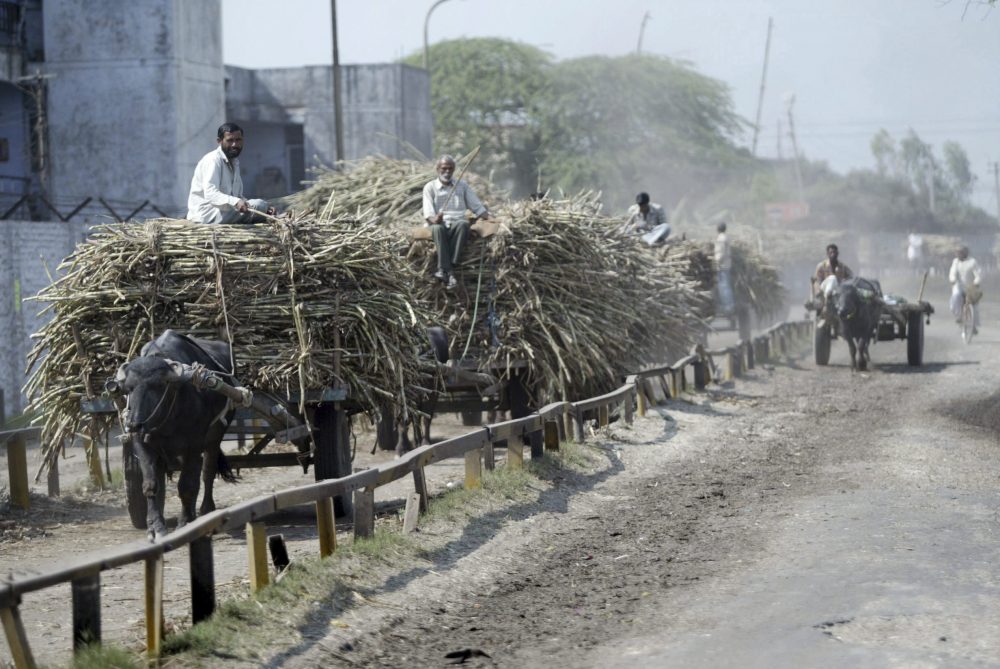 “A few months from now, a group of people will come here with something called an electric car. I need to know whether or not you have the right voltage connection for them to plug in their vehicles. Do you understand what I’m asking for?”

Mr. Dev Reddy, manager of a gas station in rural Anantapur district of India’s Andhra Pradesh looked at me as if he understood. It was 2008, and most people in India had never seen an electric car, but without flinching he took me to a shed to reveal a large plug point, which was used to power an electric sugar cane juicing machine. One look at it and I knew that there was sufficient voltage coming through the connection to be able to charge the lithium-ion battery in the REVA electric vehicles my friends and I would be driving 3,500 kilometers across India.

In 2008, it was folly to imagine India creating new technological solutions to address the climate crisis. For decades India had called itself a victim of climate change and thus incapable of acting to reduce emissions; what’s more, 400 million Indians had no access to electricity at all.

Ten years later, all of that has changed, and now India is a leader in renewable energy deployment while the United States is retreating from its commitments on climate. The story of how India transformed its energy technology outlook—and its relationship with the United States—to address climate change shows what may be possible in the future.

Mr. Reddy’s plug worked out well. Even though electric cars—and a greener path to prosperity—weren’t yet on the radar, my friends and I did manage to drive from the south Indian city of Chennai to the capital of New Delhi in a little convoy with three locally manufactured electric vehicles, a biodiesel truck, an R.V. fueled by waste vegetable oil, and a solar-powered rock band from upstate New York. It was a binational effort, supported by the U.S. State Department and India’s Ministry of New and Renewable Energy.

Our effort at that time was in contrast to the positions of our countries, which couldn’t have been further apart on how to tackle the global climate challenge. India was a signatory to the 1997 Kyoto Protocol to reduce greenhouse gas emissions, while the United States was not. While the United States was participating in the United Nations convention to negotiate a new treaty that would incorporate actions from emerging emitters such as China and India, India pointed the finger of blame squarely at the developed world and argued for expanding coal burning to produce power to lift its people out of darkness and poverty.

In remote villages in the northwestern state of Rajasthan, the Himalayan state of Uttarakhand, and the southern state of Karnataka, I went door to door to find out how people felt about electricity, solar power, and whether they had heard of climate change. Even in places where the grid existed in rural areas, people were without power for 12 to 14 hours a day. Commercial activity in small towns and villages was curtailed when the sun went down. Health clinics were unable to perform their functions with limited lighting and refrigeration, and children were unable to study without adequate lighting at night.

When the United States elected Barack Obama as president in 2008, it marked the beginning of a change in U.S. climate policies and, eventually, Indian ones as well. It also started a new partnership on energy between India and the United States. Obama saw India, a nation struggling to meet its swelling power demand and investment into its energy infrastructure. So energy became a focal point of the bilateral relationship with the launch of a multi-pronged initiative called the Partnership to Advance Clean Energy (PACE). A key pillar of that program was a joint R&D initiative, which brought together scientists and industry from both countries to work on solar energy, building energy efficiency and biofuels.

Suddenly, the two countries became partners in innovation rather than sitting at opposite ends of the climate change negotiating table. By the time that Prime Minister Narendra Modi came into office in 2014, advances in technological innovation had cut the cost of clean energy technologies. Before becoming Prime Minister, Modi had worked at the state level experimenting with deployment of new energy technologies and even had written a book on climate change.

From Missouri to Maharashtra, and California to Tamil Nadu, the challenges are quite similar: integrate vast amounts of new renewable energy into an increasingly strained grid and deploy new smart power technologies to more efficiently manage this complex system.

Almost overnight, policies that once seemed too progressive for India were catapulted towards the moon: The modest goal of installing 20 gigawatts (GW) of solar capacity by 2022 was not enough—India’s central government committed itself to quintupling the amount by the same year. In addition, it aimed to add additional renewable power from wind and small hydro to boost the nation from being one that didn’t produce enough power to one that had a surplus. Soon goals such as “100 percent national electric vehicle fleet” by 2030 were announced. All of this was unthinkable when my friends and I dared drive across the country in our small REVA vehicles.

Together, the United States and India moved away from the narrative of blaming each other to a narrative of how we might collectively address climate change through innovation.

By 2015, during the United Nations climate negotiations in Paris, the United States, along with 21 countries and the European Union, pledged to double their investments in clean energy research and development—India being a lynchpin to this coalition. Even though India was only investing $72 million at the federal level on clean energy R&D, as part of this coalition it could serve as the laboratory for many climate technology innovations.

The Indian government launched an aggressive campaign to turn around India’s image from climate victim to champion. The country’s pavilion at the international arena in the U.N. climate negotiations dazzled guests with an array of holograms and dancing water features that showcased a new India by making a double reference to the ancient yoga concept of “sun salutations” and the country’s solar power ambitions.

Change could take root only in a country that had transformed its electrical energy production and delivery system. In my recent travels through 13 of India’s state capitals, I have seen that there is finally a power surplus. This does not mean that every individual has access to electricity but it is a substantial improvement from the days of rolling blackouts, the likes of which left 600 million people without access to electricity in the summer of 2012.

India’s states have become centers of innovation. For example, Karnataka recently became the first state to come out with an official policy on electric vehicles and battery storage that will enable the creation of a new battery storage innovation center, mandate charging infrastructure throughout the state, and create a program to train an army of electric auto technicians. In the eastern state of Odisha, the state has established a call center for customers who are having issues with their rooftop solar installations to improve quality after sales support and maintenance.

The goal is to provide power, day and night, to all of India’s households by 2019, while simultaneously improving the finances and efficiency of the state-owned utilities, and integrating 175 gigawatts of new renewable energy onto the grid.

The United States, meanwhile, has been regressing at the federal level. President Trump pulled out of the Paris Climate Agreement and cancelled the Clean Power Plan, the nation’s flagship program to reduce CO2 emissions from thermal power plants. No sooner had the United States relinquished the mantle of climate leader than global attention turned to major emitters like China and India. Both nations reiterated their commitments to the Paris Agreement and India’s former Power Minister Piyush Goyal was quoted in early 2017 as saying that India’s drive to act on climate would not be “trumped” by any other nation’s actions.

The United States is similar to India in one way—there is tremendous energy and innovation happening in the States. Over the past year, U.S. and Indian states have led the drive to keep their respective countries in dialogue. Recently, states from both nations came together in New Delhi to discuss avenues for cooperation to manage the “Grid of the Future.” From Missouri to Maharashtra and California to Tamil Nadu, the challenges are quite similar: integrate vast amounts of new renewable energy into an increasingly strained grid and deploy new smart power technologies to more efficiently manage this complex system.

What works and doesn’t in this energy transition will be determined not necessarily by federal governments, but in states and cities and at the grassroots.

Sometimes I imagine myself back on the road in the tiny electric REVA, long since bought by auto giant Mahindra & Mahindra. If I visited Mr. Reddy today, would I still be left to use his outlet in the back shed—or could he now offer me a more formal EV charging station?