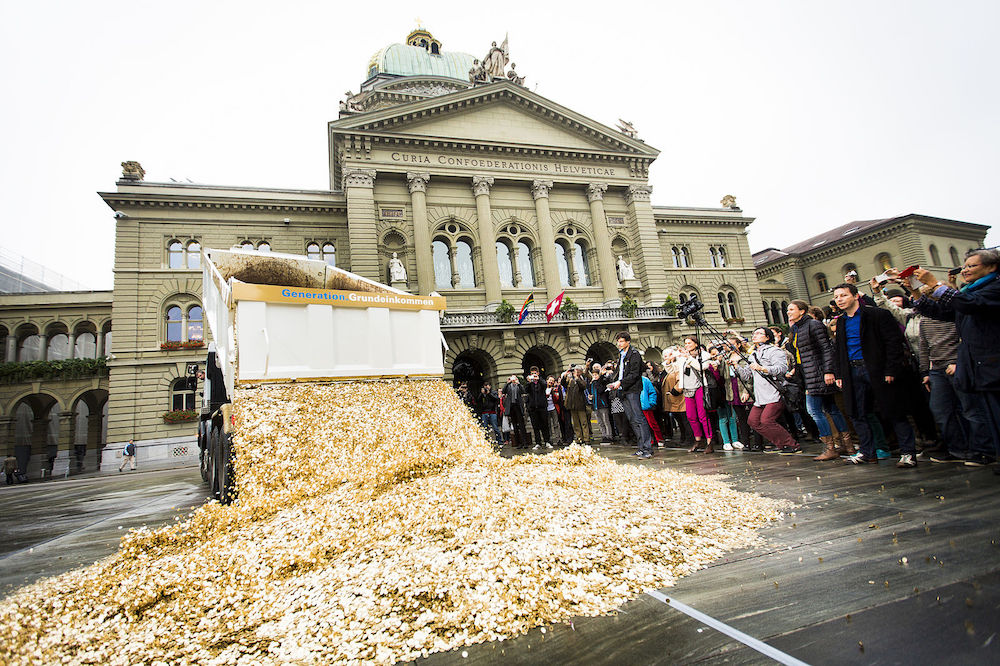 In 1797 Thomas Paine, one of the Founding Fathers of the United States, proposed that a “citizen dividend” be paid to each American and funded by a tax on land. Paine’s proposal—now dubbed Universal Basic Income (UBI) or guaranteed minimum income—is, some 220 years later, coming to California.

Specifically, it is coming to Stockton, a city that declared bankruptcy just five short years ago. Stockton Mayor Michael Tubbs, armed with a $1 million grant funded in part by the tech industry luminaries, is about to engage 100 or so of his constituents in the first municipal-run experiment of UBI in this part of the world.

UBI is not a new idea. Writing on it stretches back to at least 1516, when Thomas More discussed it in Utopia as an alternative to poverty and petty theft, a crime that sent many hungry people to the gallows. The idea also has had modern proponents, from conservative economist and Nobel Laureate Milton Friedman, to liberal economist and Nobel Laureate James Tobin. Martin Luther King Jr. argued in 1967 that a guaranteed income was a moral imperative for a capitalistic society. Modern entrepreneurs Elon Musk and Mark Zuckerberg, following Kurt Vonnegut’s novel Player Piano, advocate UBI as a way to protect the workers who lose their jobs to robots.

But for all of the discussion through the years, including serious consideration during a welfare overhaul under President Nixon, there remains no solid empirical evidence on the impact of “money for nothing.” This is important because UBI discussions have hit the serious policy sphere. The idea made the ballot (and lost) in Switzerland in 2016, entered into the 2017 French presidential election, and is now part of the platform of the left-right PAN/PRD coalition, which has a good chance of winning the upcoming 2018 Mexico presidential election.

All of which might make the experiment in Stockton quite important. In this San Joaquin River town, where the median income is substantially below that of other California places, the UBI transfer will go to some low-income folks who can certainly use the added $500 per month.

The idea of this and other small experiments now underway is to gather evidence on how people respond to UBI. The trouble is that this approach—which mirrors an earlier study in Finland—is doomed to failure because it cannot reproduce the surprising economic realities of how UBI would work in practice. Thus, it won’t really reckon with the arguments surrounding it.

The case against universal basic income was made recently in The National Review by Oren Cass, a former advisor to Mitt Romney. Cass states that UBI “would make work optional,” “create an underclass dependent on government handouts,” and therefore “erode the foundational institutions of family and society.”

Is he right that free money would end the incentive to work? The answer lies in the psychology of work. In his 2015 book Why We Work, Swarthmore College’s Barry Schwartz shows there are other compensations for work—including social interaction with co-workers, the feeling of doing something worthwhile, and the sense of being part of a greater enterprise. Schwartz argues that people don’t just work for money; often money is not even the principal reason they head out into rush hour each day.

To be sure, there is stultifying work that people do for money and nothing else. But most work in the 21st century, when technology has taken over mundane tasks, is not this. Today, it is the absence of work that angers and frustrates people, as the 2016 presidential vote illustrates.

The experiment is doomed for two reasons. First, it is temporary. […] Second, it is $500 a month, and even though Stockton has one of the lowest costs of living in California, this is still not much money.

This points to another problem with Cass’s analysis: his prediction that UBI would create an American underclass leading to social breakdown. UBI can’t create such an underclass, because one already exists—you see it in the torn fabric of American society emanating from the ongoing transformation of the U.S. economy. In their 2014 book Marriage Markets: How Inequality is Remaking The American Family, University of Minnesota professor June Carbone and George Washington University professor Naomi Cahn documented the breakdown of the family among lower-income individuals. In their analysis, the rising inequality in the United States—and the decline of opportunity for those who 50 years ago might have found work in a factory—has resulted in a dramatic deterioration of family, values, marriage, and relationships.

Other researchers have made similar findings. Princeton professor Ann Case and Nobel Laureate in Economics Angus Deaton, who documented the breakdown in their study of mortality rates by class, race, and age, described the falling life expectancy among lower-income Americans as “deaths of despair.” The opioid crisis in America is a stark symbol of just how torn the social at fabric already is.

Which raises the question: Under UBI, how much worse could it get? I suspect the answer is “not much if at all.” Clearly, the current array of social insurance programs has not constituted a solution. But social programs do provide a way that we can validate the economics of UBI and understand what it might and might not do.

Unemployment insurance and workfare programs are designed to get recipients back into the workforce, and thus they have an expiration date. Other social assistance programs, such as Supplemental Security Income (SSI) disability insurance, do not have time limitations. Because these programs are for those without incomes, they limit the amount one can earn and still qualify for benefits. If one is on disability, for example, there is a limited amount of part-time work and income that is allowed before the disability payments are taken away. The same is true with Social Security for those under full retirement age as well as for those on unemployment insurance. This provides a huge disincentive for work.

It’s instructive to compare how the current incentives against work might change under UBI. Consider today’s system first. Suppose our Stocktonian is earning $18,000 per year. Under the new tax structure with the standard deduction, the marginal tax rate for the Stocktonian would be 10 percent and the tax bill $600. So when working, her net income would be $17,400.

How would this be different under a UBI of $10,000? First, the Stocktonian would not be on disability since under UBI that program would not exist. Second, the UBI income would not be taxed and therefore would not go away if she took a job. Thus, the guaranteed payment of $10,000 would lift her take-home income to $27,400. The incremental incentive to take the job now jumps from $6,400 to $17,400, an almost threefold increase.

In this way, UBI increases the incentive to work relative to the current system. This would be true for all of the welfare and social assistance programs that it would replace. Consequently, there would be more work, more GDP, and more taxes to fund the program than before.

There would also be social advantages. Those who re-enter the work force will have higher self-esteem, be more attractive as marriage partners, and have a greater stake in society. And UBI would allow for elimination of today’s elaborate system of checks on eligibility for social insurance, producing a cost saving in program administration that could be applied to funding UBI.

UBI offers another advantage: Today’s system requires that you prove you are unable to work or unable to find work. It is a system in which individuals have to downgrade and disparage themselves. Ask any psychologist whether or not this contributes to depression and low self-esteem (and addiction).

Of course, critics of UBI are right that there will be some individuals who game the system to satisfy their desire to do nothing of value. But by incentivizing work, there will be fewer of such people than there are today. (At least some indolent folks will always be with us if we want to be a society that takes care of our least fortunate.)

Is there a silver lining? Yes, UBI opens up new possibilities for the ambitious. Under the current system, an individual with a great idea for a new product or service who also happens to be a single parent, or have other important family responsibilities, is not apt to strike out on her own to explore that idea, create a new company, and innovate. Such an individual cannot afford the risk. With UBI she can. This means more new businesses, more innovations, higher aggregate productivity and a faster-growing economy. After all, small businesses generate 64 percent of new private sector jobs in the United States.

The biggest obstacles facing UBI involve politics (the instant revulsion to “money for nothing,” as the Dire Straits song put it)—and the lack of data that the current UBI experiments are supposed to give us. So let’s drive the 99 to Stockton and ask why this UBI experiment won’t tell us much.

The experiment is doomed for two reasons. First, it is temporary. The recipients know that the money will only last two years, and that will incentivize them differently than a true UBI. Second, it is $500 a month, and even though Stockton has one of the lowest costs of living in California, this is still not much money. Recipients are going to view it as a windfall and not as part of their expected income. As with all UBI experiments to date, the temporary nature of this study pollutes the outcome. “Can I start a small business and live on $500-a-month knowing that it will go away in 2 years?” our Stocktonian asks. The likely answer is, “Maybe, but what I’ll do if my business goes bust?”

Since we can’t learn from such experiments, pursuing UBI as both an economic and societal solution will require relying on economic theory, and on the empirical evidence that work is valuable, that people want to work, and that they will work, even in a factory, if the disincentives are removed. The only way to find out if Thomas Paine’s idea was the right one is to put it into actual practice.