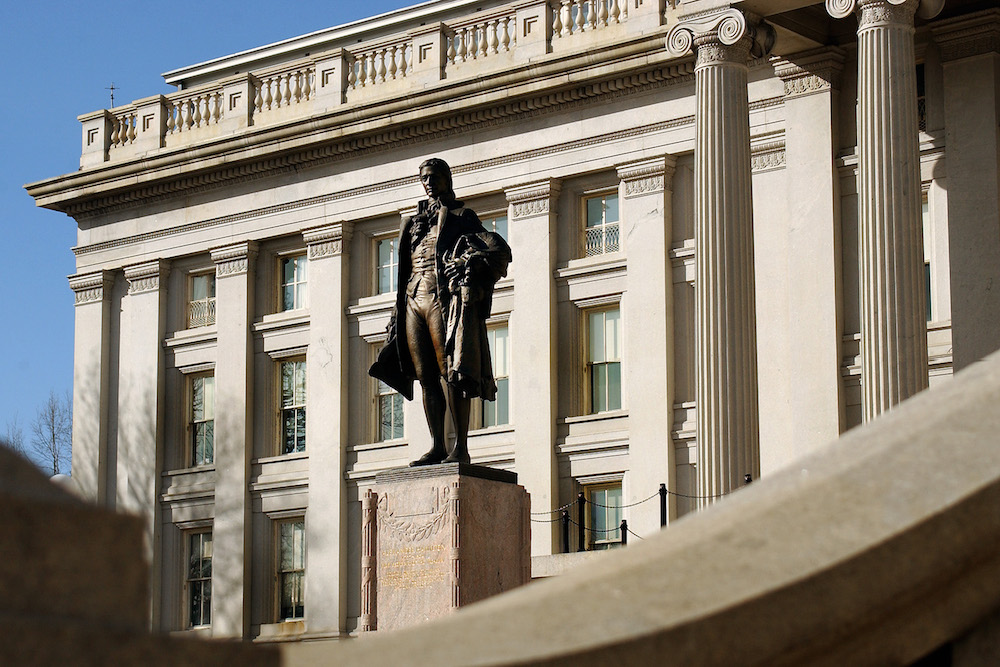 The struggles of America’s cultural outsiders to be included in the country—in the face of disparagement, exclusion, or punishment—are as old as the nation. And, as Alexander Hamilton discovered in the 1770s and 1780s, they cut to the core of what it means to be American.

Before Hamilton reached his political apotheosis in George Washington’s cabinet, he immigrated to the mainland North American colonies from Nevis, an island in the British West Indies. Like his contemporaries Washington and Thomas Jefferson, Hamilton was a British subject, but upon arrival in New Jersey in 1772, he lacked their wealth, familial lineage, elite status, and American roots. In short, he was an outsider—a “Bastard Bratt of a Scotch Pedlar,” as John Adams described him.

Eventually, Hamilton would leverage a combination of service in the Revolutionary War, a strategic marriage into an old New York family, and the professional legitimacy of a successful law practice to transform himself into a member of a new generation of elite Americans.

Following the battle of Yorktown in October 1781, Hamilton returned to his pregnant wife Elizabeth in Albany, New York and began preparing for admission to the New York bar. He was an astonishingly quick study; with only a few months of preparation behind him, Hamilton was fully admitted to practice in New York’s Supreme Court by October 1782. By 1783, Hamilton had qualified to practice in the Court of Chancery as well. Just as Hamilton joined the ranks of New York lawyers, the postwar legal tensions between Patriots and Loyalists intensified.

Hamilton threw himself into the political and legal thick of this battle. During and immediately after the Revolutionary War, New Yorkers were engaged in a bitter struggle to distinguish worthy insiders (Patriots) from traitorous outsiders (Loyalists). The stakes were high; wartime destruction of property, bloodshed, and the lengthy British occupation of New York City made reconciliation a hard sell among New Yorkers divided by their wartime loyalties.

Not only did Patriot New Yorkers liken British-sympathizers in their midst to an “impure nest of Vipers,” but the people of New York also backed legislative efforts to punish and exclude Loyalists by preventing them from enjoying the rights and liberties granted through law and citizenship.

Through a trio of particularly vituperative laws—the Citation, Trespass, and Confiscation Acts—the state denied Loyalists their right to collect debts owed to them as well as their procedural due process rights (including the right to appeal to higher courts, and to wage appropriate legal defenses in court). The state also attainted British sympathizers (thereby declaring them treasonous) and confiscated their property.

[Hamilton] explained that Patriots were setting an insidious precedent through the state’s treatment of Loyalists by dismantling the rights of an unpopular minority.

And so in New York, a revolution fought under the banner of expunging monarchical tyranny resulted in a new form of tyranny: the tyranny of the majority over a powerless, unpopular minority.

By this time—the mid-1780s—Hamilton, having achieved his own insider status, used this newly acquired position and profession to fight against the vindictive wrongs inflicted on Loyalists. The state of New York considered British-sympathizing men and women to be foreign usurpers—no matter that some of them considered themselves to be, in the wake of war, American citizens and no longer British subjects.

Hamilton used the tools of the common law to fight the harshness of New York’s trio of anti-Loyalist statutes. He pursued novel defense strategies in court, appealed to a higher law (the law of nature) over state statute, petitioned the legislature for mercy, exploited legal technicalities, and tried to reason with the people of New York. While publishing essays under the pseudonym Phocion, Hamilton implored New Yorkers to stop punishing Loyalists. He explained that Patriots were setting an insidious precedent through the state’s treatment of Loyalists by dismantling the rights of an unpopular minority.

And if this were allowed today, then what would stop the state from dismantling the rights of Patriots tomorrow?

Eventually, Hamilton’s legal defense of the New York Loyalists was successful. Through state court decisions and changes to New York state statutes (as well as the eventual ratification of the U.S. Constitution and the Bill of Rights), the property and procedural rights of all New Yorkers, no matter their wartime sympathies, were better secured. Almost a century later, the 14th Amendment to the U.S. Constitution continued the work of protecting and preserving the rights of American citizens as well as any person (including non-citizens) in the United States.

Today, Hamilton’s experience defending Loyalists in New York should remind us of two different things. First, for centuries American “insiders” have cleverly and cruelly used law as a tool to exclude, punish, and justify their fears of “outsiders.” And, second, that the law can be used, as Hamilton employed it in his post-war practice, to protect even an unpopular few from a powerful majority.

Hamilton did not resolve the persistent tension at the heart of the American experiment in self-government: Should the popular will in our democracy trump the protections of transcendent law grounded in nature, due process, and constitutional principles? But he set an early precedent that defined the country. To be American is to keep up the fight for certain transcendent principles so that they will always prevail over the prejudices of any era.