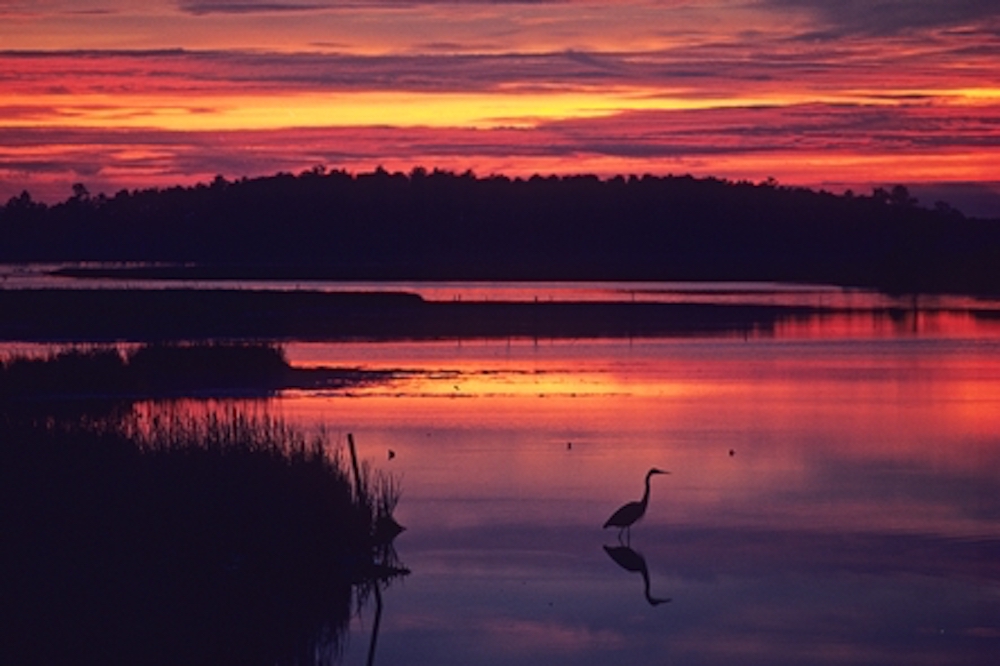 When Captain Christopher Newport sailed into the Chesapeake Bay in 1607 to establish the first permanent English colony in North America, his goal was not freedom.

In that way, Newport, the explorer John Smith, and the other founders of Jamestown were radically different than their rivals in the English colonization of the New World: the Pilgrims, who landed farther north and established the Plymouth colony in 1620. The Pilgrims were religious separatists who endured (and often died) in the alien landscape because they hungered for religious liberty.

By contrast, Jamestown was set up by the Virginia Company of London strictly as a for-profit business. The corporate mission of the colonists was to find gold, as the Spanish did when they plundered the Aztec city of Tenochtitlán almost a century earlier.

When Newport, Smith, and company failed to turn up anything but iron pyrite (fool’s gold) in Virginia, the starving souls of Jamestown finally discovered America’s first profitable business—and their salvation—by cultivating tobacco on fields once farmed by Native Americans.

Thus, the American enterprise was born on the shores of the Chesapeake Bay—with the sale of a deadly and addictive drug grown with African slave labor on stolen land.

Over the next four centuries, the Chesapeake would be central to the formation of American identity—as the artery into which capitalism and democracy flowed into our nation. The Chesapeake Bay drains a 64,000-square-mile area across six states from New York to Virginia, and boasts 11,684 miles of shoreline—more than the U.S. West Coast—with its green folds and crannies sheltering 3,600 species of animals and plants. But the bay’s average depth is only 21 feet, giving its watershed the lowest water-to-land ratio of any coastal estuary in the world—an unfortunate distinction, in terms of the bay’s ability to absorb insults from the land.

The Chesapeake Bay is as shallow as it is rich with life and history, a meeting place for north and south, freshwater and saltwater, rivers and ocean, freedom and slavery. The bay was the site of the defining bloodshed of early American history, including the final battle of the Revolutionary War. And it was down the bay that the Great Liberator, Abraham Lincoln, traveled by steamboat to Richmond to conclude the Civil War and hear the songs of former slaves.

This combination of clashing ingredients is why it is important for people to learn about and protect our nation’s largest estuary. If we Americans disregard the Chesapeake Bay as simply a place to dump our pollution or dredge up crabs and oysters, we are essentially dumping on our own heritage. To respect ourselves, we need to respect the Chesapeake Bay.

The betrayal of the Chesapeake began early, with the tobacco plantations of the colonists triggering the runoff of soil that clogged streams and smothered the rocky river breeding grounds of sturgeon. Later, cities like Richmond, Baltimore, and Washington used the waterway as an open sewer.

For the last 35 years, Maryland, Virginia, and the other regional states and federal government have spent billions of dollars in a campaign to clean up the bay. The partners upgraded 107 of the region’s largest sewage treatment plants—about a quarter of the total, with Maryland, the District of Columbia, and Virginia doing far more than Pennsylvania, New York, Delaware, or West Virginia. Overall, this bay restoration effort has produced only limited progress, with the overall health of the bay receiving a grade of 48 out of 100 in 1986 and 47 in 2010, followed by a slight increase 54 in 2016, according to water quality monitoring analyzed by the University of Maryland Center for Environmental Science.

The underlying reason for the struggle in restoring the bay has its roots in the history of English colonization: a cultural assumption that we’re all here for the money, not for spiritual reasons or to integrate into the surrounding environment. It is American tradition to label the bay—and other grand bodies of water—not as ecological masterpieces that should be cherished and protected, but as natural “resources” that were made for our paychecks. The bay is where we scoop up seafood, drain farmland, empty sewer pipes, and build scenic backdrops for real estate developments.

“Save the Bay” has been the war cry of clean water activists for half a century. But the hard truth is that we can’t both save the bay and save the culture built on exploiting the bay. A classic example of this is with oysters. The shellfish were, at one time, so numerous in the Chesapeake that ships ran aground on their reefs as they sailed into the bay. Oyster harvesting was such an iconic part of Chesapeake life that the writer H.L. Mencken described the bay as “an immense protein factory” (note his language, which was all business).

The Chesapeake Bay is as shallow as it is rich with life and history, a meeting place for north and south, freshwater and saltwater, rivers and ocean, freedom and slavery.

Because of more than a century of rampant overharvesting, as well as more recent diseases and pollution, the oyster population is now at about one percent of historic levels. To reverse this downward trend, former Maryland Governor Martin O’Malley in 2009 established no-harvest zones in 24 percent of the state’s portion of the bay. (Virginia, home to southern half of the bay, used a different system, called “rotational harvest,” in which watermen are allowed to harvest oysters from protected reefs only every two or three years.) The new protected zones worked, especially in Maryland. The population of oysters in the bay doubled between 2010 and 2014. To help watermen transition from wild oyster harvesting to the more sustainable livelihood of farming oysters, the state offered watermen low-interest loans. The number of aquaculture businesses in Maryland multiplied from three in 2010 to more than 100 today.

But as soon as O’Malley left office in 2015, the seafood industry lobby captured the ear of incoming Governor Larry Hogan and argued for eliminating or shrinking the oyster sanctuaries in Maryland. The Hogan administration proposed reducing the no-harvest zones and opened up 10 “harvest reserve” areas—semi-protected zones—to dredging. “Hogan is a businessman,” Robert T. Brown, president of the Maryland Watermen’s Association, told me in an interview for my book. “Maryland is a big business, and the seafood business is a big business, and you’ve got to run (the bay) like a business.”

Not many businesses can survive for long with more than 99 percent of their stock depleted. The bay badly needs a break to restock. But Brown’s opposition to any moratorium on oyster harvesting expresses the same sentiment as was voiced centuries ago by the directors of the Virginia Company, as they hounded the Jamestown settlers to do something—anything—to wring gold from the dirt. Their tobacco plantations produced a stream of pollution into the Chesapeake Bay, but worse was the stain they left on the American character.

We can overcome that mark and clean up the bay and other waterways across the country. But first, we need to rethink why we’re here in the first place.