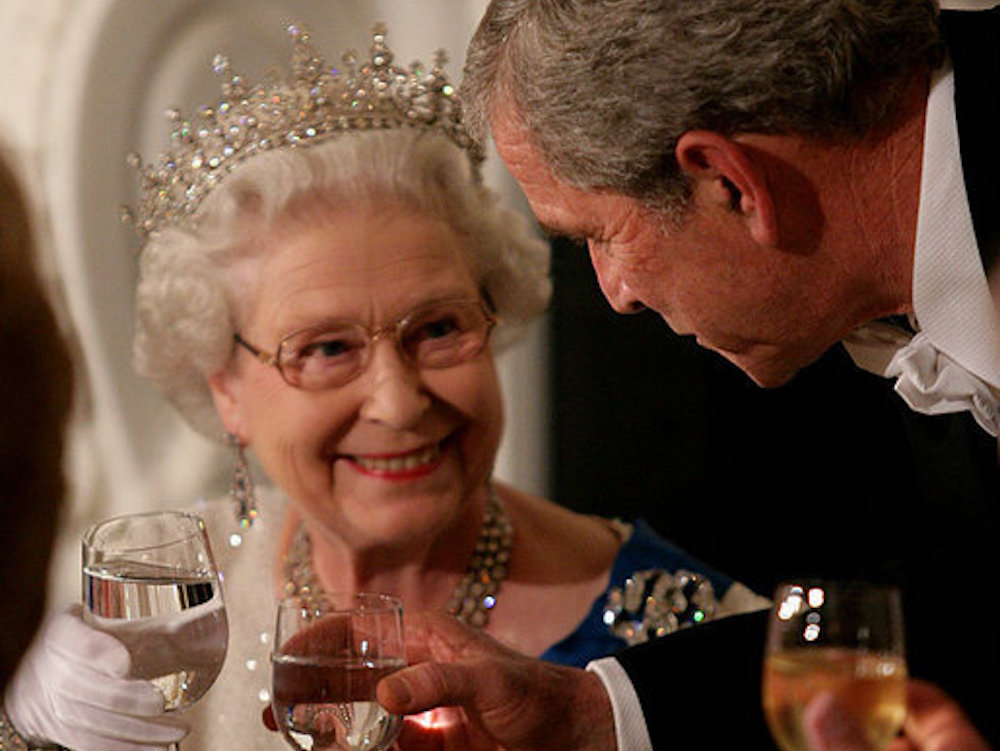 I had lived in England for three years when Eats, Shoots and Leaves struck in 2003. English writer Lynne Truss’ “zero tolerance approach to pronunciation” became a British publishing phenomenon—helped along by its fun title and its naming and shaming of proofreading sins. By that time, I’d begun learning the many ways in which U.K. punctuation norms differ from my native American, and I was working to become a punctuation “bilingual” so that I could more appropriately correct the work of my British students.

So I was bemused when the book went on to become a publishing phenomenon in the United States—with no changes from the British edition. Not only did it refer to full stops and inverted commas rather than periods and quotation marks, but its rules for how to use them were very British. Noting some inconsistencies in the punctuation of the book itself, a reviewer in The New Yorker claimed that, “An Englishwoman lecturing Americans on semicolons is a little like an American lecturing the French on sauces.” And yet the book spent three weeks at number one on The New York Times bestseller list.

Why? Why did Americans eat this book up? When I began writing my own book about the linguistic competition between British and American English, I took advantage of the fact that Truss lives near me in Sussex and invited her for tea. She could not have been more gracious about me questioning why her book was such a success in the United States. She responded that she didn’t understand it either.

But, really, I think she and I both knew the reason: because Americans are generally very willing to believe that the English must know better than us when it comes to our common language. It’s a phenomenon I call American Verbal Inferiority Complex.

I am a mostly recovered AVIC sufferer myself. In my student days in Illinois, I assiduously cultivated habits I thought of as “English”—putting the numeral first when writing the date, inverting the R and E in theater, acquiring a taste for Pimms (the liqueur one drinks at Wimbledon), and even occasionally pronouncing schedule with a “sh.” I’d never set foot outside North America, but I was willing to bet my scones that England had a more sophisticated and appealing culture and that the English there was somehow better than mine.

The cure for my verbal inferiority complex was almost too simple: I moved to England. There, the things I had been taught were “careful” use of the language—distinguishing between which and that, and further and farther, using the subjunctive voice, putting commas in particular places—well, nobody in England seemed to care about them.

I’d assumed that the rules I’d learned had come from England, but every English university document seemed to have half as many hyphens as it needed. My students used prevaricate to mean procrastinate. When I proofread a fellow linguistics lecturer’s report and replaced a try and with try to, he changed it back, with a comment along the lines of “we’re not that petty here.” From afar, I had admired British English as “proper” and “precise” and “educated.” But when I got there I found that some of the things I thought made an elegant writer or an educated speaker were generally absent among the elegant writers and educated speakers I now interacted with.

I had been raised in the American Church of the English Language. I had listened to the sermons of my teachers and read its scriptures. Like millions of American students, I’d been given a Merriam-Webster’s Collegiate in high school and bought Strunk and White’s The Elements of Style for the required freshman writing class at college. I went on to support my graduate-student self through editing, and so I acquired tools of the trade: The Chicago Manual of Style, the American Psychological Association Publication Manual, the MLA Handbook. I had been a willing disciple of the idea that formal English has rules that are written down and should be consulted. As a linguistics student, I knew that this particular set of rules wasn’t the only set of rules—these rules weren’t even, objectively speaking, the most logical or historically true rules. But I had faith that the books provided the code one needed to write in “educated English.”

Which is why it was a shock when I didn’t find the same kind of religion in educated Britain. It wasn’t just that there were different rules for British English than for American. There wasn’t the same codification of linguistic rules. My students had no equivalent of Strunk and White. The U.K. style books were mostly much more slender than the American guides I was used to consulting. My university colleagues complained about publishing in American journals, where they felt their prose had been deracinated by worshippers of Chicago style.

I understood their complaints when my book was edited by its U.S. and U.K. publishers. The British copy editor told me from the start that she wouldn’t interfere much because she trusted me. The American one made hundreds of changes. British writers, editors, and the thinner British style guides all agreed that at least some of the rules I followed were better left as matters of personal judgment, that we should play grammar by ear.

The cure for my verbal inferiority complex was almost too simple: I moved to England.

This should have made me feel freed from the bonds of the silly rules that were drilled into me. And I mostly do feel freer. My linguistic training tells me that the “playing it by ear” method is the right way to go. Thanks to that training, I know that artificial grammar rules don’t help us to express ourselves, they just try to make us fit our ideas into a smaller linguistic box. The rules exercise a certain social control, marking out some Englishes as “less worthy” than others, adding to our insecurity about whether we speak or write “correctly.” That’s not to say that anything goes in places where the rules aren’t written. Britain has plenty of unwritten rules to follow when speaking, and the reason the style guides can say “play it by ear” is that they’re fairly confident that they’re speaking to people with a certain kind of social and educational background.

So while rules like “don’t end a sentence with a preposition,” or “don’t start a sentence with but,” can be done without (see what I did there?), the values underlying the American urge to write down rules are something I can admire. I see them as comparable to the U.S. Constitution. Unlike the British, Americans had the idea to write their constitution down all in one place, where there could be little ambiguity about which rules should be followed. That way, citizens’ rights and responsibilities were spelt out clearly for everyone. Of course, there are still ambiguities—our fights over the Second Amendment make that clear. But, having grown up with the idea that things like the right to free speech should be laws rather than traditions, I’m rather attached to all that writing-down.

The tendency for our dictionaries and style books to make “hard rules” can give us, in a sense, more egalitarian access to higher-status forms of English. If the rules can be accessed in a book in a public library, you don’t have to go to Harvard to know what they are. If the rules offer few options, you don’t have to rely on having “good breeding” or “a good ear” to know which phrasing to pick.

If frontier boy Abraham Lincoln could train himself to be a great politician and orator by studying grammar books on his own, maybe so can the child whose school isn’t the greatest or whose first language isn’t English.

The downside is that American adherence to unambiguous rules feeds American verbal insecurities. Many style guides and dictionaries are mellowing their advice these days, but the real key to divorcing ourselves from our insecurities is to imbue those rules with less power. Perhaps we can take a leaf out of my British copy editor’s book and trust the writer, paying attention to their message, and not their split infinitives.