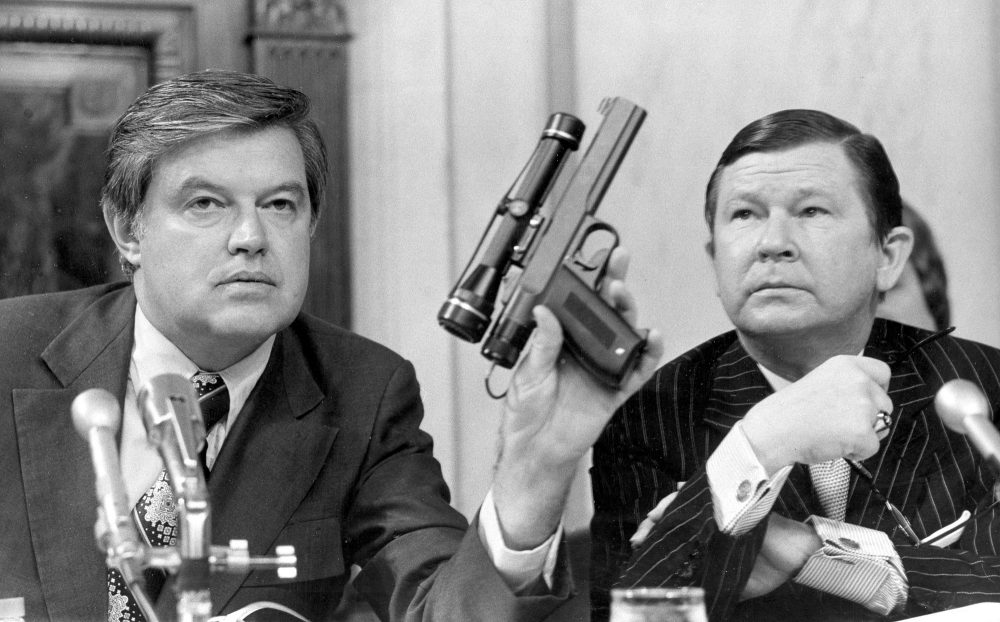 Since its beginnings, the United States has deployed secret services to advance the nation’s interests. Today, 17 major organizations make up America’s so-called Intelligence Community. From 1787 until 1975, the nation’s policymakers viewed their spy agencies as an exception to the normal oversight procedures of government. Thus, the “auxiliary precautions” (checks and balances) successfully advocated by James Madison at the constitutional convention in Philadelphia would not apply to the dark side of government.

As Madison well might have predicted, allowing America’s secret agencies to operate free of the checks and balances spelled out in the Constitution would lead to an abuse of power. In 1974, a domestic spy scandal carried out by the Central Intelligence Agency (CIA), and exposed by The New York Times, challenged this intelligence exceptionalism and brought the espionage services into the framework of government accountability that has been a hallmark of America’s democracy.

In 1975, the Church Committee—led by Senator Frank Church (D, Idaho), for whom I served as an aide—uncovered CIA espionage operations directed against anti-Vietnam War protesters (Operation CHAOS); covert schemes perpetrated by the Federal Bureau of Investigation (FBI) to ruin the lives of these protesters and of individuals involved in the civil rights movement (Operation COINTELPRO); and National Security Agency (NSA) wiretapping aimed at the telephones of American citizens (Operation MINARET) and the reading of their international cables (Operation SHAMROCK).

The CIA accumulated files on 1.5 million American citizens; infiltrated media, academic, and religious groups inside the United States; and plotted assassinations against foreign leaders in developing nations. The smear tactics of the FBI were intended to blacken the reputations of antiwar and civil rights activists, from the lowliest volunteers to the top leaders. The NSA leaned on flimsy executive orders from the days of the Truman administration to pursue MINARET and SHAMROCK targets throughout the next five presidencies (Dwight D. Eisenhower through Gerald R. Ford), without obtaining renewed authority from any of these White Houses or from Congress.

In the aftermath of these intelligence excesses, in 1975 the Congress moved dramatically (and largely in a bipartisan manner) to stretch the constitutional canvas over the hidden side of America’s government. At the end of its inquiry, the Church Committee successfully advocated the creation of a permanent standing committee for intelligence accountability, known as the Senate Select Committee on Intelligence (SSCI). The next year the House followed suit by establishing the House Permanent Select Committee on Intelligence (HPSCI). 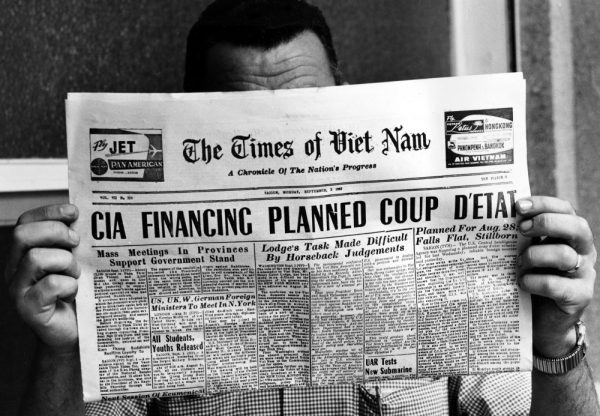 Front page of the Sept. 2, 1963 edition of The Times of Viet Nam, published in Saigon. Photo courtesy of Horst Faas/Associated Press.

In addition, Congress passed legislation to give those two new committees meaningful authority. And with the enactment of the Intelligence Oversight Act of 1980, the executive branch was required to report to Congress not only on covert actions but also all other significant intelligence activities prior to their implementation. This was a powerful standard of ante facto reporting. With these changes, lawmakers became genuine partners in the intelligence domain, just as the Constitution had prescribed for every other policy pursuit.

Since then, the vigor and success of congressional accountability over intelligence activities has fluctuated from then until now, with a series of high points during the Carter years—the 1980 Intelligence Oversight Act among them. There were several low points: the Iran-Contra scandal of the Reagan administration, followed by NSA violations of the law (including the collection of social media “metadata” and the use of warrantless wiretaps against U.S. citizens), and the CIA’s adoption of a torture program in the crucible of fear that followed the 9/11 attacks.

Still, the difference in accountability between the pre-Church Committee era of benign neglect toward the nation’s secret agencies and these post-Committee problems was as stark as night and day. With the Trump Administration, though, intelligence accountability has encountered serious new setbacks.

The President has co-opted the HPSCI Chairman Devin Nunes (R-California), who was a member of Trump’s transition team. And the SSCI Chairman, Richard Burr (R-North Carolina), has been a weak overseer, until very recently. Now, to his credit, Burr is leading a relatively bipartisan probe into possible Russian pro-Trump interference in the 2016 presidential election, but he, too, has periodically displayed a fawning posture toward the White House.

This current moment is a good time to think about the fundamental ingredients for the success of spy accountability, of which there are two. Unfortunately, both ingredients are often in short supply.

Nevertheless, even this basic requirement is often absent. A vivid illustration occurred during the Church Committee inquiry, when a Defense Department truck delivered reams of documents to the panel’s guarded doorstep at the Senate Dirksen Office Building—enough to keep the staff busy for weeks. The problem was, as DOD well knew and the committee soon found out, the mountain of papers was merely a gimcrack devoid of a single useful paper. For the Defense Department—fortified by the triple steel of practiced evasiveness—stonewalling was the name of the game as it single-mindedly hindered and obstructed the committee at every turn. More recently, the second Bush Administration waved off congressional concern by assuring the SSCI Chairwoman, Dianne Feinstein (D-California), that the CIA’s torture tactics merely involved a bit of “tummy slapping.” In fact, the Agency was engaged in widespread waterboarding and other cruel interrogation methods.

When it comes to intelligence accountability, a good many legislators have failed to show up for work.

That’s another reminder of the vitality of the second ingredient for successful intelligence accountability: the will of individual members of Congress to engage in a meaningful examination of spy programs. That requires aggressiveness. One former special assistant to Director of Central Intelligence William J. Casey (of the Reagan Administration) urged the 9/11 Commission to pursue its investigative responsibilities with a “helicopter-raids-at-dawn, break-down-the-doors, kick-their-rear-ends sort of operation.”

Unfortunately, oversight is rarely like that. The truth is that most lawmakers on SSCI and HPSCI rarely even make it to executive-session hearings, let alone conduct helicopter raids on the CIA or the NSA. Only approximately one-third of the total SSCI and HPSCI membership participated, on average, in executive session hearings during recent years, according to my interviews with staff on these committees. While a professor at Princeton University, Woodrow Wilson famously wrote that “Congress in committee-rooms is Congress at work.” When it comes to intelligence accountability, a good many legislators have failed to show up for work.

Ultimately, it is incumbent upon all Americans to take a more active role in demanding the protection of this nation’s fundamental constitutional liberties, electing only those who vow to take intelligence accountability seriously. The security side of the equation is well represented by the intelligence bureaucracy and its allies in the private sector (such as drone and satellite manufacturers). But the counterbalance of a well-organized and well-funded coalition of privacy groups has yet to form coherently in the United States.