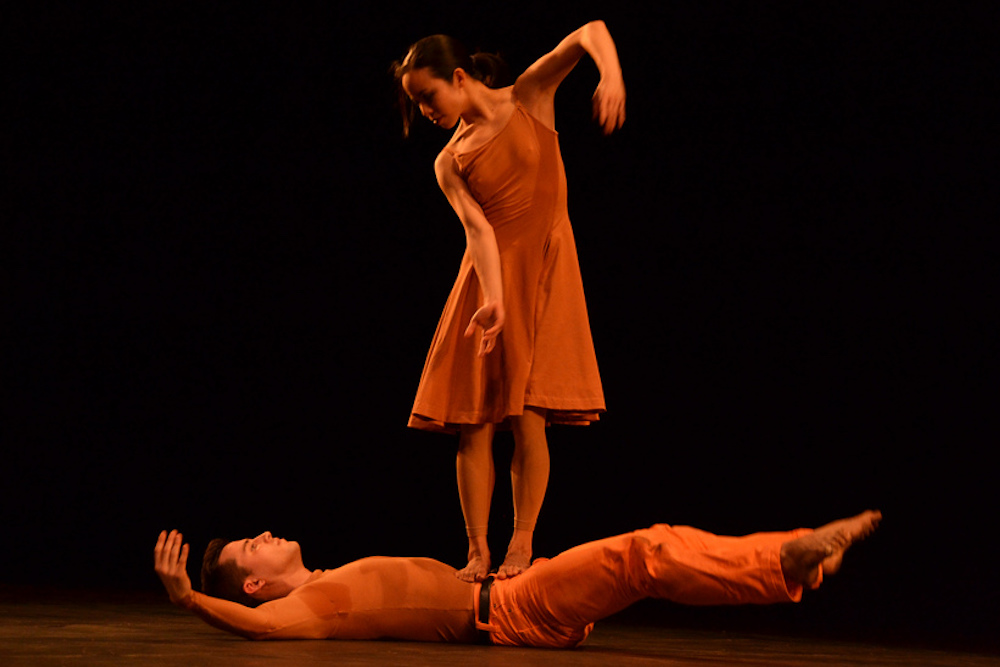 My career as a dance critic really began when I was six years old, though I didn’t know it. My mom signed me up to take a creative movement class at a local West Los Angeles park. The specific details of this long-ago outing are too deeply buried in my memory to dig up. I do know it was centered not on learning a dance technique, but on imaginative play and natural movement—running, crawling, and whirling about. My sharpest recollection is of a recital performance in a recreation room and a dance we did with umbrellas as props—or maybe we pretended to have umbrellas—and I have a sense that we enacted being caught in a downpour.

What I remember most of all is that I was completely smitten with this dance thing.

A friend later suggested we try ballet, and I was all in. Within a few months, though, she had dropped out, while I became even more committed. In college, I tried modern dance, then jazz, and, decades later, an oh-so-brief stint at tap dancing. As a teen, I was clear-eyed enough to know I was not ballerina material. But I had other ambitions. I was a voracious consumer of newspaper and magazine arts sections, and by the time I was 15, I had decided I would become a dance critic.

What an absurd aspiration! Maybe a dozen people in the whole country were making a living writing about dance. But my passion was born out of doing, in the same way that millions of children play and compete at soccer, football, baseball, volleyball, tennis.

My own muscle memory of waltzing, spinning, and grand jêtés developed into and fostered a love for observing others performing those same steps, which is not so different from how children who play Little League end up becoming diehard baseball fans.

Learning to appreciate dance in its many forms was a little bit like learning to eat. Because most of us like to move our bodies, even a little, anyone can understand and enjoy a dance performance. You don’t have to know the meaning of specific gestures. Early on, I was most impressed by the obvious things like a performer’s physical prowess and remarkable athletic feats. I would sit up in the balcony at L.A.’s Dorothy Chandler Pavilion to see American Ballet Theatre, where company stars Cynthia Gregory and Fernando Bujones were first crushes.

The dance world cracked open a little more each time I tried something new; it was like tasting an unusual dish in a different country. At UCLA’s Royce Hall, the Martha Graham Company shook up my entrenched stereotype that modern dance was not as masterful as classical technique. It certainly was. I remember how elegant the dancers looked, how stretched and tall. And I was struck by the stylized movement, the Graham contraction in which the torso is concave, almost scooped out. The heroic emotions of Graham’s storytelling touched me in a way I hadn’t anticipated.

Twyla Tharp’s “The Fugue” was another memorable performance, further busting down my preconceptions and expanding my ability to appreciate. It was stark, simple, and yet miraculous: three performers making dance and music simultaneously, the only sounds consisting of feet hitting the amplified stage.

About the same time, I had my first encounters with the works of modern dance pioneers Paul Taylor and Merce Cunningham. I was mesmerized by the physicality of Taylor’s work and baffled by Cunningham, whose dances seemed, to me, to meander without meaning and I could not decipher the strange body shapes he devised. I had to learn about his movement experiments, how he ordered sections by chance “operations,” such as flipping a coin. When I was still looking for harmony and narrative, I learned that Cunningham believed movement and music existed in separate universes, even if they accompanied one another. Watching Cunningham changed the way I see—and criticize—dance forever, because it forced me to see dance not only with my own eyes, but through the lens of the creator’s intentions.

I aimed to create my own piece of artistic writing that could stand on its own worthiness.

In 1983, I moved to New York and was lucky enough to start my first regular reviewing gig for a Brooklyn weekly newspaper just as the Brooklyn Academy of Music launched its Next Wave Festival. That festival was a groundbreaking series for large-scale dance, music, and theater and it introduced me—all at once—to envelope-pushing dance by an extraordinary generation of original-thinking artists of the United States and Europe: Pina Bausch, Mark Morris, Bill T. Jones and Arnie Zane, Anne Teresa de Keersmaeker and others.

At the same time I was watching all of this avant-garde work—Bausch covered the stage with a thick layer of loamy dirt for her version of “Rite of Spring”—I was also trying to figure out neo-classicism, the style of ballet without an overt story, but which was wedded to the score in ways that required I have a more thorough knowledge of music, too. I got a subscription to the New York City Ballet the year after George Balanchine, the co-founder, died.

What looked like a professional life was also a personal life that I was carving out for myself. Without fully realizing it, seeing dance, and also going to museums, galleries, plays, was becoming more and more a defining part of who I am.

Dance is both inside and outside the mainstream of life. In this country we have a finicky and complex relationship to the arts. A 10-year comparison of the National Endowment for the Arts’ public participation surveys found that audiences attending live performing arts events have declined slowly, but 70 percent of Americans in the 2012 NEA survey said they watched art (including dance) electronically. Sure enough, dance keeps cropping up in pop culture, demonstrating that it’s still a powerful force—whether it’s the nearly 23 million views for Hozier’s “Take Me to the Church” video starring Ukrainian ballet superstar Sergei Polunin, or the longevity of hit television shows such as “Dancing With the Stars.” 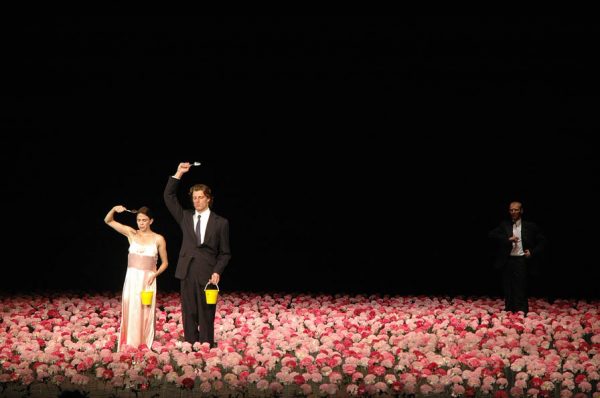 My first reviews were mediocre—or worse. I used to think a critic’s job was to educate the reader. But I developed a different understanding of my role in the triangle that is the artist, audience, and critic, thanks to all those years of learning about contemporary dance and art. I wanted my criticism to tell the reader what the dance looked and felt like; what was good or bad about it and why; and to put the company and the performance in its proper context. I aimed to create my own piece of artistic writing that could stand on its own worthiness.

I also came to understand that I was witnessing and writing a slice of history. In 1973, the Joffrey Ballet and Twyla Tharp’s company came together to perform Tharp’s cross-over dance “Deuce Coupe,” with music by The Beach Boys. Soon after, other choreographers started picking apart the virtual wall between modern dance and ballet. Now, 45 years after the premiere of “Deuce Coupe,” a fusion of ballet and modern dance is the ubiquitous and dominant style. Some ballet-lovers have despaired that, even though 19th-century classical ballet is still taught through rigorous daily classes, stylistically appropriate performances of traditional story ballets will disappear. I, too, would mourn the complete loss of classic portrayals of, for example, “Sleeping Beauty” (by Marius Petipa, 1890) or “Giselle” (by Jules Perrot and Jean Coralli, 1841). But I’m being optimistic, and I don’t think that will happen entirely because these traditional ballets still sell well. On the other hand, dance is carried forward through oral tradition, and with each passing year it becomes ever more difficult for dancers to perform these 19th-century pieces with artistic integrity.

As the dances and dancers have changed, so have the critics. Many newspapers have laid off their arts critics, disrupting that artist-audience-critic triangle. Dance companies and artists can directly reach out to their fans through the internet. But the best critics supply context and that all-important impartial authority that can’t be replaced by stories written by the marketing department. I and other critics have artists begging us to keep writing reviews.

But one thing I feel is that dance is kinetic and you don’t have to know everything about it to find pleasure and discover gratification in a performance. Most choreographers care less about the audience deciphering their specific meaning and process, than they do about viewers feeling stimulated by what they see onstage.

Which brings us back to creative movement. That’s what dance is—movement born from a creative impulse. Just bring a little imagination, an inquisitive nature, and your youthful muscle memories, and you’re prepared for any dance performance.